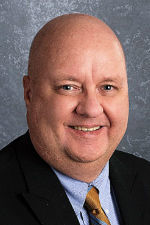 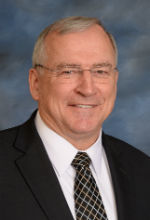 MARIETTA — Construction work will soon begin at Pebblebrook High School, Osborne will see rock blasting and the district will borrow $100 million to make 2020 projects like those happen, after unanimous votes from the Cobb school board on Thursday.

District takes out $100 million in loans

Out of nine bidders, the school board approved investment banking company Morgan Stanley’s 0.946% interest rate bid on the $100 million in loans that district officials say will save Cobb schools 4% to 5%.

Chief Financial Officer Brad Johnson said the short-term loans will be used for projects funded by the latest voter-approved special 1% sales tax for education (SPLOST V) and must be paid back by Dec. 16.

Borrowing money for SPLOST projects has become a yearly affair for the district. Last year, the school board approved $90 million in loans. Last year’s interest rate was set at 1.72%. The winning bidder was also Morgan Stanley.

Taking out loans at the start of a new calendar year, instead of collecting revenues on a monthly basis, expedites construction on SPLOST projects and saves money as construction costs continue to rise.

With this year’s interest rate, the district will pay more than $1.4 million in interest on the loans, but with construction cost savings of $2 million to $2.6 million, will end up saving $600,000 to $1.1 million overall, according to Johnson.

The school board approved a $1.6 million contract with R.K. Redding Construction, Inc. for a new field house to be built at Pebblebrook High School in Mableton.

The new field house construction will set in motion the rest of the campus improvements outlined under the latest SPLOST, including a new gym, new theater and additional classrooms, according to Superintendent Chris Ragsdale.

The field house is expected to be complete in late June, and the other Pebblebrook projects will be put out for bid in February.

The board also approved a $1.7 million contract with Carroll Daniel Construction for blasting and removal of rock at Osborne High School.

Construction is underway on some Osborne campus improvements, as well as the new career academy expected to open there this fall, but some portions of the campus have proved more difficult than others, thanks to underground rock, district officials say.

The contract approval allows contractors to break up and remove rock from under existing buildings slated for demolition, according to the agenda item.

“A million point seven, that’s a big rock,” board member Randy Scamihorn at the board’s afternoon meeting, prompting chuckles from the audience. “I’d like the public to know that this is a substantial amount of money, but it’s going to take expertise to make sure we get that rock out of there to make sure we’re not hurting anybody.”

“And it might be more than one rock down there,” added school district attorney Clem Doyle.

No students would be present during rock blasting, according to Marc Smith, chief technology and operations officer.

In other business, the board:

♦ Appointed board member David Chastain the board’s liaison to the Facilities & Technology Citizens Oversight Committee; and

♦ Re-appointed existing F&T Committee members, with the exception of board member David Morgan, who said he would make his appointments later.

Afghan deal will be hard to assess, fraught with pitfalls