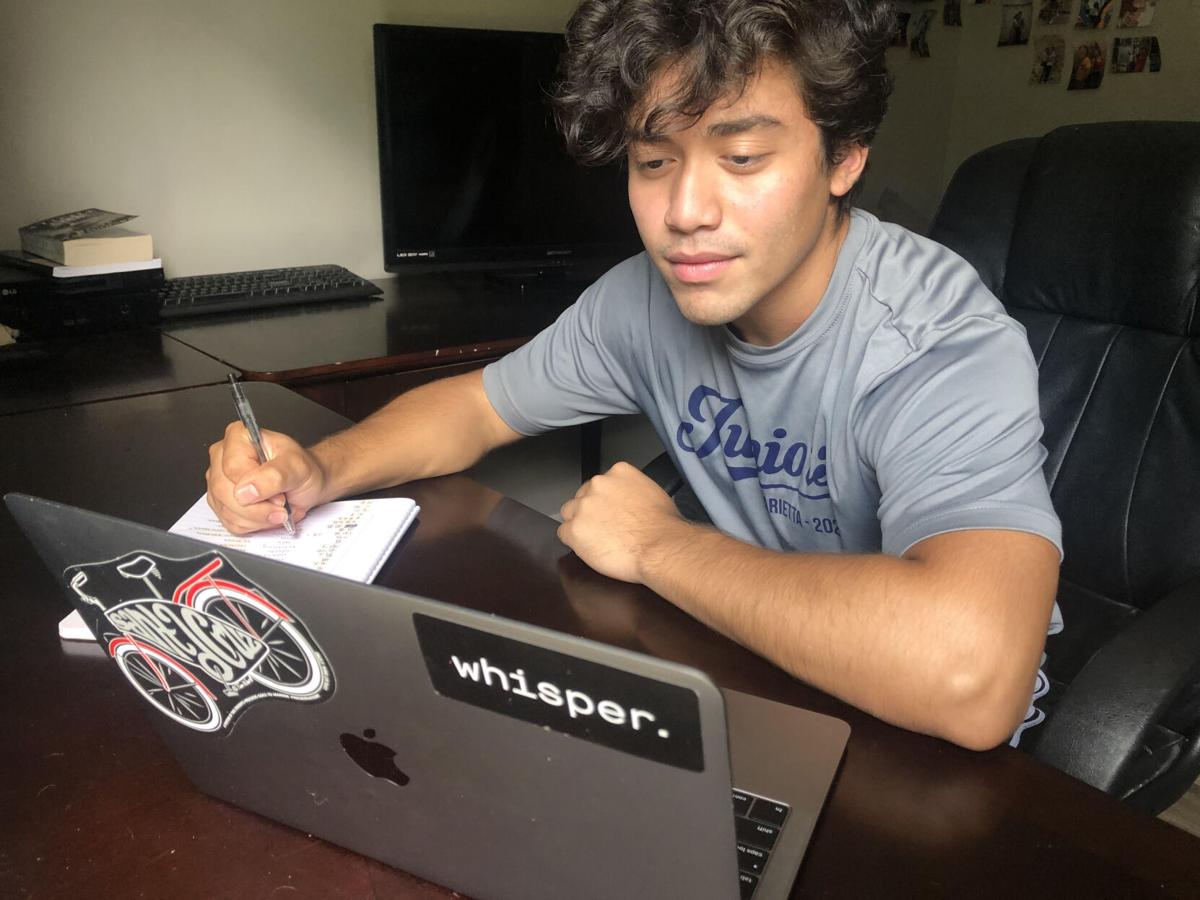 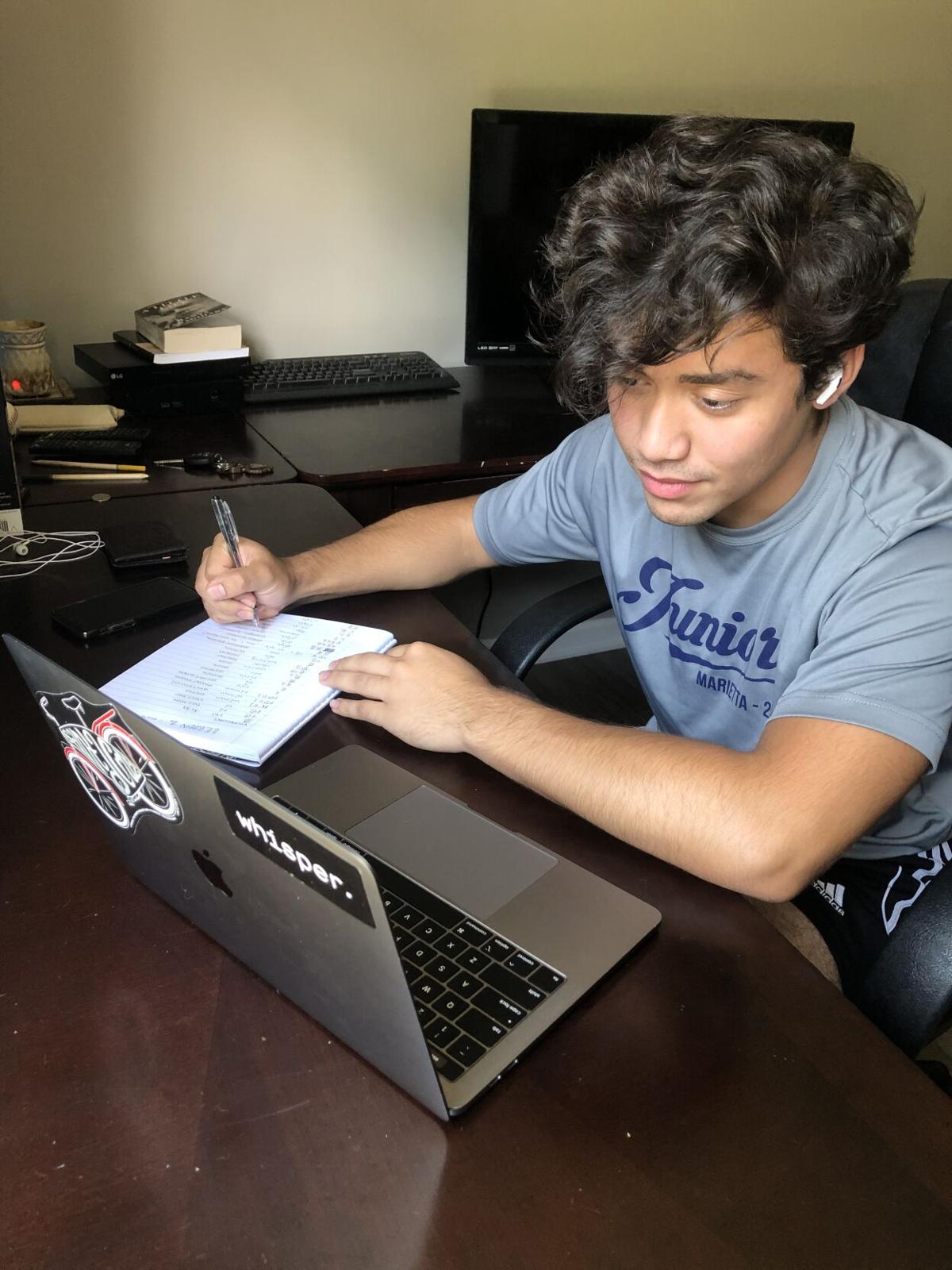 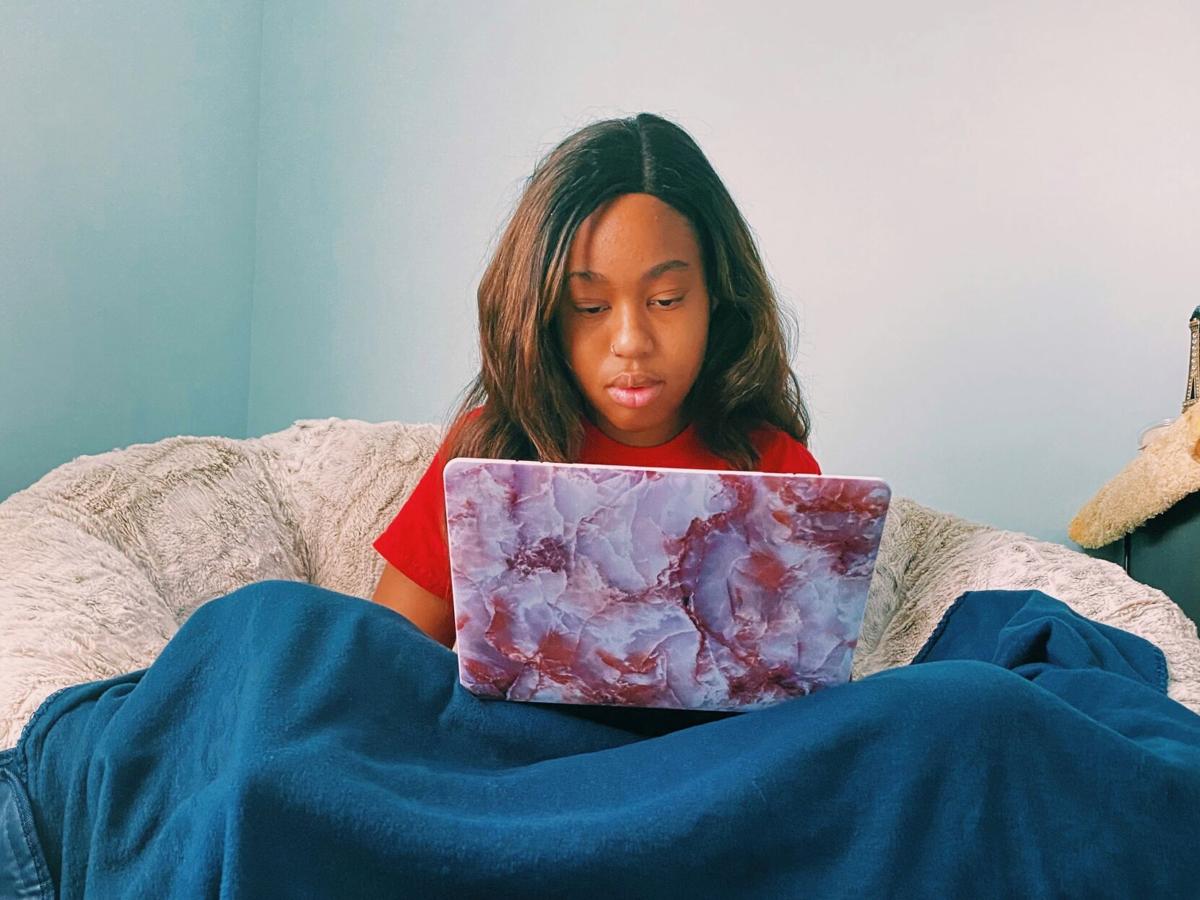 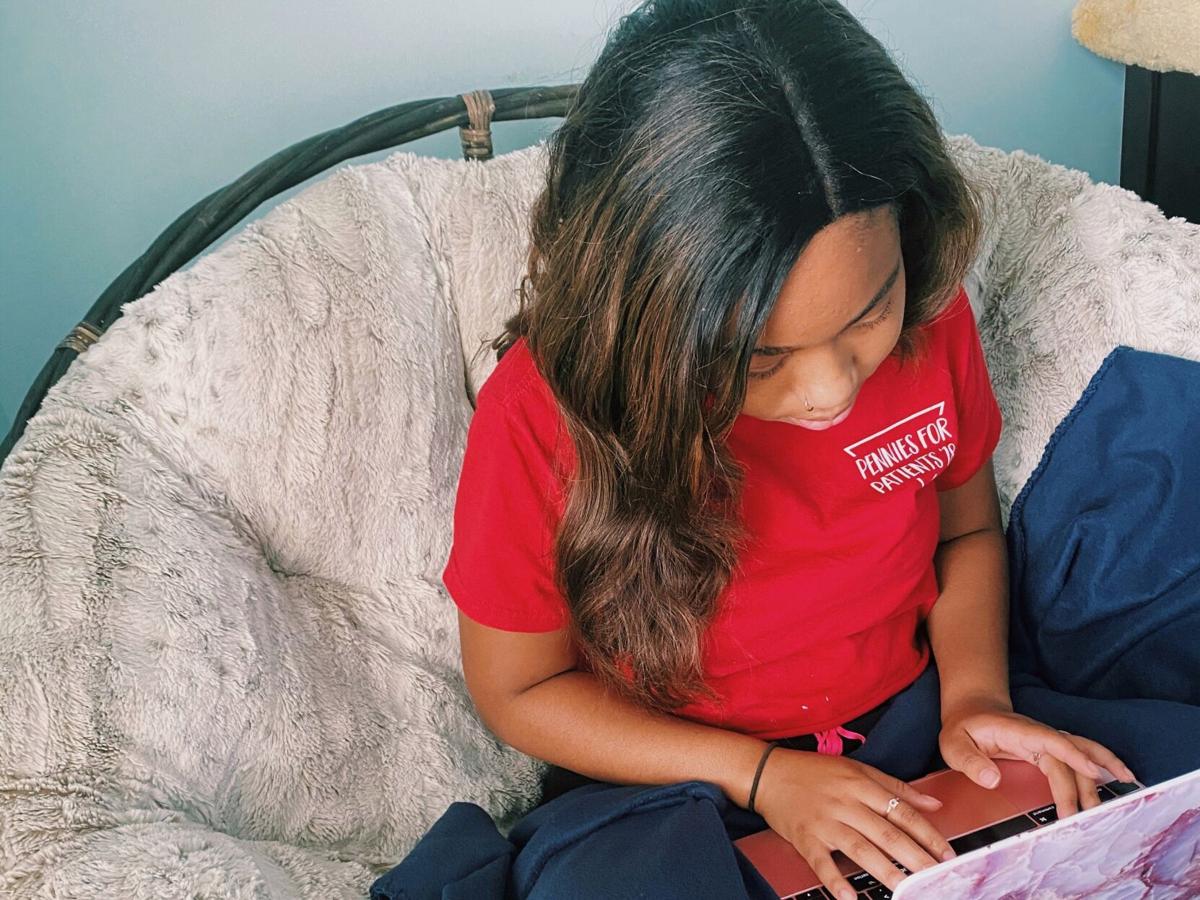 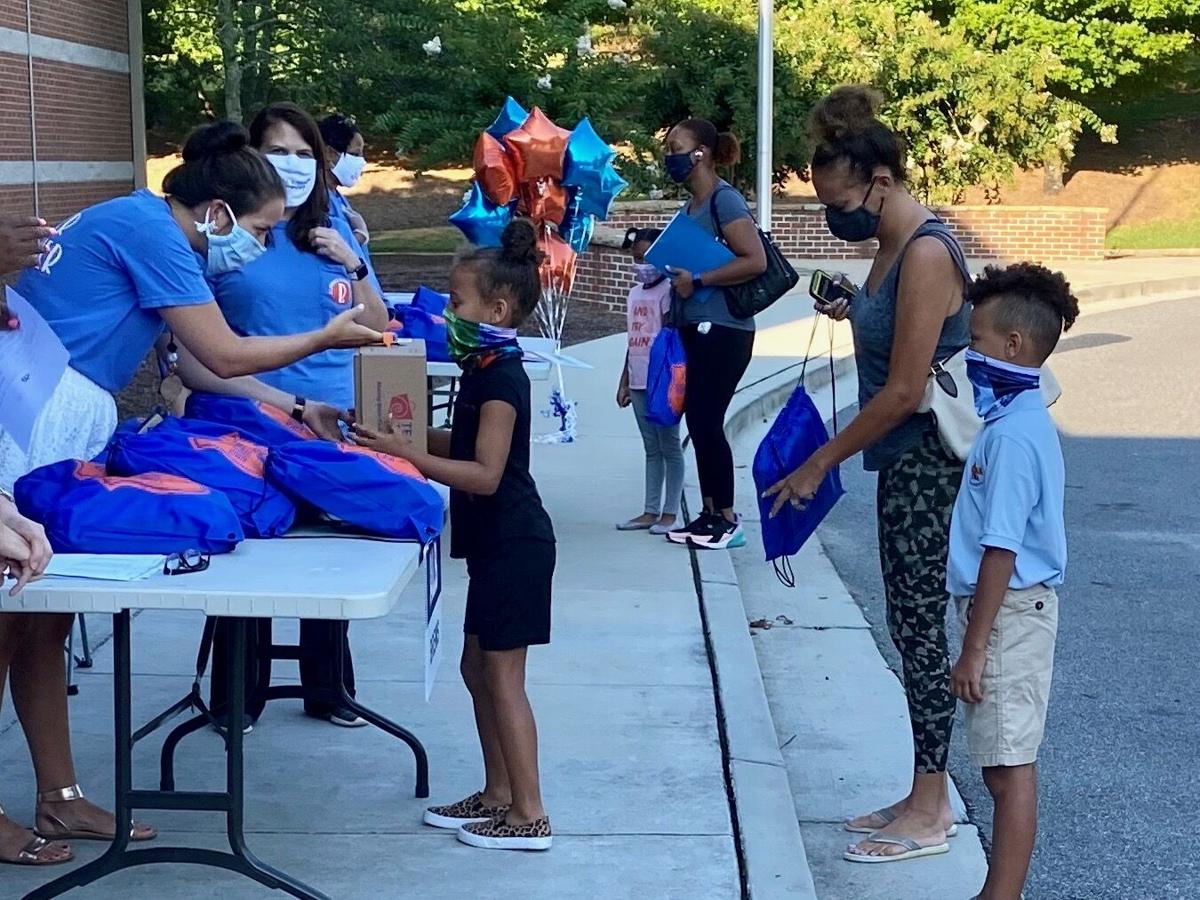 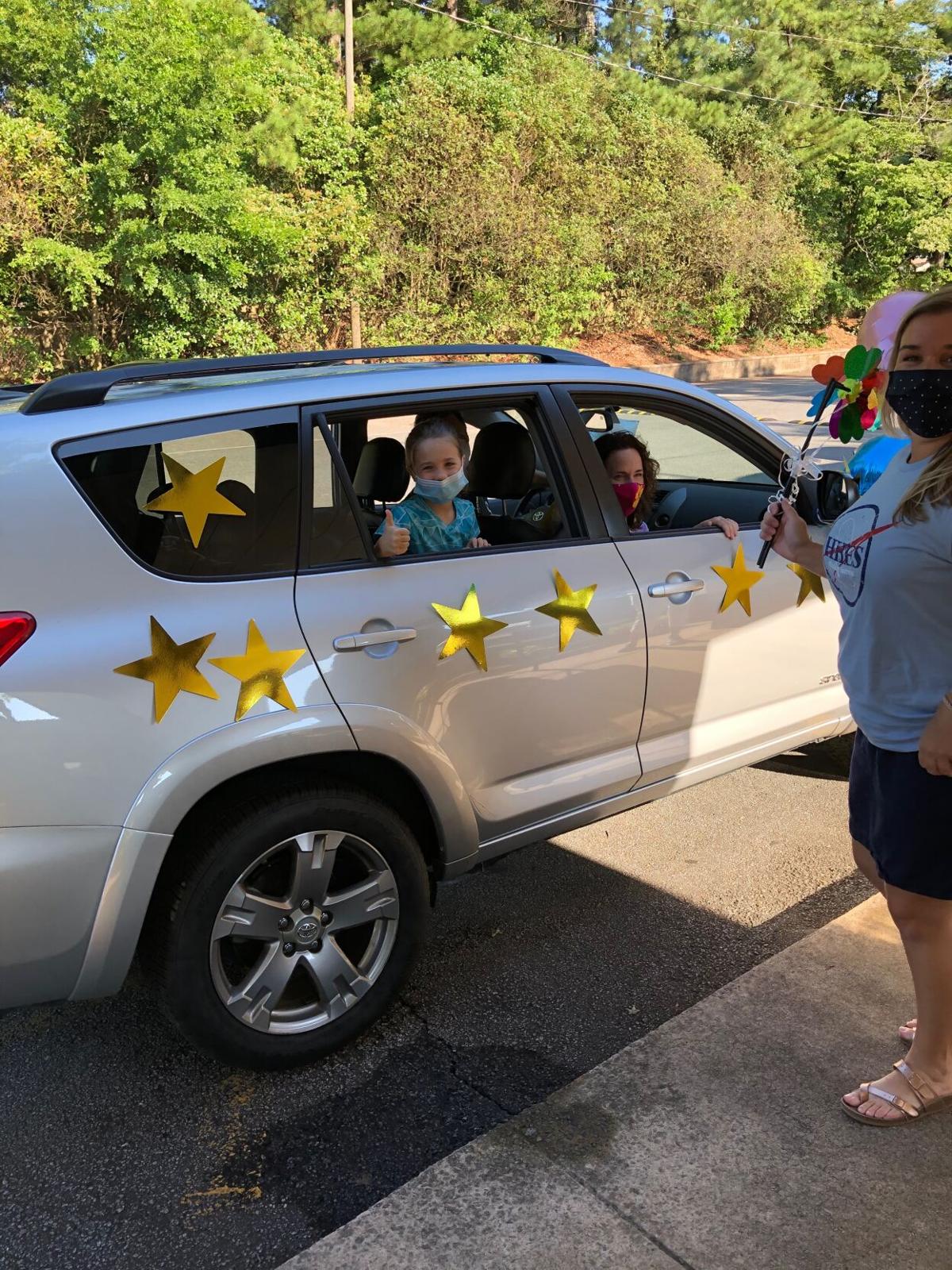 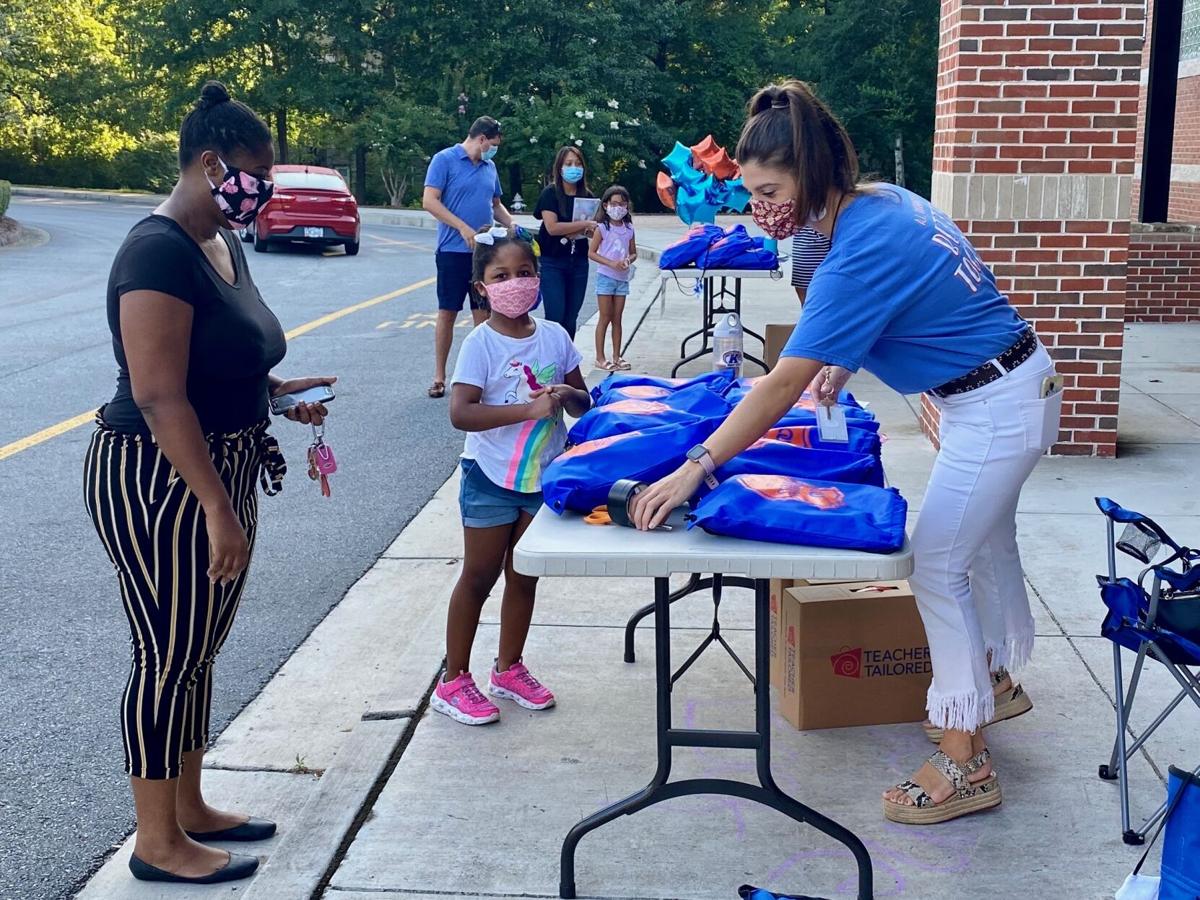 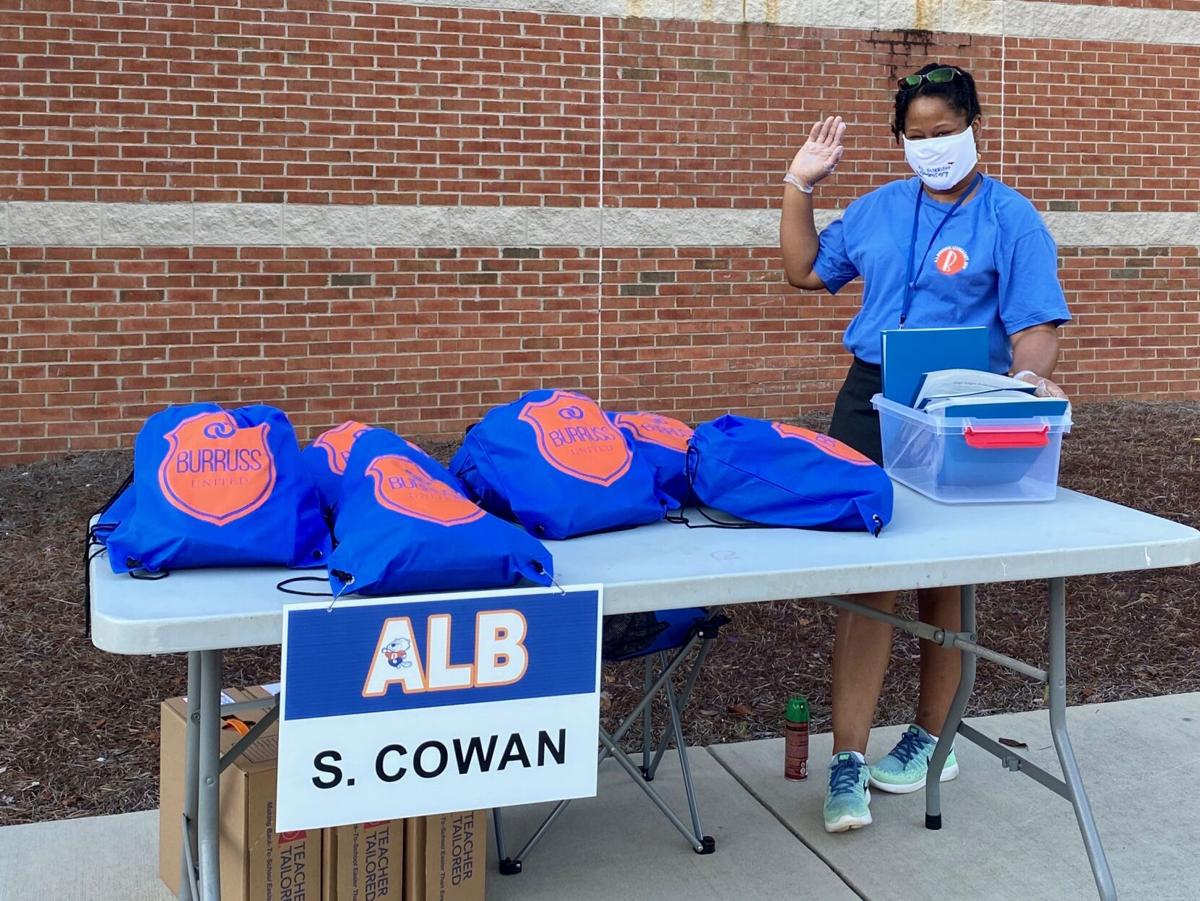 Marietta City Schools kicked off the academic year with online only classes on Tuesday, bringing some sense of structure back to students and teachers throughout the district.

Two Marietta High School seniors, student body co-presidents Emanuel Lopez Gallegos and Leila Simmons, said teachers spent the first day of school introducing their classes and outlining how virtual learning will look to start the year. Lopez Gallegos said the virtual classes, being held over Zoom, feel much more organized now than they did in the spring.

“There was a lot more preparation from the teachers and from everyone in general,” he said. “I know when we got off in spring we were all clueless. We didn’t know what was going to happen… Now, everyone knows what we’re supposed to do.”

When the pandemic forced schools to close in March, students did not know when they would return or how they could actively participate in virtual learning. This fall, students recognize that more is expected of them, Lopez Gallegos said.

“In spring, the grading system was very different when we went virtual since nothing could bring you down because everything was so sudden,” he said. “Now, the grades are serious. There’s nothing that you can slack off on. It’s just regular school, just on Zoom.”

Simmons said teachers sent out Zoom links to students before classes started. Since she is an International Baccalaureate student, Simmons takes classes that last two years, so she was already familiar with many of her teachers and classmates.

“Because I do know my teachers and they already know me, it wasn’t like a ‘get to know you’ type of day,” Simmons said. “We already know their expectations for the most part.”

Simmons said most of her classes spent time reviewing content from last year and getting prepared for a new academic year. She also said that Tuesday’s online classes featured more structure than they did in the spring.

Marietta High School students have four classes each day, and each class lasts 55 minutes. While classes are online only, high school students will have about four hours of live instruction each day.

Lopez Gallegos said focusing on a computer screen for the school day was not all that different from a day of in-person classes.

“Everything we mostly do at school is virtual,” he said. “We’re always on the computers or the smart boards doing stuff, so I think, with our generation, we’re very used to being on technology all the time.”

Both Simmons and Lopez Gallegos said teachers appeared comfortable holding classes over Zoom. Albert McDaniel, a fifth grade teacher at the Marietta Center for Advanced Academics, agreed, noting that his students were prepared and ready to return to virtual learning.

“Compared to the spring semester, there was a sense of everyone kind of knew more what to expect,” McDaniel said. “The staff and also students came in with a bit more expertise and understanding of what it would look like.”

McDaniel taught from his classroom on the first day of school, and he said he spent about four hours in live instruction. Over the course of the day, he introduced himself to his students and spent time walking through the features of Zoom and Schoology, the learning system the district is using. McDaniel said the district’s abundance of communication over the summer helped students prepare for the first day of classes.

“I’m just glad that we can get back into something that looks like a routine,” McDaniel said.

Superintendent Grant Rivera spent the day on Zoom calls, stopping by schools and following the day’s events on social media. He said schools hosted supply pickups and allowed children to take socially distanced photos with their new teachers on Tuesday.

“I see teachers going above and beyond to build relationships, and are not letting the fact that we are not together in person stop them from making the day feel special for a child,” Rivera said.

Rivera said staff at all grade levels are focused on the social and emotional needs of students. Despite starting the school year virtually, teachers are working to accommodate student needs.

“Our focus this week has been on the whole child, and we will transition to content as we move to next week,” he said. “Our priority is building relationships now so we can engage in content later.”

As the district starts the new school year, Rivera said he is still working to ensure that no student falls behind.

“My greatest concern today is that we still may have families who don’t know how to navigate Schoology, who don’t have a Chromebook or don’t have a hot spot,” Rivera said.

The superintendent said staff members delivered hot spots to students as late as Monday night, and he worries that not all families are connected. Rivera noted that school staff will continue providing resources to students daily, just as they did on Tuesday.

“My heart was encouraged by the energy and the smiles and the excitement that I see and I feel,” Rivera said of the first day of school, “but, at the same time, my heart is saddened because it’s not the same, and I understand that takes its toll on students, staff and families.”

The Latest: Obama says GOP must be consistent on court vote