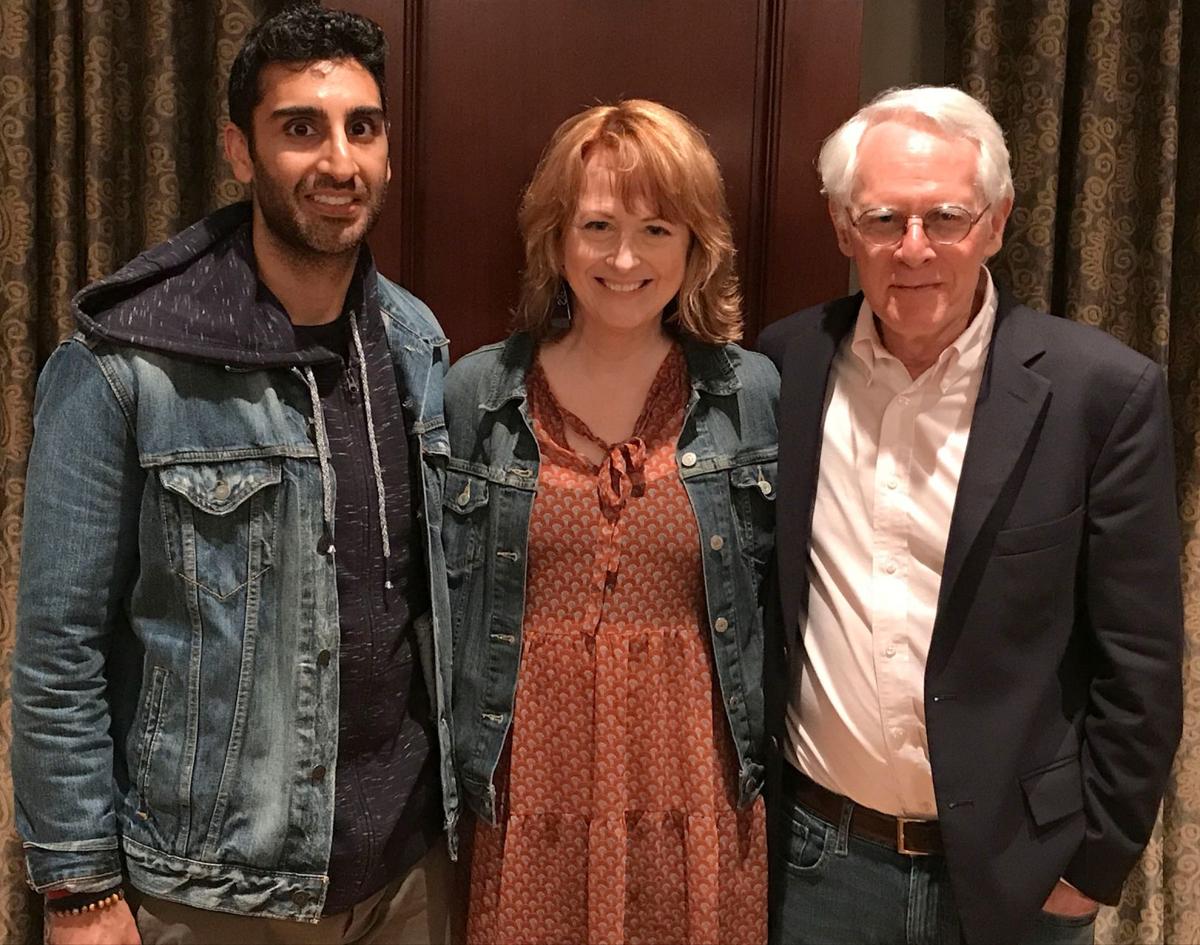 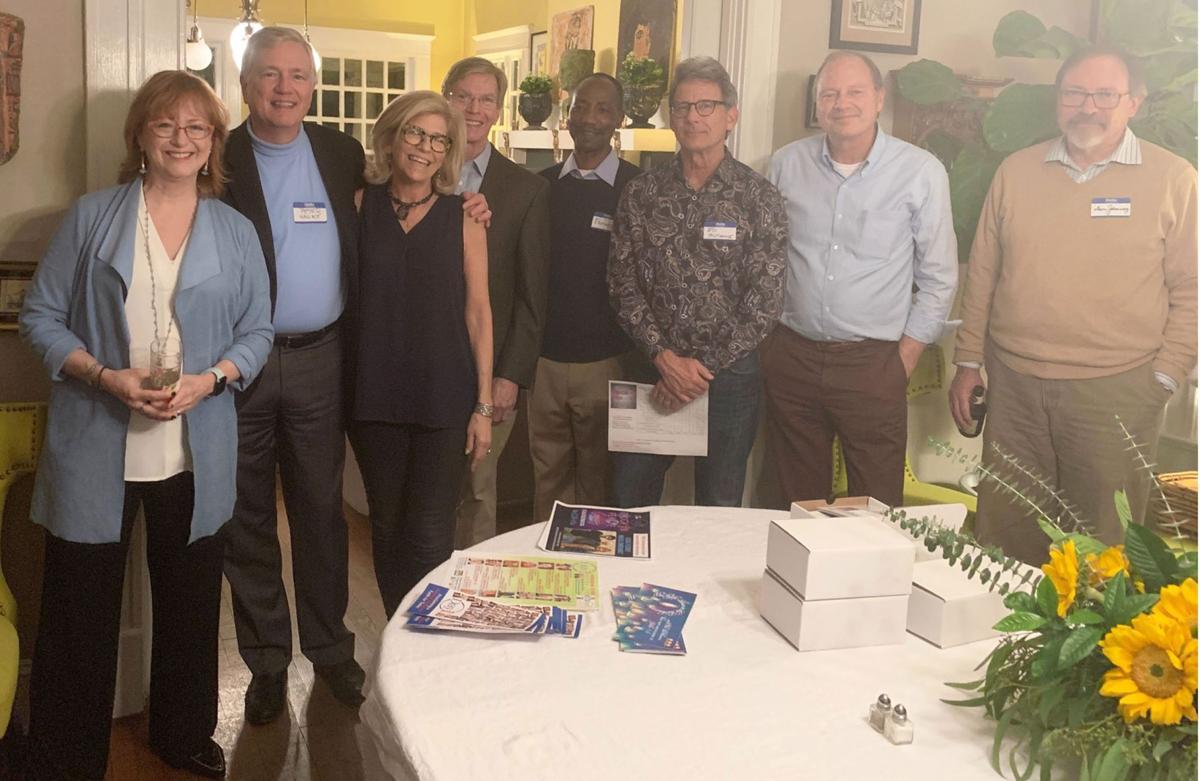 From left, comedian Susan Sparks, the Rev. Peter Wallace, Nancy Zintak, Laurin McSwain, the Rev. Emmanuel Bwatta, Ed Bilthouse, John Zintak and Don Janney gather at a recent dinner at the Zintaks’ house in Ansley Park for a preview of the main Laugh in Peace event.

From left, comedian Susan Sparks, the Rev. Peter Wallace, Nancy Zintak, Laurin McSwain, the Rev. Emmanuel Bwatta, Ed Bilthouse, John Zintak and Don Janney gather at a recent dinner at the Zintaks’ house in Ansley Park for a preview of the main Laugh in Peace event.

This article was updated March 12 at 4:11 p.m. with news that the event has been postponed to a date to be announced due to health concerns over the coronavirus.

A Jewish rabbi, a Christian minister and a Muslim comedian step onto a stage together, not as a joke but as a fundraiser for a local religious organization.

The trio will perform as the Laugh in Peace Comedy Tour comes to Atlanta March 18 at Georgia Public Broadcasting’s Studio C. Doors open at 6:30 p.m. with a cash bar and snacks, the performance starts at 7:30 p.m. and a post-mingle coffee/dessert event begins at 8:30 p.m.

It will benefit Day1, the Atlanta-based ecumenical radio ministry celebrating its 75th anniversary this year. Day1’s programming and efforts promote “interfaith dialogue, understanding and cooperation with other Christian communions and world religions,” according to its website.

The trio of comedians includes Rabbi Bob Alper, a Vermont resident who served congregations for 14 years before focusing on stand-up, including appearances on Sirius XM Satellite Radio; the Rev. Susan Sparks, the senior pastor of Madison Avenue Baptist Church in New York and a former Atlanta resident and lawyer; and Gibran Saleem, a fellow New Yorker who has performed as an actor/comedian in several TV series, movies and shorts.

The tour has been featured on CBS, CNN and the Huffington Post. Tickets are $125 per person.

For more information or to purchase tickets, visit https://bit.ly/37xmfnH.

Coronavirus transformed the presidential primary calendar, but not in Wisconsin

Trump resists national shutdown, leaving it up to states