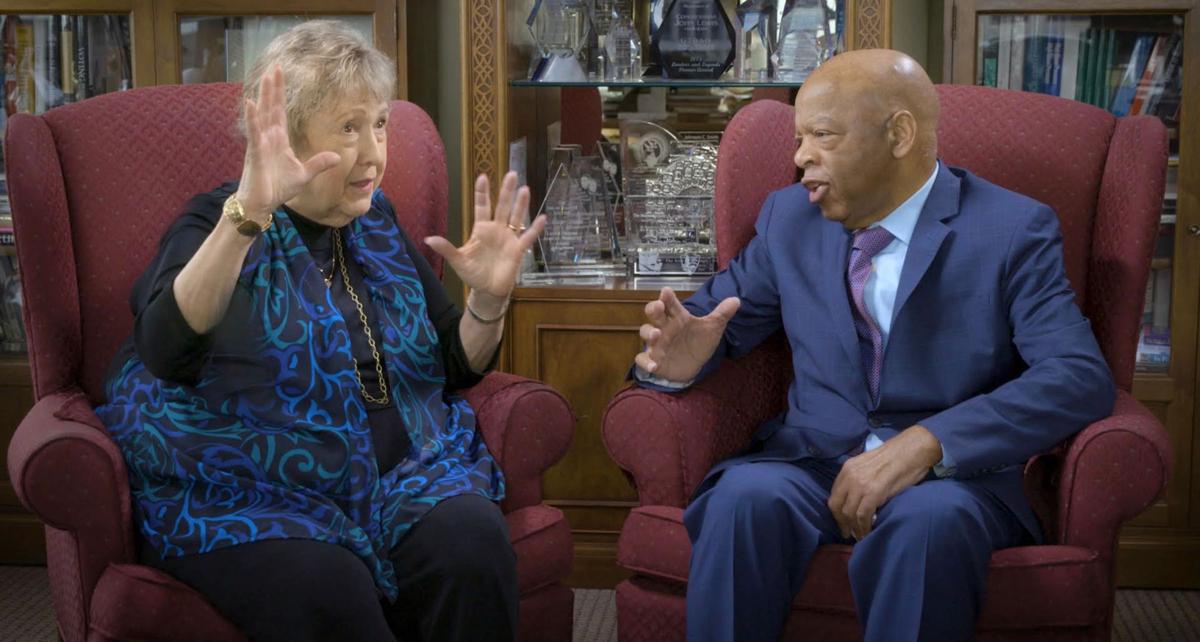 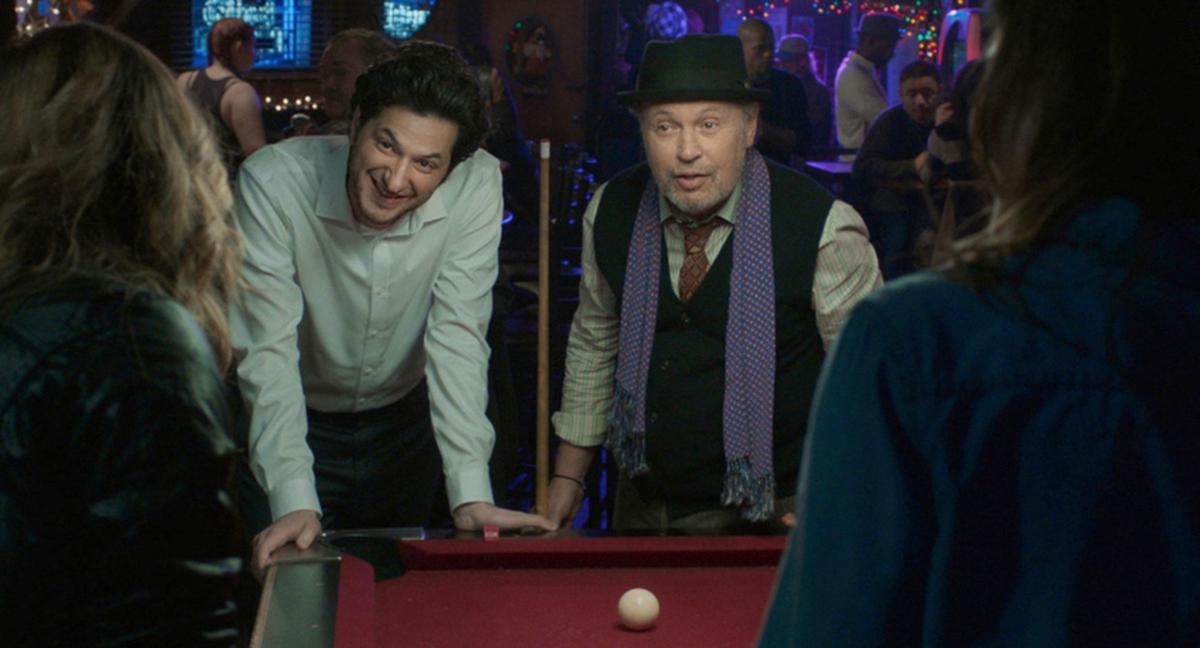 From left, Ben Schwartz and Billy Crystal act out a scene in “Standing Up, Falling Down.” 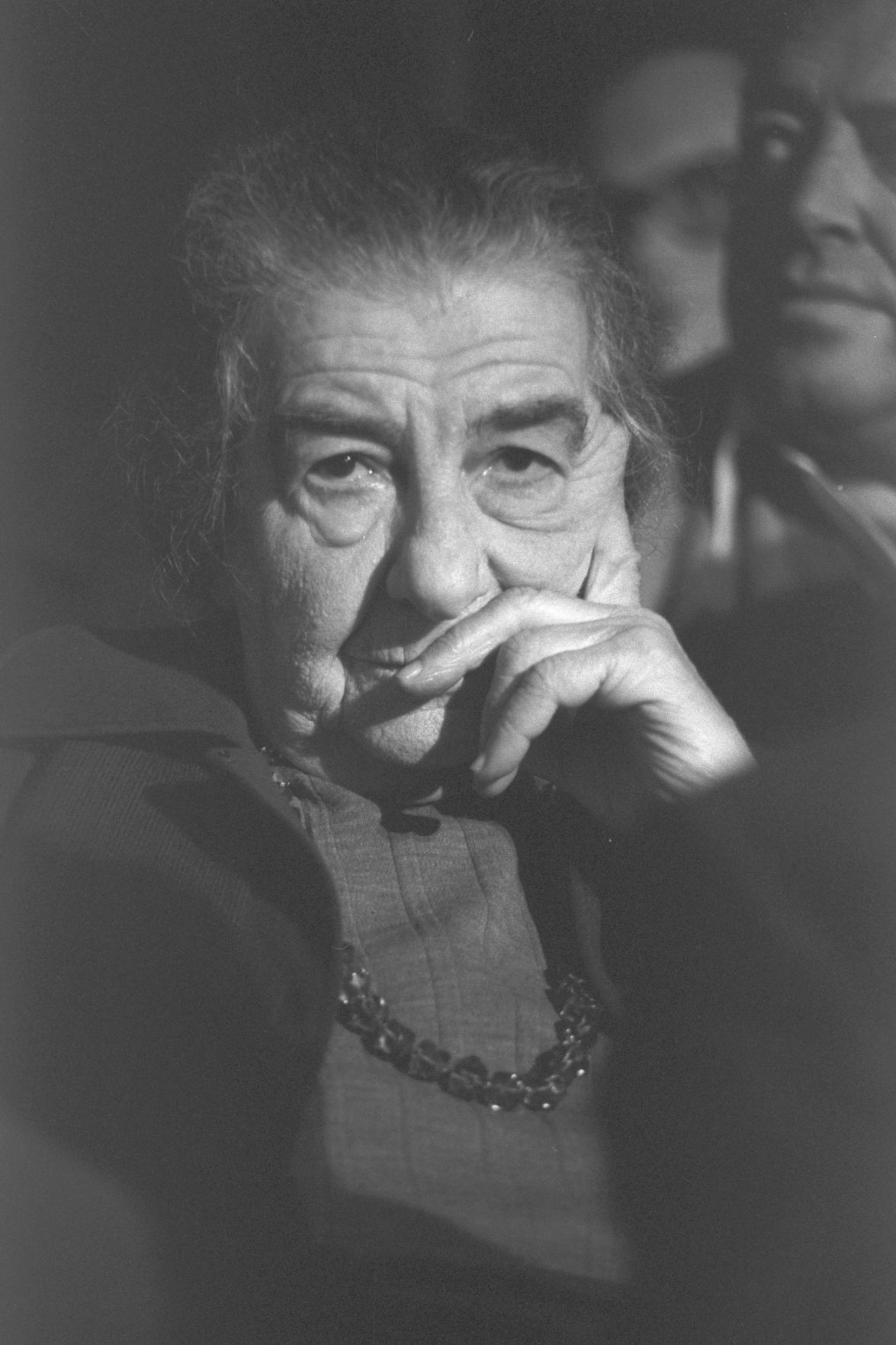 Golda Meir, Israel’s prime minister, is pictured during a scene in “Golda.” 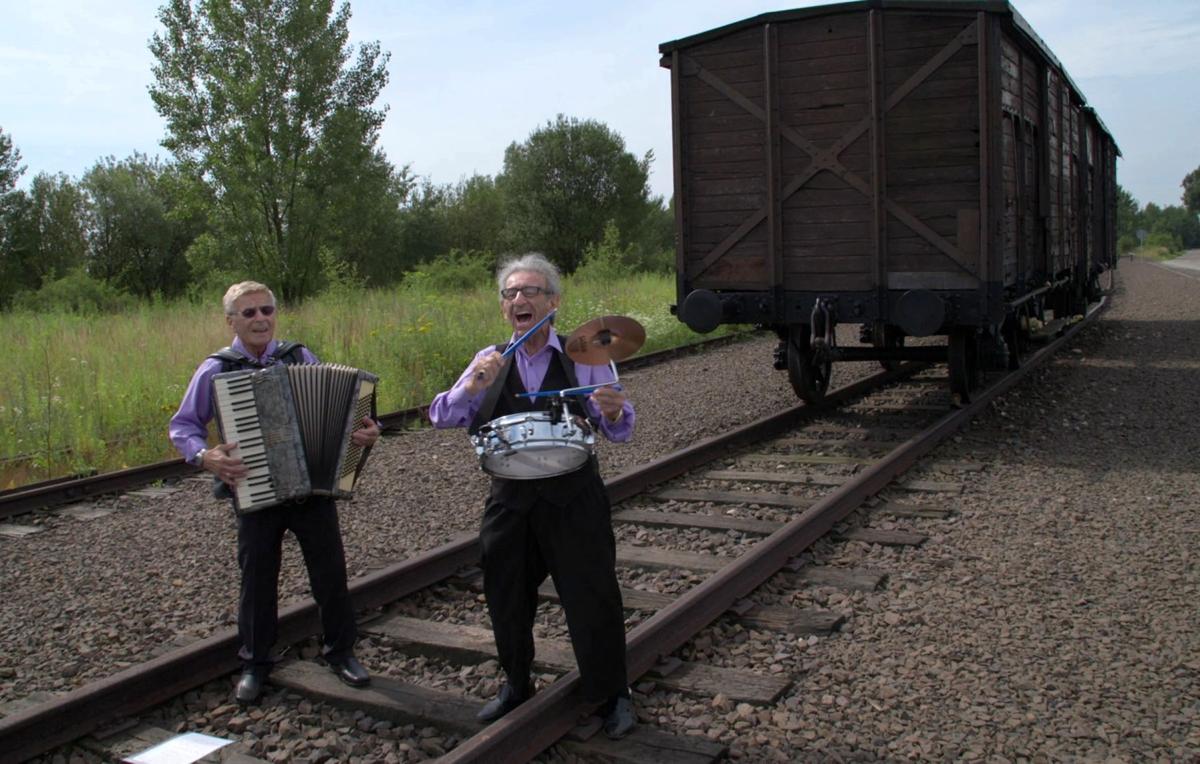 From left, Ruby Sosnowicz and Saul Dreier perform during a scene in “Saul & Ruby, To Life!” 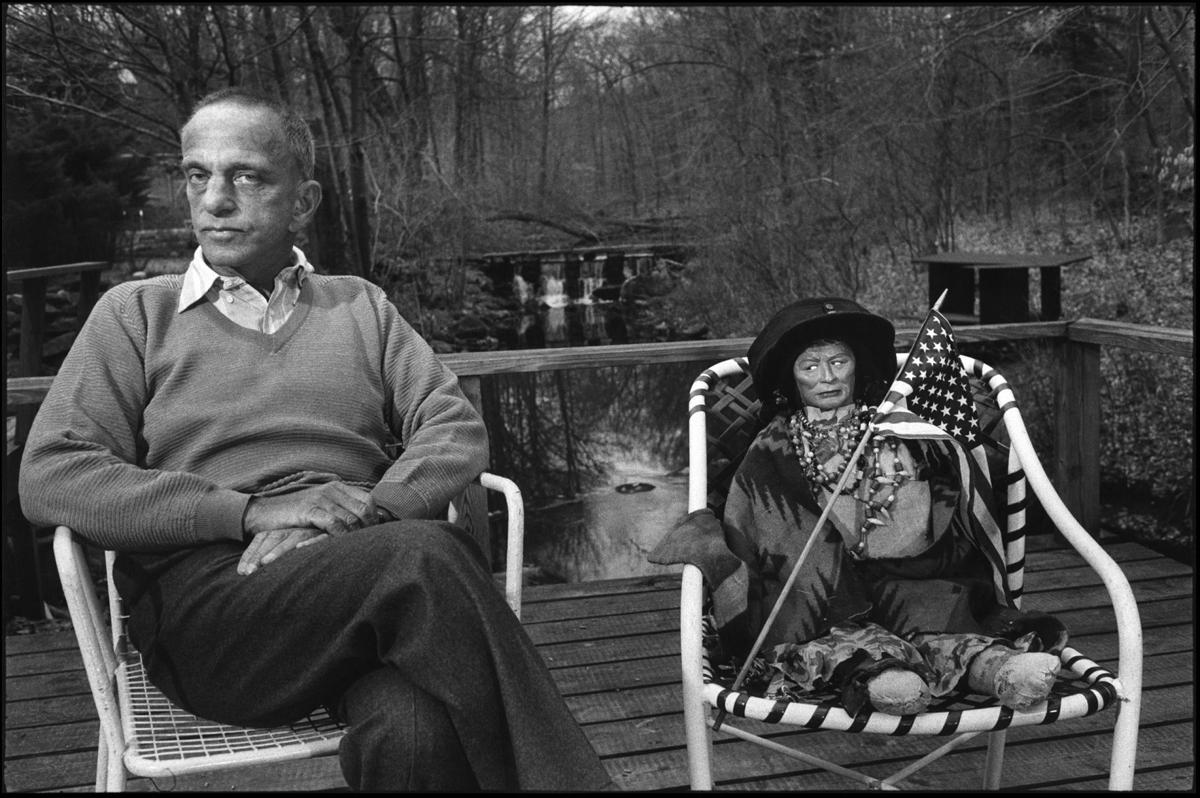 Roy Cohn is pictured in “Bully. Coward. Victim. The Story of Roy Cohn.” 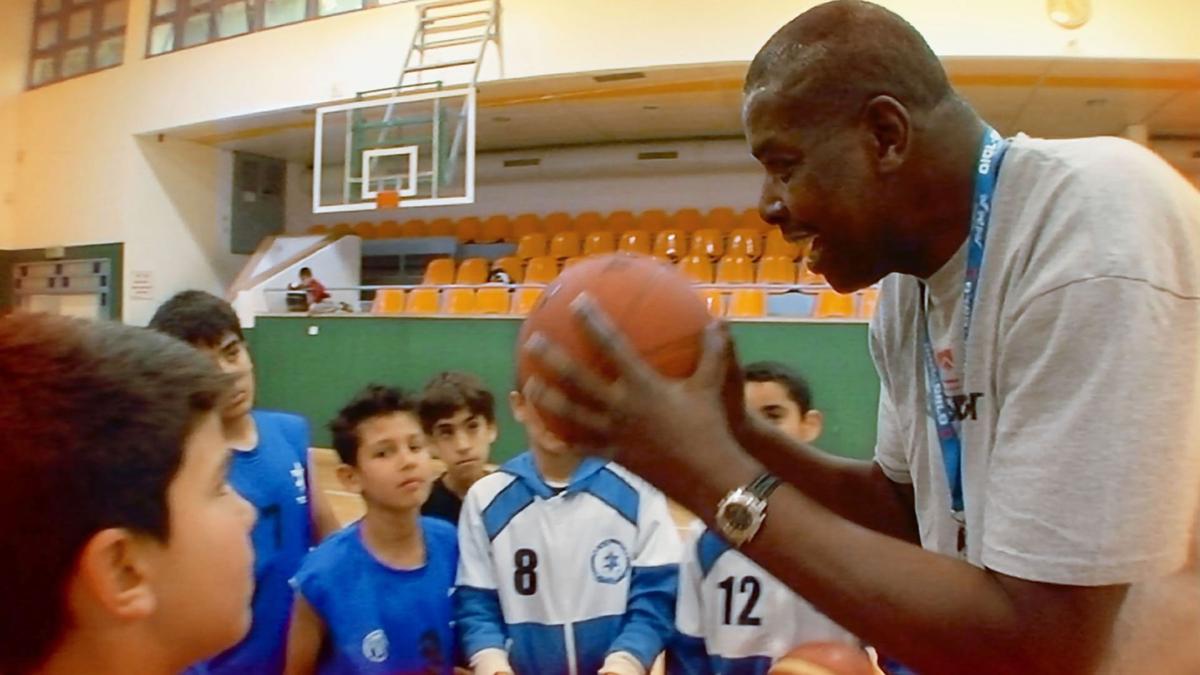 Aulcie Perry coaches some children during a scene in “Aulcie.”

From left, Ben Schwartz and Billy Crystal act out a scene in “Standing Up, Falling Down.”

Golda Meir, Israel’s prime minister, is pictured during a scene in “Golda.”

From left, Ruby Sosnowicz and Saul Dreier perform during a scene in “Saul & Ruby, To Life!”

Roy Cohn is pictured in “Bully. Coward. Victim. The Story of Roy Cohn.”

Aulcie Perry coaches some children during a scene in “Aulcie.”

The Atlanta Jewish Film Festival has come a long way from its first event in 2000.

That festival drew nearly 2,000 attendees. This year’s affair is expected to bring in about 40,000.

“It’s grown from a small local thing to the largest Jewish film festival in the world and a really significant event on the international film festival circuit,” said Atlanta film critic Jason Evans, who is co-chairing the festival’s film evaluation committee with Sandra Craine.

Celebrating its 20th anniversary this year, the event will take place Feb. 10 through 27 at seven metro Atlanta venues. It will kick off with the Opening Night, world-premiere screening of “Shared Legacies: The African-American Jewish Civil Rights Alliance,” a film about partnerships between blacks and Jews, at the Cobb Energy Centre.

A who’s who of Atlanta’s Jewish and black leaders, including festival board member Sherry Frank, Rabbi Alvin Sugarman, the Rev. Gerald Durley, Martin Luther King III, Louis Gossett Jr., and Alexis Scott are expected to attend the event, and some will speak there.

“For us to get the world premiere of a film like ‘Shared Legacies’ is a big deal, and we think it’s one of the most significant and important films we’ve had on opening night,” Evans said. “We expect close to 2,000 people to come to the premiere.”

Sari Earl, vice president of the festival’s board, added, ”I’m thrilled because we get to hear from people who are in the film. To hear them on the screen talk about what it was like to come together in the face of diversity and to join forces, Jews and blacks, it’s more relevant than ever that we need to remind ourselves of these stories and continue the work of these amazing people.”

“Shared Legacies” is one of two movies in the festival filmed in Georgia, with the other being the world premiere of “No Pork in the Fork,” a short film devoted to the Atlanta Kosher BBQ Festival.

Evans said his committee watched more than 700 films to select the 64 ones to be screened at the festival. He and Earl said this year’s event may be the best yet in its history.

Other highlights include special guest speakers who will talk about their films, such as writer/director Lawrence Kasdan, who with his wife Meg directed “Last Week at Ed’s,” a documentary making its East Coast premiere Feb. 23.

“For me it’s the unique experience” that sets it apart, Earl said. “It’s experiential learning for all ages where we come collectively together to learn, laugh, sometimes cry and then we unpack the experience.”

Said Evans, “It’s a truly unique way for our community, Atlanta, to get to experience the best in international films and documentaries, stuff you just don’t hear about and stuff that doesn’t come to theaters without a festival highlighting it.”

Both said the 20-year milestone is something to be commemorated.

“It’s been a cultural touchtone for the Atlanta Jewish community for such a long time,” said Evans, who has been involved with the festival for 12 to 15 years.

For more information or to purchase tickets, visit www.ajff.org.

Honolulu marathon CEO says he was abused by Michigan doctor