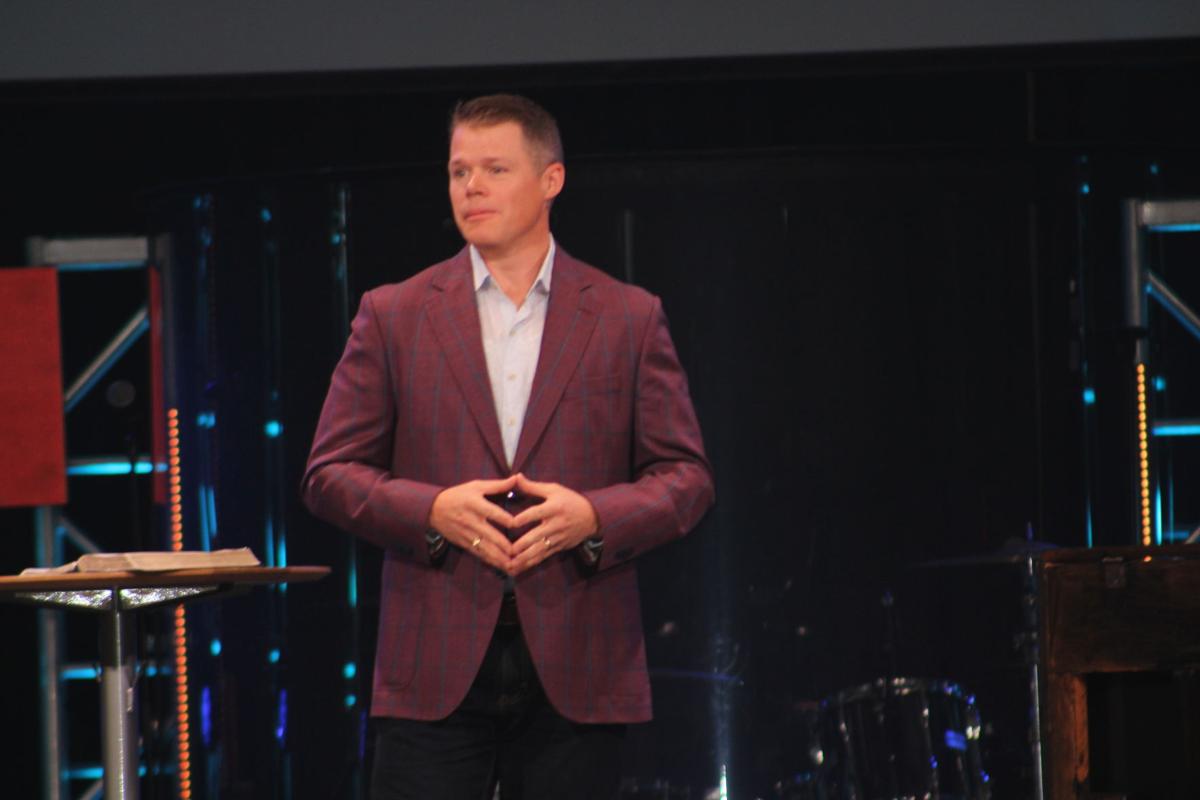 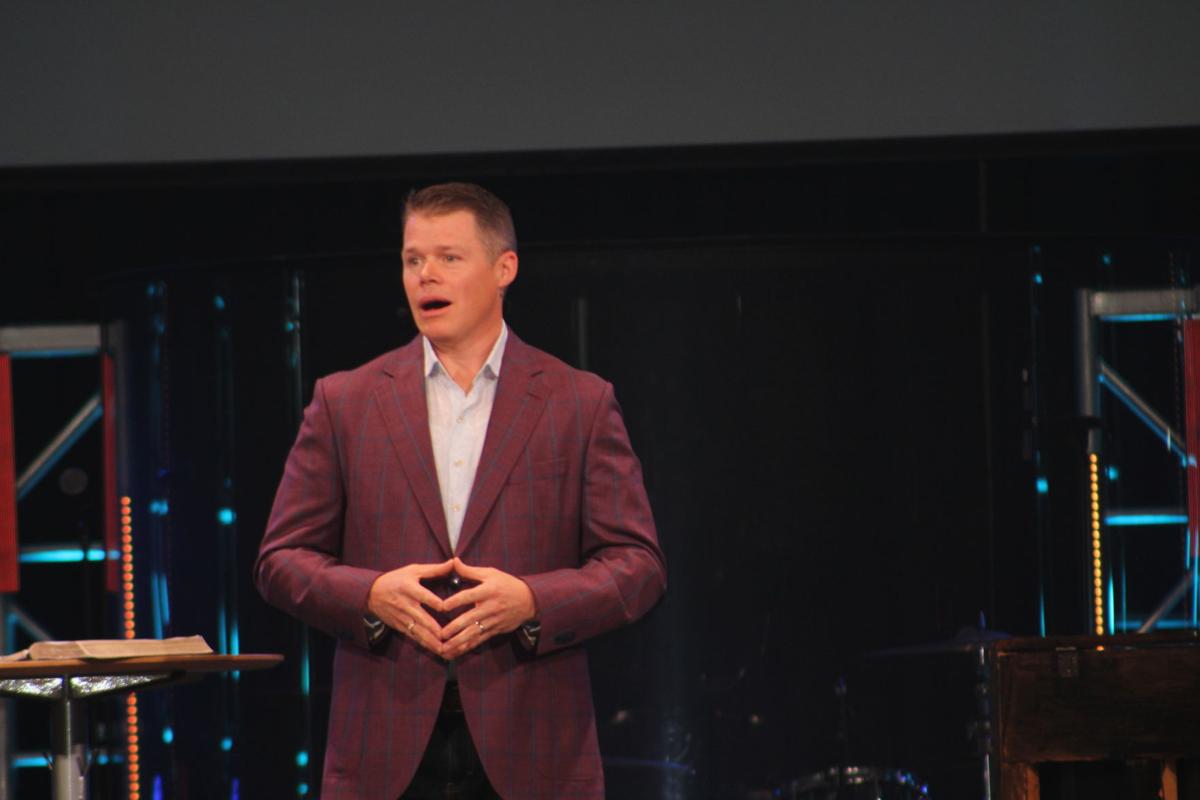 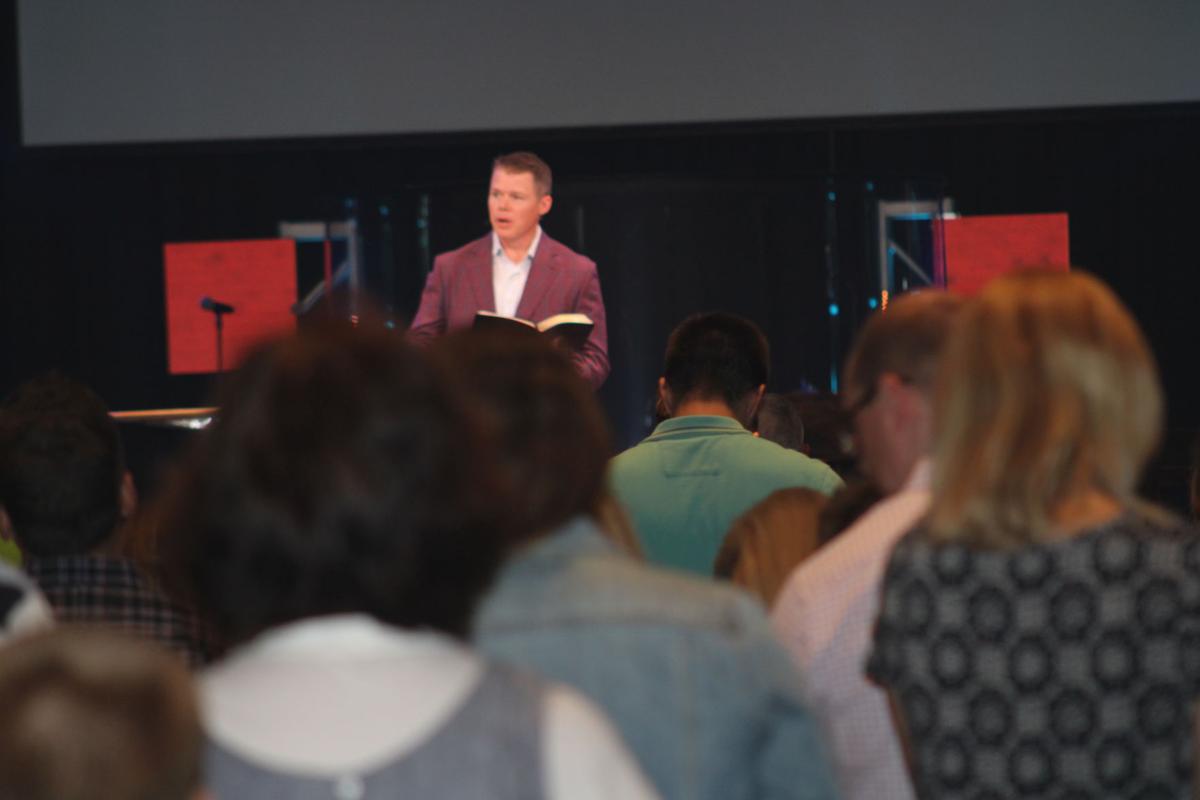 Pastor Clay Smith is the megachurch’s first new senior pastor in the nearly 40 years since it began. He replaces Bryant Wright, who is expected to stay on for a few months to show Smith the ropes.

Wright has said he will continue working on Right from the Heart Ministries, a video, radio and web app-based non-denominational ministry he founded, after he leaves the church.

Smith, his wife Terica and their three daughters come to east Cobb from Matthews, North Carolina, where Smith was senior pastor of the First Baptist Church since 2014.

His Sunday lesson was the first in a three-part series called “Do Over: Finding Mercy in the Mess.”

It drew from Luke 23, which describes Jesus’ crucifixion.

Smith focused on the two criminals who the Bible says were executed alongside Jesus. He said they are often portrayed as thieves, but a more accurate translation would describe them as revolutionaries who plotted against Rome.

One of the criminals joined the Roman soldiers and Jewish authorities in mocking the dying Jesus, but the other, Smith said, recognized his divinity.

“We see a true repentant heart in the life of this one criminal, there, even in his dying breath. … He said ‘Do you not even fear God, since you are under the same sentence of condemnation? And we indeed are suffering justly what we deserve for our deeds, but this man has done nothing wrong.’ And he was saying ‘Jesus, remember me, remember me when you come to your kingdom.’”

Smith said this criminal provides a model of what Christian repentance should look like because he followed three steps: acknowledging his own sin, recognizing the sinlessness of Jesus and confessing Jesus as the lord.

“And how does Jesus respond? … Jesus saved this criminal immediately. Jesus said in verse 43, ‘Truly I say to you, today you shall be with me in paradise.’ Today. You’re going to die today, but you will be in paradise today,” Smith said.

The new pastor ended his first official sermon at Johnson Ferry by positing that all mankind is in the same position as the criminals and that each individual can choose whether to behave like the repentant man or the unrepentant one.

“If you came in here with a bunch of shame on you because you have made mistakes, and you think ‘Well, maybe God will forgive him, but he’ll never forgive me, he’ll never give me a second chance, I’ve blown it,’ can I remind you this morning that if you have truly come to Christ through repentant faith and have received grace to come home to Jesus, you are a child of the king, and everything this criminal was offered, you have been offered,” he said.

Smith has large shoes to fill — under Pastor Wright’s leadership, the church has grown from a group of 20 families meeting in a vacant doctor’s office to a sprawling campus on Johnson Ferry Road with over 7,300 members and seven Sunday morning worship services with an average worship attendance of about 4,000. Wright also served as president of the Southern Baptist Convention from 2010 to 2012.

But congregants leaving the 8:30 service said they were confident the church would be in good hands after Wright’s departure.

“I really liked his message of salvation and forgiveness, and he was funny,” said accountant Amanda Spence.

“He was energetic, and just seems to be the right fit for this congregation,” agreed consultant Mark Spence. “It was just really well done.”

The Spences of east Cobb have been attending Johnson Ferry for about seven years.

Jahnis Townsend, a nanny and stay-at-home mom from Marietta, said she thinks the church made the right choice in selecting Smith.

With runoffs ahead, campaigning continues as COVID-19 cases rise