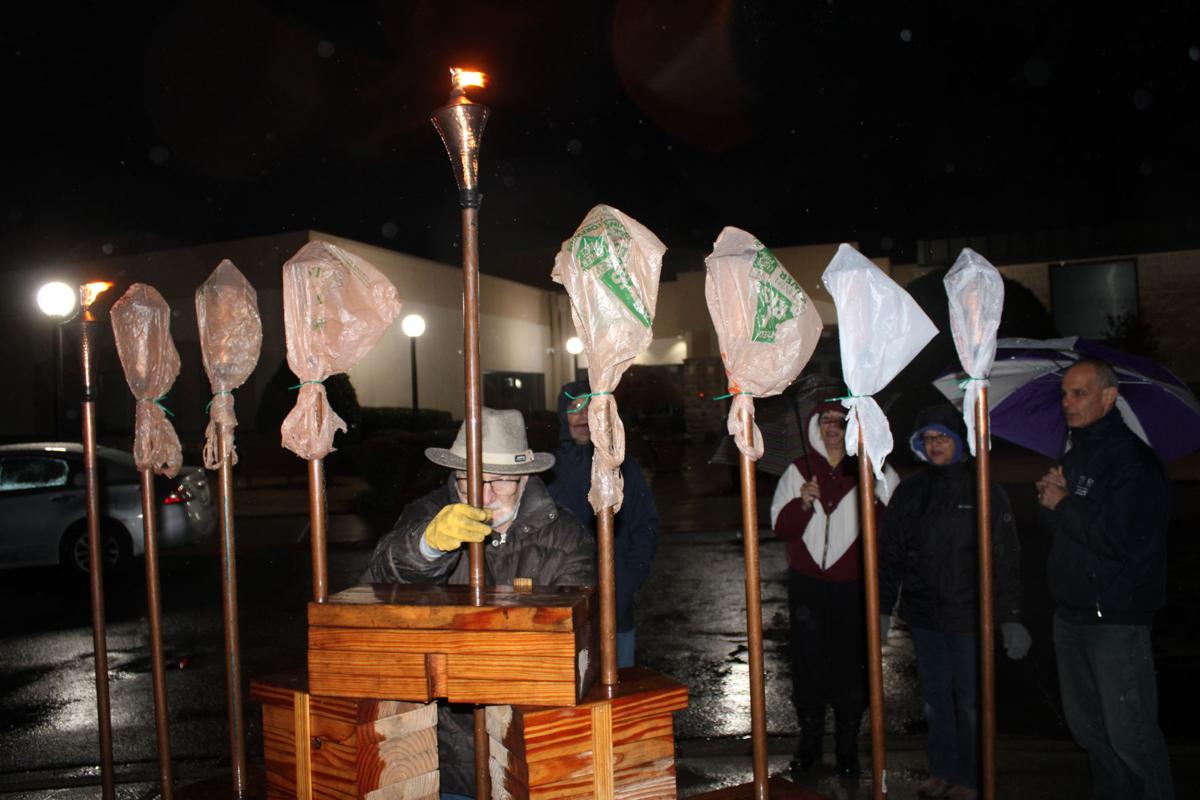 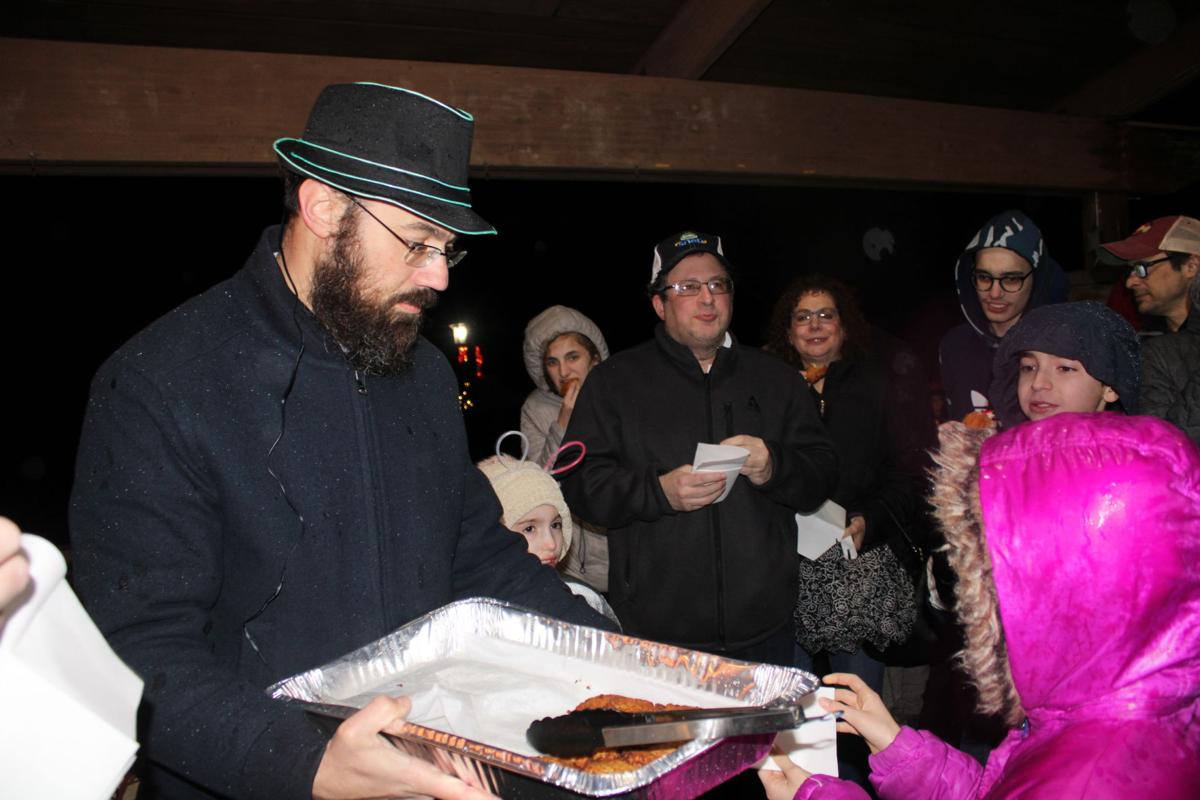 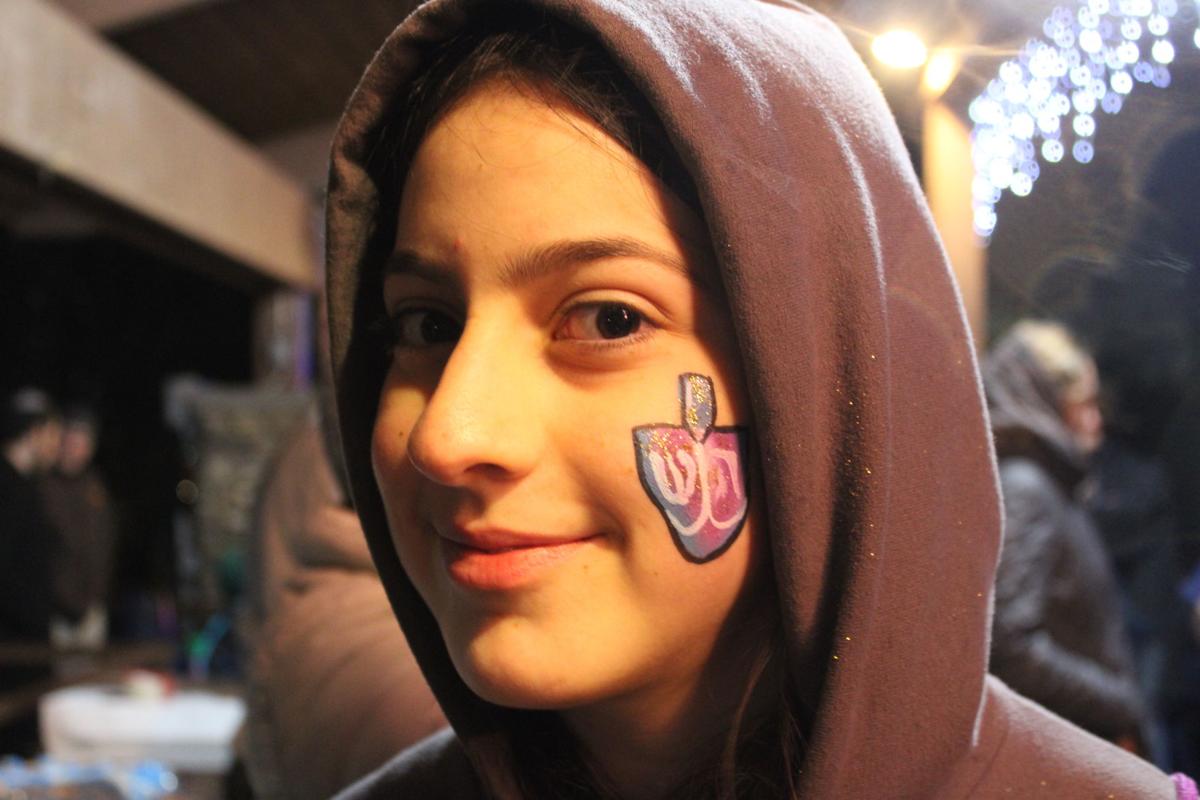 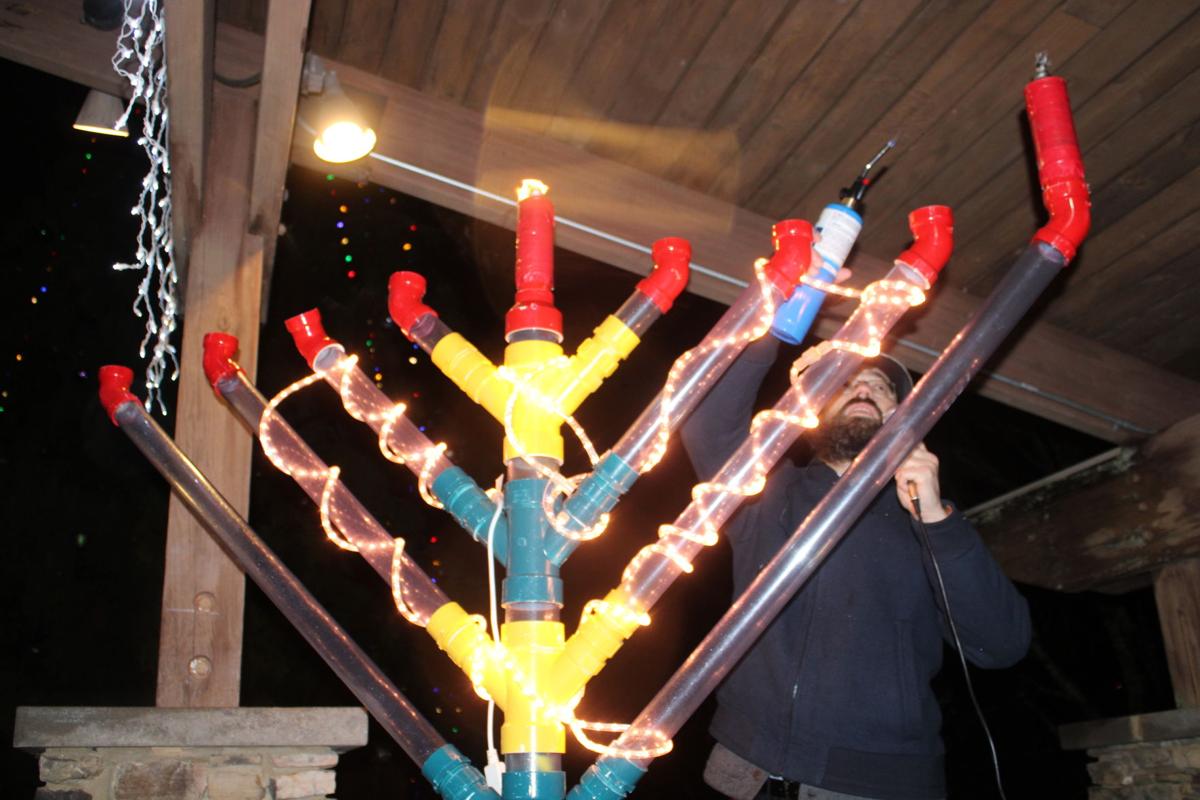 It was wet and dreary in Cobb County Sunday night, but that didn’t stop Jewish believers from letting their lights shine.

Sunday evening marked the first night of Hanukkah, the Jewish festival of lights commemorating the liberation by Jewish believers of a holy temple that had been taken over by Greeks. After the victory, there was only enough oil to light the candles in the temple for one night, but the faithful say the candles burned for eight, allowing time for more oil to be prepared.

Jewish people celebrate this miracle for eight nights each year by lighting a nine-branched candle called a menorah, reciting blessings and gathering with family to eat traditional meals and share gifts.

Many families light a menorah inside their homes, but it’s also common to light large outdoor menorahs to celebrate the holiday with the wider community.

At Temple Kol Emeth off Old Canton Road near Sewell Mill Road in east Cobb, financial adviser Harvey Schneider did the honors of lighting the menorah, as he has for the last 15 years. The unused candles were wrapped up in grocery bags to keep the water out.

Bundled up against the rain and cold, Schneider said one lesson of Hanukkah is to appreciate the blessings in life rather than complaining about the hardships.

“When the first ones were lit, which was when the Maccabees took back Jerusalem, the entire area was destroyed by the Greeks, so they were in rubble at that point. The temple had been totally decimated. So we’re in pretty good shape out here tonight,” he said as a chill wind whipped the flame he was carrying.

Schneider is passing the torch this year — literally. He’s handing over the menorah lighting duties to fellow east Cobber Larry Melnick. They’ll be splitting the eight nights this year, and Melnick will take over next year.

Melnick, a retiree, said he considers the task a mitzvah.

“It’s a big responsibility, but I’m excited to do it,” he said.

Not far from Temple Kol Emeth, at East Cobb Park, congregants of Chabad of Cobb were having their own Hanukkah celebration. Huddled under the stage, believers munched on traditional treats including donuts and fried potato latkes — it’s the custom to eat fried foods on Hanukkah to help remember the miracle of the oil.

In spite of the nasty weather, guests danced to traditional and modern Hanukkah songs while waving glow sticks and other flashing lights.

East Cobb salesman Ian Robbins was there along with his son, Seth Robbins, who is home for the holidays from Florida State University. Ian Robbins said they never miss the annual celebration at the park.

“It doesn’t matter about the weather,” he said. “We’re here to celebrate the holiday, and the warmth is in our hearts.”

Rabbi Ephraim Silverman said that is just what Hanukkah is all about.

“The meaning of Hanukkah really emphasizes the mission of mankind in the world, which is to bring light,” Silverman said. “We live in a world sometimes that is dark, dark morally and spiritually, and each of us has an ability to bring light, to bring happiness and joy into this world by choosing to do the right way, by choosing how to interact with the people around us. … Each of us has to be that menorah. Each of us has to be the light of joy and happiness to those around us.”

Nevada Democrats getting their say in picking 2020 nominee

The virus is interrupting supply chains worldwide from watches to lobsters

Trump heads to India for a giant rally, but little else