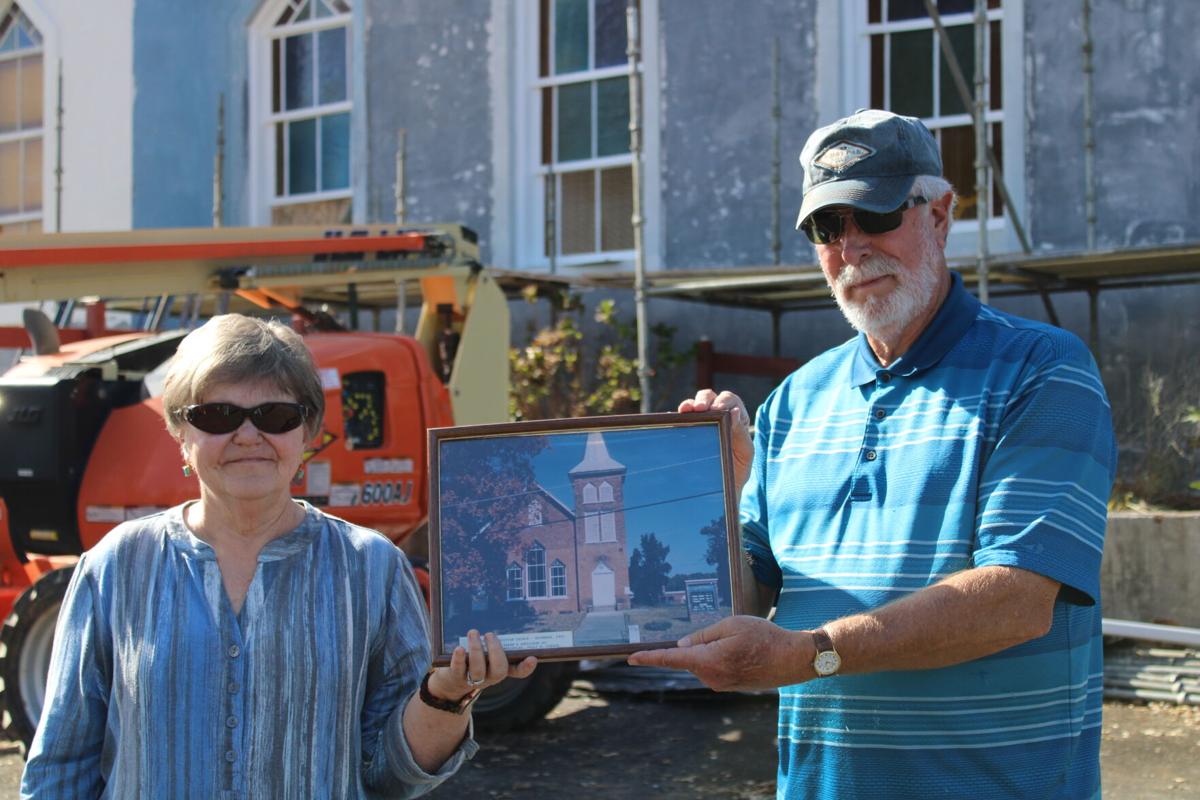 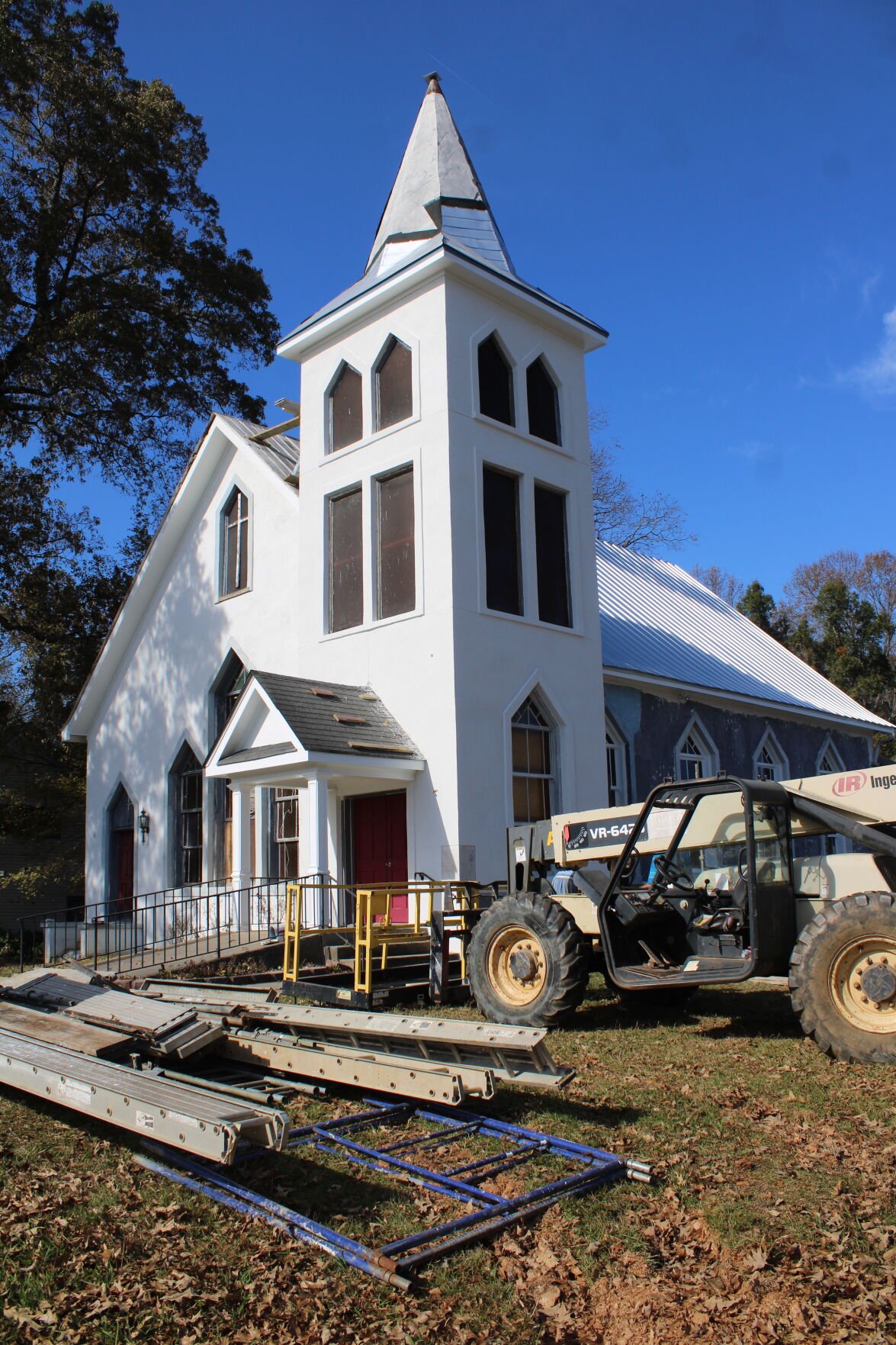 A crane sits ready for use as renovations continue on the roof of the Acworth Christian Church. 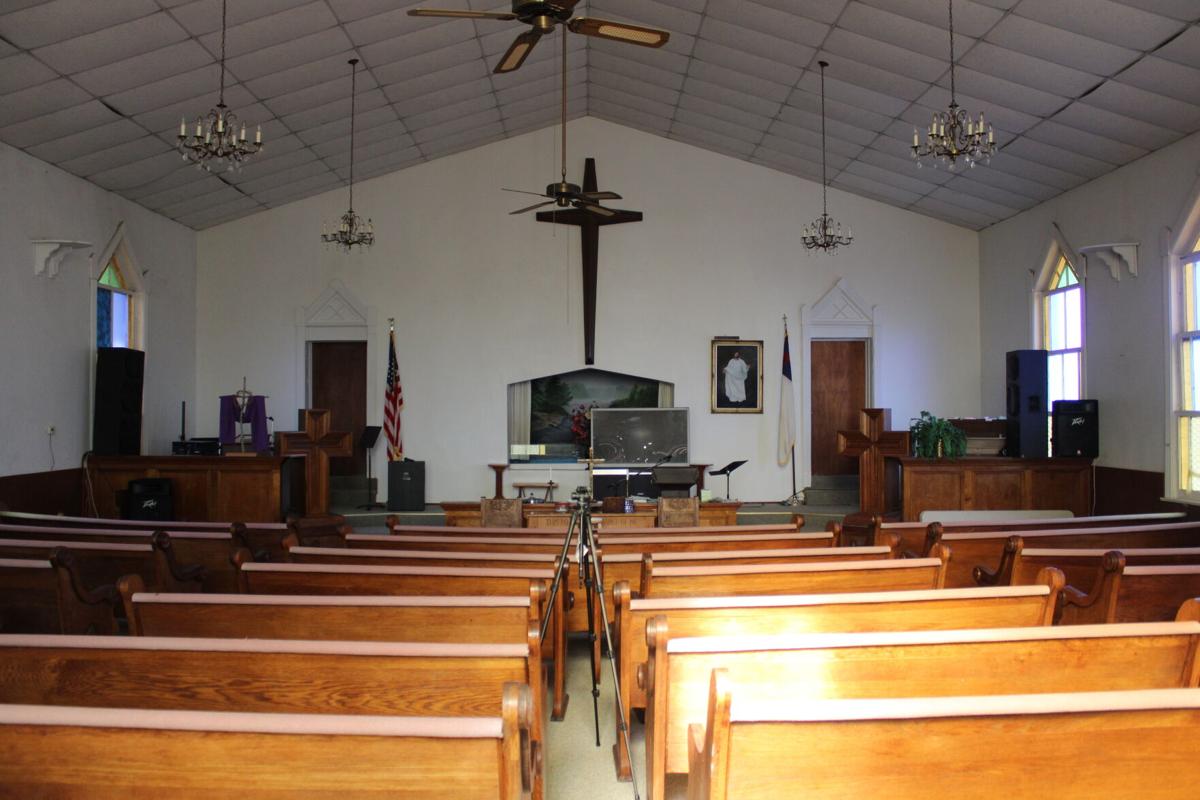 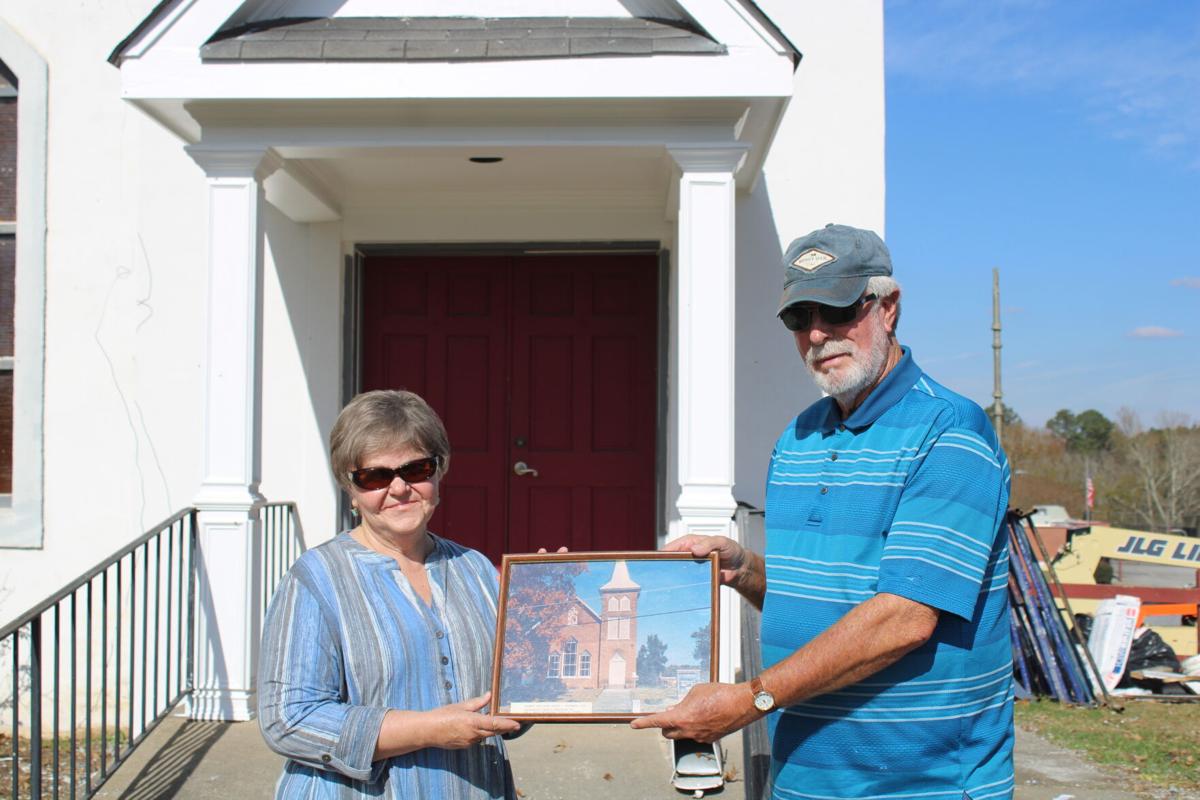 A crane sits ready for use as renovations continue on the roof of the Acworth Christian Church.

ACWORTH — Betsy Brown was baptized in Acworth Christian Church. As a young woman, she played the piano for its congregation on Sunday mornings. And 54 years ago, she married her husband there. So for Brown, the restoration of the 119-year-old church is as deeply personal as it is important to the city.

Over the past year, Brown and Mack Turner, the vice president and president of the Save Acworth History Foundation, respectively, have been working to restore the angular, white structure to its former glory. In replacing the chipped stucco, the colored glass windows and the old roof, the project has been more ambitious than either of them first imagined.

“I think this is the biggest project any volunteer group in Acworth has ever taken on,” Turner said.

For her part, Brown has become something of an amateur historian on the church and its role in the history of Cobb County.

Brown said Acworth Christian Church was founded by Nathan Smith, an evangelist who came to Georgia in 1848 by way of North Carolina. Smith was the town’s first schoolmaster and first master of its Masonic Lodge, playing a crucial role in Acworth’s early development. In 1858, he established the nondenominational congregation on Mitchell Hill.

Two prior structures housed the church. The present building dates from 1901. Its last renovation was in the 1980s, and in recent years, its age began to show.

“When we came, the stucco was in terrible shape. The windows were really awful,” Brown said, and the old tin roof leaked in a heavy rain.

Working with the city government and the Cobb Landmarks and Historical Society, Brown and Turner began looking for ways to pay for the renovations. They discovered the church had owned another parcel of land in Acworth since the 1950s. Selling that land gave them a jump-start on financing, and they haven’t looked back since. They hope to complete the work by January.

“We haven’t always been so forward thinking,” Brown said.

One of her great regrets is there had been no coordinated effort to save Acworth’s old railroad depot when it fell into disuse around 1970. The building was ultimately cut in two, with one half still standing down the street from its original location. That experience led to the eventual formation of the Save Acworth History Foundation.

Apart from its work with the church, the foundation helps collect and maintain historical documents and artifacts found in and around Acworth. Members have also conducted dozens of oral history interviews, all of which are available on YouTube. Brown regards that work as one of their most important ongoing projects.

The work of preserving the past doesn’t come cheap.

“We’ve had one quote of $26,000 just to do the windows,” Brown said, illustrating the high cost of maintaining structures as unique as this one. Turner estimated that the project has cost just over $100,000 to date, and is hoping to raise another $25,000 to $30,000 to complete the renovations.

Like many nonprofits, the Save Acworth History Foundation has struggled with funding this year, as the COVID-19 pandemic forced many families to limit their charitable giving.

Brown and Turner encouraged Cobb Countians who are interested in their work to learn more about the foundation and consider making a donation. Interested readers are encouraged to write to saveacworthhistory@gmail.com, and can mail checks to their office at the Acworth Bookstore, 4857 North Main St.

When the exterior work is completed, the foundation will leave the interior renovations of the church up to its congregation. These days, they number only about 20 people, but Brown hopes the restoration will lead to renewed interest in the church.

There’s one thing both Brown and Turner are sure of: Neither of them are itching to take on another project this big any time soon. As Brown said, “We’re going to have to have a drunken weekend after this to ever convince us to do it again.”

Fate of Biden agenda rests with Schumer in 50-50 Senate