Cobb commissioners met Monday morning for an agenda work session, the first of 2021. 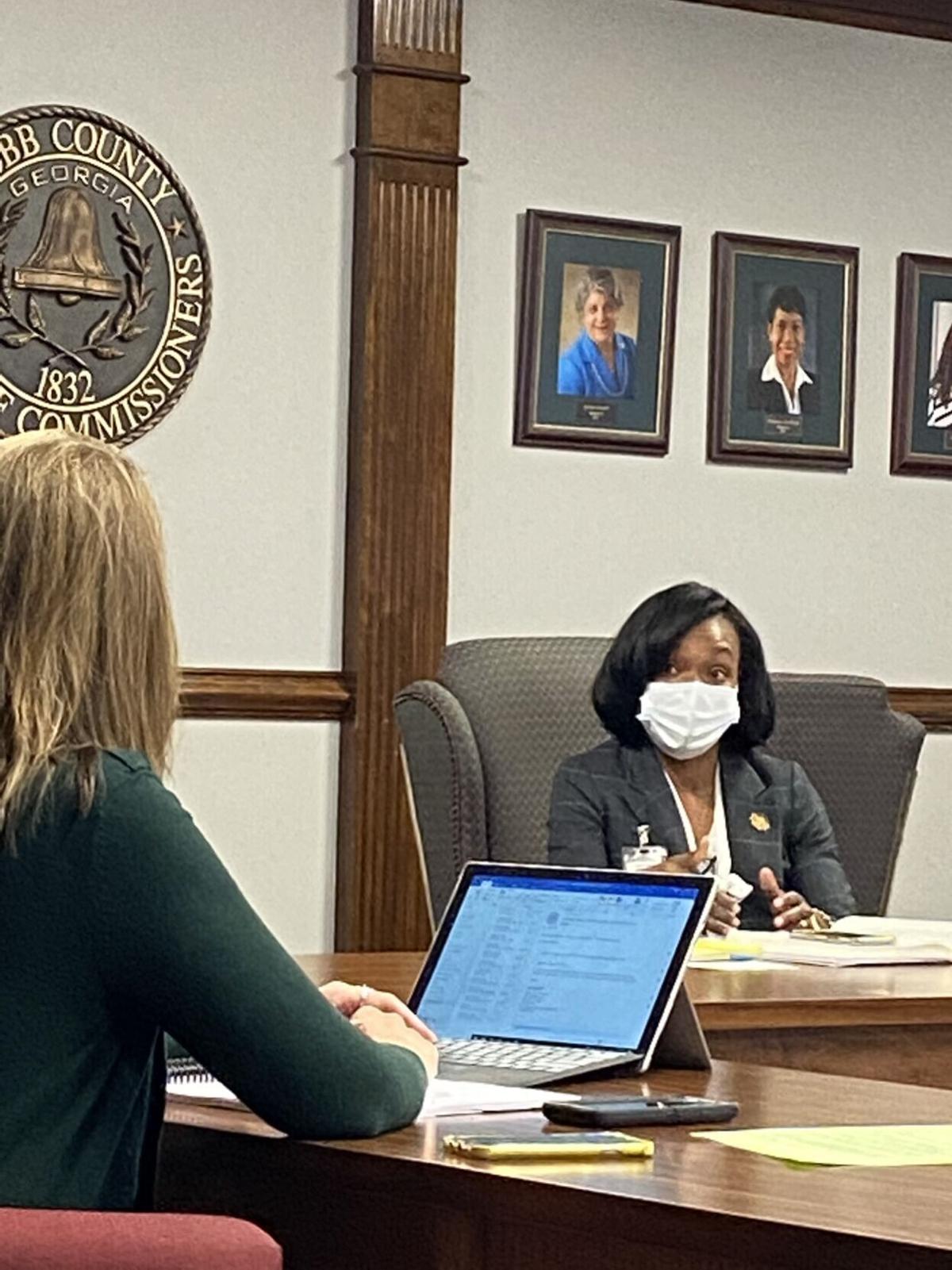 Cobb commissioners met Monday morning for an agenda work session, the first of 2021.

Newly-elected Cobb Chair Lisa Cupid and west Cobb Commissioner Keli Gambrill clashed Monday morning over a proposal that would use leftover federal pandemic aid to assist county renters struggling due to the pandemic.

It was the first meeting of the Board of Commissioners since the victors of November's election assumed office. That election saw Democrats take a majority of seats on the board for the first time since the 1980s. It is also the first time all of its members are women and a majority are people of color.

The board meets Tuesday morning for its first publicly broadcast meeting, where members will vote on a number of proposals, including one Cupid had unsuccessfully put forward last September.

Her resurrected proposal would allocate more than $2 million in federal aid to county residents who have fallen behind on their rent during the pandemic using money the county received through the CARES Act, the massive stimulus Congress passed in March of 2020. It relies on three local nonprofits to administer the aid: the Sweetwater Foundation, the Center for Family Resources and MUST Ministries.

In September, commissioners Gambrill, JoAnn Birrell and now retired Bob Ott rejected the proposal. Ott said he could not support the measure because it did not require that applicants pay a portion of their overdue rent. Nor did it provide a mechanism to prevent applicants from getting more money than they need by seeking help from more than one of the nonprofits, he said — something the nonprofits' representatives adamantly denied.

After it was rejected, Ott introduced a similar proposal drafted by Gambrill that instead used a single nonprofit, Baltimore-based HomeFree USA, to administer the aid. Cupid was livid at the time, accusing Gambrill of being "underhanded."

On Monday, Gambrill asked why the board would give the three nonprofits money, saying they hadn't given a formal presentation like other CARES Act recipients.

She also said Cupid hadn't given her enough time to consider the proposal, which she learned would come up at Tuesday's meeting only after seeing the agenda last week.

Cupid said her proposal had been discussed at length when it was first proposed last year, and that Gambrill had ample time to raise questions then.

"These issues are becoming an issue today, and I find that very difficult to accept given the fact that you provided a program on the same day of a BOC meeting that you didn't talk to (me about), that you didn't have a conversation about," Cupid said. "It was fleshed out at that meeting."

Monday's meeting was held in a small room on the third floor of the county government headquarters off Marietta Square, where commissioners gather before their bimonthly meetings to review those meetings' agendas. Cupid took a seat at the center of the table, flanked by newly elected commissioners Jerica Richardson and Monique Sheffield, Gambrill, and county department heads. North Cobb Commissioner JoAnn Birrell attended via Zoom. Agenda work sessions are public, but not broadcast online or on television like the bimonthly meetings at which votes are taken.