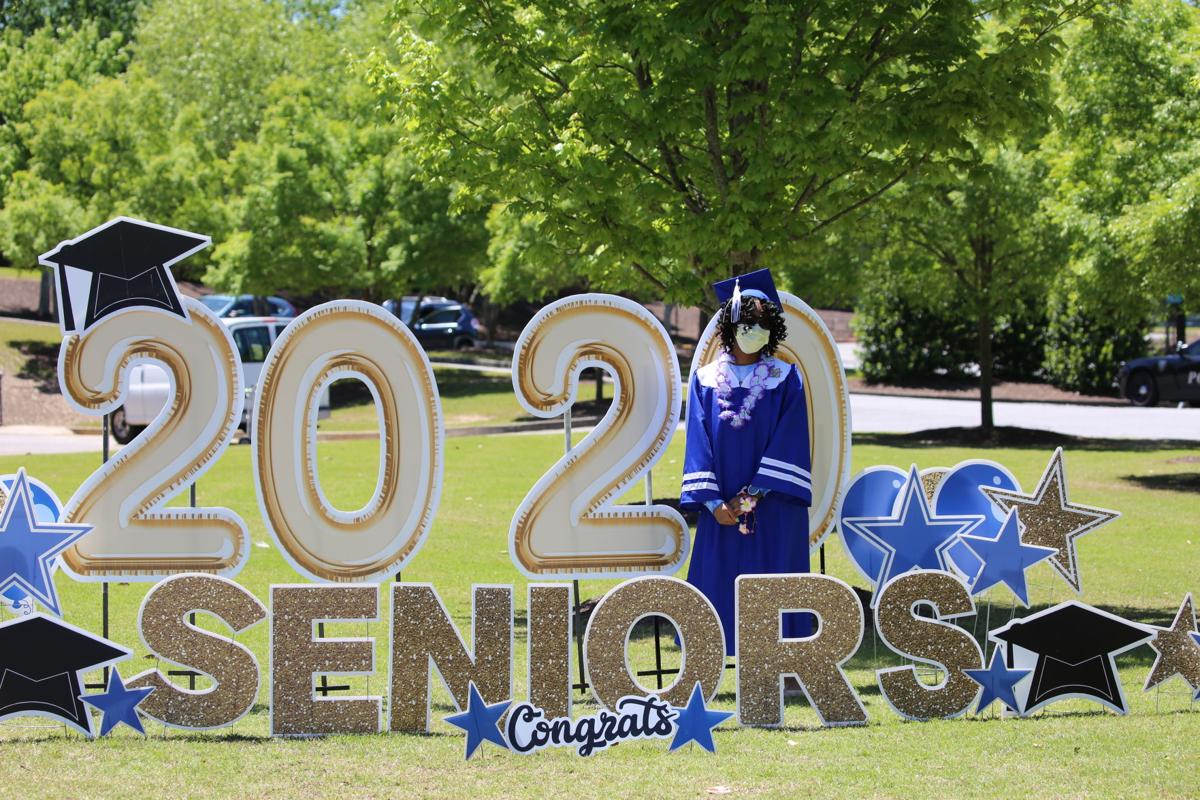 Special, Robin RayneAbove: A McEachern graduate poses in front of her school. Below: Wearing a protective face mask, Julio Santacruz adjusts his son Nicholas’ tie before a parade at Kell High School. 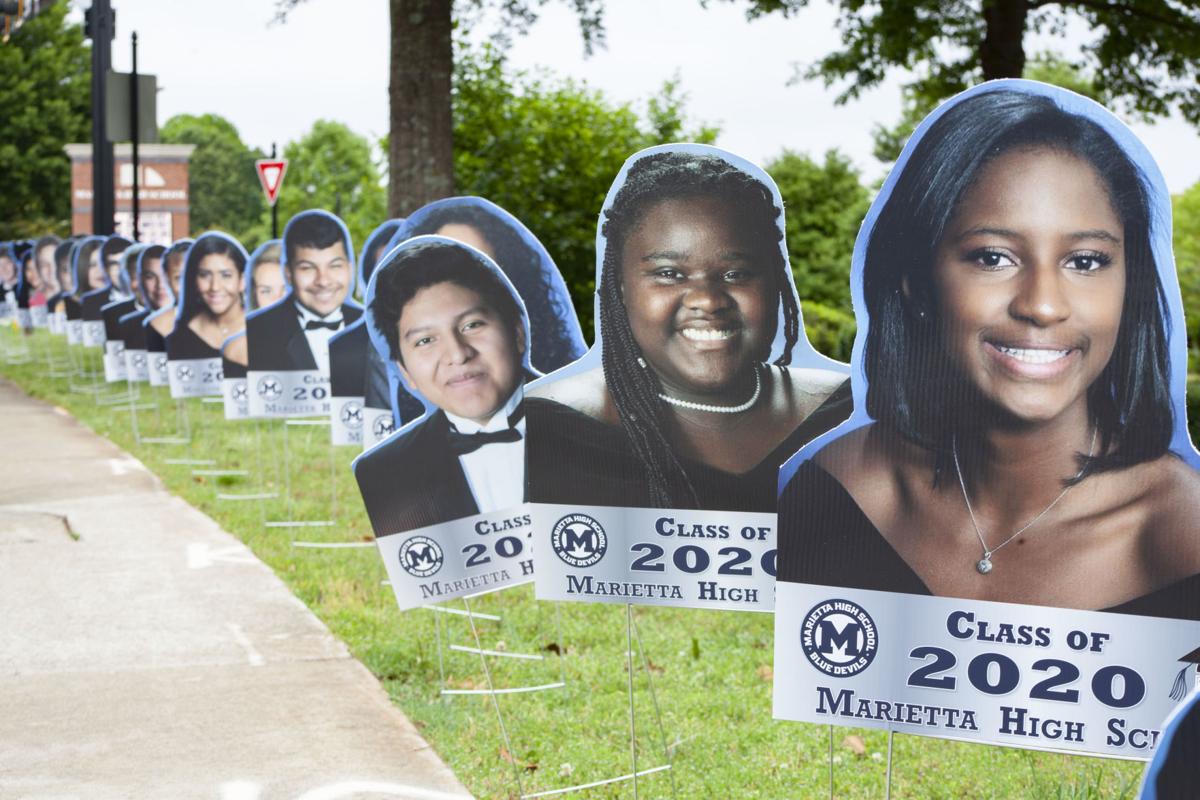 A group of Marietta High School mothers spent their Wednesday morning posting about 500 "fathead" signs depicting the faces of Marietta graduates along Whitlock Avenue in front of the school. 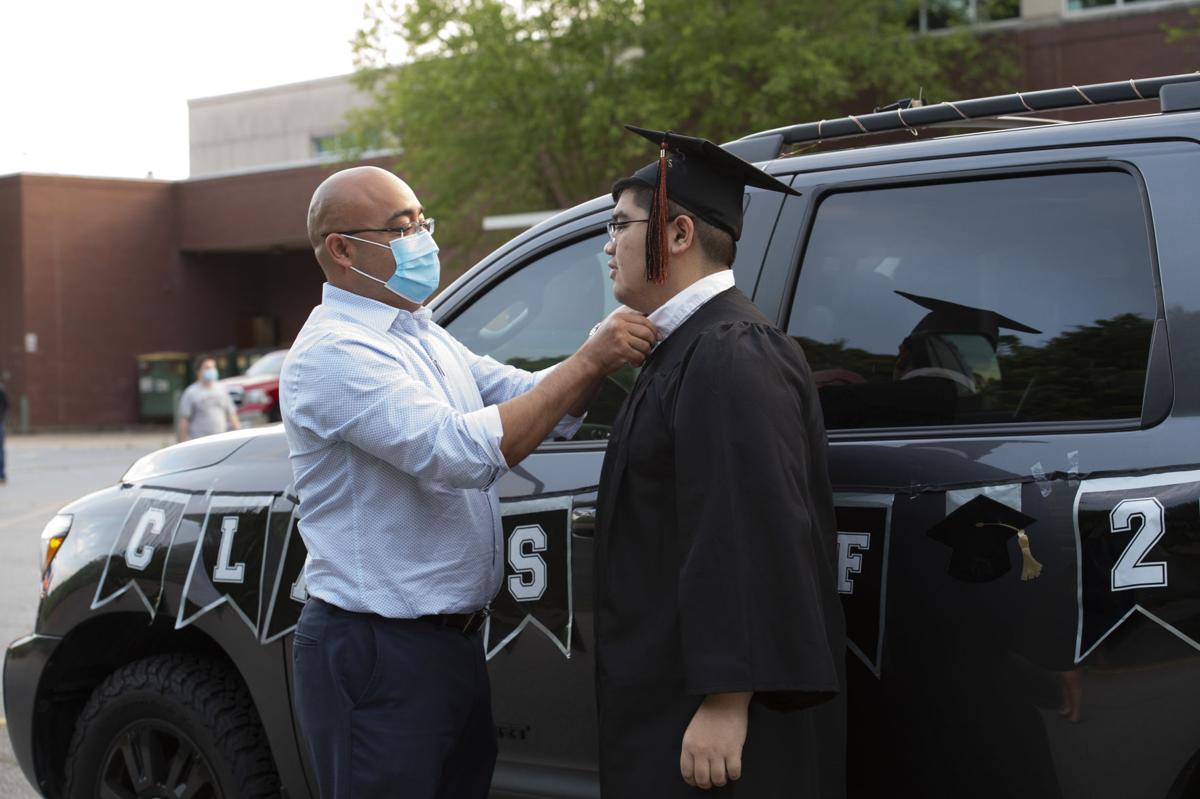 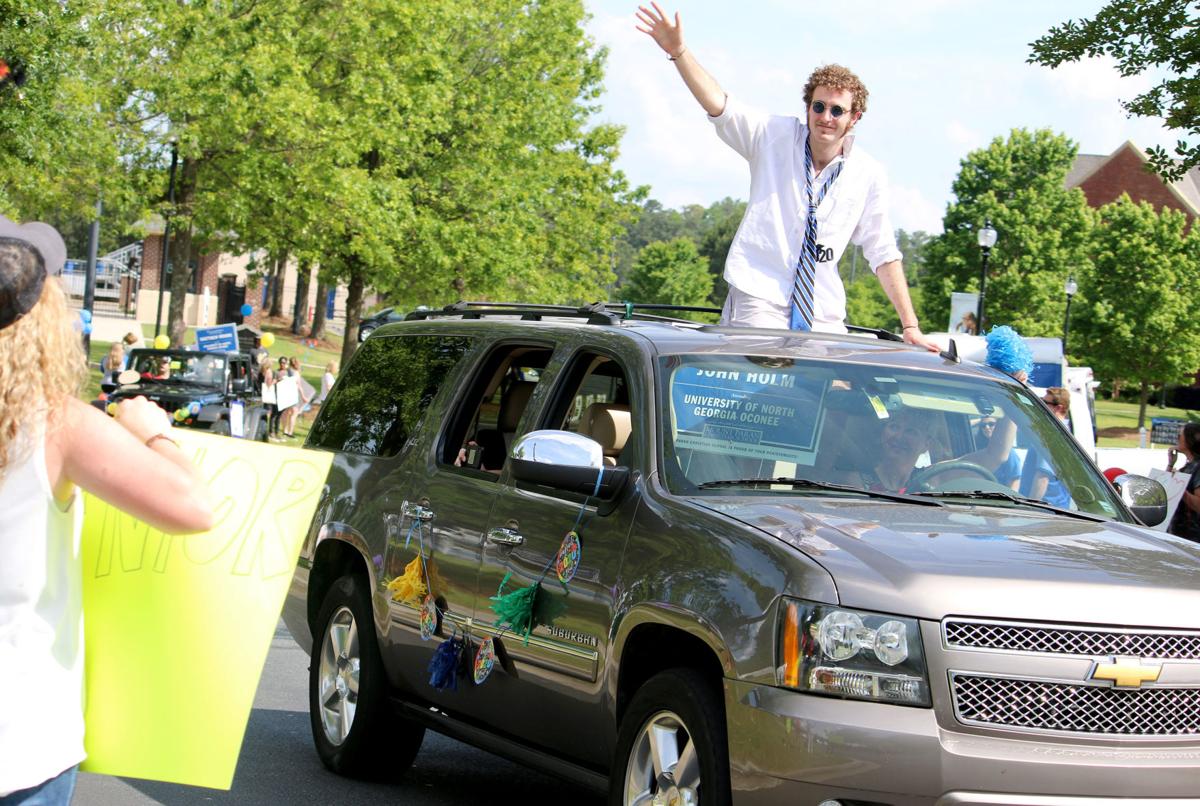 Mount Paran Christian School held a senior parade through the MPCS campus and the Overlook subdivision on May 17.

Special, Robin RayneAbove: A McEachern graduate poses in front of her school. Below: Wearing a protective face mask, Julio Santacruz adjusts his son Nicholas’ tie before a parade at Kell High School.

A group of Marietta High School mothers spent their Wednesday morning posting about 500 "fathead" signs depicting the faces of Marietta graduates along Whitlock Avenue in front of the school.

Mount Paran Christian School held a senior parade through the MPCS campus and the Overlook subdivision on May 17.

Thousands of Cobb students celebrated the end of their final year of high school this week, but likely not in the way they’d expected when they earned the title of “senior.”

Though the COVID-19 pandemic has meant students have had to complete their coursework online and graduates can’t walk this stage this May, the Cobb schools senior class still showed their academic prowess, raking in more than $100 million in scholarship offers, according to Cobb School District officials.

McEachern High School’s seniors earned more than $15.8 million in scholarships, while Hillgrove and Wheeler high school students earned about $13.7 million and $12 million, respectively. Due to school closures, which the district said make tracking more difficult, the actual scholarship totals for Cobb Schools are estimated to be even higher.

The Cobb Class of 2020 includes graduates who will continue on to Harvard, Yale and Columbia universities, the United States Military Academy at West Point, the Georgia Institute of Technology, University of Georgia, Vanderbilt University and other prestigious institutions around the country. About 300 students in the class plan to join the military.

About 82% of the approximately 9,000 graduates in Cobb schools’ 2020 class already have plans to continue their education at a two- or four-year college or university, district officials report. That’s up from 75% of last year’s class of more than 8,000 planning to attend a post-secondary institution.

In lieu of graduation ceremonies that would have taken place Tuesday through Saturday this week, graduates will instead pick up their diplomas during celebratory drive-thru events at their specific high schools this week and next, according to a news release from the district.

Cobb schools Superintendent Chris Ragsdale said the 2020 grads have shown “resiliency, determination and the ability to overcome obstacles,” in a year that saw the cancellation of many once-in-a-lifetime events, including prom.

“They have proven that they are ready to tackle the next phase of their lives, which makes me so proud of the Class of 2020,” Ragsdale said. “Our job as educators is to equip students with the skills and knowledge to succeed no matter the circumstances, and I am confident that our 9,000 graduates are prepared to succeed on whichever career or educational path they have chosen.”

Average GPAs for valedictorians in Cobb hovered around 4.69, representing an increase over last year’s 4.6 average. Salutatorians averaged a GPA of 4.58.

Campbell High School’s John David LeGrow, bound for the University of Chicago, topped the class of 2020 with a staggering 4.831 GPA, according to the district. Elizabeth Maryann Benecchi, Campbell’s salutatorian bound for Harvard, finished her high school career with the same GPA.

The Cobb class of 2020 also includes 23 Georgia Scholars and seven $2,500 National Merit Scholars, with more that could be announced in coming months.

Private schools across Cobb also boast students who have received various scholarships and will attend prestigious institutions. Those schools have also creatively celebrated the hundreds of seniors who would normally have been graduating in ceremonies this month.

Meanwhile, Marietta City Schools, which has scheduled an in-person graduation ceremony on July 24, is expected to graduate about 500 seniors, by that time. The class includes five Georgia scholars, as well as Ivy Leaguers.

More detailed information on the Marietta School District’s class of 2020 was not available by press time.

Marietta schools Superintendent Grant Rivera thought the Blue Devils Class of 2020 has had “quite a year,” they’ve risen to the challenge to “be somebody.”

“I could not be more proud of their accomplishments and I look forward to what their futures hold,” Rivera said. “Though our celebrations look different from what we originally planned, our MHS graduates are loved and supported by all in our district and city.”

Liz Weston: Can you have too much credit?

Reward offered to find suspect in killings of 2 brothers