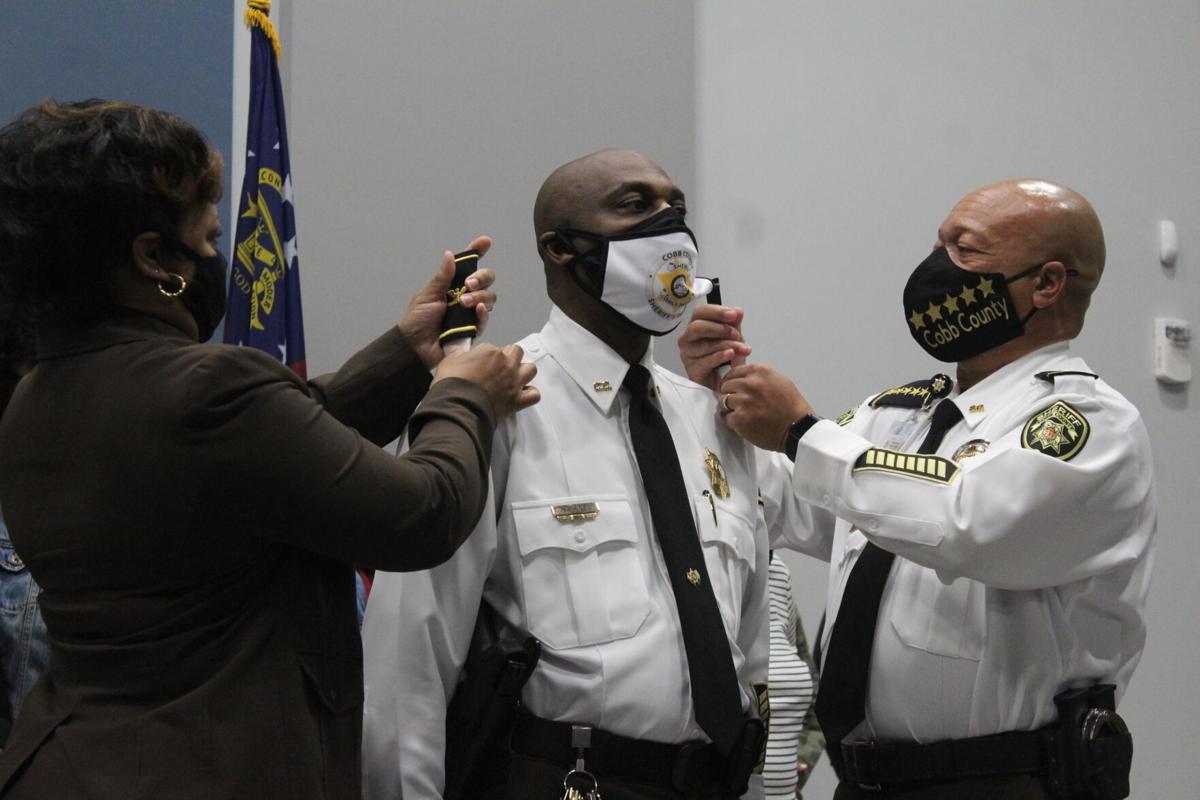 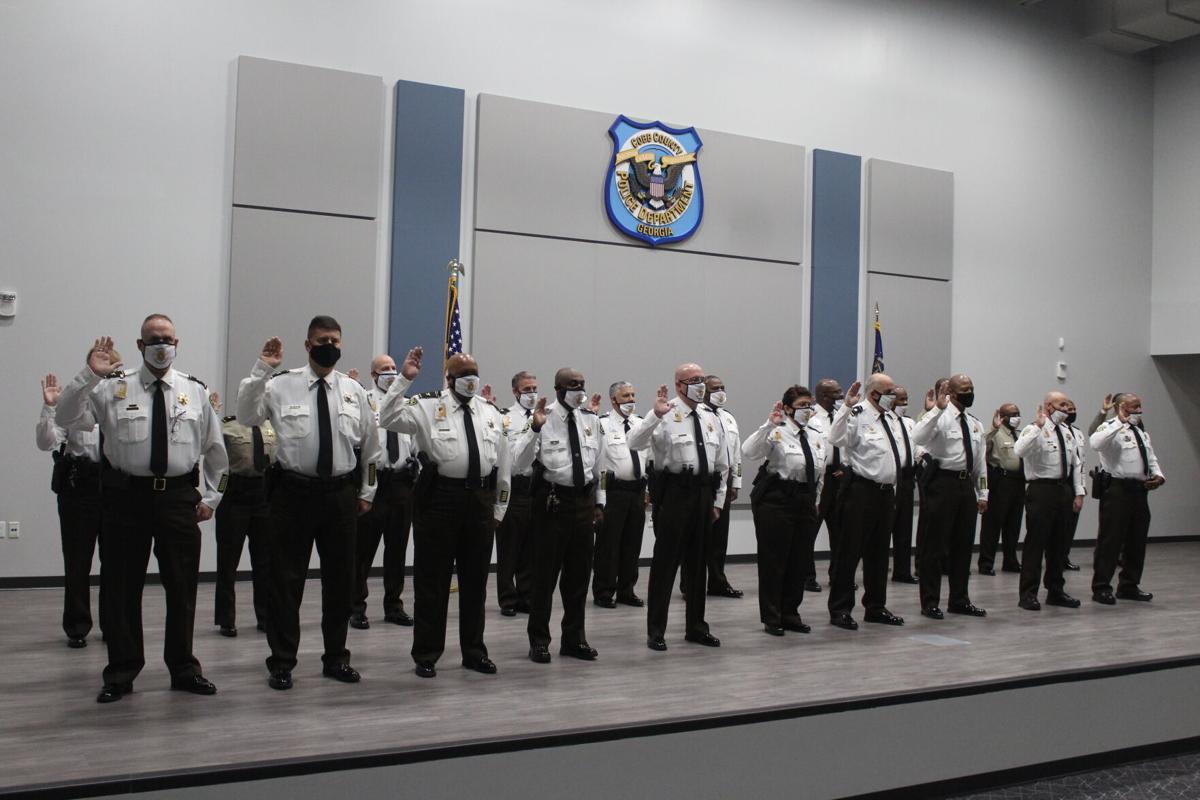 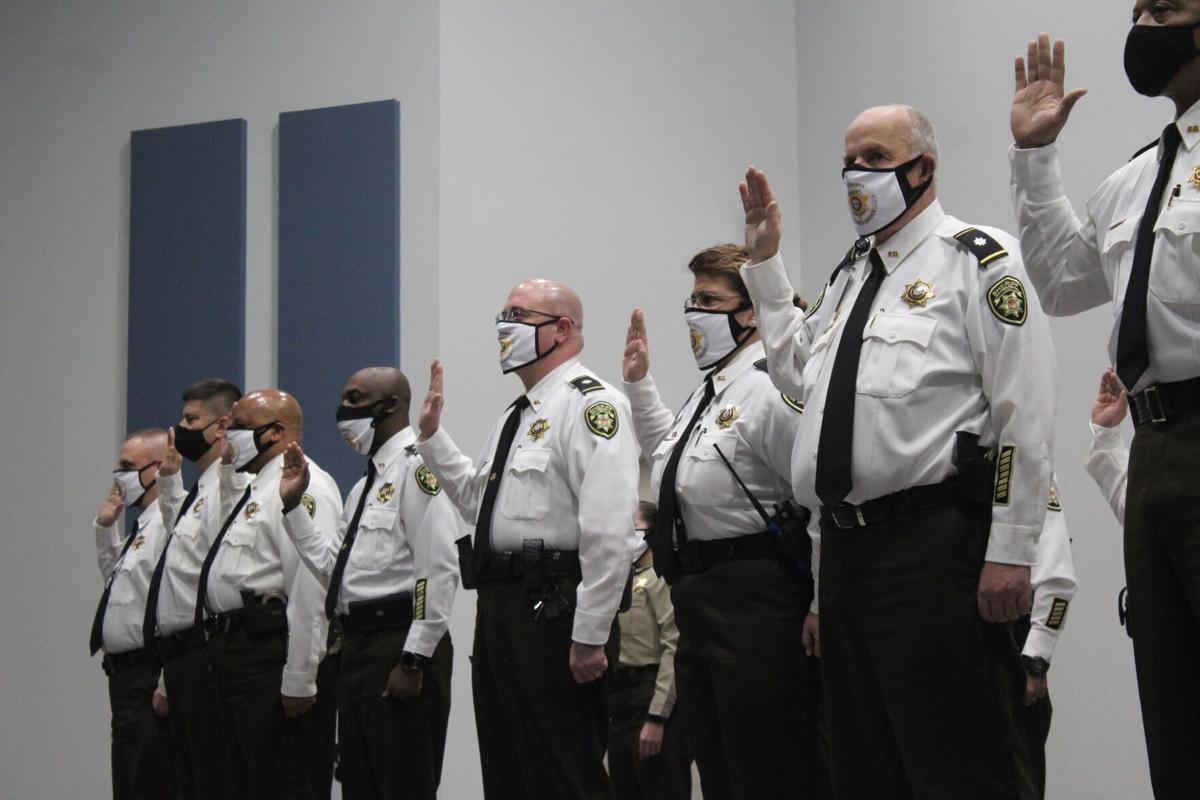 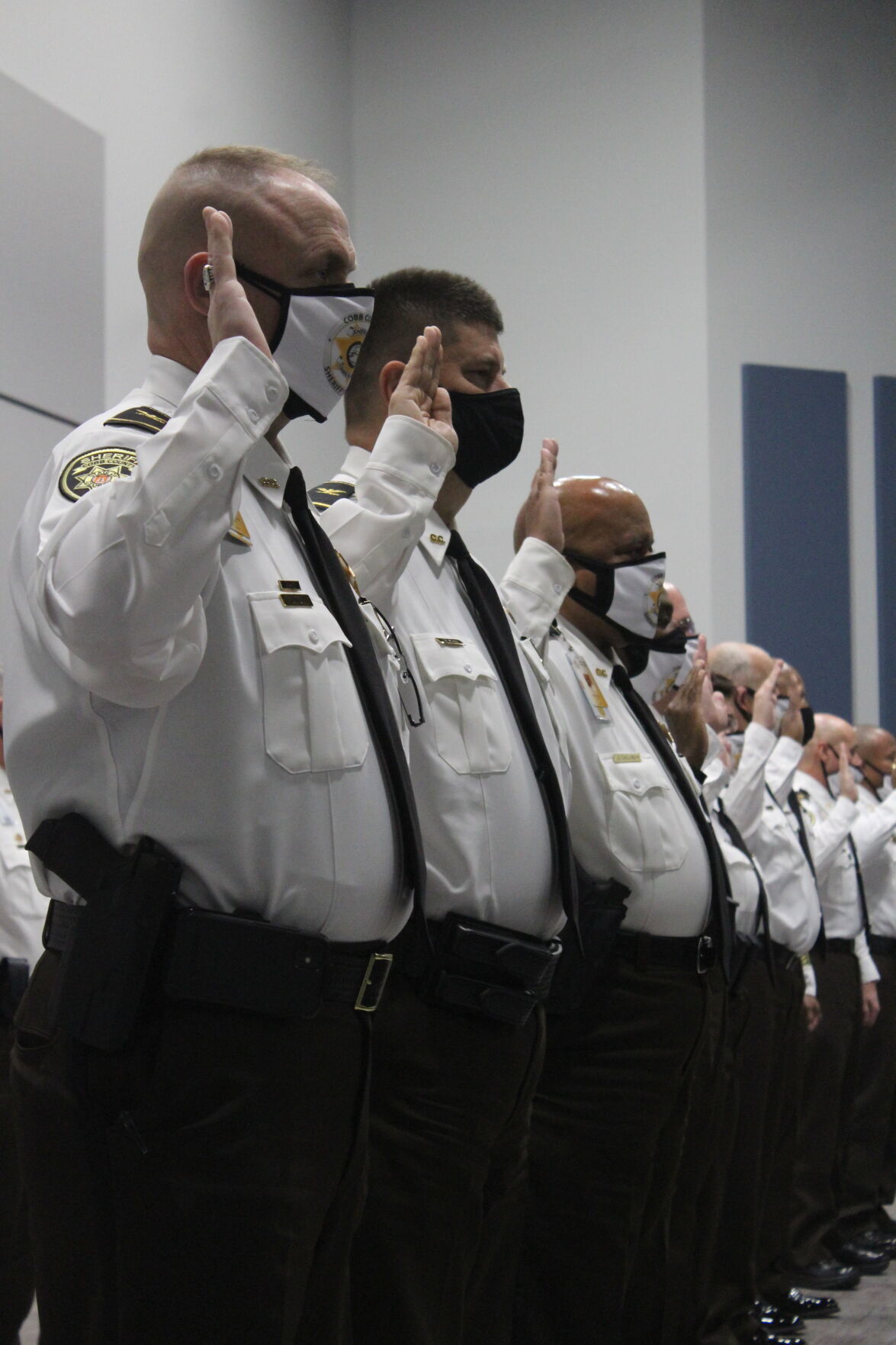 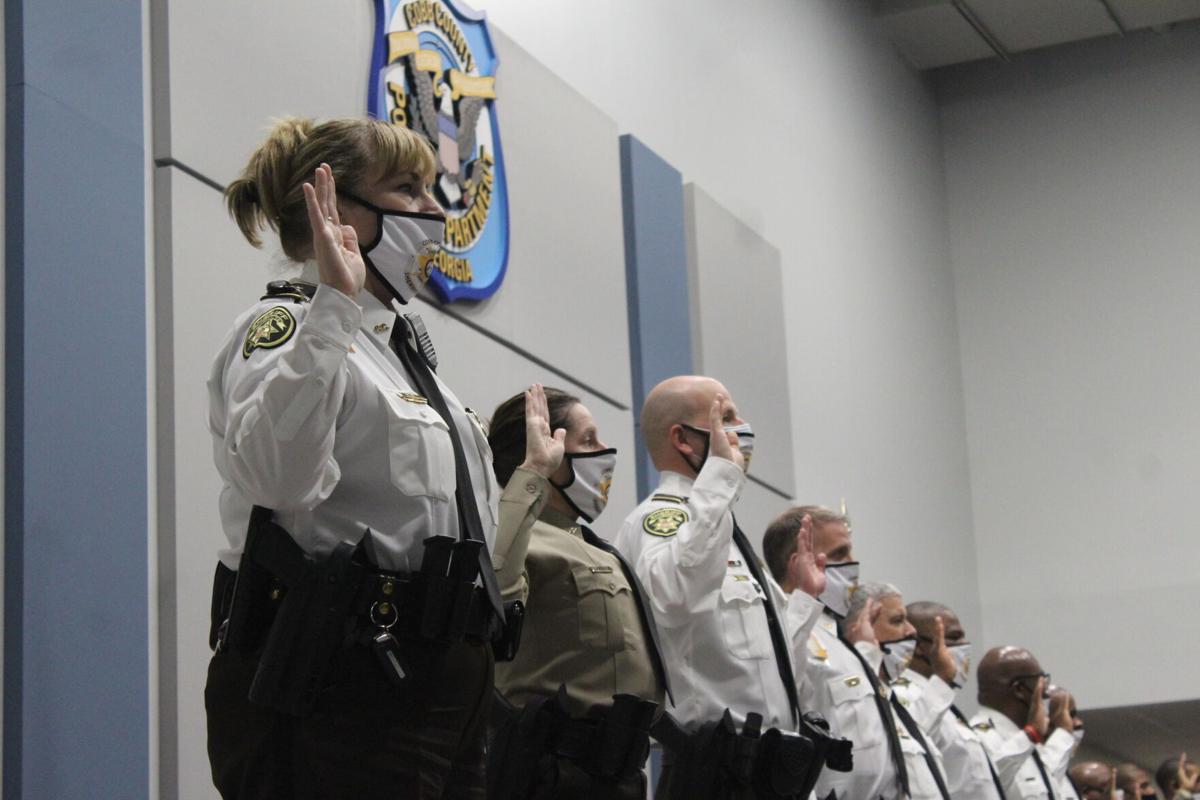 Owens’ office said it was the first time a public ceremony had been held for the swearing-in of command staff. All 20 members took their oath en masse at the county’s brand new Public Safety Training Center off East-West Connector in Austell.

“He’s brought in a lot of different individuals from different agencies (such as) military, other law enforcement agencies,” said Maj. Steve Gaynor, head of the local Fraternal Order of Police and a member of Owens’ command staff who heads community engagement. “We have a retired Marietta commander. There’s a retired trooper. There’s a couple military guys, there’s a couple folks (from the police department). … They’re just able to bring a new vision, a new view.”

Owens said much the same during brief remarks before and after the command staff took their oath.

“We have a well-rounded group to lead this office into the future,” he said. “The sheriff’s office will never be like it used to be. It’s not because it’s bad that way, it’s just because I’m doing something different.”

Members of the command staff are: