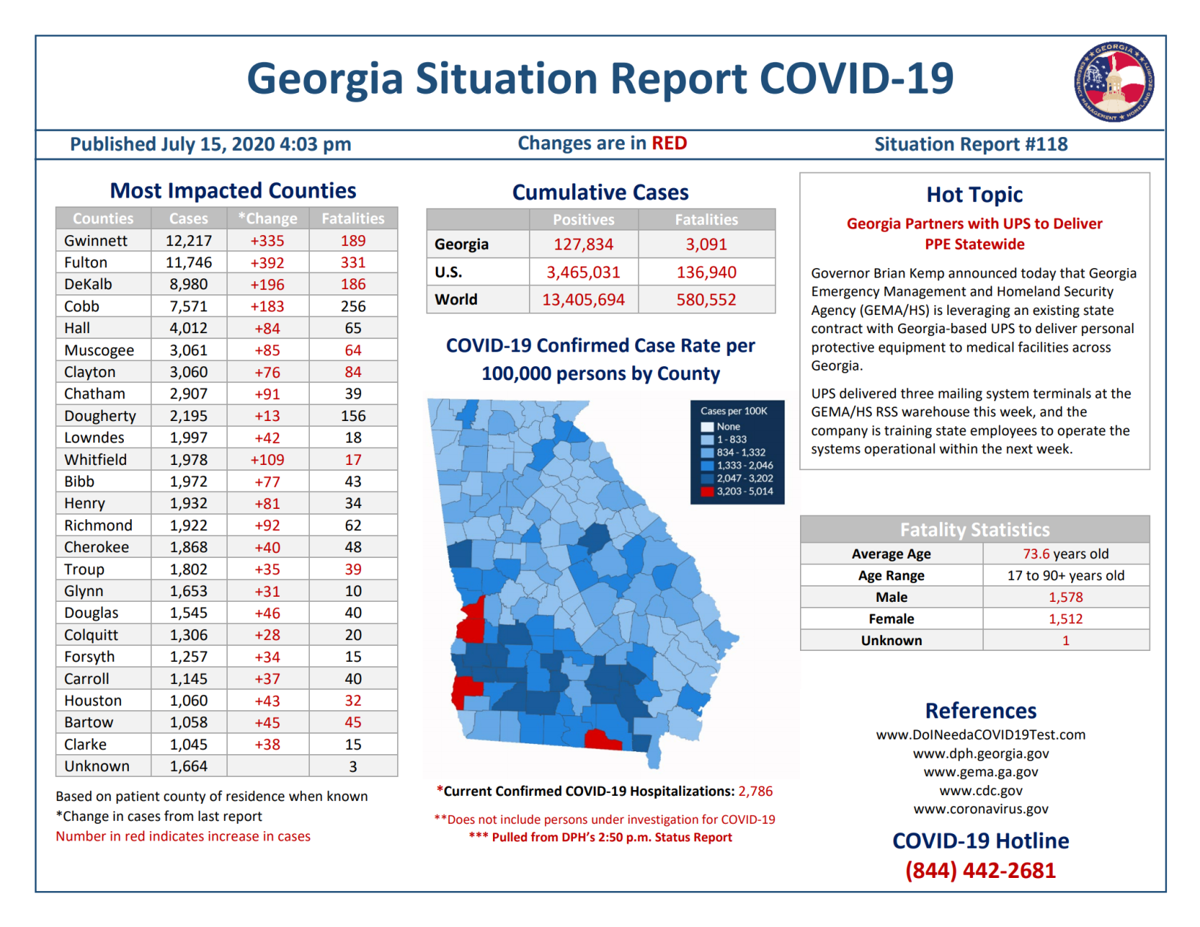 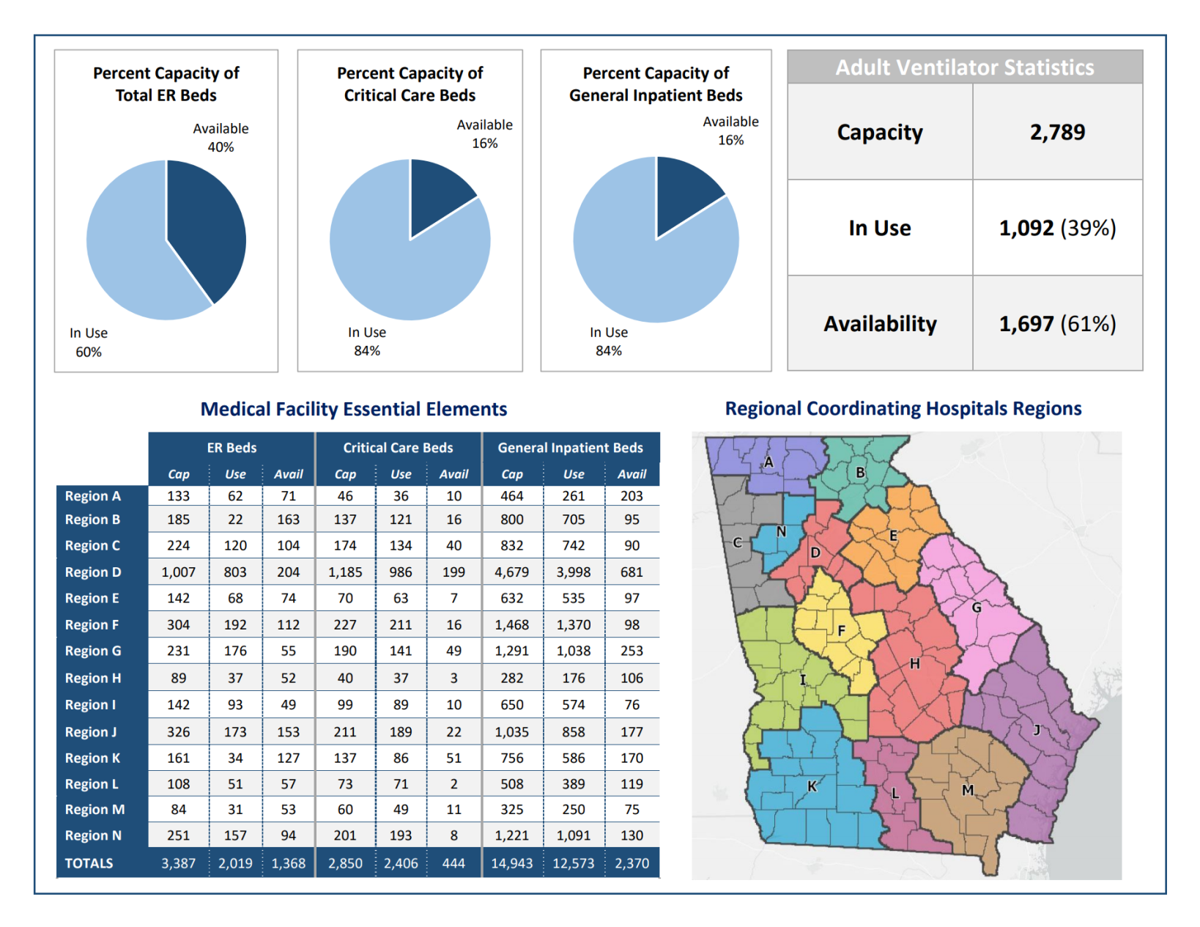 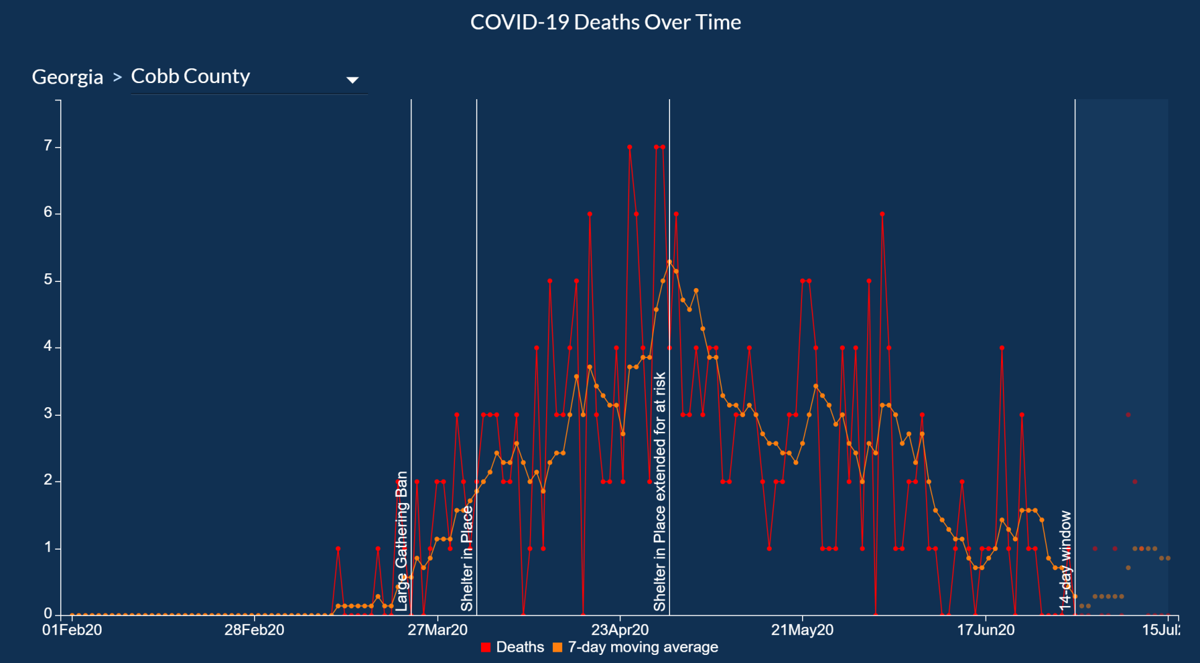 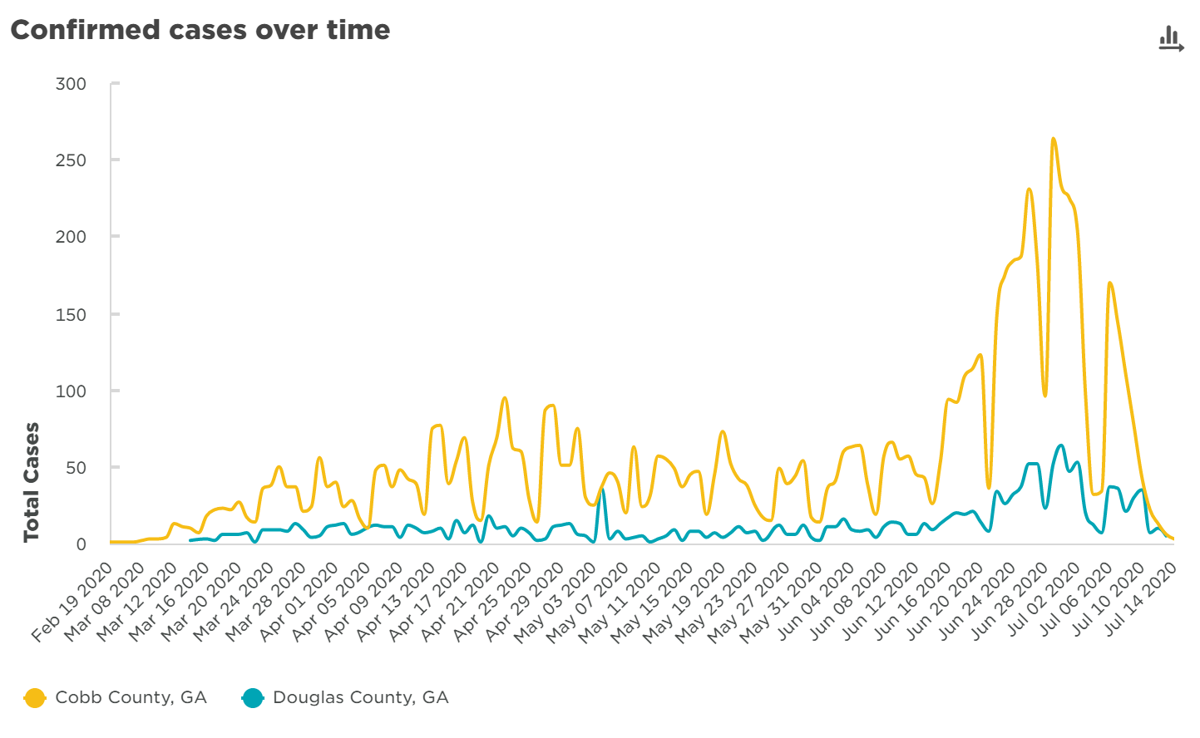 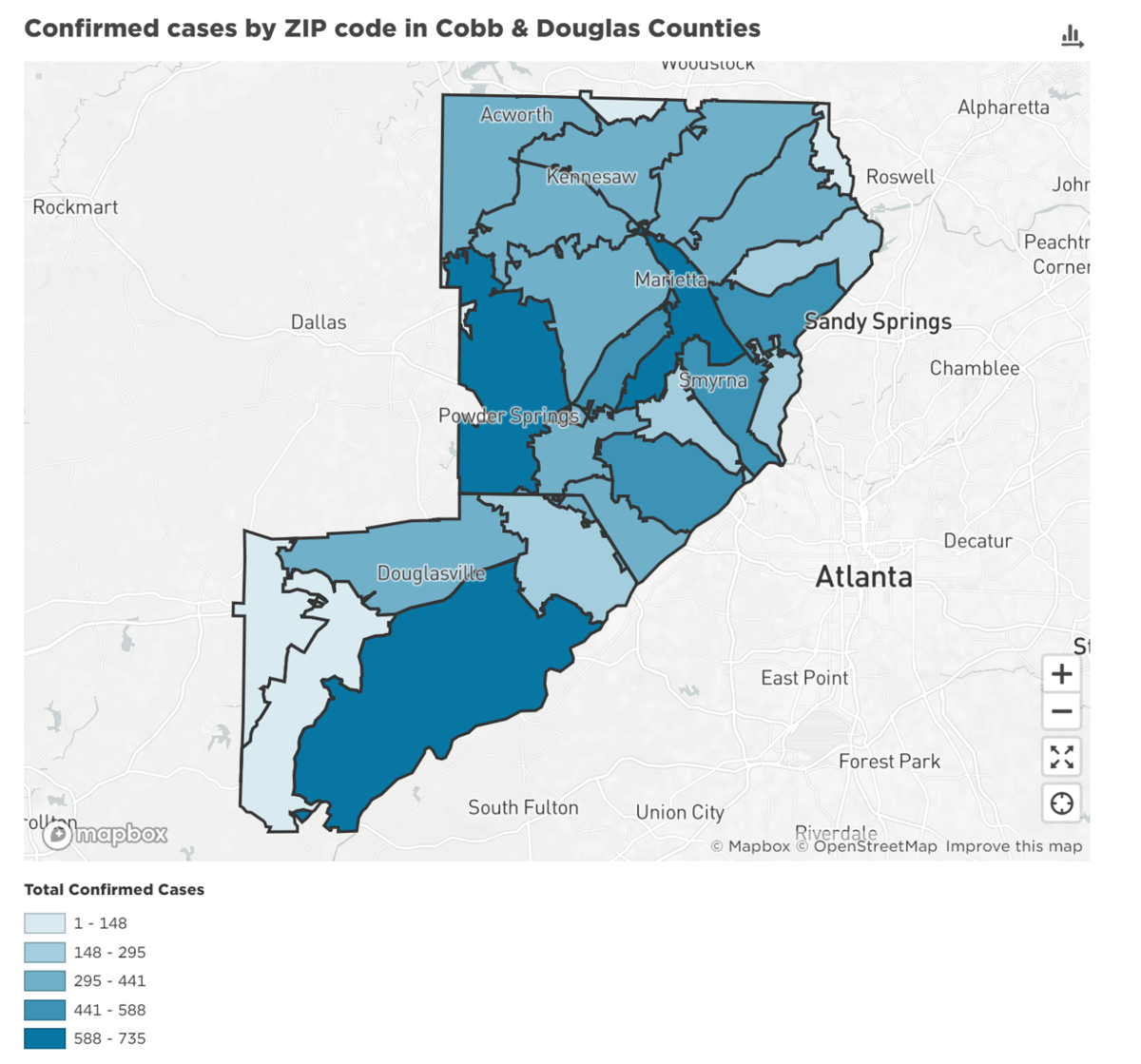 Cobb County reported 183 new confirmed cases of COVID-19 Wednesday and two people have died of the virus this week.

The county’s cumulative number of infections is now 7,571, per the Georgia Department of Public Health’s daily status report.

Two new deaths were reported Wednesday, bringing the total death count to 256. Previously, no deaths had been reported in Cobb since Sunday.

The county reported 12 new hospitalizations related to COVID-19 since Tuesday, bringing the total up to at least 1,024.

The county’s fatality rate from the virus is about 3.38%. Cobb’s death toll ranks second among Georgia counties, trailing Fulton’s 331 deaths.

Statewide, Georgia reported 3,871 new confirmed cases on Wednesday, bringing the state total to 127,834 cumulative cases. The DPH has reported 3,091 total deaths, an increase of 37 deaths since Tuesday. The state’s death rate based on these figures is about 2.42%. Among all states, Georgia ranks eighth in total cases and 14th in total deaths, according to the Centers for Disease Control and Prevention.

The CDC reported 3,416,428 cumulative cases nationwide on Wednesday, an increase of 60,971 new cases. The CDC reported 773 new deaths, bringing the national death toll to 135,991. Based on those figures, the COVID-19 death rate in the United States is about 3.98%. The CDC also reported at least 99,855 health care professionals in the country have contracted COVID-19, and 531 have died.

A Cobb & Douglas Public Health report, including data on how the coronavirus is affecting different ZIP codes, is available at reports.mysidewalk.com/17554e75c1#c-452027.

'Welcome home': Premier League's soul is back as fans return