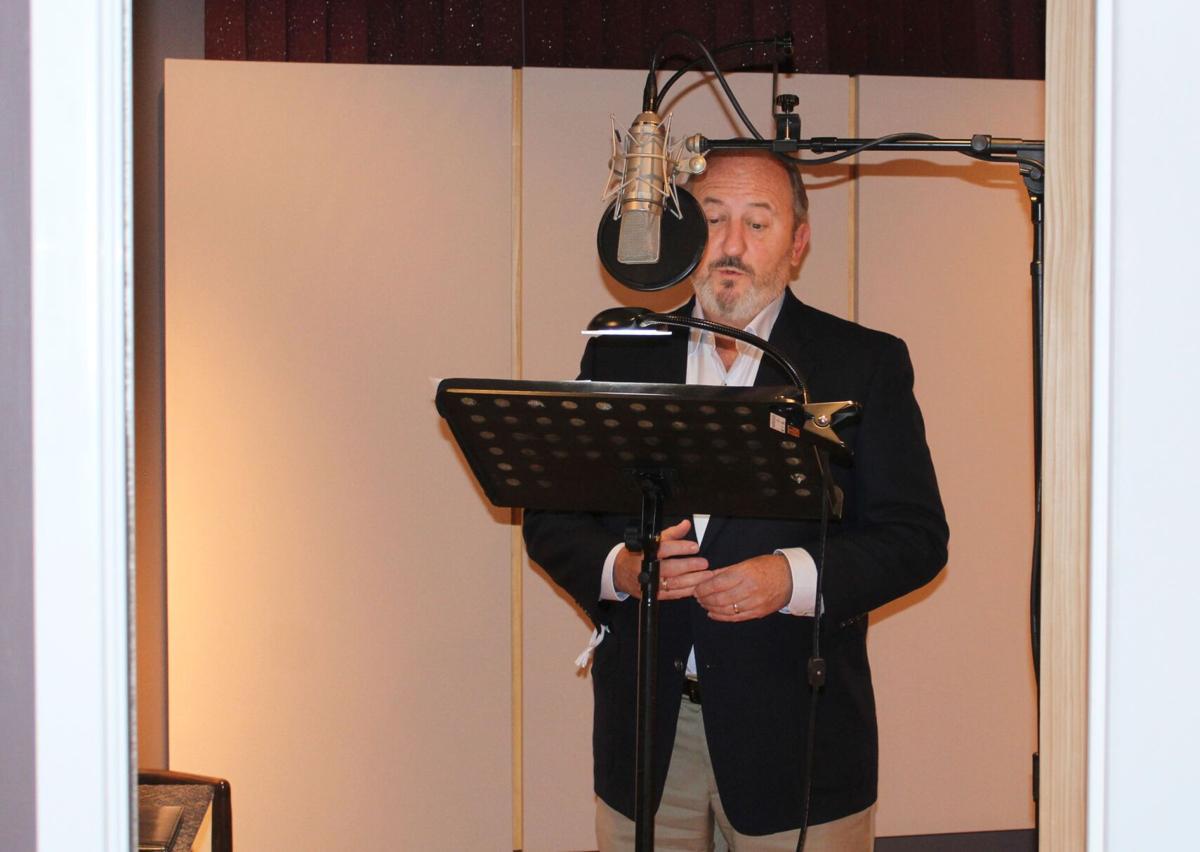 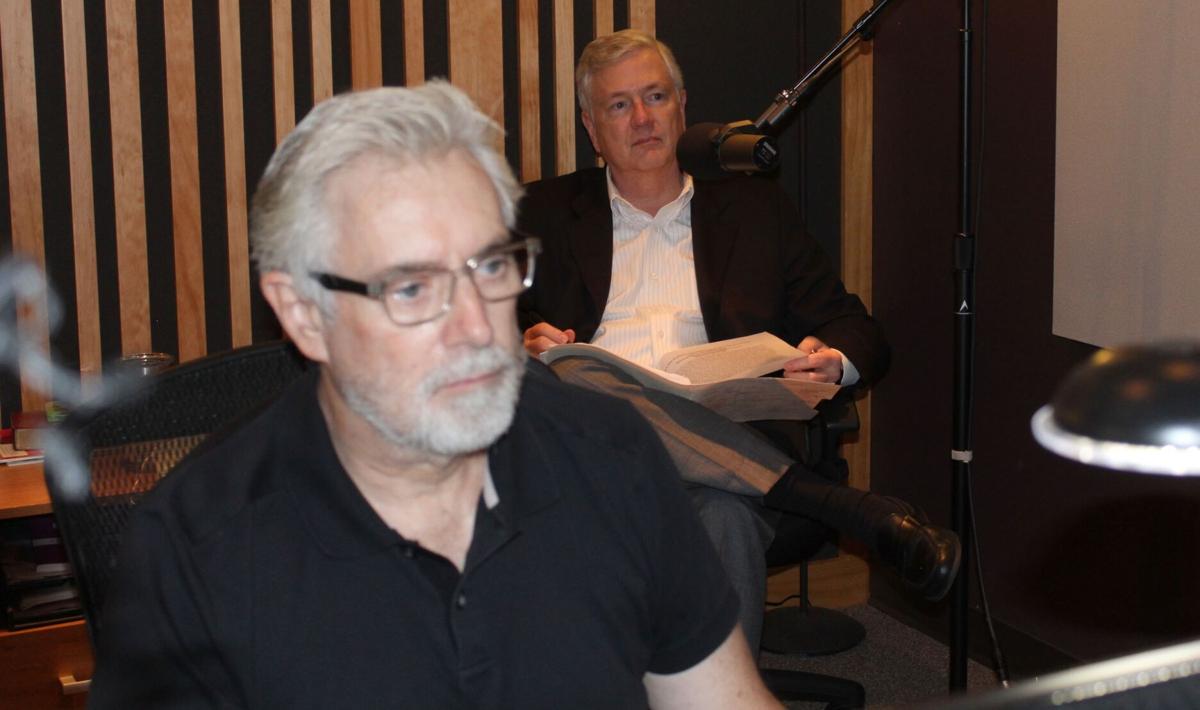 From left, Donal Jones, Day1’s director of production; and Peter Wallace, executive producer and host of Day 1 and president of the Alliance of Christian Media; start to record a show. 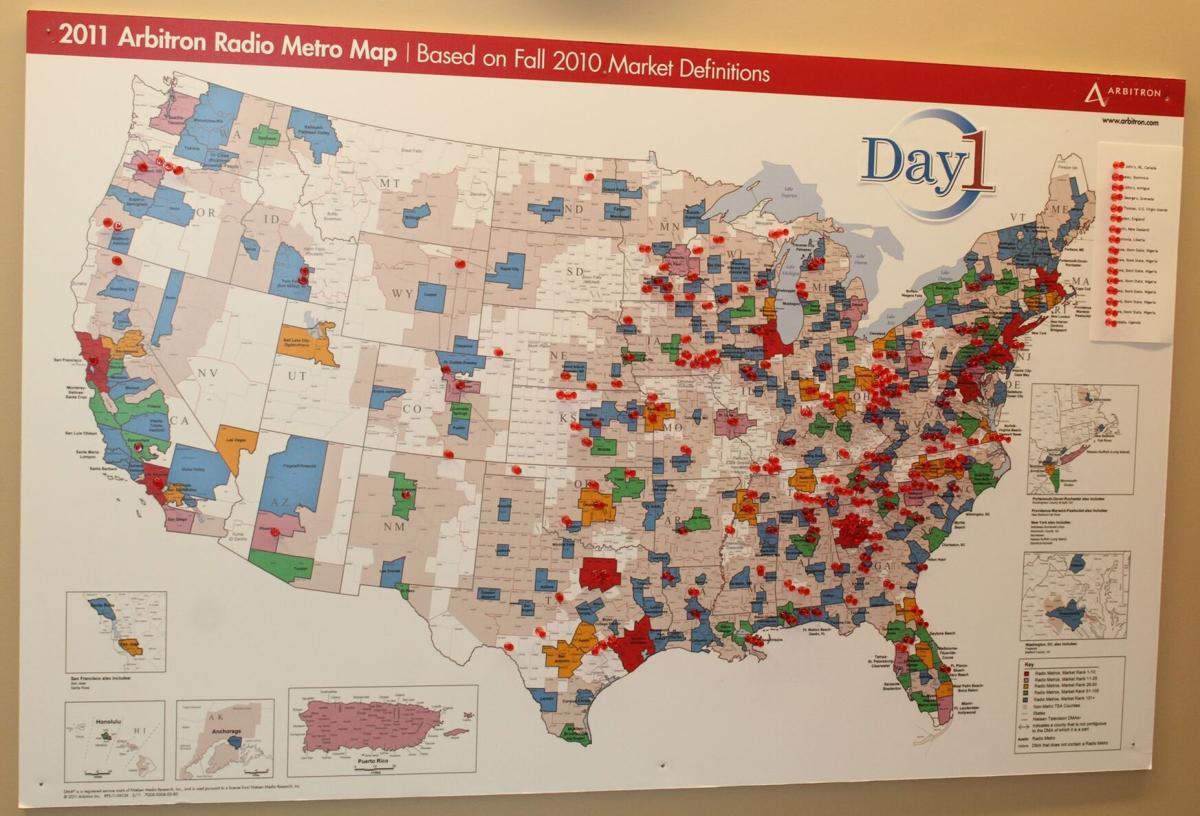 This map shows the locations of the about 200 radio stations that broadcast Day1’s program in the United States (plus 12 other countries).

From left, Donal Jones, Day1’s director of production; and Peter Wallace, executive producer and host of Day 1 and president of the Alliance of Christian Media; start to record a show.

This map shows the locations of the about 200 radio stations that broadcast Day1’s program in the United States (plus 12 other countries).

Growing up in the Caribbean islands of Antigua and St. Thomas, U.S. Virgin Islands, Jennifer Friday had fond memories of listening to “The Protestant Hour,” a weekly Sunday Christian radio program that changed its name to Day1 in 2002.

“I remember the organization as a child growing up in the Caribbean when we would hear it on the radio. I was familiar with ‘The Protestant Hour’ from my youth,” said Friday, who has been involved with “The Protestant Hour”/Day1 for 25 years and is currently its board chair. “… It always amazes me as an adult now I can recall it as a child. I think of all the people worldwide who hear this and maybe years from now will make a connection to the organization in ways I have been fortunate to do.”

This year Day1, whose studio is located inside Second-Ponce de Leon Baptist Church in Buckhead, is celebrating its 75th anniversary. It’s marking the milestone with a variety of online events and programs; due to the pandemic, a gala planned for this fall was cancelled. In August and September, Day1 hosted a six-part series of programs and has published a coffee table book commemorating the anniversary. It’s also digitizing its archives, which are housed at the University of Georgia in Athens.

It started when leaders of major Protestant denominations and educational institutions formed the Southern Religious Radio Conference near the end of the war to spread the gospel through the radio. The leaders represented the Southern Baptist, Methodist, Presbyterian, Lutheran and Episcopal denominations.

The Southern Baptist Church left the show about a year later, and over the years it has picked up other denominations, including United Church of Christ, Christian Church (Disciples of Christ) and American Baptist Churches USA.

At its start, “The Protestant Hour” featured a different minister each week, but by the 1950s the producers decided to feature one primary preacher year after year to represent their denomination. This approach created audience loyalty and ensured sermon quality.

Today Day1 is a ministry of The Alliance for Christian Media, an ecumenical nonprofit media ministry based in Atlanta. The Alliance was created in 2004 following the merger of The Protestant Hour Inc. and the Episcopal Media Center, which was founded in 1945 and originally called The Episcopal Radio and TV Foundation.

Day1 is broadcast to 20 million listeners on more than 200 radio stations in the United States and 12 countries and on its website.

“When I came in, it was down to about 130,” said Peter Wallace, Day1’s host and executive producer, who joined the show in 2001 and became its host four years later. “We’re right over 200 now and have been for years. … We just added a new station in Sudan, Africa.”

At its peak in 1977, the show was aired on over 600 radio stations and the Armed Forces Radio Network worldwide, because of the Sustaining Time practice mandating public service programming for free.

“The Armed Forces Network was a really big deal because it was transmitted to all military bases throughout the world,” said the Rev. Louis C. “Skip” Schueddig, the Alliance’s former president and executive director and ex-Episcopal producer of “The Protestant Hour”/Day1 until retiring in 2012.

Wallace said the number of stations broadcasting the show dropped after the Sustaining Time practice ended.

The Alliance was formed partly because by the early 2000s, the four denominations funding “The Protestant Hour” had to stop doing so “because of dwindling budgets,” Wallace said. Since then the Alliance and Day1 have operated solely on other donations.

The Rev. Dock Hollingsworth, senior pastor at Second-Ponce, has been involved with Day1 since he became that church’s leader in 2013, the same year it moved there, but had known about the show for years before that. Day1 was previously located at All Saints Episcopal Church in Midtown for 12 years and in a building next to Emory University in DeKalb County since 1955.

“We instituted interviews with preachers, dropped some of the choir (music) and as much music as we were using (then),” he said, “and tried to make it something a little more accessible and more familiar to people who were used to the talk format in a program that was more attuned to the craft of preaching. That came to be more of the emphasis of the program.”

Jones and others reflected on what the anniversary means to them.

“When it started, the mainline church was such a force in the country,” Wallace said. “Political leaders were mainline Protestants, and now the good thing is there’s a lot more diversity in the country. But with the church memberships dwindling and so forth, it’s been an interesting 75 years. I think what it leaves us with is a group of denominations and churches who are really a lot more agile to respond to needs and to get their messages out. …

“But the good thing is that it’s still a loyal and huge audience for this kind of message of hope and faith and inspiration dealing with issues of the real world, preaching what the Bible says at it applies to our own lives. We have these wonderful preachers who preach from all over the country who are accomplished and present their sermons with excellence.”

Schueddig added, “It represents a continuity of a historic Protestant message that continues to be this glue that holds together the reformed tradition of Christianity.”

Said Jones, “I’m gratified to have been part of the ministry for 30 years and to be a part of its evolution from ‘The Protestant Hour’ to Day1. I’m really happy it’s survived all these eras. It’s the lone program on the radio and online, which I think speaks for a contingent or part of a Protestant church that really doesn’t have much of an influential voice in the media.”

Day1 is broadcast locally on WSB radio (750 AM/95.5 FM) Sundays at 7:05 a.m. Current and past sermons and programs, plus follow-up interviews with Wallace and the featured preachers, can be heard by visiting its website, www.day1.org.

Man caught in empty house after escaping through jail fence

Next up in hunt for COVID-19 vaccine: Testing shots in kids