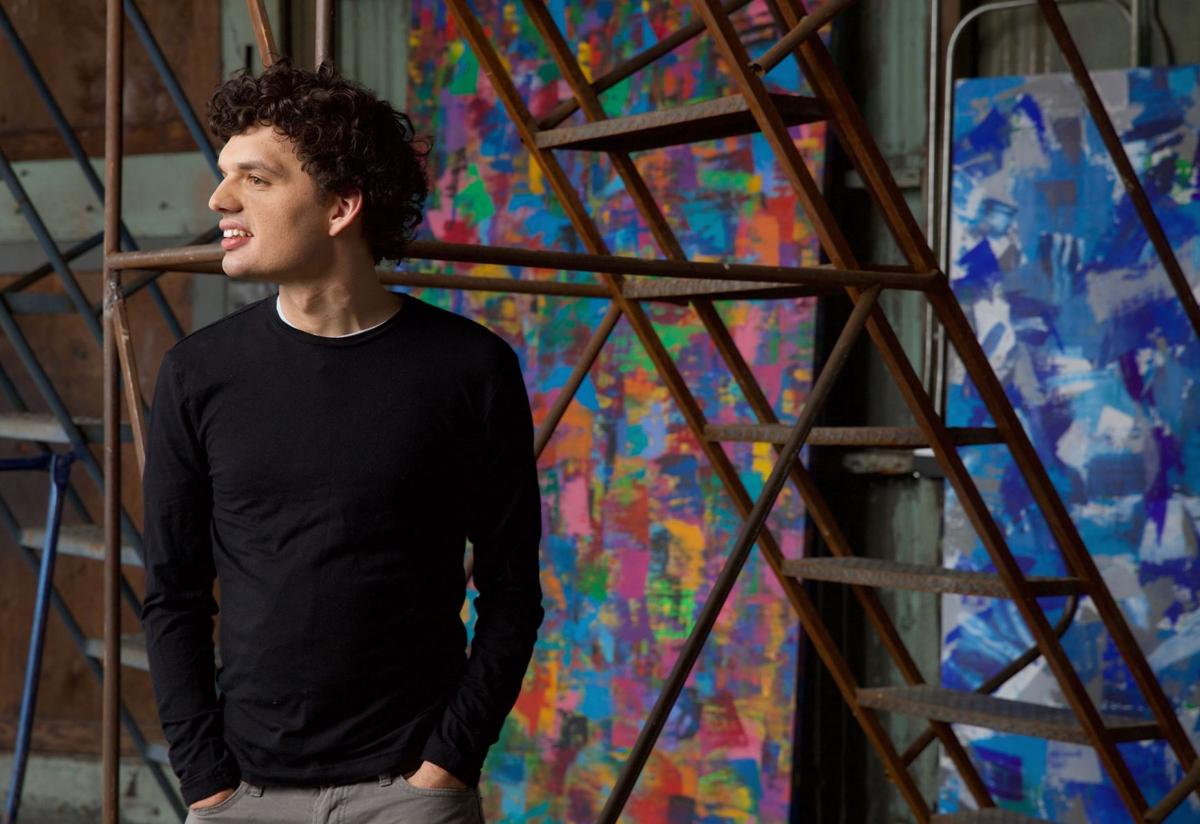 Nicholas Kontaxis is pictured with two of his paintings behind him. 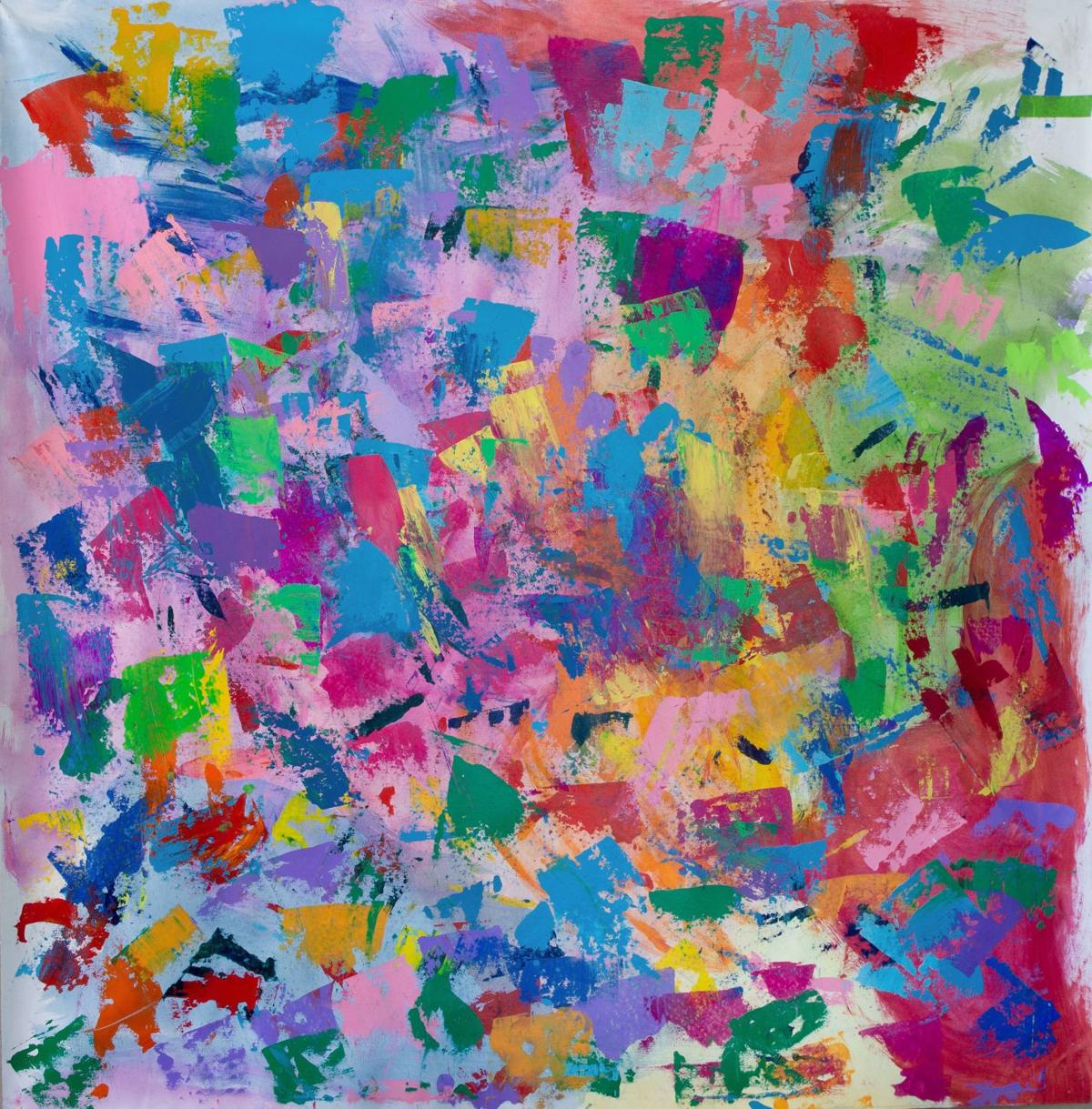 “Beautiful as Me” is one of the paintings by abstract artist Nicholas Kontaxis. 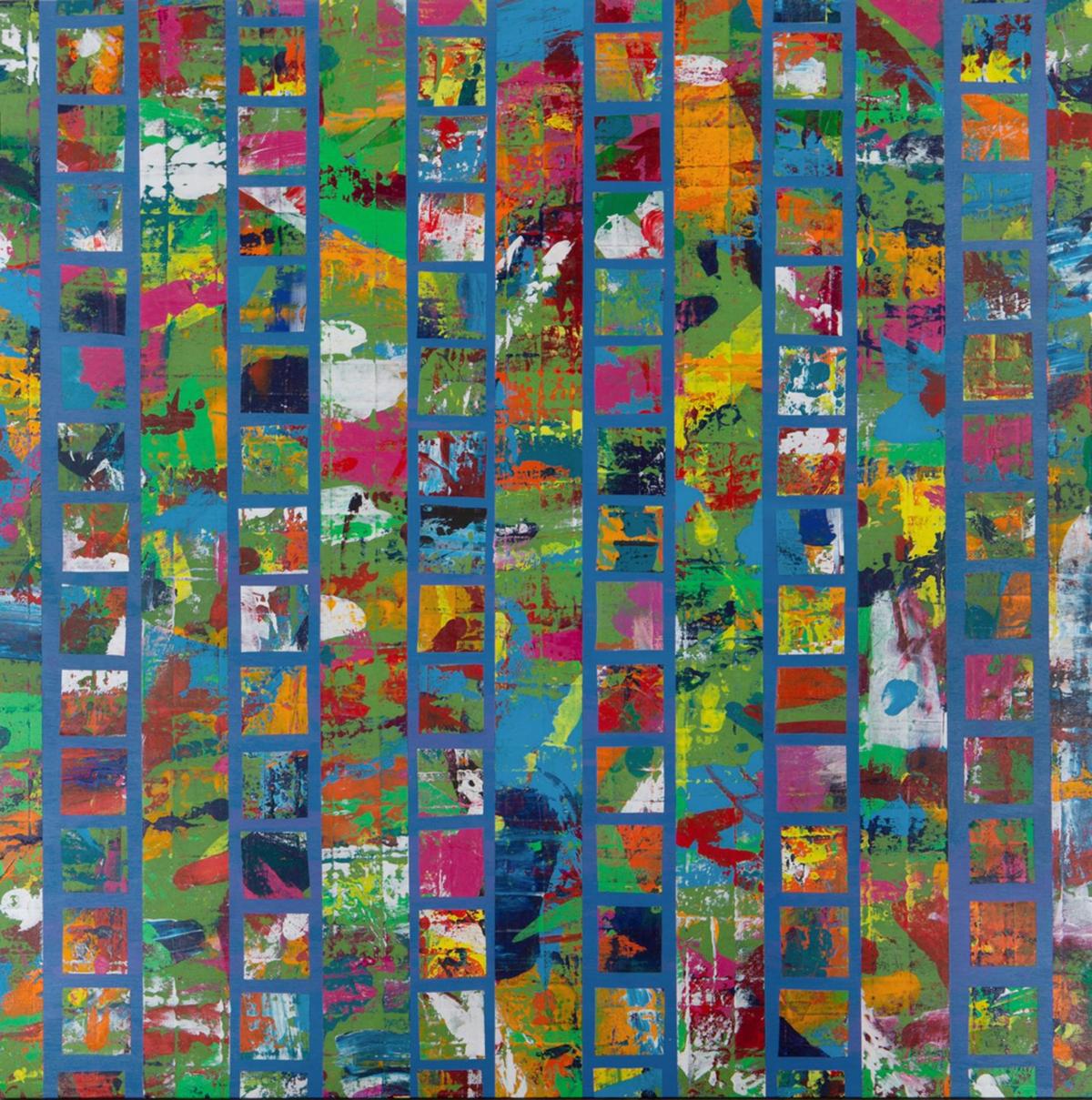 “Let’s Do Better” is one of the paintings by abstract artist Nicholas Kontaxis.

Nicholas Kontaxis is pictured with two of his paintings behind him.

“Beautiful as Me” is one of the paintings by abstract artist Nicholas Kontaxis.

“Let’s Do Better” is one of the paintings by abstract artist Nicholas Kontaxis.

Nicholas Kontaxis was diagnosed with a brain tumor at 18 months old, has had over 50,000 seizures in his 23 years and is autistic.

“It’s a very low-grade astrocytoma in the (brain’s) basal ganglia. It’s non-operable (but) not growing at a rapid pace,” his mother, Krisann Kontaxis, said of the tumor. “Where his tumor is, it’s in a very delicate part of his brain. That’s causing the seizures. The seizures are what’s tough for Nick. We have tried everything to stop them. That’s the problem.”

Despite those setbacks, Nicholas has thrived as an artist, even collaborating with Adidas for a piece at the Coachella Valley Music and Arts Festival in Indio, California, in April. The Palm Springs, California, resident completed a successful show in London in September and will have his works displayed and sold at the Other Art Fair in Brooklyn, New York, in November.

In between, he’s coming to the Ann O Art gallery at The Shops Buckhead Atlanta for an exhibit titled “Come Here,” Oct. 18 through Nov. 14. A launch event with Nicholas in attendance is scheduled for Oct. 19 from 5 to 9 p.m. at the gallery.

“I’m very excited to have his work (exhibited),” said Anne Ostholthoff, the gallery’s owner. “He has a lot of challenges in his life and will not be aware of everything that happens on a day-to-day basis. I’ve talked to his mom and she is the advocate for him and his spokesperson.

“But his artwork stands for itself and speaks for itself. It’s pretty amazing that we have a person with a brain tumor who can reach out through art and express his heart onto canvas for us to see. That dialogue is one he does understand. That’s one he does get to see and we benefit from it.”

Ostholthoff added Nicholas is “an abstract expressionist in the truest form.”

“I think we have a lot of painters who paint in that way,” Ostholthoff said. “I’m one of them, but (our minds) can get in the way, in the middle, sometimes. I think he harkens back to the first works in this space, where people were exploring outside of realism and stepping into ways where they’re expressing themselves in some abstract way. He’s a purist in that way.

Krisann said though her son can talk, his best form of communication is his art.

Nicholas is the middle of three boys, with the others Michael, 26, and Christian, 20. When he was young, the family kept him active with physical therapy.

“He spent a lot of time doing therapy with his hands because a neurologist told us to keep the other parts of the brain very strong,” Krissann said. “We treated him like an athlete. We kept him super busy and (were) always trying to fight back against the seizures. We’d get him up after his seizures and not let him sleep and keep him very active and have him use his hands.

“Things that they do when they’re young don’t always lead to what they’re doing when they’re older, but the therapy led to his career when he was older, so that was serendipitous in a way. The therapy helped him find his voice.”

She said Nicholas is proof positive that anyone can overcome major obstacles in one’s life.