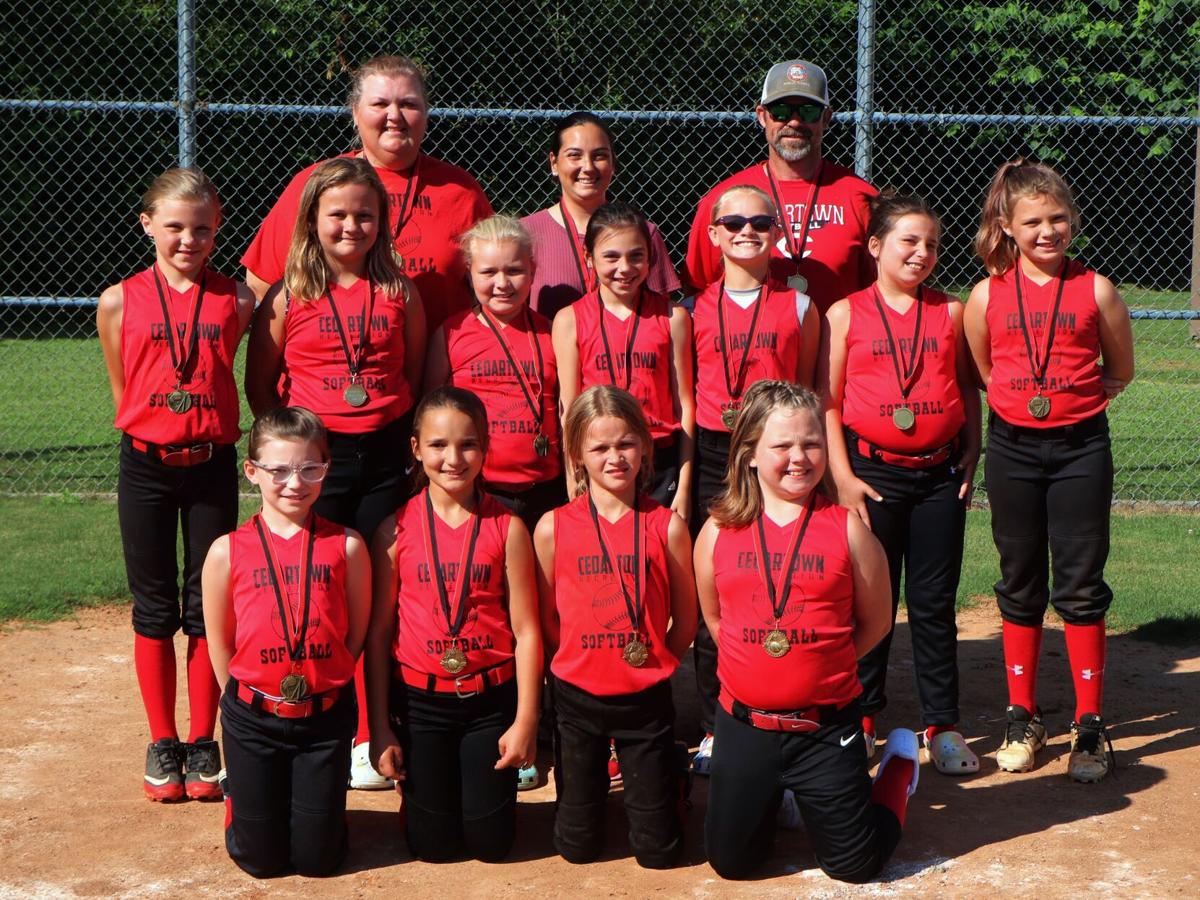 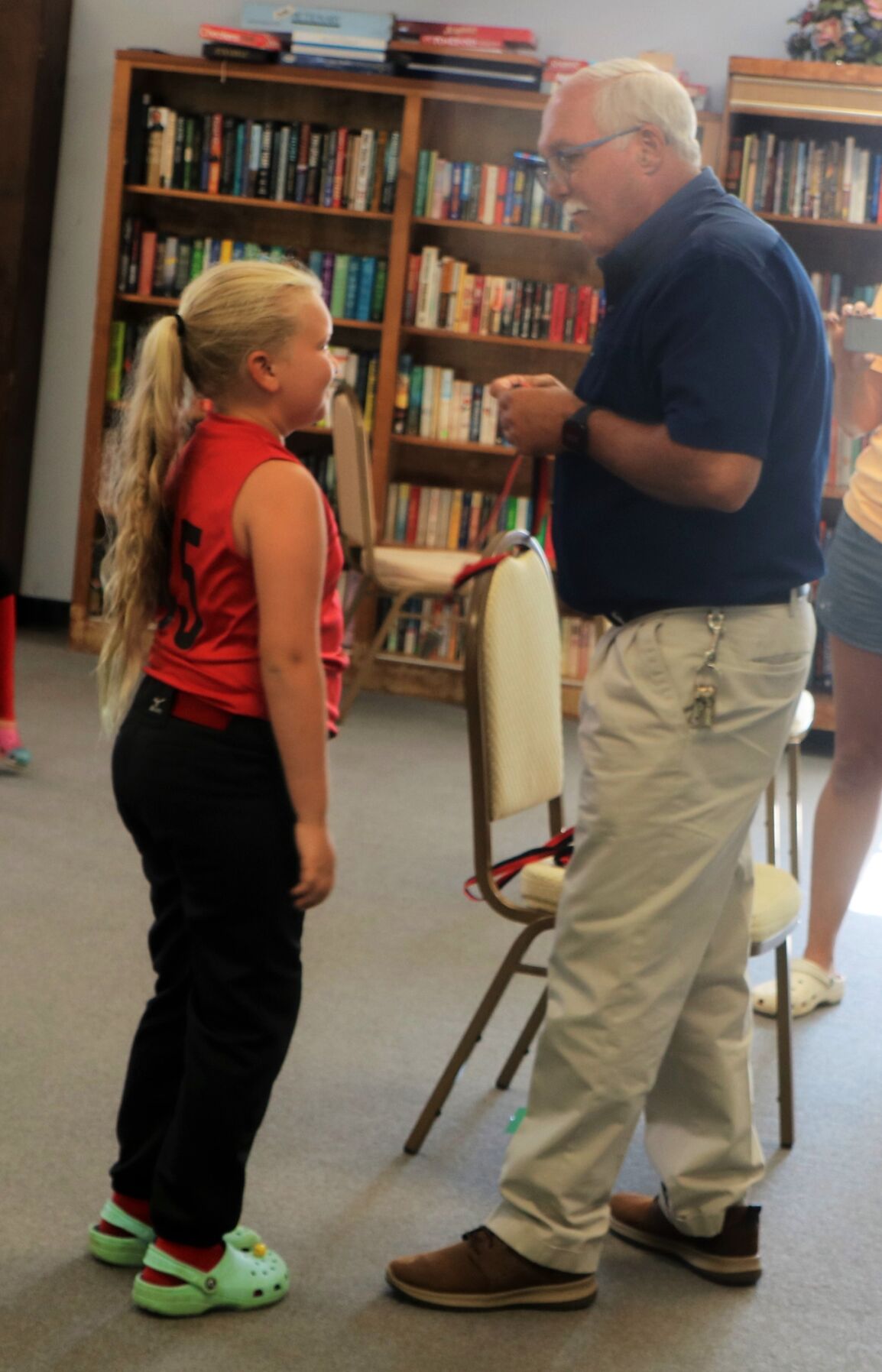 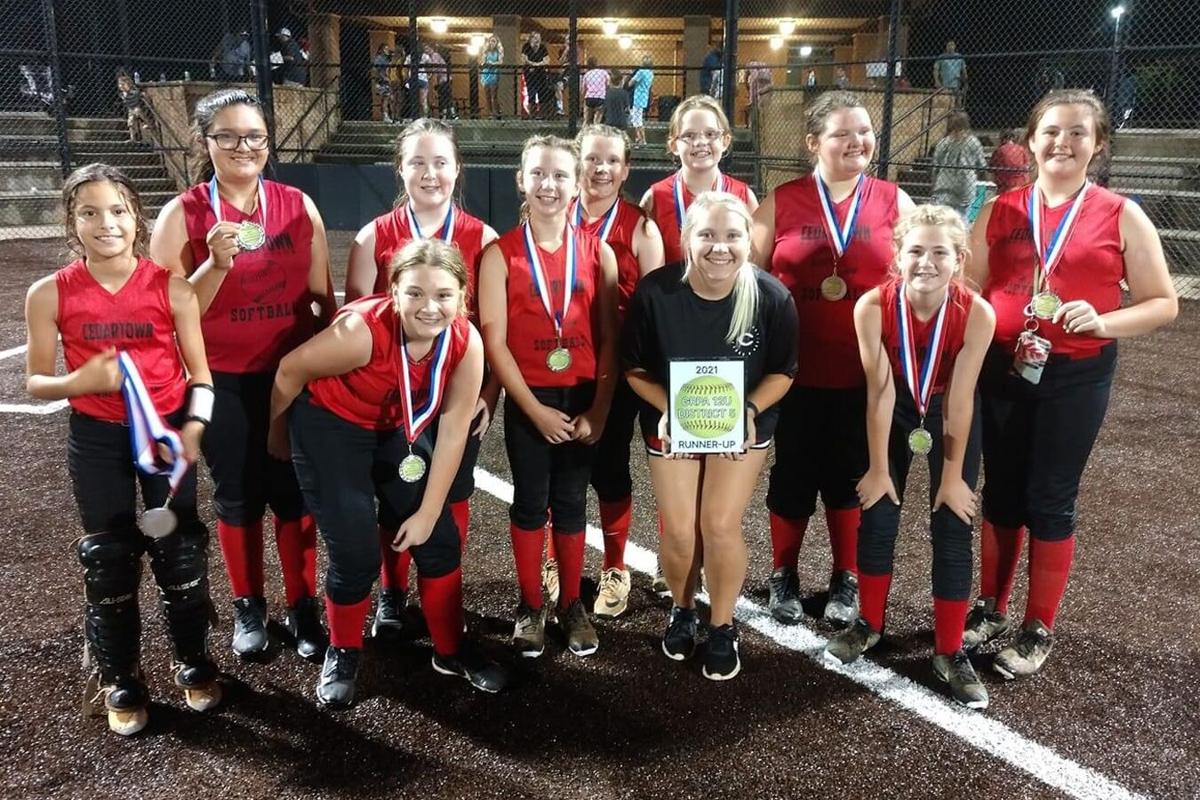 The Cedartown 12-and-under girls’ softball team finished as the District 5 runner-up at the district tournament in Whitfield County on June 10. They will play in this week’s GRPA state tournament in Madison County.

The Cedartown 12-and-under girls’ softball team finished as the District 5 runner-up at the district tournament in Whitfield County on June 10. They will play in this week’s GRPA state tournament in Madison County.

The players on two Cedartown recreation softball teams have shown that no matter how you get knocked down, there’s always a reason to get back up and keep fighting.

Cedartown’s 10-and-under and 12-and-under girls’ softball teams finished in the top two of their Georgia Recreation and Park Association District 5 tournaments recently, earning them a spot in their respective state tournaments this week.

But the 10-and-under Cedartown team went from runner-up to district champ in less than 24 hours.

The team, coached by Amanda Pittman, Whitney Hulsey and Lance Hodgins, competed in the 10U District 5 tournament in Rockmart. They began the tournament with a tough 15-0 loss to Bartow County in the opening round, putting them in the loser’s bracket.

Cedartown stayed positive and defeated Calhoun 16-4 and Gordon County 9-8 before matching up with Bartow County again in the championship game on Tuesday, June 15.

While Cedartown was bested again, Bartow was later found to have players overage and was disqualified as a result. That made Cedartown the district champions.

On Wednesday, June 16, Cedartown Recreation Director Jeff Hulsey got to surprise the girls with the news and present them with their first-place medals.

The 10-and-under Cedartown squad is set to return to Rockmart this week for its state tournament that is scheduled for Tuesday through Thursday. Rockmart’s 10-and-under squad will also be competing as the host team.

After an opening loss to Bartow County, the 12-and-under Cedartown squad worked its way back up with a 13-11 win over Murray County and a 19-7 victory over Bartow County to reach the championship game.

The Lady Bulldogs fought hard but came up short to the host Whitfield County team, 8-6, to finish in second place. They still qualified for this week’s GRPA state tournament in Madison County.