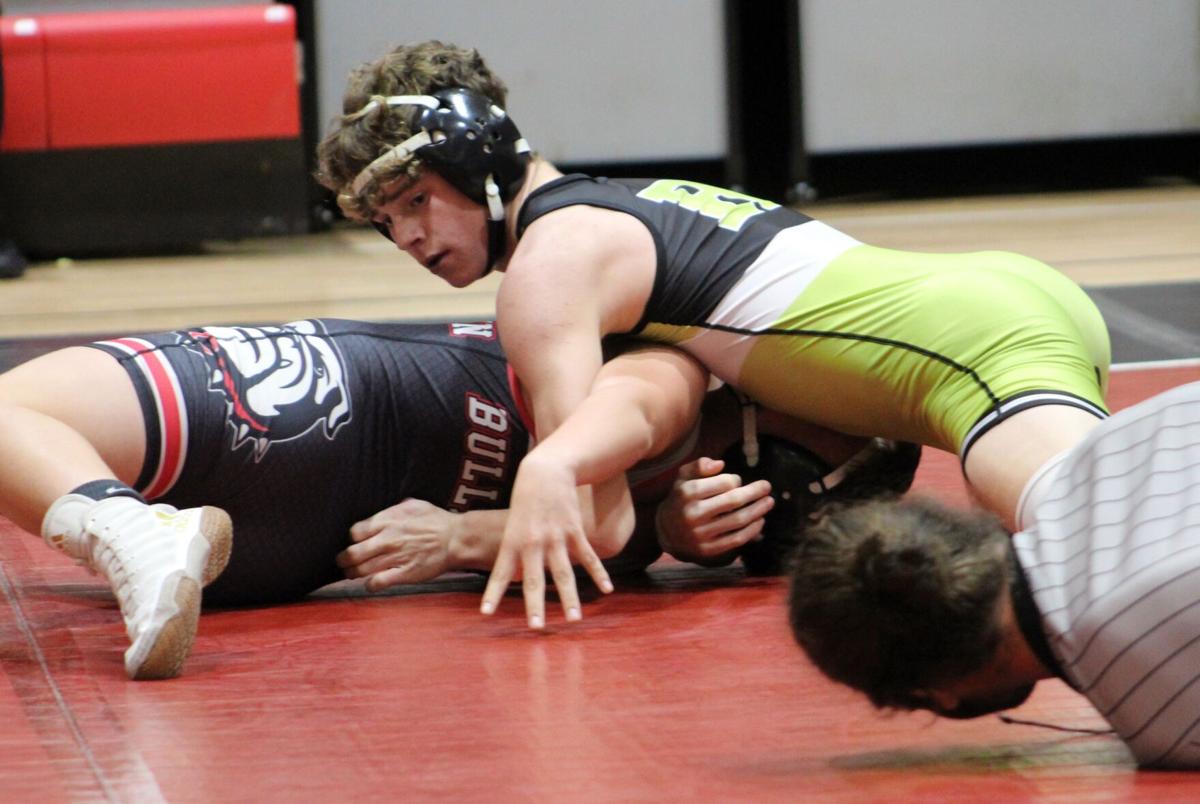 Rockmart’s Bleu Winters (top) looks at the referee as he tries to turn Cedartown’s Gage Mason during the pair’s 138-pound match on Wednesday, Dec. 16, at Cedartown High School. The Jackets have quickly racked up 20 duals wins this season. 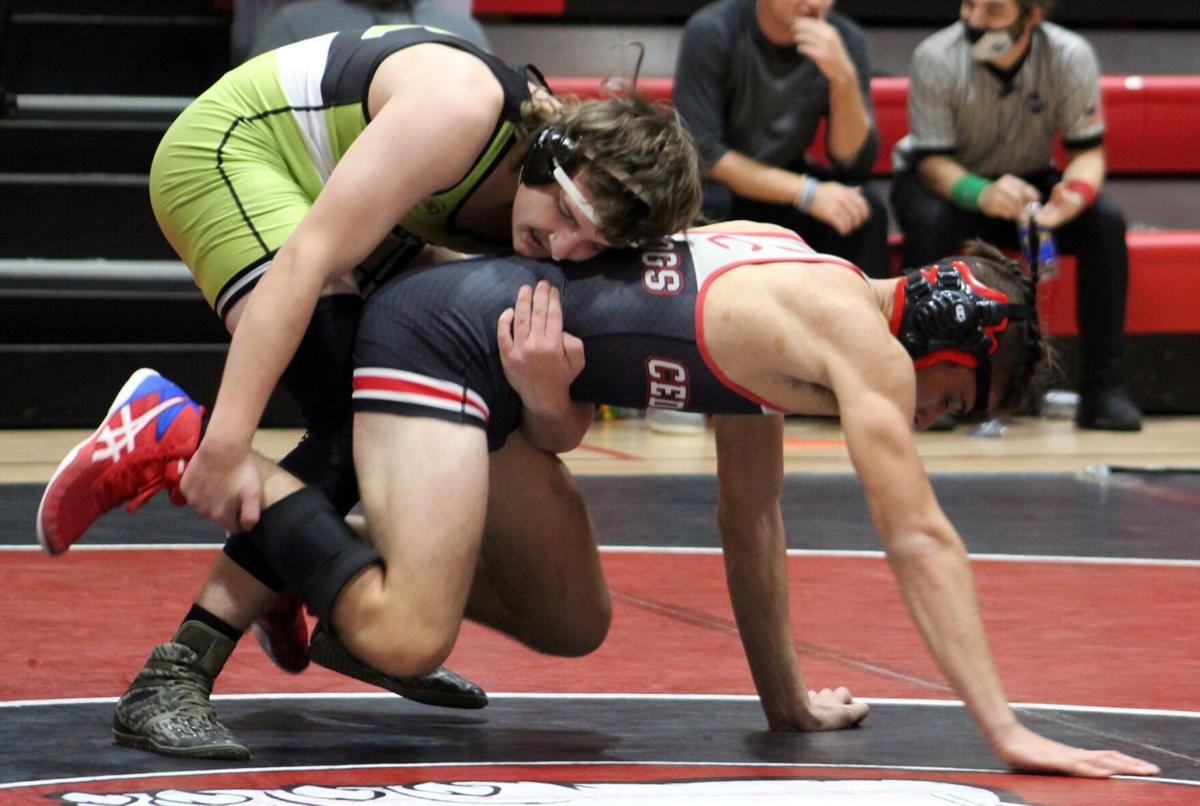 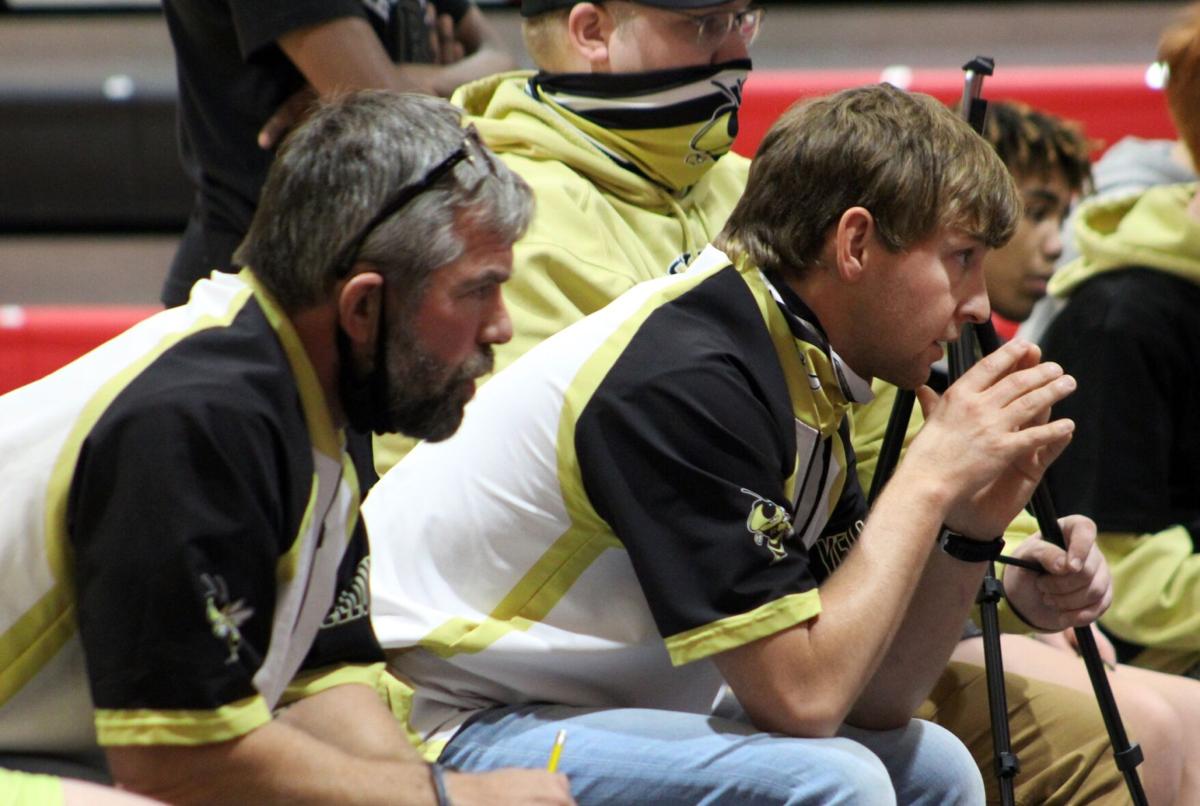 Rockmart’s Bleu Winters (top) looks at the referee as he tries to turn Cedartown’s Gage Mason during the pair’s 138-pound match on Wednesday, Dec. 16, at Cedartown High School. The Jackets have quickly racked up 20 duals wins this season.

The foundations of a solid wrestling program has helped the Rockmart High School Yellow Jackets get a solid start to the 2020-2021 season, even though they are on the younger side.

Rockmart has started the season with a 20-2 duals record and has two wrestlers with at least 20 wins already. The Jackets have claimed tournament championships at North Murray and East Coweta and came in second at the Villa Rica Duals on Dec. 12 with a 4-1 record.

The Jackets scorched the mats last week, defeating Coosa and Cedartown with matching 78-3 scores, and then going 3-0 at the Battle of Creek Duals at Coahulla Creek over the weekend.

Rockmart head coach Drew Lindsey said it’s been enjoyable to see his wrestlers do so well in the early going, but there is more to the story.

“What’s amazing is we’ve really been doing this with one senior, but he hasn’t been in the lineup yet because of an injury (Dalvin Millhollan). Most of our team is comprised of freshmen and sophomores. We’ve got three or four juniors, and they are all in the lineup. We’re young but we’re winning, which is great,” Lindsey said.

Among the top returning wrestlers is junior Izaeah Beavers, who has 20 wins already this season, and Bleu Winters, who is wrestling up at 160 pounds for the Jackets and had 17 wins before last weekend.

Also showing out is TK Davis, who also is over the 20-win mark, and Gunner Chambers. Beavers, Millhollan and Winters all top four at state last year.

“A lot of them were freshmen last year and had a great end of the year at the state tournament so people know their names. You know, we’re not sneaking up on people. We’re working hard to stay up. We say we’re young, but we don’t want to use that as an excuse to lose,” Lindsey said.

“We’re hoping the season continues and we stay healthy because I think at the end of the year we’ve got a shot to do some special things individually and with the team.”

Rockmart moved up to Class 3A this school year, placing the wrestling team in Area 4-3A along with teams including Adairsville, Cedar Grove, Greater Atlanta Christian and Westminster. It also places them in the same class as perennial 3A powers Sonoraville and Gilmer County.

“We started nicely. But I tell them all the time it’s not how you start it’s how you finish,” Lindsey said.

The Jackets will play host to the annual Jacket Invitational next week on Dec. 29 and 30 at Rockmart High School. They are also set to host the Area 4-3A Traditional Tournament the first weekend in February.