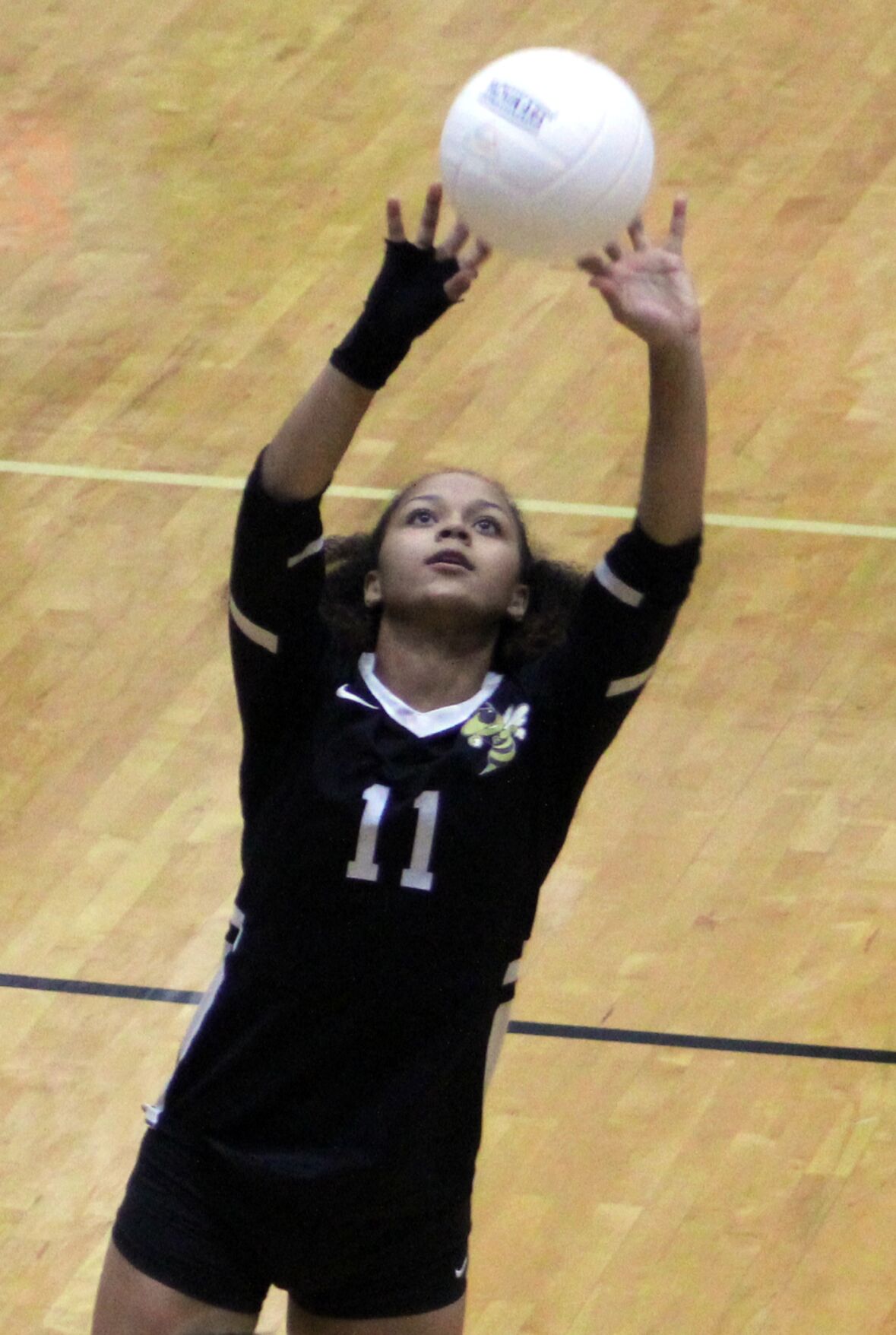 Rockmart’s Alyvia Hope (11) sets the ball during Thursday’s match against LaFayette at Rockmart High School. The Lady Jackets were dealt a tough blow when they had to halt practice for two weeks and jump right into area play. 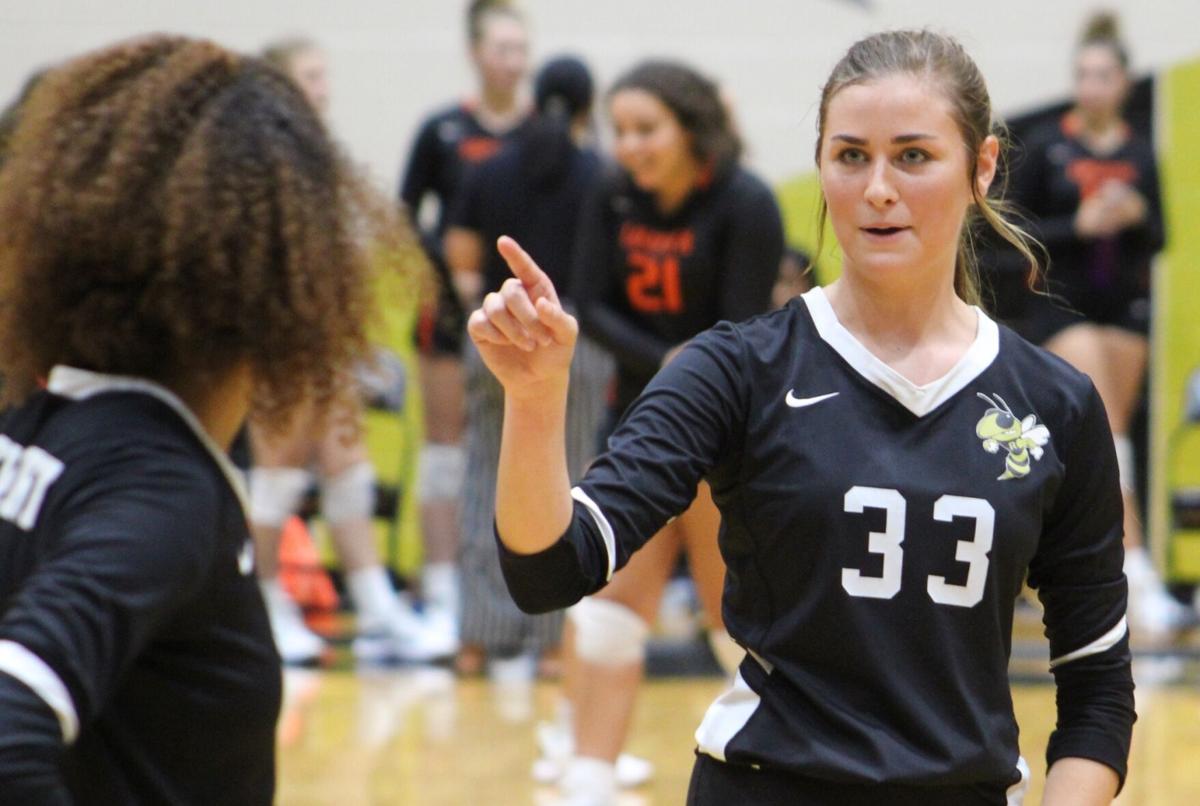 Rockmart’s Landra Jones talks with her teammates before a set against LaFayette on Thursday, Aug. 27, at Rockmart High School.

Rockmart’s Alyvia Hope (11) sets the ball during Thursday’s match against LaFayette at Rockmart High School. The Lady Jackets were dealt a tough blow when they had to halt practice for two weeks and jump right into area play.

Rockmart’s Landra Jones talks with her teammates before a set against LaFayette on Thursday, Aug. 27, at Rockmart High School.

In one week, the Rockmart High School volleyball players showed first-year head coach Geoff Sharpe that they have heart and confidence in facing tough tests.

With the school placed in Class 3A after reclassification and playing in a new area with some of the perennial powers of volleyball in Northwest Georgia, the Lady Jackets already had some obstacles to overcome heading into this season.

But when one of the players got sick just as the season was starting up, the team was held out of practice and quarantined for possible exposure to COVID-19.

Thankfully no players became severely sick and they were able to return to practice, but only for a day before jumping into last week’s gauntlet of Area 6-3A foes.

Rockmart opened the season last Tuesday, Aug. 25, at Ringgold with 2-0 losses to both Sonoraville and the host Lady Tigers. They then hosted area opponents Lakeview-Ft. Oglethorpe and LaFayette, falling to both of them in straight sets as well.

Sharpe said he has seen his players’ confidence build as they have played each match, and knows that the setbacks they have had to endure early in the season will only help strengthen their resolve as they move forward.

“We’re looking at moving up (in the new area) and playing a lot of teams that we are unfamiliar with. And of course my myself being a first year coach, I’m unfamiliar with all of them, so I just want us to go out and play hard,” Sharpe said after Thursday’s matches. “And we’ve done that and all four of our matches we’ve played so far. It’s just tough whenever you’re playing the top three teams in the region right off the bat, especially after two weeks where we were quarantined and didn’t do anything.”

Early in the second set against LaFayette, Rockmart was able to get the better of the Lady Ramblers and tied the set at 4-4. LaFayette built back a slim 10-6 lead before pulling away.

“We changed up our lineup a little bit. Put some players playing all the way around that we hadn’t really done in the first three matches,” Sharpe said. “I think we were a little overwhelmed against LaFayette in the first set, and then in the second set they played a lot better. Point-wise it doesn’t show it, but they had a lot more confidence.”

Megan Clanton, Damali Guzman and Alyvia Hope had some key moments for Rockmart against LaFayette.

The Lady Jackets travelled to Rome on Friday for a pair of non-conference matches and had some of their best performances so far. Rockmart dropped the first set to Murray County 25-12 before being edged out 25-20 in the second set before losing to Rome High 25-9, 25-15.