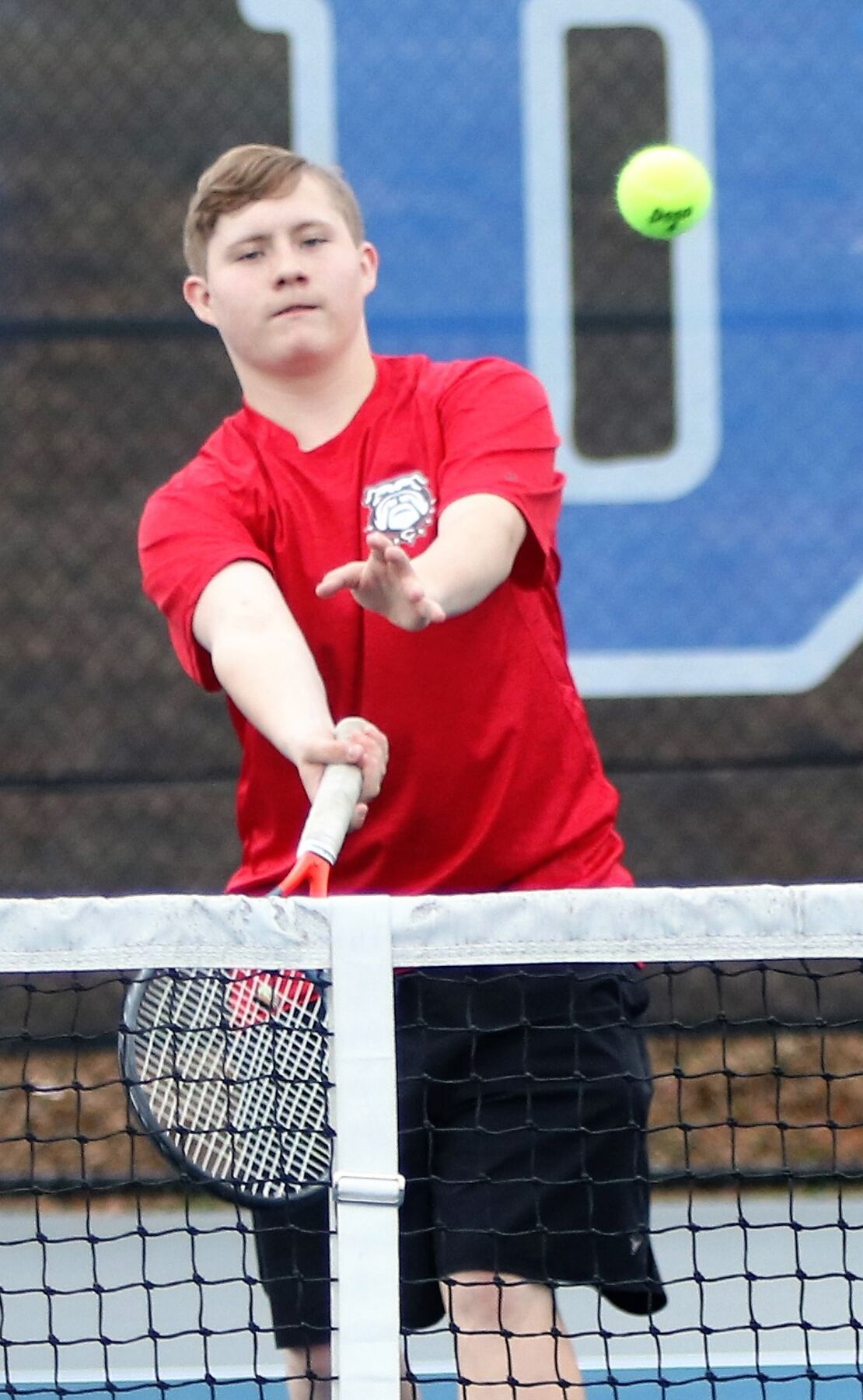 Cedartown’s Sam Arnold and the Bulldogs were 2-0 in Region 7-4A play heading into Tuesday’s matches with Central-Carroll. 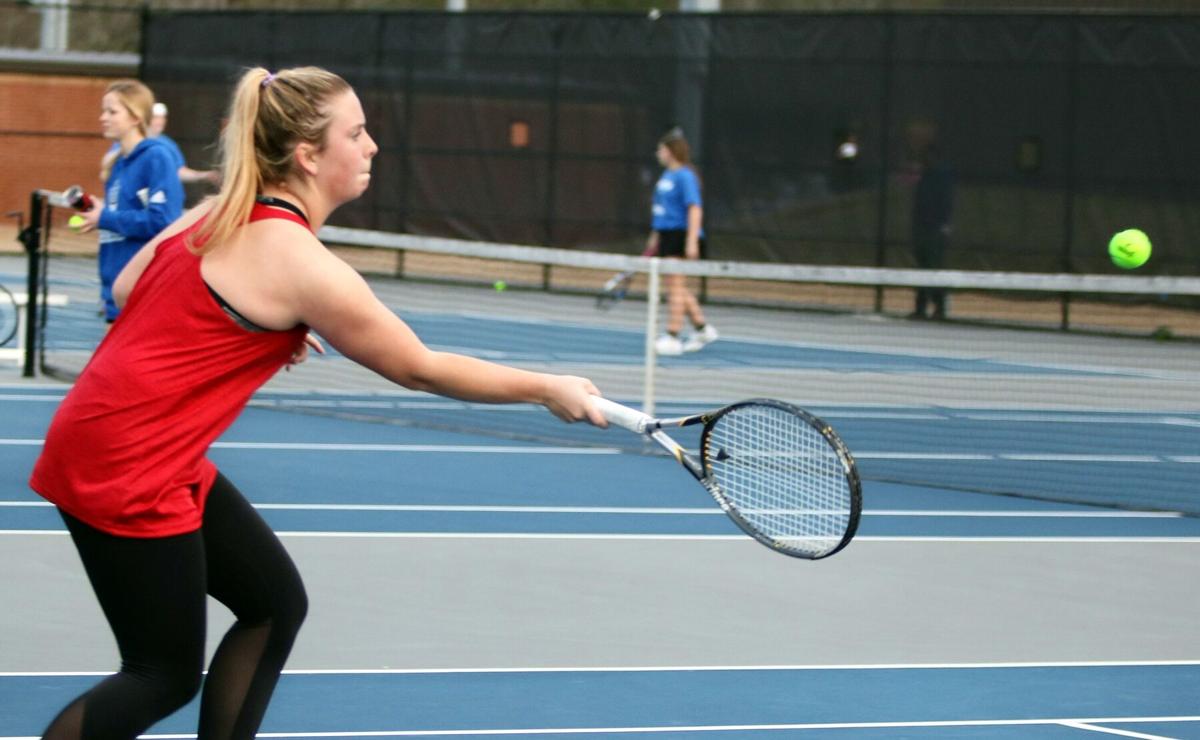 Cedartown’s Sam Arnold and the Bulldogs were 2-0 in Region 7-4A play heading into Tuesday’s matches with Central-Carroll.

After a grueling non-region schedule, Cedartown tennis coaches Matt Bentley and Matt Foster knew that their teams would be prepared for the slate of Region 7-4A matches.

Their hopes were fully realized last week, as the Bulldogs and Lady Bulldogs moved to 2-0 in region play.

Granted, the first victory came via forfeit. Cedartown was prepared to travel to Ridgeland last Tuesday to open region play, but the Panthers program was forced to forfeit.

This saved CHS a trip to Rossville and moved the boys and girls programs to 1-0 in region play.

Their first true matches came on Thursday as Cedartown hosted Southeast Whitfield and annihilated the competition. The Lady Bulldogs swept the Lady Raiders, while the Bulldogs went undefeated against the Raiders as well.

The quick contest at Cedartown High School allowed for Bentley and Foster’s squads to stay atop the region standings at 2-0.

The tennis squads at CHS finished their week of play with a road trip to Rockmart on Friday afternoon. The first of two meetings with the Jackets did not fall in favor of the visitors, as Rockmart’s boys won 3-2 and girls won 5-0.

On the boys’ side, No. 1 singles Tanner Arnold fell to Thomas Vest 6-4, 6-3. Rockmart also took the No. 3 singles match, as Nathan Barrett topped Sam Arnold 6-0, 6-1, and the No. 1 doubles match where the duo of Tyler Paschal and Mark Blaylock was too much for Cedartown’s Micah Puckett and Braden Shelton, taking down the Bulldogs 6-0, 6-0.

Cedartown’s only victories came from No. 2 singles Barcley Barnes, who finished on the good side of a 6-2, 6-3 decision against Gavin Tan, and in the No. 2 doubles match Taylor Kriesler and Efrain Iglesias took down Anderson McClendon and Dalvin Millholan 6-2, 7-5.

The No. 1 singles match between Cedartown’s Reagan Clarke and Rockmart’s Morgan Earwood was an absolute classic. Earwood took the first set 7-6 before Clarke took the second set 7-6. In the deciding set, Earwood gave the Lady Jackets a point with a 6-4 victory.

Rockmart swept the rest of the matches as No. 2 singles Eisley Pope took down Alyssa Parham 6-1, 6-0, before No. 3 singles Ansley Lanier topped Tori Blankenship 7-5, 6-4.

In the No. 1 doubles match Haley Forrister and Edy Lee lost a 6-0, 6-1 match against Maddie Ann Harp and Megan Clanton, while the No. 2 doubles match saw Rockmart’s Amber Massey and Chloe Peace win 6-1, 6-0 over Lusero Escutia and Anna Lee Walters.

Following the losses to Rockmart, Cedartown will try to get back to their winning ways in region play with two league matches this week. They will host Central-Carroll on Tuesday before traveling to Tunnel Hill on Thursday to take on Northwest Whitfield. Each of this week’s Region 7-4A tennis matches will start around 4 p.m.

Former soldiers charged in stabbing death of another soldier

Rick Herrema died in 2006 in Iraq, but his memory lives on in Rick's Place in Fayetteville