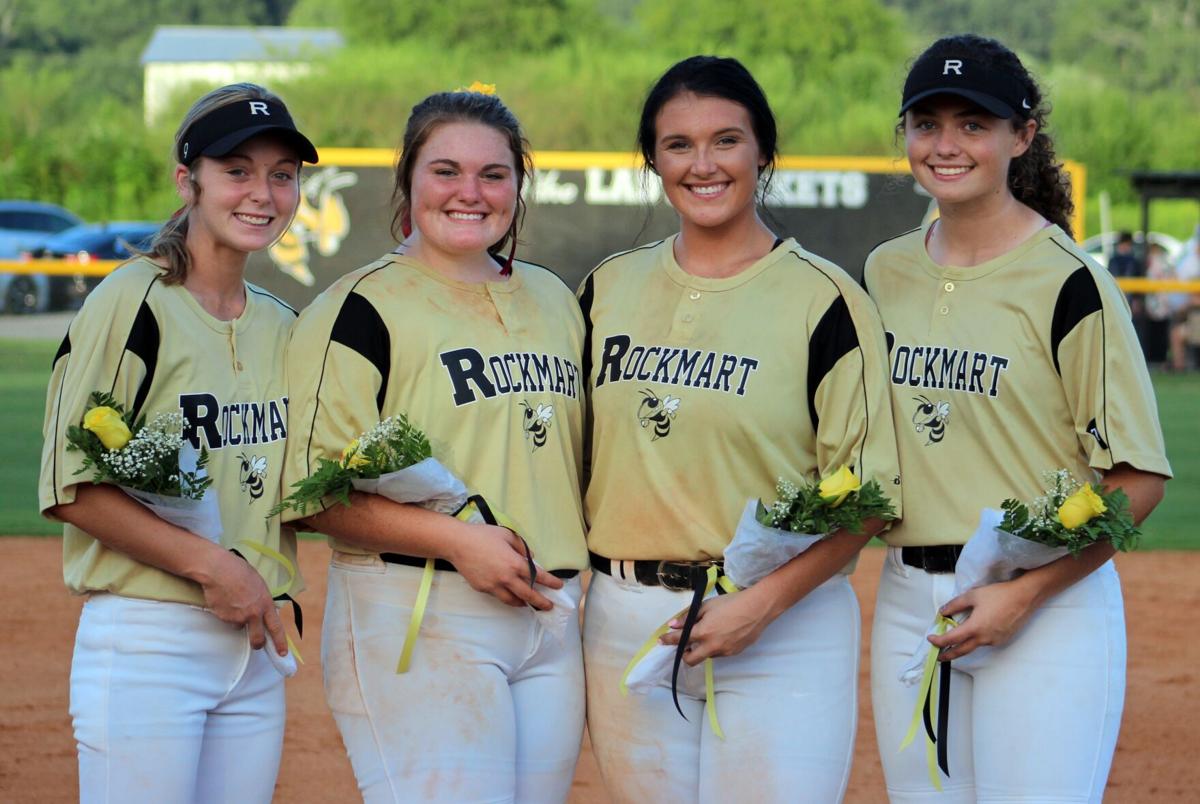 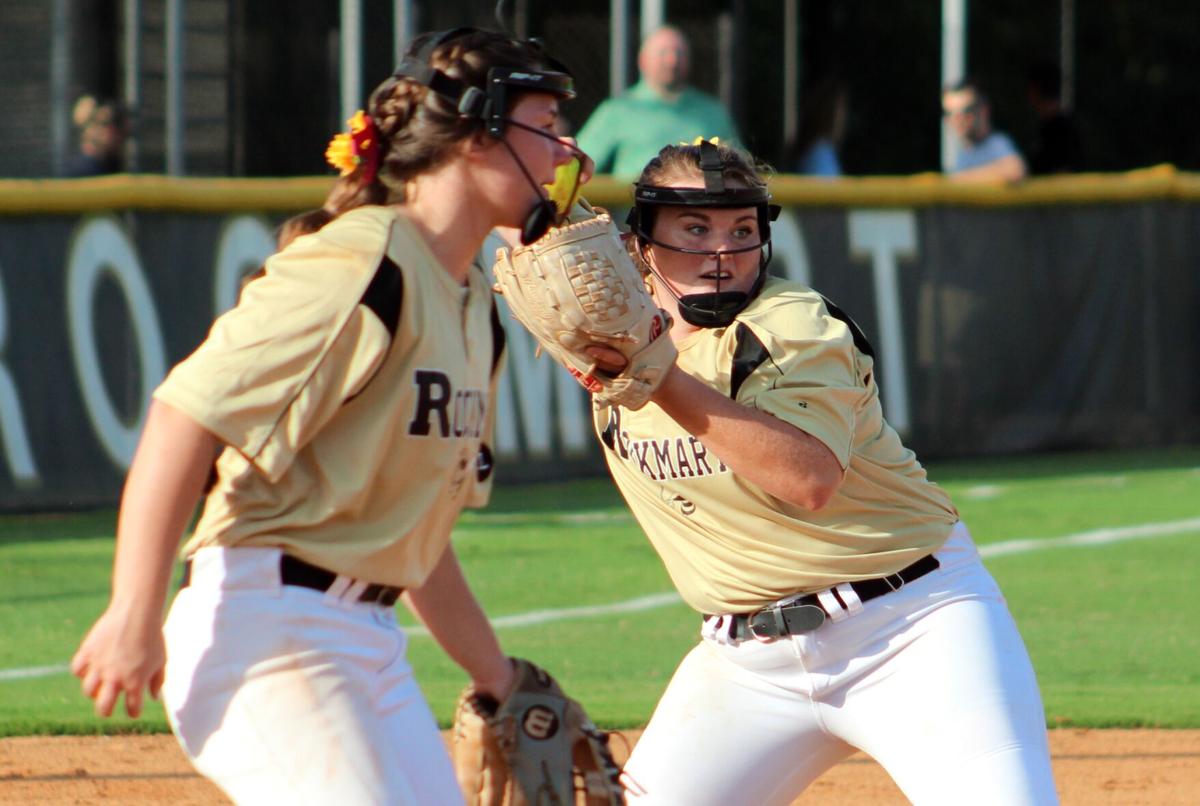 Rockmart pitcher Emilee Register (right) sets up to make the throw to first Thursday on a play in the second inning against North Murray as catcher Zori Williams moves in to assist. 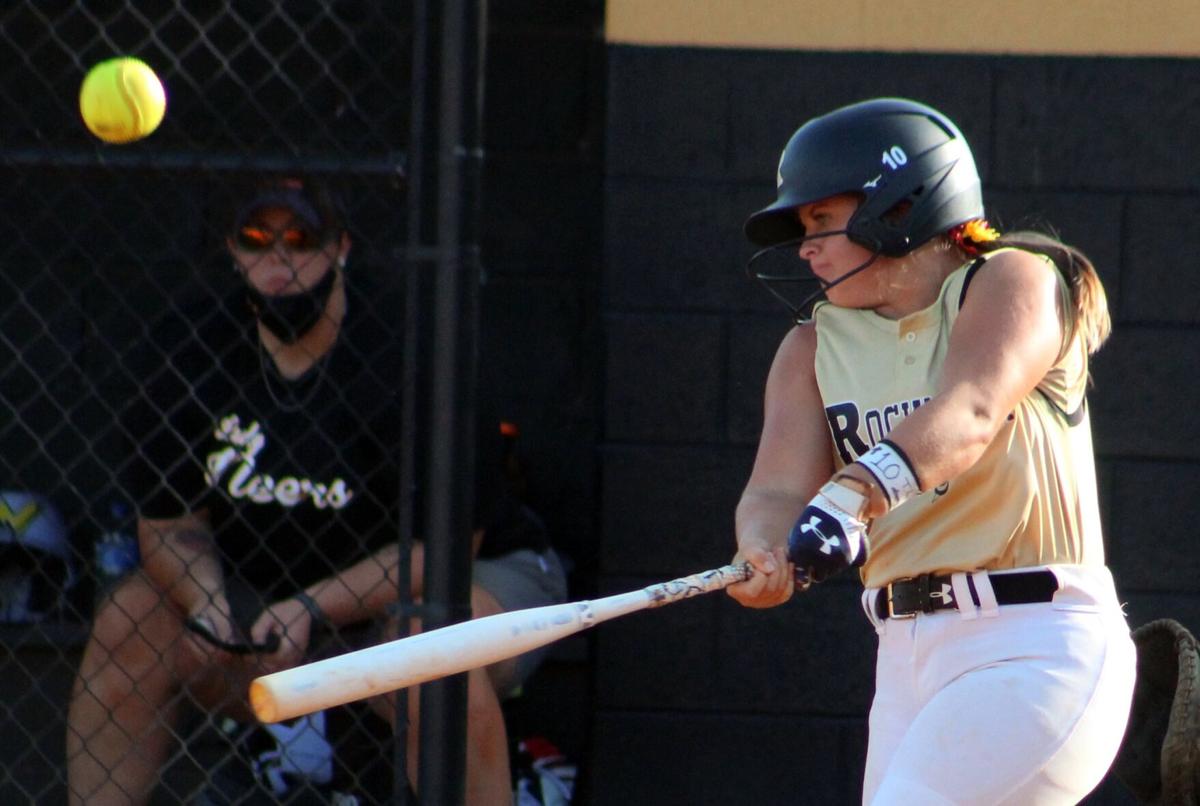 Rockmart's Gracey Arnold connects for a double to left field in the third inning of Thursday's game against North Murray at Rockmart High School.

Rockmart pitcher Emilee Register (right) sets up to make the throw to first Thursday on a play in the second inning against North Murray as catcher Zori Williams moves in to assist.

Rockmart's Gracey Arnold connects for a double to left field in the third inning of Thursday's game against North Murray at Rockmart High School.

The trials and setbacks faced by many high school sports programs in the nation this year are just some of what the Rockmart High School softball team has had to endure as they work to continue on this season.

But through it all, head coach Steve Luke has been touched by the way the group of mostly freshmen and sophomores has bonded together and met those challenges with class and character.

That dedication was matched on the field Thursday evening as the Lady Jackets used a seven-run second inning to roll to a 13-3 win over North Murray on Senior Night. The Region 6-3A contest was shortened to three-and-a-half innings by the run rule.

“We really haven’t been getting breaks and we’re playing some tough competition, and it’s good to get hits and win,” Luke said. “We’ve got to get some practice time in. We lost all of summer and were thrown right into the mix, and It’s hard to get going. We’re just hoping we can keep it together and be ready by the end of the year.”

Their final season began with the devastating news that Luke’s oldest daughter, Tori Luke, died in a tubing accident on July 25. She would have been a freshman at Rockmart this year and a rising softball standout.

“Nobody wants to deal with what we’ve dealt with, but they’ve had to grow up … and they’ve answered the call. A lot of them played some important minutes in the past and some haven’t and now they’re called upon to produce and be leaders,” Steve Luke said.

Rockmart (7-4, 4-2 6-3A) had 13 hits in Thursday’s contest, opening with a five-run bottom of the first to set the stage against the visiting Lady ‘Neers.

Register worked out of a troubling top of the second to finish with the win, scattering three hits and striking out seven over four innings while walking three. The Lady Jackets’ ace also stood out at the plate, going 3-for-3 with an RBI double.

Frasier showed her patience at the plate, drawing a walk in all three of her plate appearances and coming around to score each time.

After facing four batters and striking out two in the first inning, Register ran into issues in the second. After back-to-back singles to start the frame, Register hit the next batter to load the bases and then walked the following Noth Murray batter after reaching a full count.

She would work her way out of it, striking out two batters and then getting one to hit into a 5-3 putout to end the inning with three runs for the Lady ‘Neers.

“Reggie kind of lost her location there in the second, gave up a three spot, and the game kind of changed there,” Luke said. “Then the seven runs kind of put it out of reach and that’s a good sign of bouncing back.”