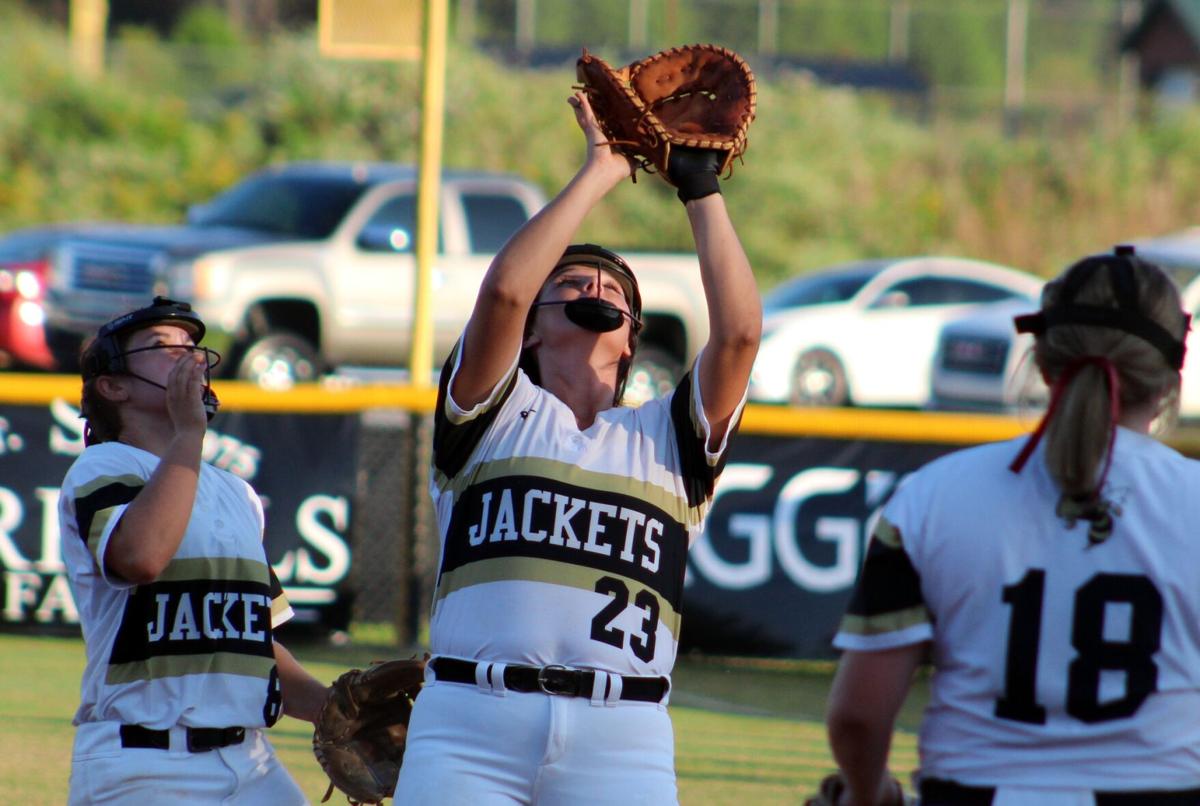 Rockmart’s Sarah Beth Frasier (center) sets up to make the catch on an infield fly during Thursday’s game against Ringgold at Rockmart High School. 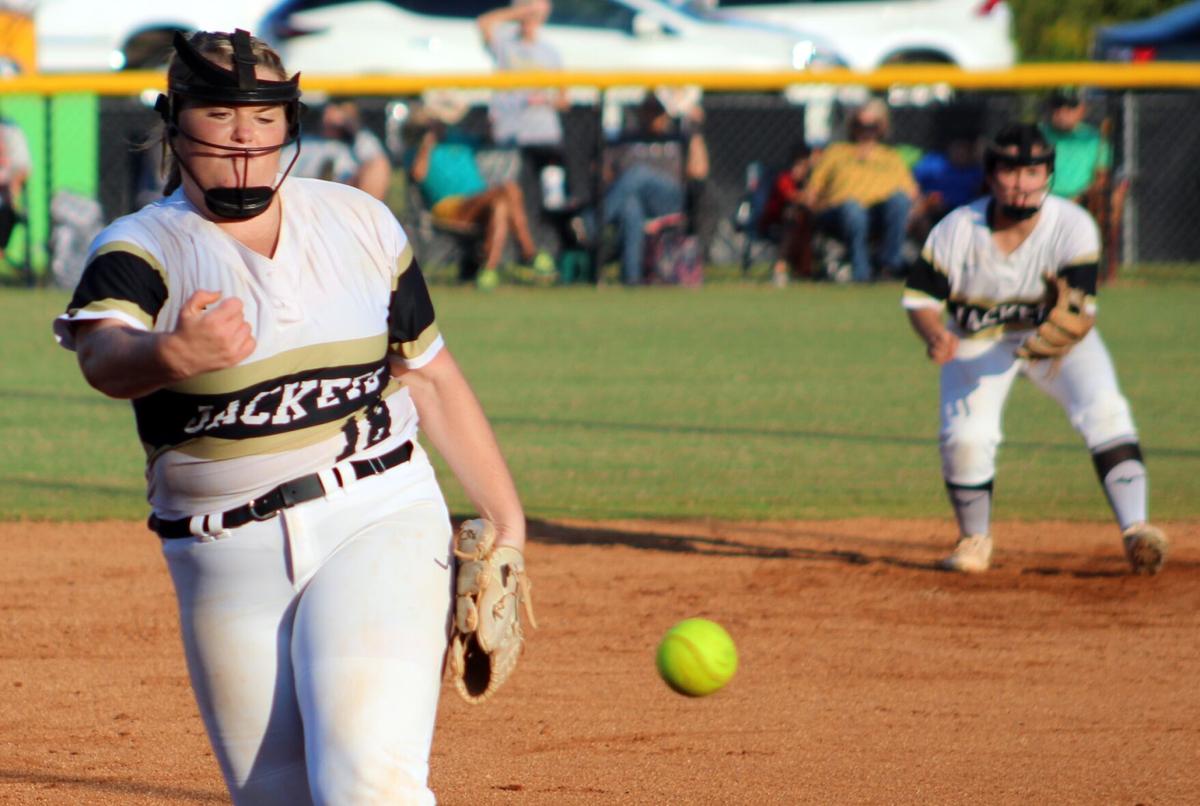 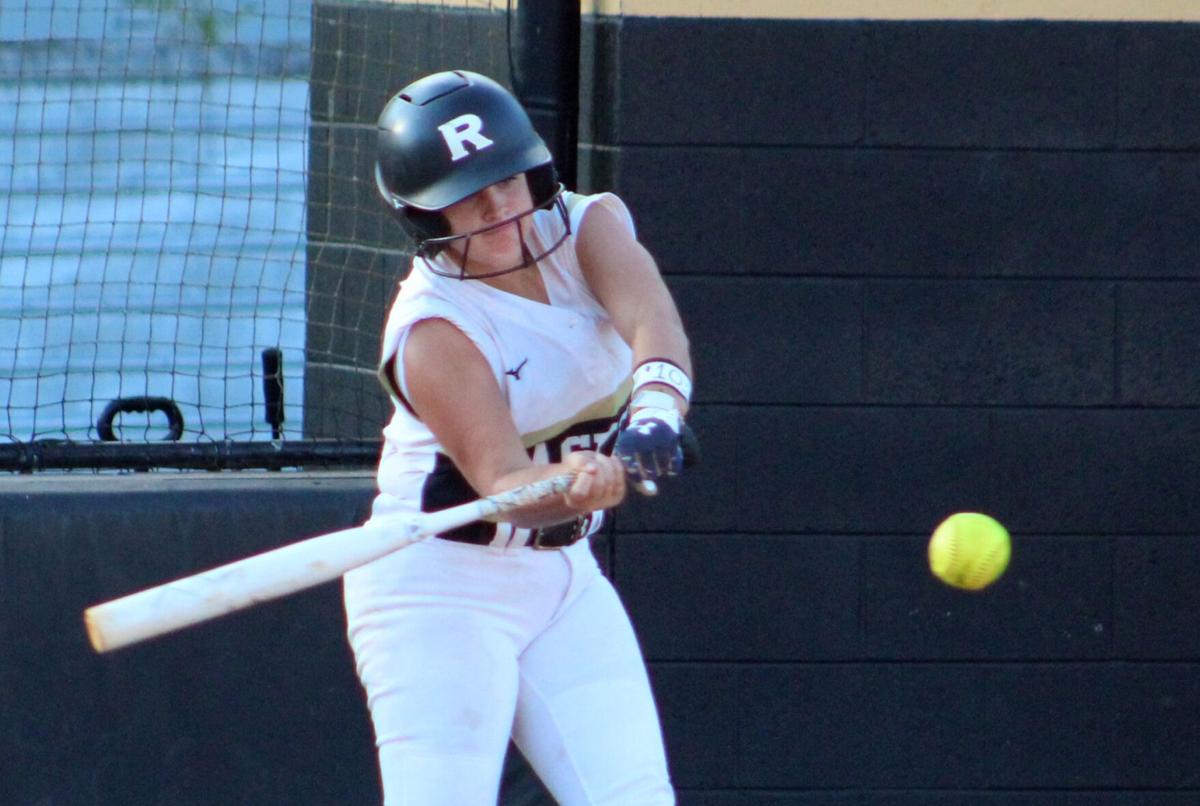 Rockmart’s Gracey Arnold swings for a hit that turned into a two-run home run against Ringgold last Thursday at Rockmart High School. 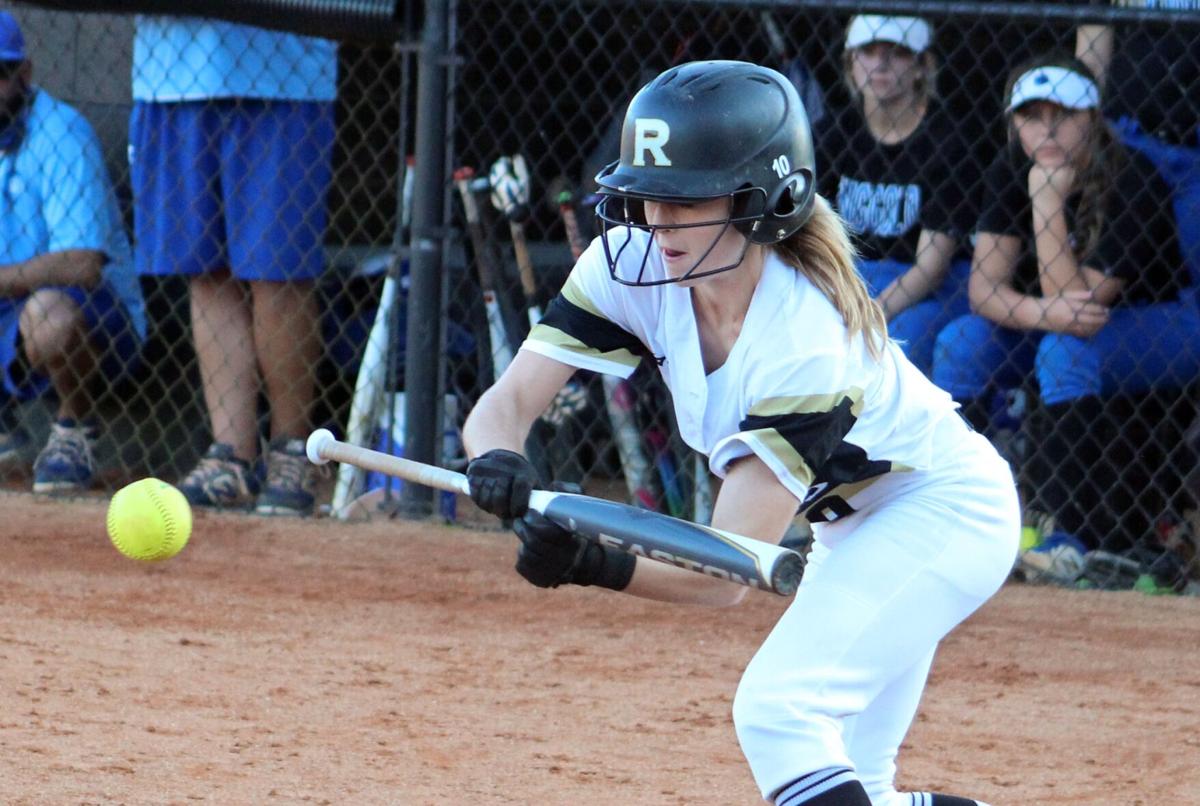 Rockmart's Alexis Teems sets up to bunt during the third inning of Thursday's game against Ringgold at Rockmart High School.

Rockmart’s Sarah Beth Frasier (center) sets up to make the catch on an infield fly during Thursday’s game against Ringgold at Rockmart High School.

Rockmart’s Gracey Arnold swings for a hit that turned into a two-run home run against Ringgold last Thursday at Rockmart High School.

Rockmart's Alexis Teems sets up to bunt during the third inning of Thursday's game against Ringgold at Rockmart High School.

Assured of a spot in the playoffs, Rockmart High School’s varsity softball team had a chance last Thursday to improve their standing and pick up a little momentum in the process.

A walk-off win is one way to get that done.

The Lady Jackets battled Ringgold at home to decide the No. 3 and No. 4 seeded teams from Region 6-3A, with Emilee Register sealing the 6-5 victory with a bases-loaded grounder shortstop in the bottom of the seventh to score a speedy Alexis Teems.

It was Register’s only hit of the night after she had worked through one of the toughest lineups in the region as Rockmart’s ace pitcher, doing her best to scatter seven hits while striking out three.

“She definitely came through for us and it could have gone either way,” Rockmart softball coach Steve Luke said. “She’s a fighter. She knows she made a few pitching mistakes, but she battled them and that’s a great hitting team. I mean they don’t swing and miss very often. So luckily the change up was working for Emily tonight.”

Rockmart (20-7) will start the GHSA State Softball Playoffs as its region’s No. 3 seed and was scheduled to travel to Region 7-3A runner up Lumpkin County on Tuesday for a doubleheader to kick off the best-of-3 first-round series.

The Lady Jackets got power at the plate from their leadoff hitters in Thursday’s contest, with Teems and Gracey Arnold each going 2-for-3. Arnold sent one over the left field fence for a two-run homer in her first at-bat of the game, while Teems connected for a two-RBI double in the fifth that put Rockmart within one run of Ringgold after the visitors had built a 5-2 lead.

Analee Morris led off the bottom of the sixth with a solo shot to left field to tie it up, 5-5.

The top of the order came up for the Lady Jackets in the seventh, with Teems drawing a walk and Arnold getting a base hit to start it off.

The Lady Tigers intentionally walked Rockmart’s Sam Wolfe to load the bases with no outs, but the strategy backfired with Register stepping up to the plate and delivering the winning hit as Teems beat the throw home to end the game.

Zori Williams contributed to Rockmart’s offense in the game as well, drawing two walks while also getting a double and scoring a run.

“We’ve definitely persevered. That’s the great thing about this team is we don’t give up and we keep fighting,” Luke said. “We have found a way through mistakes to still be successful, and I made some mistakes tonight. We made some pitching mistakes and had some weak at-bats, but for the most part we kept our heads together, and that’s what this group has done.”

A string of Rockmart miscues led to a three-run fifth inning for the visiting Lady Tigers to put them ahead 5-2. But after Teems’ two-run double in the bottom of the frame, the Lady Jackets got back on defense.

Ringgold (17-10) went 1-2-3 in the top of the sixth and, with the score tied 5-5, had runners on first and second with two outs in the seventh when Register struck out the batter to set up her last-minute heroics.

“What a remarkable season. It’s unbelievable. To get to 20 wins again. We’ve done it every year of my coaching career except one. It’s just what the girls continue to do and put us in position to have a chance is all you can ask,” Luke said.

US regulators seek advice on thorny issues as vaccines near

Donate old blankets and towels to animals in need

Police are training on Kennesaw Avenue in Marietta today