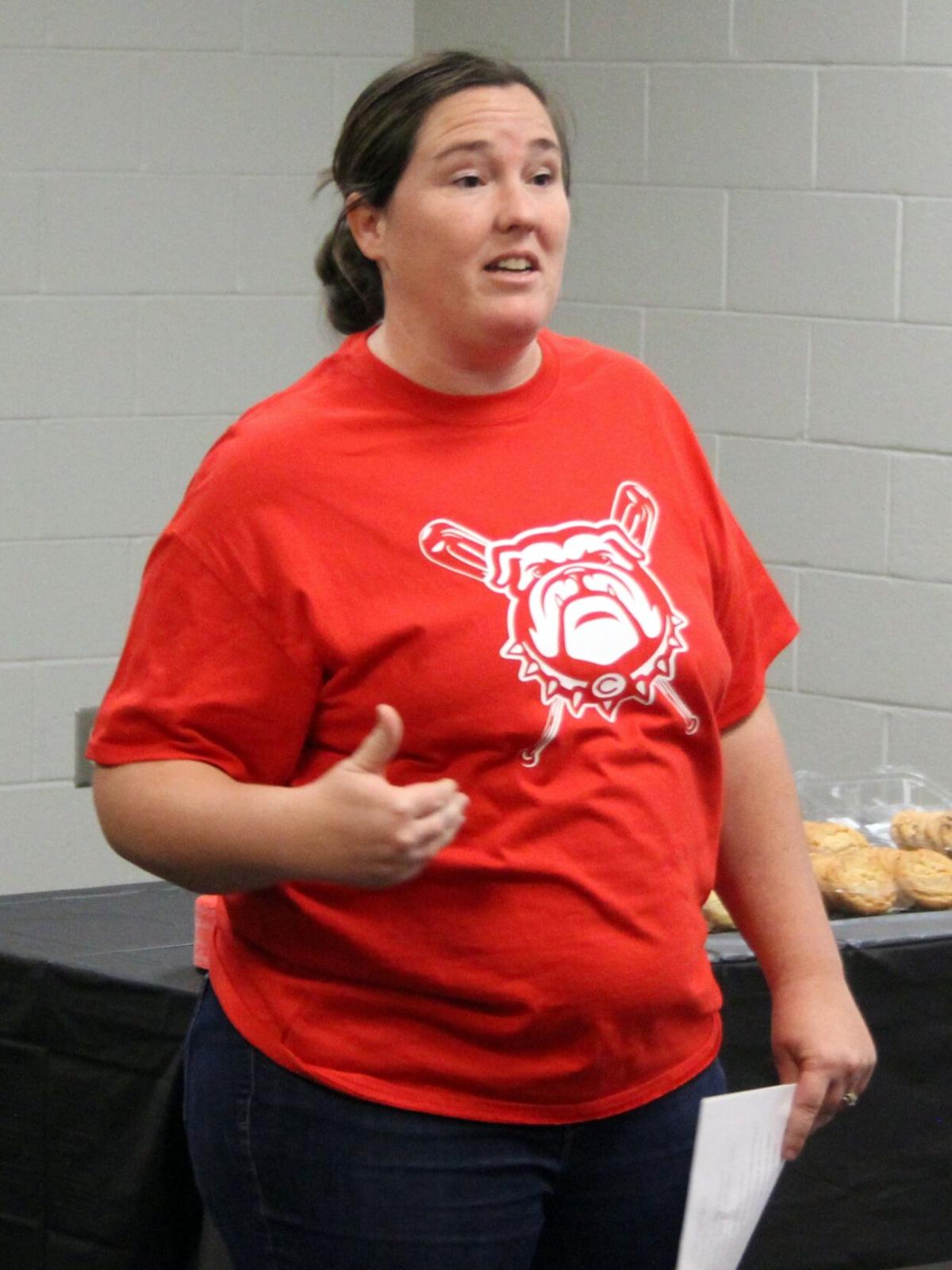 Jamie Monroe talks to Cedartown softball parents and players during a meet and greet with the new head coach on Thursday, March 11. 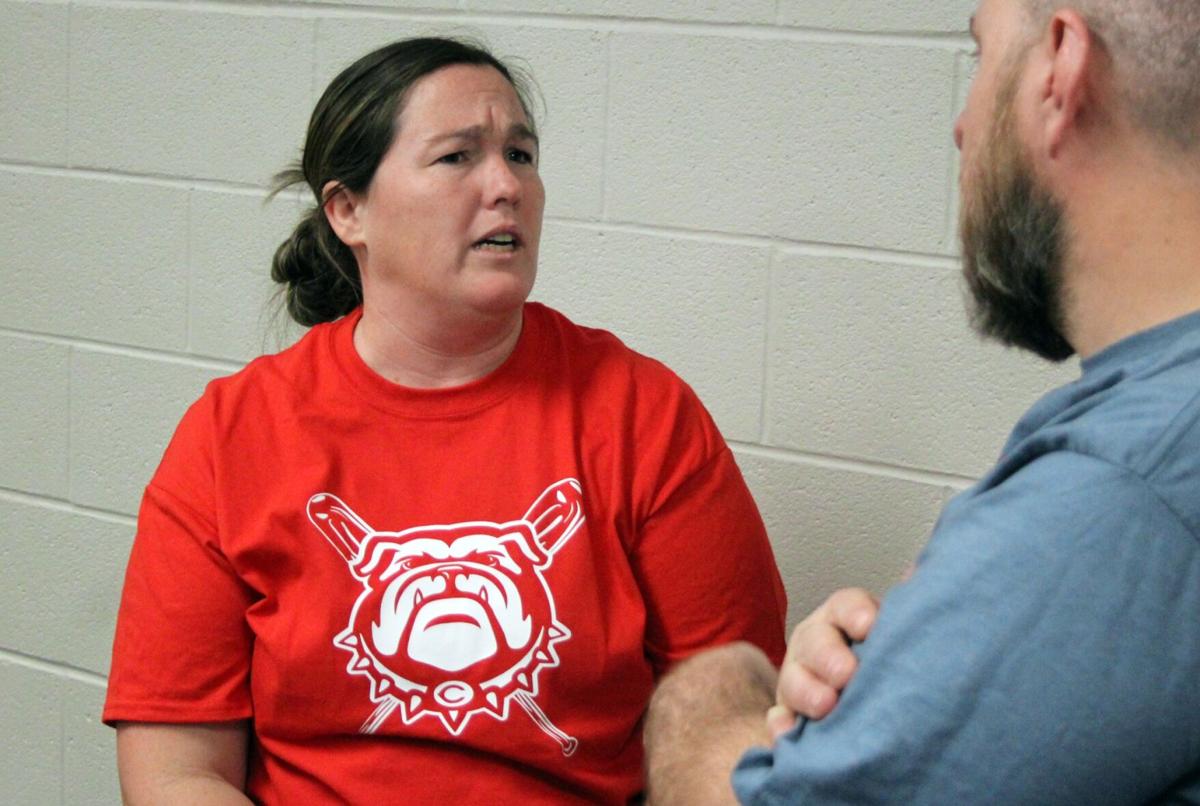 New Cedartown softball head coach Jamie Monroe talks with a parent during a meet and greet on Thursday, March 11.

Jamie Monroe talks to Cedartown softball parents and players during a meet and greet with the new head coach on Thursday, March 11.

New Cedartown softball head coach Jamie Monroe talks with a parent during a meet and greet on Thursday, March 11.

Monroe, who has been around and associated with the Alexander High School softball program in Douglasville for most of the last two decades, was introduced to the team and parents during a meet and greet on Thursday at the school’s girls’ field house.

“I’m excited to see where we can take this program. I’m not here to just kind of pass through. I’m here for the long haul,” Monroe said.

A former catcher for Division I UNC-Charlotte, Monroe grew up around the Alexander softball team and played for the high school’s first fast-pitch team. She returned to the school after college and became an assistant softball coach before being named the head coach prior to last season.

Alexander won the Region 5-6A title last year and advanced to the Sweet 16. Monroe was named Region Coach of the Year.

She told the crowd last Thursday that players should be ready to work and compete.

Monroe still knows that the game is about having fun, and she said she tries to remind players that that is the most important thing.

Monroe takes over after Eddie Gambrell stepped down from leading the team following last season. Cedartown Athletic Director Todd Tillery said the arrival of Monroe is more proof of the positive direction the school’s athletics are going.

“I think at Cedartown High School right now our athletics are going in a great direction,” Tillery said before introducing Monroe last Thursday. “Our central office and school district have helped growth happen on both sides of the county. And coach Monroe knows how to win and knows the game of softball.”

The team will hold tryouts just before the end of the school year before going into summer workouts and then practice. The first contest of the 2021 GHSA softball season can be scheduled for August 2.

Former soldiers charged in stabbing death of another soldier

Rick Herrema died in 2006 in Iraq, but his memory lives on in Rick's Place in Fayetteville