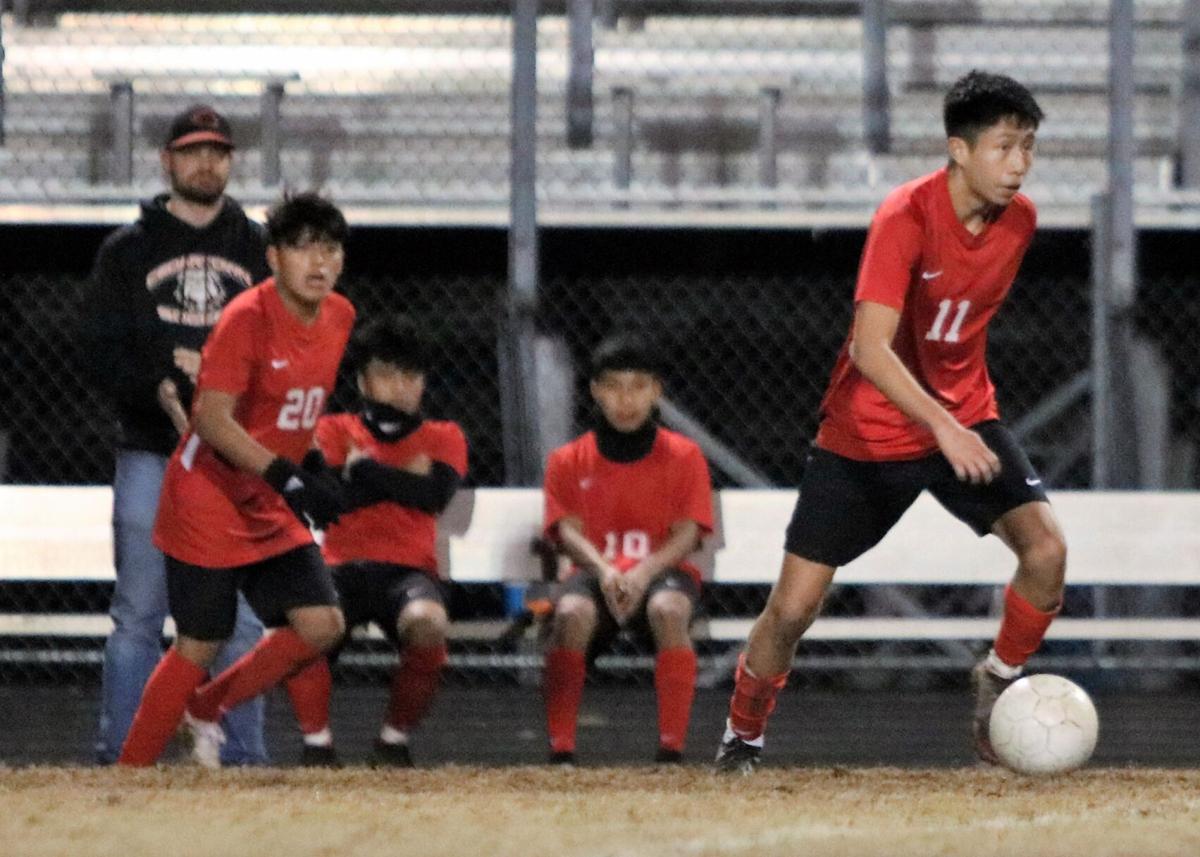 The Cedartown boys’ soccer team is hoping to make some waves this season under the direction of new coach Stuart Morse. 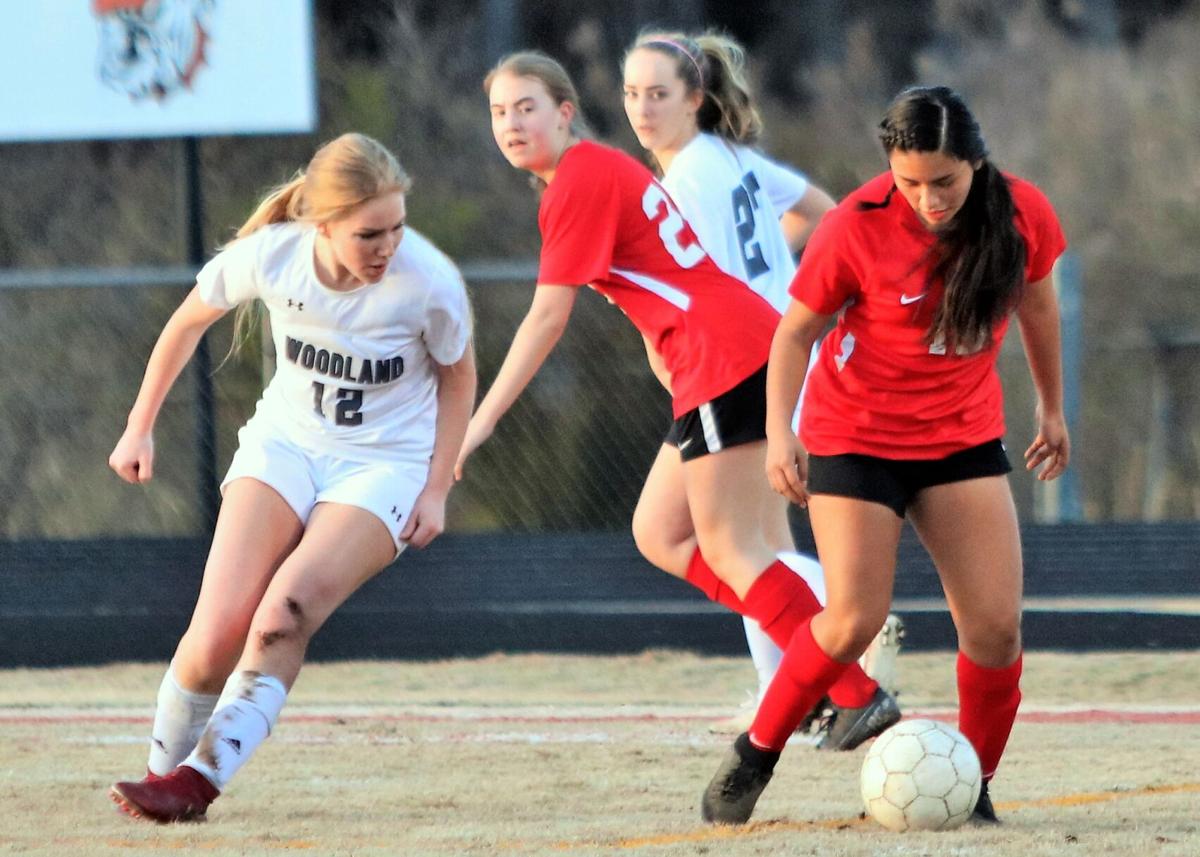 The Cedartown girls’ soccer team is looking for some young talent to step up and lead the Lady Dawgs into a new region this season.

The Cedartown boys’ soccer team is hoping to make some waves this season under the direction of new coach Stuart Morse.

The Cedartown girls’ soccer team is looking for some young talent to step up and lead the Lady Dawgs into a new region this season.

It is officially time to start a new soccer season on the west side of Polk County. After replacing last year’s graduating class and moving to a new region, there is even more change for Cedartown’s soccer programs this year.

Stuart Morse has been named the new head coach of the boys team and Nancy Flores Martinez will be taking over as leader of the girls team.

Morse, who spent the past two years leading the girls program at Cedartown High School, said that it was tough to leave the Lady Bulldogs but he could not pass up the opportunity to coach the Bulldogs in 2021.

“I struggled to make a decision because I loved coaching the girls team, but I knew they would be in good hands with coach Martinez,” Morse said. “Once I accepted the position, I was extremely excited to start working with the players. I knew they had been well-coached, and I was ready to see what they could do.”

The Woodland High School graduate is expecting a successful campaign with this year’s veteran team. Morse mentioned seniors Selfy Escalante, Alex Gomez, Ulises Vail, and Wilmar Velasquez as players who have stood out regarding their ability to lead the team.

“They are great teachers to the younger guys and they make sure that the other players know what to do,” Morse said. “Esdras Reynosa, Wuenry Escalante, and Darwin Ortiz have stepped up and shown their ability to take control of the game when they are on the field. They are very knowledgeable of the game.”

It is a new era for Lady Bulldog soccer as well, as Martinez takes over as head coach. The 2011 Cedartown High School graduate and former soccer standout slides into the top role after serving as an assistant coach in the past.

Martinez stated that she is still learning about the many responsibilities of being a head coach, but she is very happy to have the opportunity to lead the girls squad. Although it is just her first year as head coach, Martinez has not shied away from placing expectations on her team.

“My assistant coach (Ana Flores) and I talked to the girls before our first scrimmage and set one goal: to have a winning season,” Martinez said. “We feel we have a lot of talent on this team, with several girls playing club together outside of our season, so we are hopeful we can reach this goal.”

“Most of the players who stood out in our first scrimmage were freshmen. Center-midfielder Maritza Segura scored four goals for us, and she leads our offense. We also have Melissa Bahena, Briceyda Roblero, Campbell McKelvey, and Jocelyn Escalante who are all freshmen starters,” Martinez said. “Another player who has stood out is Marycruz Navarro. We were left without a goalie last year and she filled in the position so well. She will start this year and has done an excellent job, as she is the one to communicate with everyone, every game from start to finish.”

Both Morse and Martinez stated that 2020 was a tough season due to COVID-19, as it was heartbreaking seeing the seniors play a mid-season contest without knowing it would be the last time they would suit up.

The boys and girls squads are hoping the virus will not play a factor in this season and to this point and, aside from a few quarantines, it has not affected either side too much.

Cedartown soccer opened their season with a successful home scrimmage against Callaway on Jan. 29. Their season opener was played against Cartersville on Feb. 2, as the Lady Bulldogs lost 7-3 and the Bulldogs fell 3-1. The two teams are still searching for their first regular season win after losing to Cass on Feb. 5.

The girls and boys teams travel to Darlington this Thursday with match times scheduled for 5:30 and 7:30 p.m. They return home next week, hosting North Murray on Feb. 23 before starting region play at home against Northwest Whitfield on Feb. 26. Senior Night is currently set for their March 29 contests against Trion.