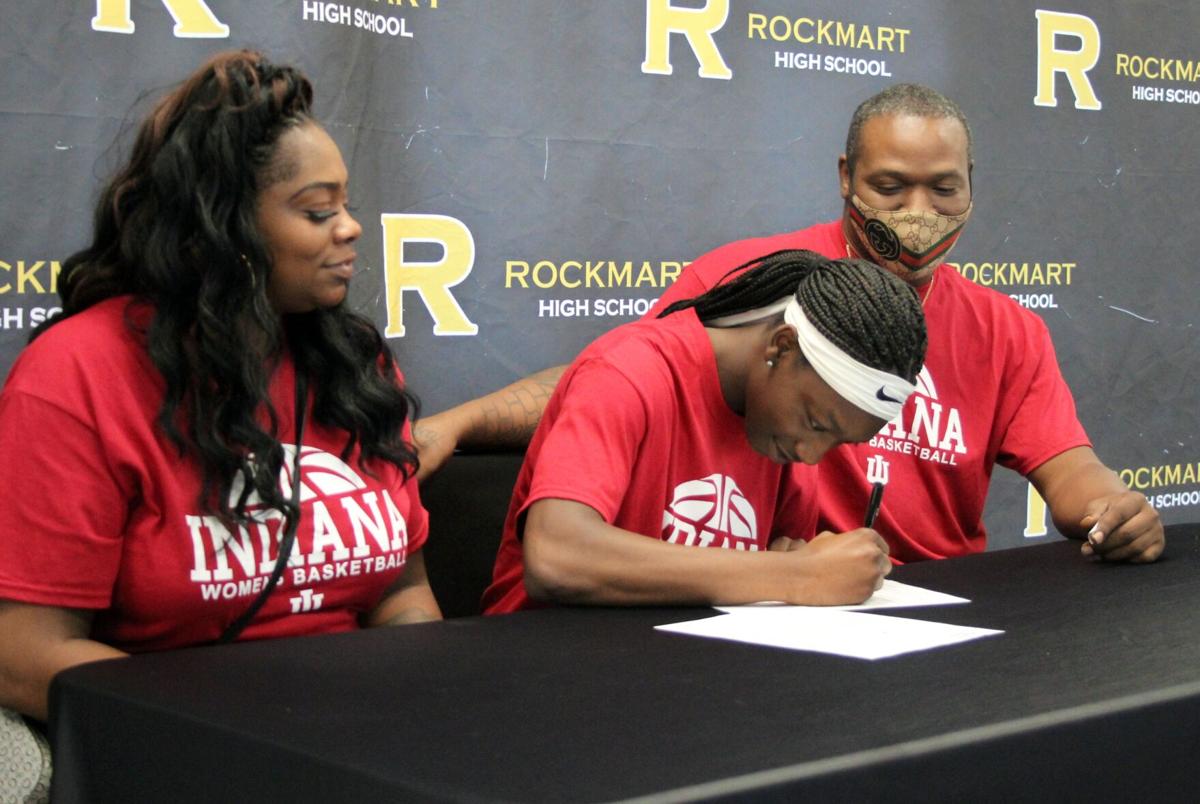 Rockmart senior Keyarah Berry (center) signs her letter of intent to play for Indiana University on Wednesday, Nov. 11, with her mother, Chantal Berry (left), and father, Monteze Berry, at her side. 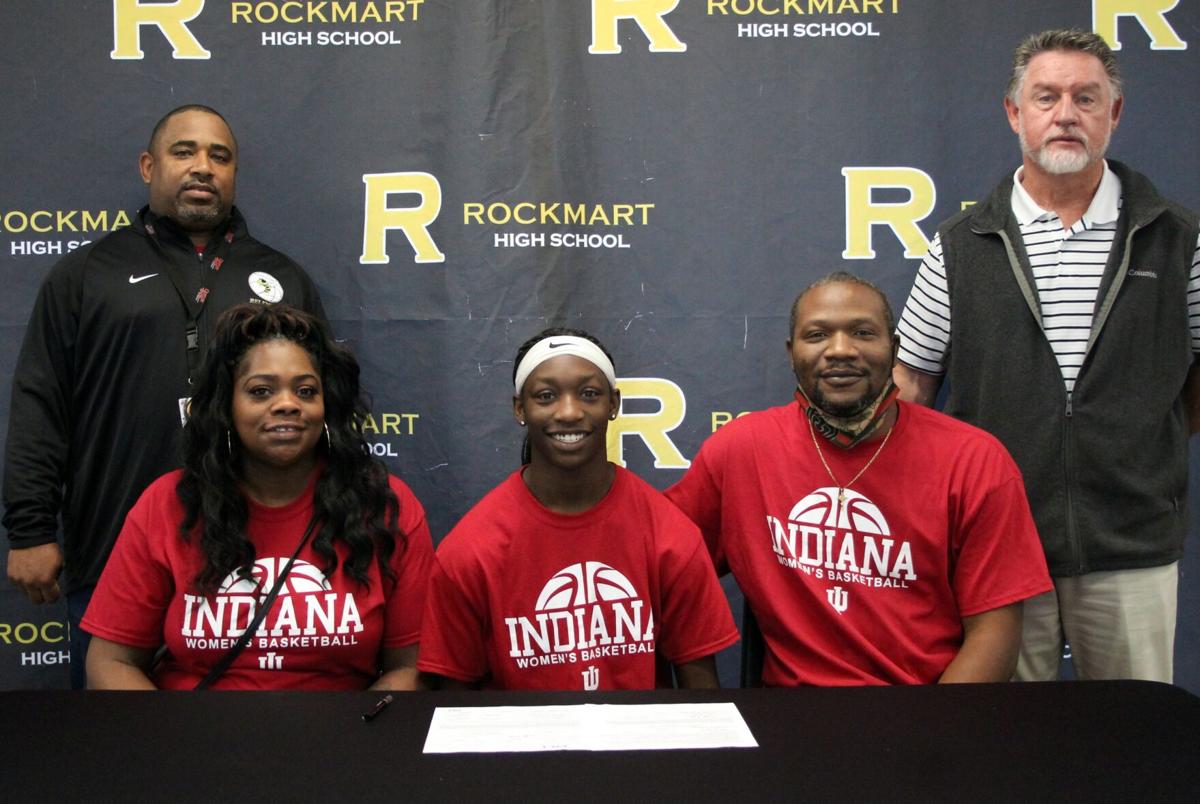 Rockmart senior Keyarah Berry (center) signs her letter of intent to play for Indiana University on Wednesday, Nov. 11, with her mother, Chantal Berry (left), and father, Monteze Berry, at her side.

Rockmart High School girls’ basketball coach Andre Clark got a lesson in the recruitment of a high-profile player when Keyarah Berry completed her junior season in February.

But as he said last week after the Lady Jacket phenom put pen to paper and signed to play for Indiana University, it’s time to relax and just play basketball.

Berry, who has been a major key in turning Rockmart’s girls’ basketball program into a state player, marked her preseason preparation on Wednesday, Nov. 11, by signing with the Hoosiers of the Big Ten at a small ceremony at the high school.

“This is a huge accomplishment for her and for the program,” Clark said. “It’s good to see her hard work pay off. She didn’t play a lot of AAU, so she’s been behind a little bit in recruiting, so for her to be able to get a Big Ten offer, play major college basketball, is good for the program and for this community.”

Clark said Berry’s recruitment really picked up in March as most of the nation went into quarantine for the COVID-19 pandemic. He said coaches began contacting him, telling him Berry was a diamond in the rough that they wanted to keep secret.

But when Indiana and head coach Teri Moren came calling, Berry’s interest was piqued. She committed to the Hoosiers on May 30 and never wavered.

“It feels good, you know. No more wondering where I’m going to college at,” Berry said.

“Now she’s just got to worry about basketball,” Clark said. “Now she knows she’s got a place to go, regardless of what happens or how things go this season.”

Last Wednesday was the start of the early signing period for NCAA Division I basketball with several top recruits making their college choices official. Berry is the first Rockmart player to sign with a D-I school since Caroline Williams Hipps signed with Vanderbilt in 2003.

Berry said she has been talking with Indiana coaches already, participating in online video conferencing meetings and learning more about their program.

Berry averaged 32.1 points and 9.3 rebounds a game during her junior season, leading Rockmart to the Class AA Final Four where the Lady Jackets were seconds away from getting to the state championship game before a last-second shot ended their incredible run.