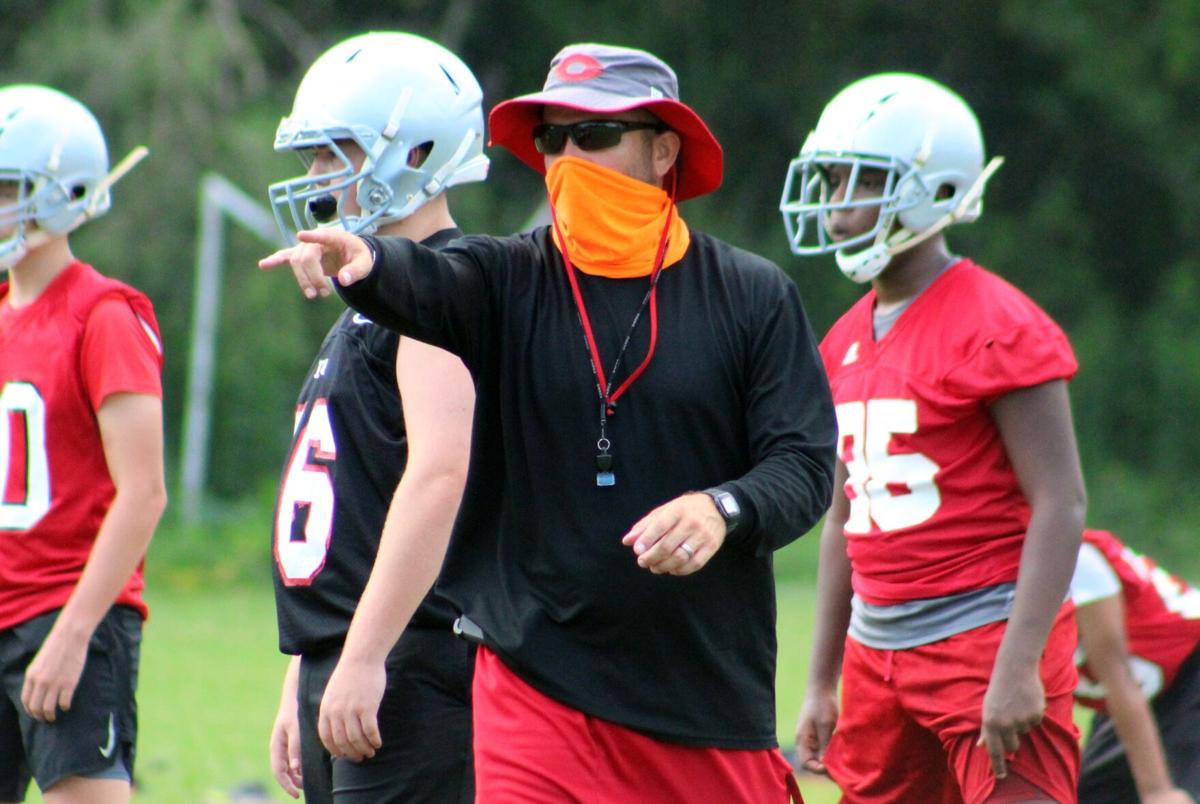 First-year Cedartown head football coach Jamie Abrams gives instructions to his linemen during a practice on Thursday, Aug. 6. The Bulldogs will open on Sept. 11 at Rockmart in a much-anticipated game against their county rivals. 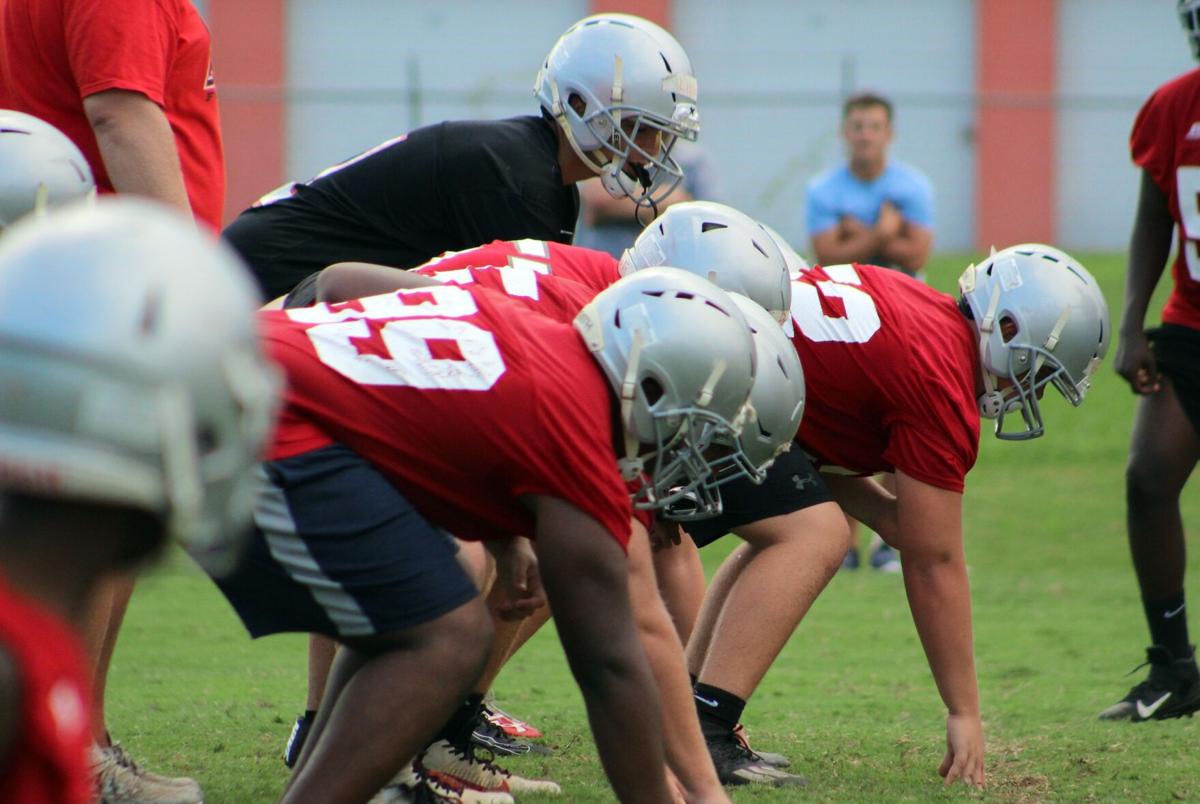 Cedartown football players line up for a run-through in practice on Thursday, Aug. 6.

First-year Cedartown head football coach Jamie Abrams gives instructions to his linemen during a practice on Thursday, Aug. 6. The Bulldogs will open on Sept. 11 at Rockmart in a much-anticipated game against their county rivals.

Cedartown football players line up for a run-through in practice on Thursday, Aug. 6.

The Georgia High School Association reiterated on Thursday that the high school football regular season is still set to begin on Sept. 4. However, all pre-season scrimmages, which had been set for Aug. 21 and Aug. 28, have now been eliminated.

GHSA Executive Director Robin Hines announced the change following a meeting with his Sports Medicine Advisory Council on Wednesday. The full memo can be found at ghsa.net.

The memo stated that football teams and cheerleaders can “continue to practice as outlined in previous guidance so athletes and staff will be in a controlled environment.”

Cedartown had already canceled its first preseason scrimmage against Cass that was scheduled for Aug. 21. The Bulldogs were supposed to travel to Haralson County for a scrimmage on Aug. 28.

Rockmart had scheduled Bremen and Villa Rica as preseason opponents. Both teams will now square off against another team for the first time on Sept. 4 as they open the season on the road with Cedartown at Carrollton and Rockmart at Rome.

The GHSA Board of Trustees had voted on July 20 to push the start date for the football regular season back from Aug. 21 to Sept. 4. Competition cheerleading will tentatively begin on Nov. 21 with the state finals on Feb. 26-27, 2021.

One-act play, also a GHSA-sanctioned fall activity, has been tentatively pushed back to the spring, but no official start-up date has been announced.

Last week, Dr. Kathleen Toomey, the chairman of the Georgia Department of Health, had expressed concerns about football, cheerleading, chorus and band being higher-risk school activities. Band and chorus are not GHSA-sanctioned activities, but one-act play may include singers and/or a chorus.