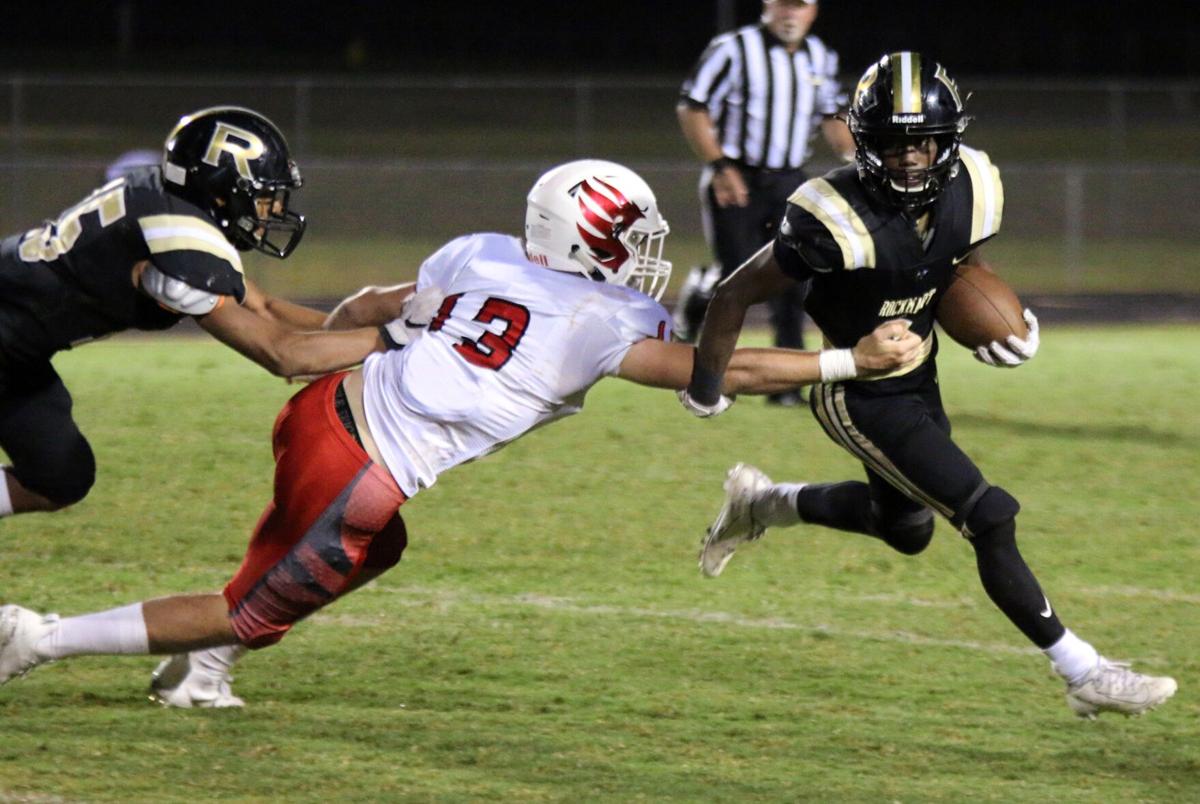 Rockmart’s Keyshaun McCullough (right) breaks away from Sonoraville’s Jebb Knight (13) as Lanear McCrary lends a hand on a run during the third quarter of Friday’s game at Rockmart High School. 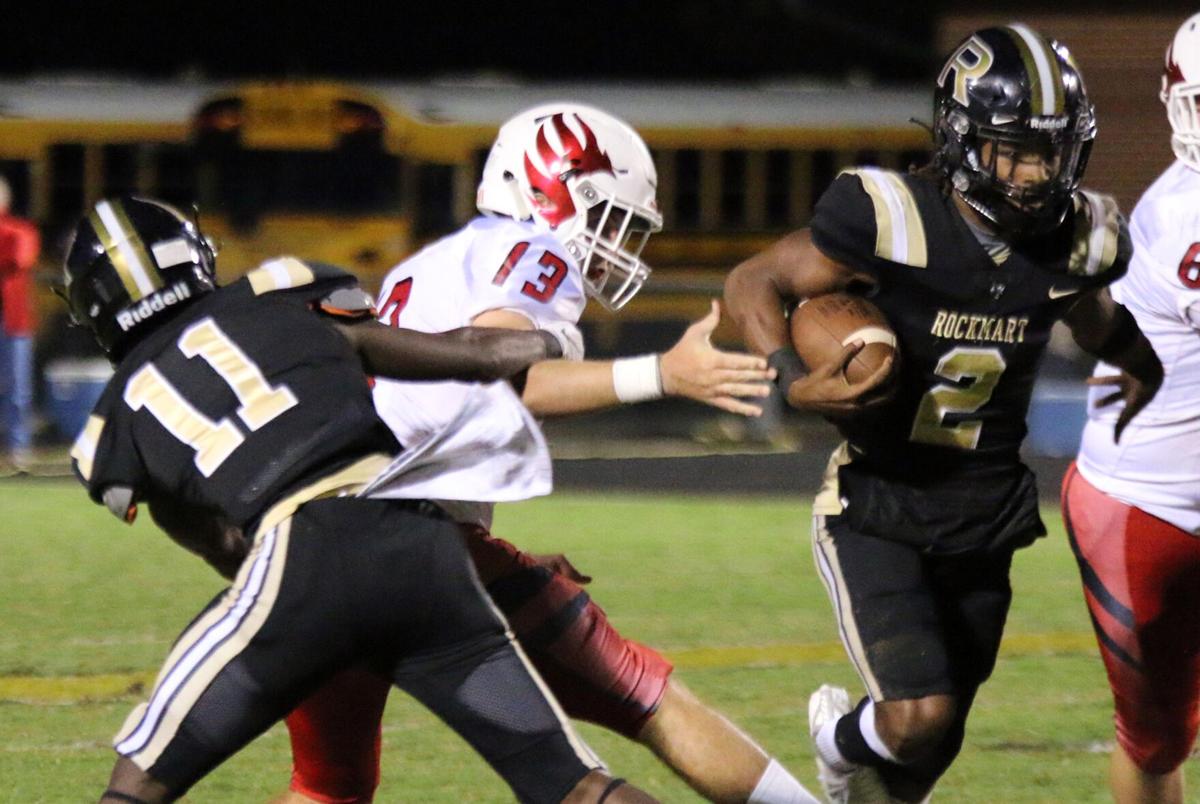 Rockmart quarterback Javin Whatley (2) makes a run through the middle as Sonoraville’s Jebb Knight (13) is wrapped up by Dennis Sims during the second quarter of Friday’s game at Rockmart High School.

Rockmart’s Keyshaun McCullough (right) breaks away from Sonoraville’s Jebb Knight (13) as Lanear McCrary lends a hand on a run during the third quarter of Friday’s game at Rockmart High School.

Rockmart quarterback Javin Whatley (2) makes a run through the middle as Sonoraville’s Jebb Knight (13) is wrapped up by Dennis Sims during the second quarter of Friday’s game at Rockmart High School.

Through three games this season, Rockmart head football coach Biff Parson continued to push his team to find the right combination of talent and teamwork that would help them reach their goals.

Javin Whatley threw for 168 yards and ran for 96 on the way to scoring two touchdowns in Rockmart’s 68-7 thumping of Region 6-3A foe Sonoraville at The Rock on Friday night, highlighting one of the most efficient performances in Yellow Jacket history.

Rockmart scored on every possession, including a one-play, 52-yard drive with less than 20 seconds to go in the first half as Whatley het Mehiji Floyd on a delayed pass play that made it 48-7 and all but sealed the fate of the visiting Phoenix.

“Since the Cedartown game we’ve talked about starting fast. And it goes back to our preparation during the week and how we attack that practice during the day,” Parson said, referring to Rockmart’s first win of the season in Week 2.

“We didn’t really see it at Coahulla Creek. We did well, but we sputtered. It wasn’t a total team effort. That was the challenge this week. Can we just put it together and be all in? … So tonight was the first time this year I felt like it was a more complete game.”

Rockmart (3-1, 2-0 6-3A) finished with 481 yards of offense compared to Sonoraville’s 144 as Jai Penson and Lanear McCrary each scored a pair of touchdowns in the first half. Dedric Gibson intercepted Phoenix QB Brady Lackey twice, each leading to Rockmart touchdowns.

The win was Rockmart’s first over Sonoraville in the three games between them. It also tied the record for most points scored by a Rockmart team in the school’s history.

Sonoraville’s lone score Friday came late in the second quarter as Lackey led an eight-play, 53-yard drive that was capped by a 32-yard touchdown pass to Nick Beddington to make it 34-7.

Rockmart blew open the game in the next 1:16 of play as Daniel Sims returned the ensuing kickoff 66 yards for a score and Sonoraville’s ensuing drive was plagued by an ineffective passing game.

The Phoenix (2-1, 0-1) turned the ball over on downs with 28 seconds left, and Whatley bided his time before sailing a pass downfield to a running Sims for the score that would lead to a running clock in the second half.

It seemed the clock couldn’t run fast enough for Sonoraville in the fourth quarter, however, as Rockmart added two more scores in the period. JD Davis stepped in behind center and scored on a 13-yard run, while a lost Phoenix fumble led to Nahzir Turner battling his way 23 yards for a touchdown to cap the ensuing drive in the waning seconds of the game.

“We get a turnover right there, we’re trying to get some young kids some action and just running our base plays and it happens,” Parson said. “I don’t apologize for our kids playing hard. I don’t. It’s football. I’m just super proud of our team.”

Rockmart will have this Friday off for its final bye week of the season before traveling to Chatsworth on Oct. 16 to take on North Murray.

Duterte says he can be held responsible for drug killings