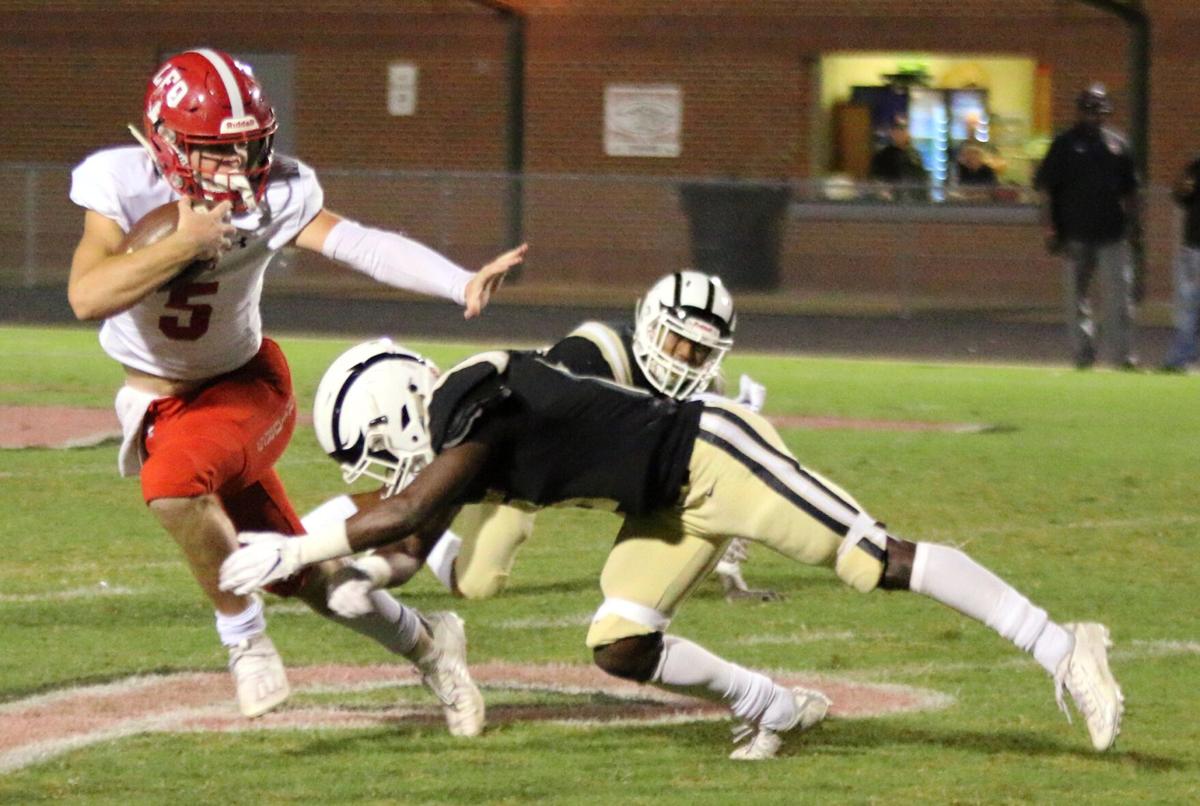 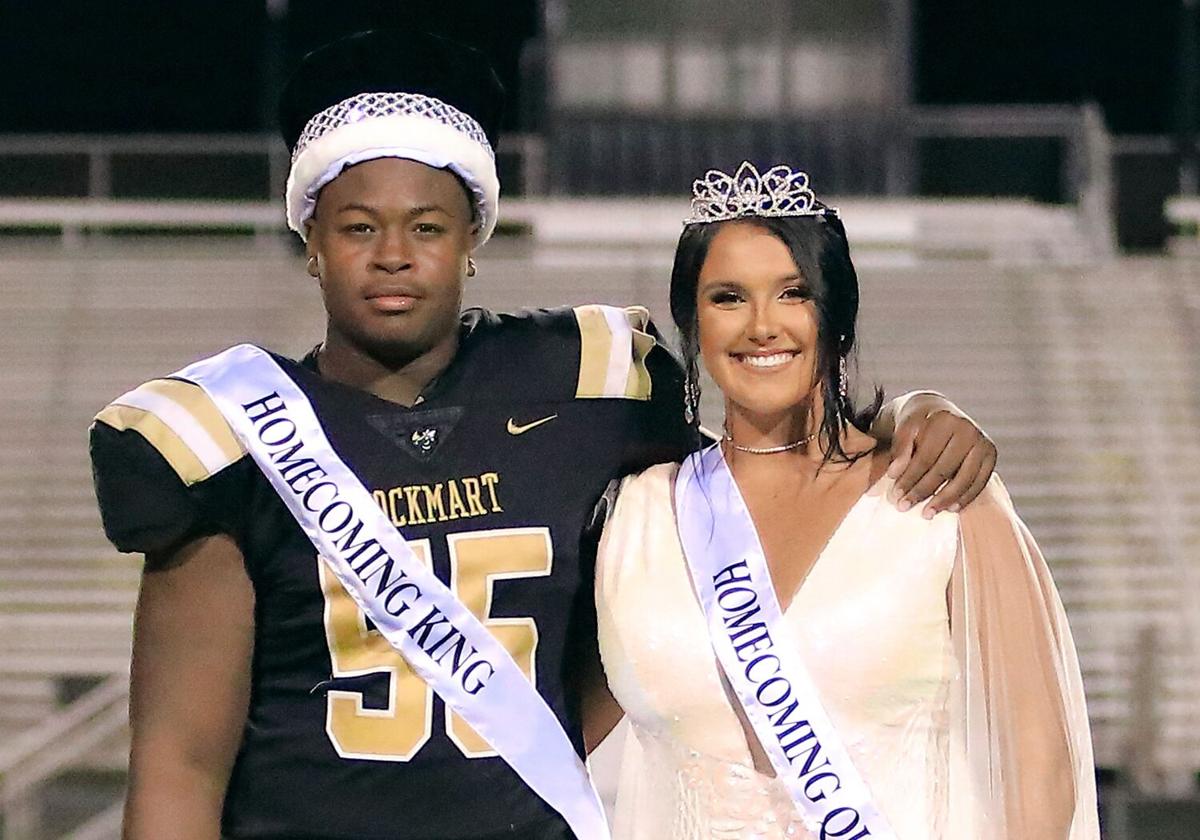 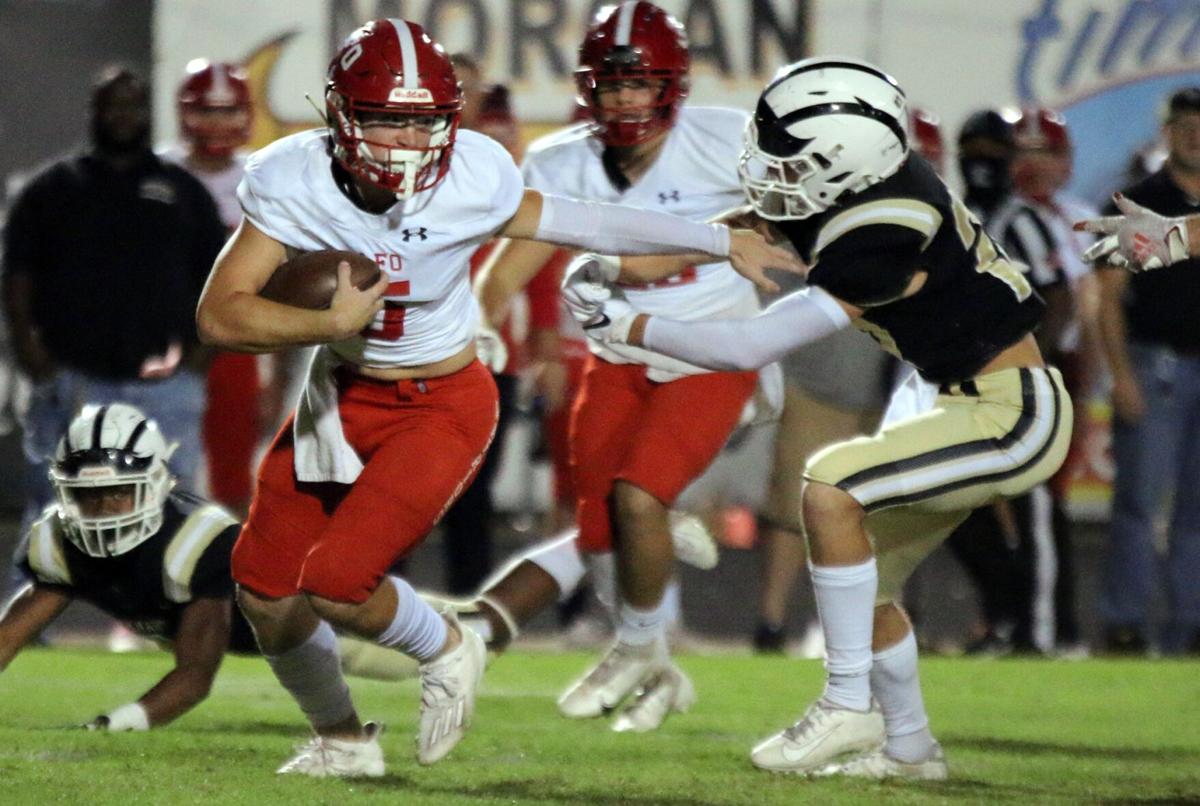 LFO quarterback Will Carroll (left) tries to break away from Rockmart's Dalvin Millhollan during the first quarter of Friday's game at Rockmart High School.

LFO quarterback Will Carroll (left) tries to break away from Rockmart's Dalvin Millhollan during the first quarter of Friday's game at Rockmart High School.

Last Friday’s victory over Lakeview-Ft. Oglethorpe kept the Rockmart Yellow Jackets’ winning ways going, but left head coach Biff Parson with an uneasy feeling as they march through the second half of the schedule.

Jai Penson scored four touchdowns, three on offense and one on an 80-yard return on a fumble recovery, and Rockmart was able to keep the effects of any miscues to a minimum in a 45-14 win on Homecoming night.

With just four games left in the regular season, the Jackets are a top-10 team in Class 3A and undefeated in their region. However, Parson said after the game that they still have plenty of work to do.

“As we move forward, we’ve got four games left and we want to be able to peak there at the right moment there at the end. This was a great win, a lot of teachable moments that we can come to and figure this thing out, but the biggest thing is we’ve got to be able to get this thing together as a unit. We’ve got to get our guys playing for Rockmart High School and not for themselves,” Parson said.

Ahead 24-7 at halftime, the Jackets didn’t put themselves in danger of losing the lead as they had the week before against North Murray. But two turnovers, a missed onside kick and two unsportsmanlike penalties in the second half led to some frustrations.

Parson said it goes back to his mantra of setting the standard, which has led Rockmart’s football program to one of its most prosperous periods in school history.

After a long drive for each team in the first quarter, Rockmart (5-1, 4-0 6-3A) held a small 3-0 lead when the Jackets took over on their own 32-yard line. Quarterback Javin Whatley had two big runs to get down to Lakeview-Ft. Oglethorpe’s 3, and Penson punched it in for a touchdown on the first play of the second quarter.

LFO (1-5, 1-3) turned to workhorse running back Jacob Brown on the ensuing drive until the junior fumbled on the third play around Rockmart’s 20, and Penson scooped it up and sprinted down the field for his second touchdown in less than two minutes of game time. Jose Alegria’s kick put the Jackets up 17-0.

Penson would finish with 48 yards and three touchdowns on 10 carries in addition to the return on the fumble recovery. Whatley came up big in tough down-and-distance scenarios and ended the game with 13 carries for 198 yards, as well as a 43-yard touchdown pass to Dennis Sims early in the fourth quarter.

“Jai played well tonight and, you know, it could have been Jai, it could have been anyone. We’ve got four or five weapons. Obviously Jai had a hot hand tonight. Javin ran the ball well. The line blocked really well for us tonight,” Parson said. “The biggest thing we talked about this week was being physical. This wasn’t to our standard that we want, but we’re getting there.”

Rockmart had 486 yards of total offense in the game, 402 of that on the ground, while LFO had just 166. Brown finished with two touchdowns for the Warriors — a 4-yard run in the second quarter and a 5-yard score in the fourth.

LFO shortly recharged its offense after Brown’s second touchdown by recovering an onside kick, but after two unsuccessful passes by quarterback Will Carroll the junior threw an interception to Tyshaun Johnson.

With 3:34 left to play, Rockmart began a 73-yard drive that was capped off in seven plays by a 22-yard touchdown run from JoJo Haynes with just 30 seconds remaining. Alegria connected on the extra point, ending his night 6-for-6 on PATs and with a 29-yard field goal in the first quarter.

Rockmart sits in first place in the region standings, with three teams — Adairsville, LaFayette and North Murray — one game behind. The Jackets are back at home this Friday to host Murray County in another Region 6-3A contest.