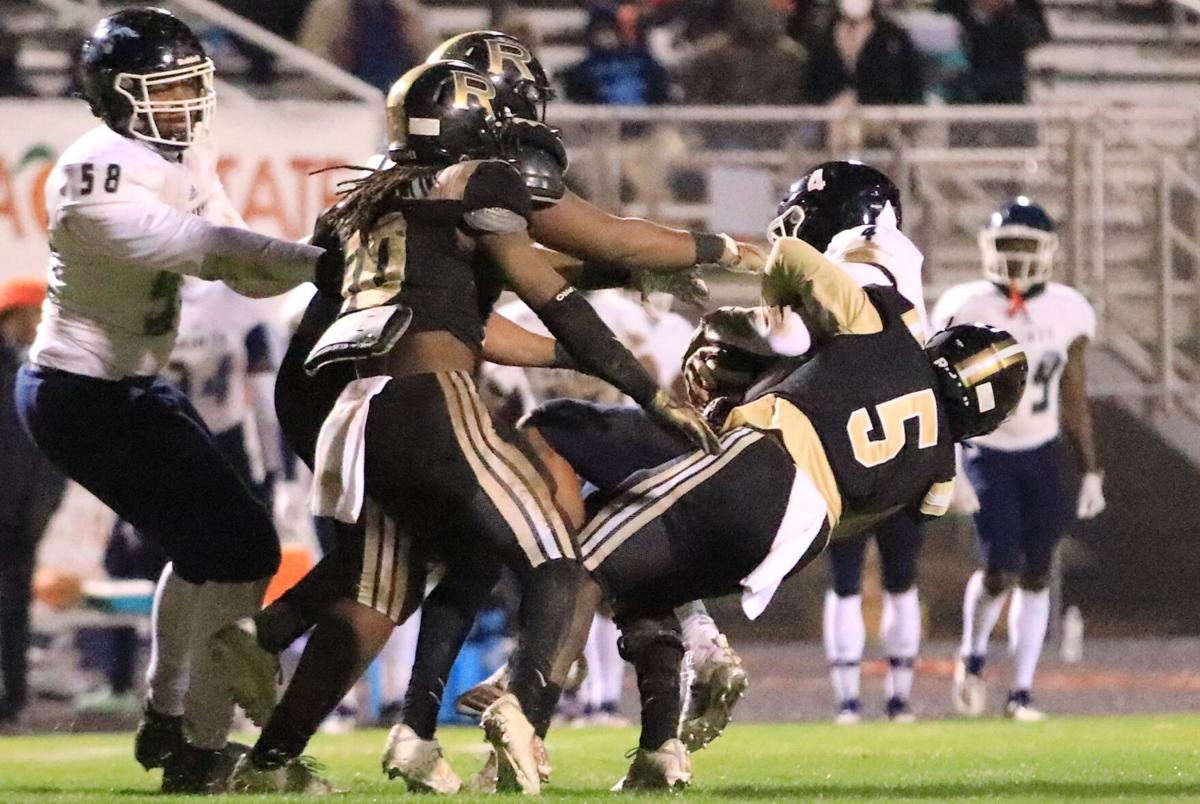 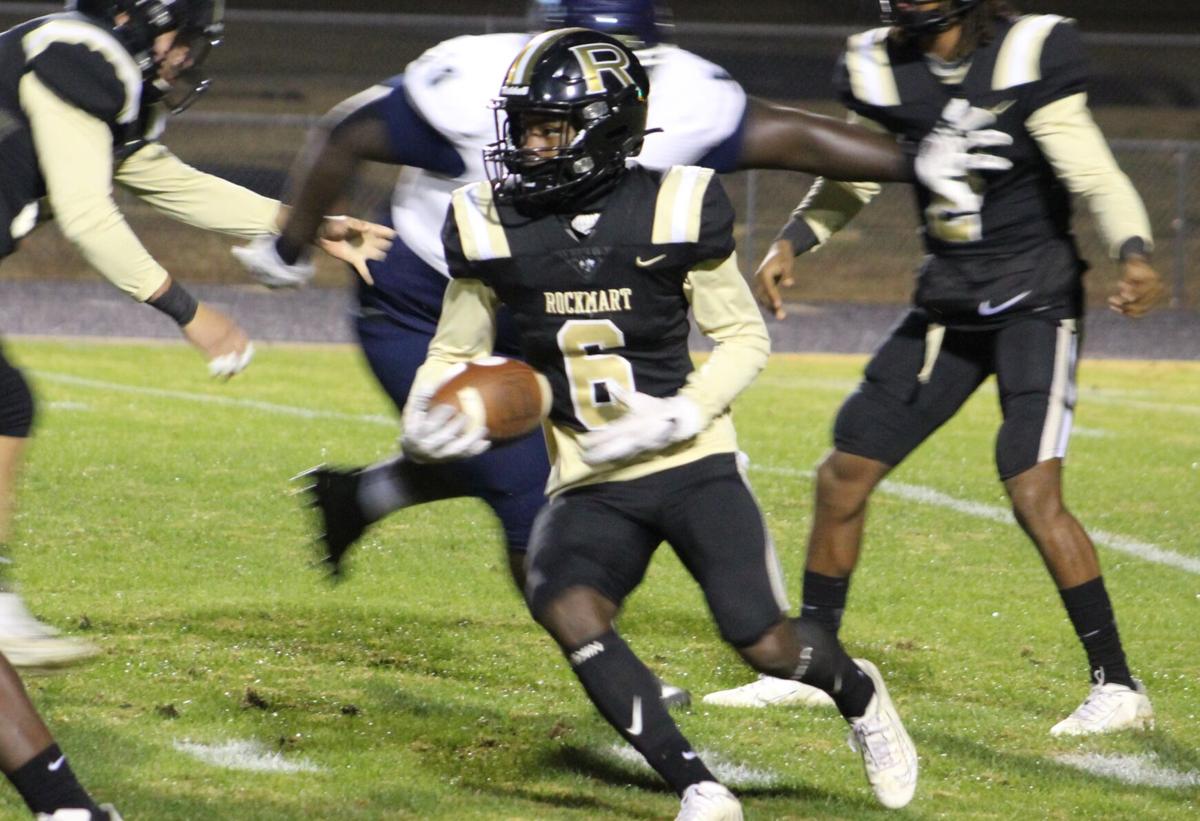 Rockmart’s Keyshaun McCullough runs upfield for some yardage during the first quarter of Friday’s game against Cedar Grove at Rockmart High School.

Rockmart’s Keyshaun McCullough runs upfield for some yardage during the first quarter of Friday’s game against Cedar Grove at Rockmart High School.

ROCKMART — In a battle between two top-10 teams, players pushed, and grinded, and reached for an extra yard for nearly three hours.

But it was Rockmart that sat on the losing end of a 30-27 final in the Class 3A Sweet 16 showdown at The Rock.

After regulation and three overtime periods, the Jackets couldn’t contain Cedar Grove’s Rashod Dubinion on a 3-yard sweep to the right that became the game-winning touchdown.

“It’s tough. The kids laid it on the line. I’m super proud of these guys fighting. Nobody gave us a chance in this game. And let’s be real nobody thought we could play with this bunch,” Parson said. “But we had our opportunities to win it and we didn’t. And we’ve got to learn from that. But this group right here has nothing to hang their head about.”

Tied 17-17 after a late touchdown by No. 1 Cedar Grove, the game remained knotted up after the first and second overtime periods after both teams scored touchdowns in the first extra set and then missed field goals on fourth down in the next one.

With each team starting on the 15-yard line, Rockmart went first in the third OT period and was unable to gain positive yardage on its first three plays. Kicker Jose Alegria then nailed a 36-yard field goal to put the Jackets up 27-24.

Cedar Grove’s turn included Dubinion converting on third-and-1 from the 7 to get down to the 5. The junior running back took off around to the right two plays later to score on third-and-goal and bring Rockmart’s season to a heart-crushing end.

Rockmart head coach Biff Parson remained composed but emotional after the game as his players exhibited frustration on the field.

“I mean, we had them on the ropes and we just didn’t finish it,” Parson said. “Championship teams will finish that way, and we just came up short today. These kids have nothing to hang their head about”

Rockmart (10-2) took a 17-10 lead with 2:52 to play in the fourth quarter on Javin Whatley’s second touchdown pass to Jakari Clark, this one a 41-yard catch-and-run over the middle. The two had connected on a 15-yard TD pass on the first drive of the game that saw Clark slip away from one defender after another to reach the end zone.

But No. 1 Cedar Grove, which had been held in check for most of the night by the Jackets’ stout defense, went to the air to move into Rockmart territory on the ensuing drive before a late hit penalty on the Jackets put the Saints inside the 20.

It took Eastern Michigan commit Austin Smith three tries, but the Cedar Grove quarterback found Janiran Bonner just inside the end zone on a 17-yard pass with 30 seconds left that led to the tie score and overtime.

Taking on the two-time Class 3A state champion at home, Rockmart played one of its more complete games of the season but couldn’t capitalize on Cedar Grove’s mistakes.

Dubinion fumbled the ball after getting hit during the Saints’ first possession with Rockmart recovering on its own 39-yard line. But the Jackets’ drive stalled out near midfield and ended with a punt from Whatley.

The following Cedar Grove drive ended with a lost fumble as well as Smith dropped a snap on third-and-1. Rockmart got to fourth-and-1 at the Saints’ 38 but couldn’t convert, turning the ball over on downs.

Cedar Grove methodically moved its way down to the Rockmart 10 on the following drive, only to have the Jackets’ defense make a stand that ended with a 10-yard sack of Smith by Keiron Roberts and company on fourth-and-goal to preserve a 7-0 Rockmart lead at halftime.

Whatley scored on a 19-yard run in the first overtime period to go with his two touchdown passes earlier in the game. Alegria was 2-for-2 on extra points and made a 25-yard field goal with 7:50 left in the fourth quarter to put Rockmart up 10-7.

The Saints (3-4) will take on Crisp County in the Class 3A quarterfinals this week in South Central Georgia.