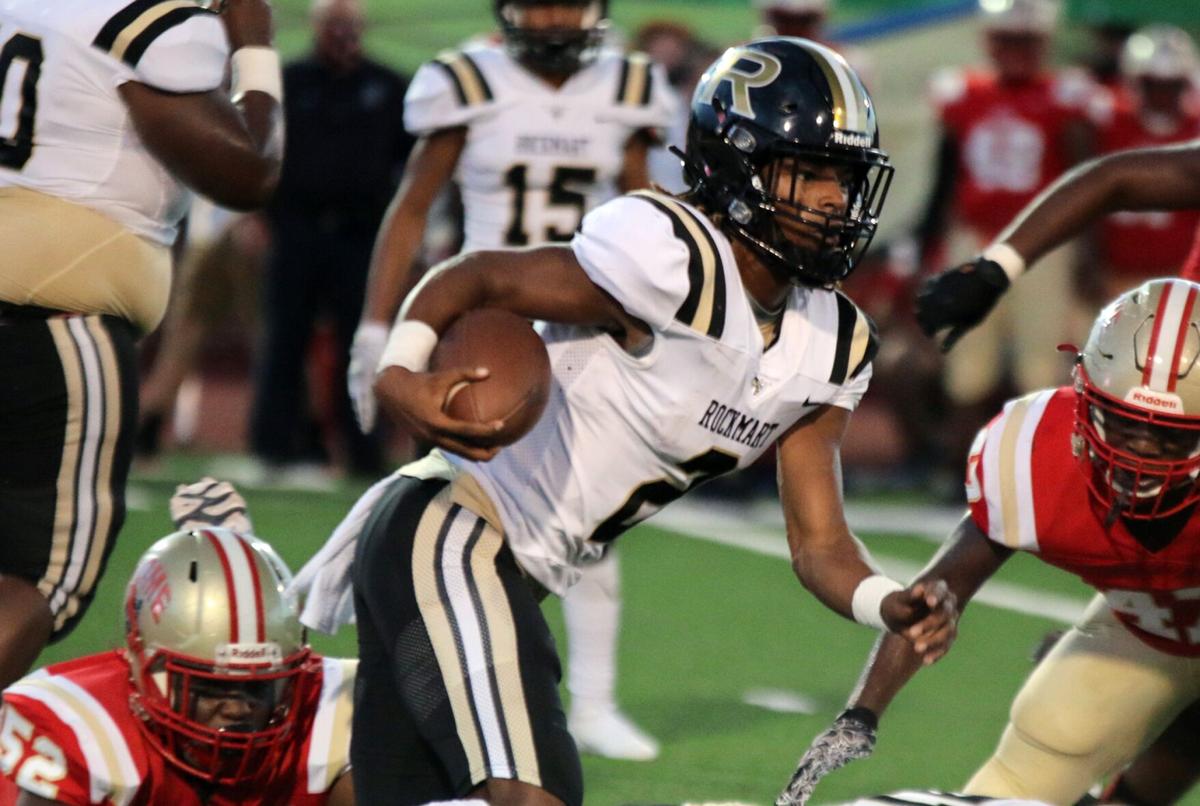 Rockmart quarterback Javin Whatley threw for two touchdowns and ran for another as the Jackets rolled to a 42-6 victory over Coahulla Creek on the road Friday night. 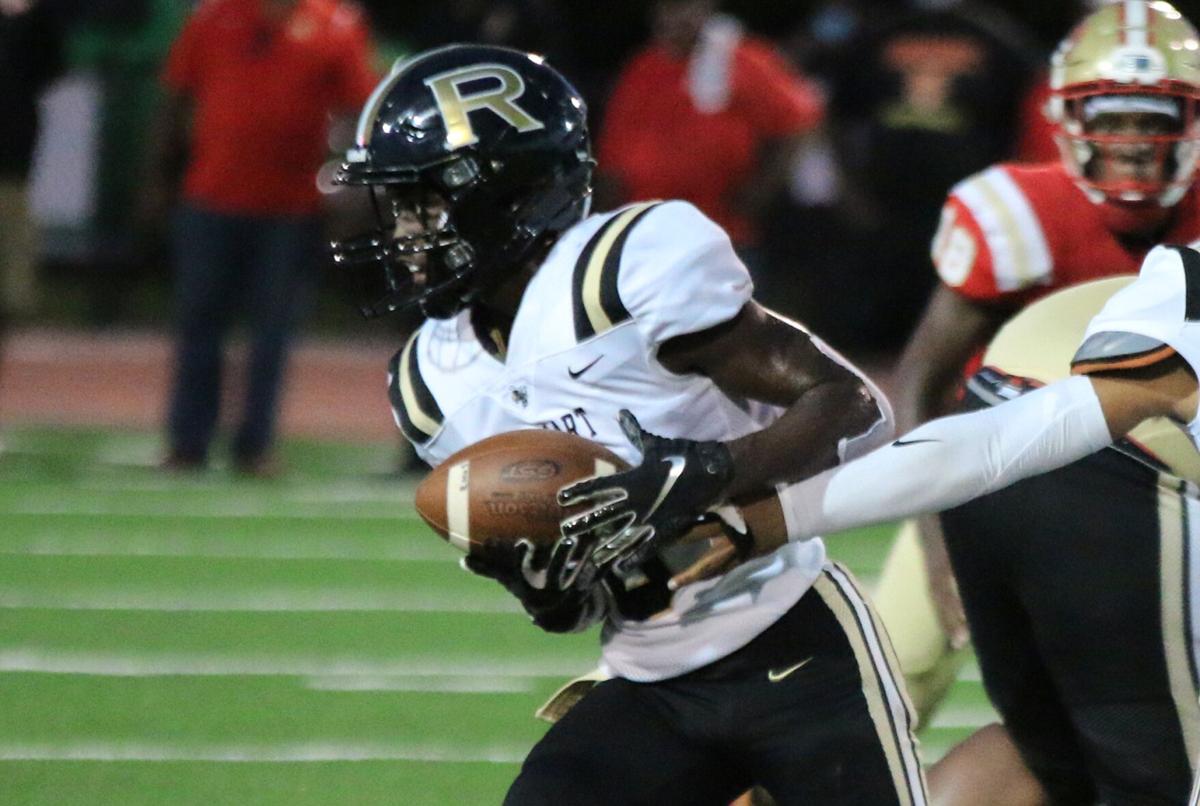 Rockmart’s Keyshaun McCullough was in on two touchdown play Friday against Coahulla Creek — one receiving and one rushing.

Rockmart quarterback Javin Whatley threw for two touchdowns and ran for another as the Jackets rolled to a 42-6 victory over Coahulla Creek on the road Friday night.

Rockmart’s Keyshaun McCullough was in on two touchdown play Friday against Coahulla Creek — one receiving and one rushing.

As far as introductions go, Rockmart had a successful one on Friday night.

The Yellow Jackets scored three touchdowns in the span of less than two minutes in the first quarter at Coahulla Creek High School and relied on a stingy defense to hold the host Colts nearly scoreless in a 42-6 Rockmart win.

It was the Jackets’ first Region 6-3A contest since moving up to Class 3A following reclassification and their first game against the Colts, a program based northeast of Dalton.

Rockmart quarterback Javin Whatley threw for two touchdowns and ran for another — all in the first half — while Keyshaun McCullough hauled in a 20-yard TD pass and also ran 15 yards into the end zone for a score in the first quarter.

The Jackets (2-1, 1-0 6-3A) went into halftime up 35-0, with kicker Jose Alegria shaking off a missed 37-yard field goal early to go 6-for-6 on extra points for the rest of the night. The game went to a running clock in the second half to limit both teams’ chances to score.

Dennis Sims made a catch-and-run with about a minute left to play in the second quarter that he turned into a 61-yard touchdown reception on Whatley’s second completed pass of the night.

Running back Jai Penson added another score for Rockmart with 2:05 until the break when he followed up a 21-yard hustle to get inside the Colts’ 20-yard line with a 10-yard scamper over the goal line.

Coahulla Creek (1-2, 0-1) came into the game with a weapon in running back Tyler Locklear, who had accumulated 351 yards rushing in two games. But Rockmart’s defense never let the Colts get comfortable on offense, with the home team’s lone score coming on a last minute drive extended by a pair of Jacket penalties.

Whatley, who had 73 yards on eight carries in the first half, broke open the scoring with a 24-yard run up the middle with 5:12 to go in the first quarter. A high snap over the Colts’ quarterback on the first play of the ensuing drive led to a fumble recovery by Rockmart on the Coahulla Creek 20.

McCullough caught the 20-yard TD pass from Whatley to put Rockmart up 14-0 before a fumble on the kickoff by the Colts found Rockmart on top of a loose ball again at the home team’s 29-yard line.

A 15-yard distance to the end zone was covered by McCullough on the ground a few plays later to give Rockmart a 21-0 lead with less than 3:30 left in the period.

The Jackets’ final touchdown came in the third quarter as Lanear McCrary busted out a 23-yard run before capping the drive with a 3-yard touchdown run.

Rockmart’s offense had some penalties in the first quarter that threatened to put a damper on the evening, but they soon corrected course and were able to get their rhythm going. The Jackets had no turnovers for the first time this season.

Coahulla Creek managed to squeeze out a touchdown in the waning minutes of the game after Rockmart was called for penalties twice on fourth down inside the 10. The Colts began the drive on the Jackets’ 15 after Whatley was forced to scramble following a bad snap on a punt that went over his head.

The extra point attempt was blocked after a low snap to make it 42-6 with 15 seconds left to play.

Rockmart returns home on Friday to host Sonoraville in another region matchup.