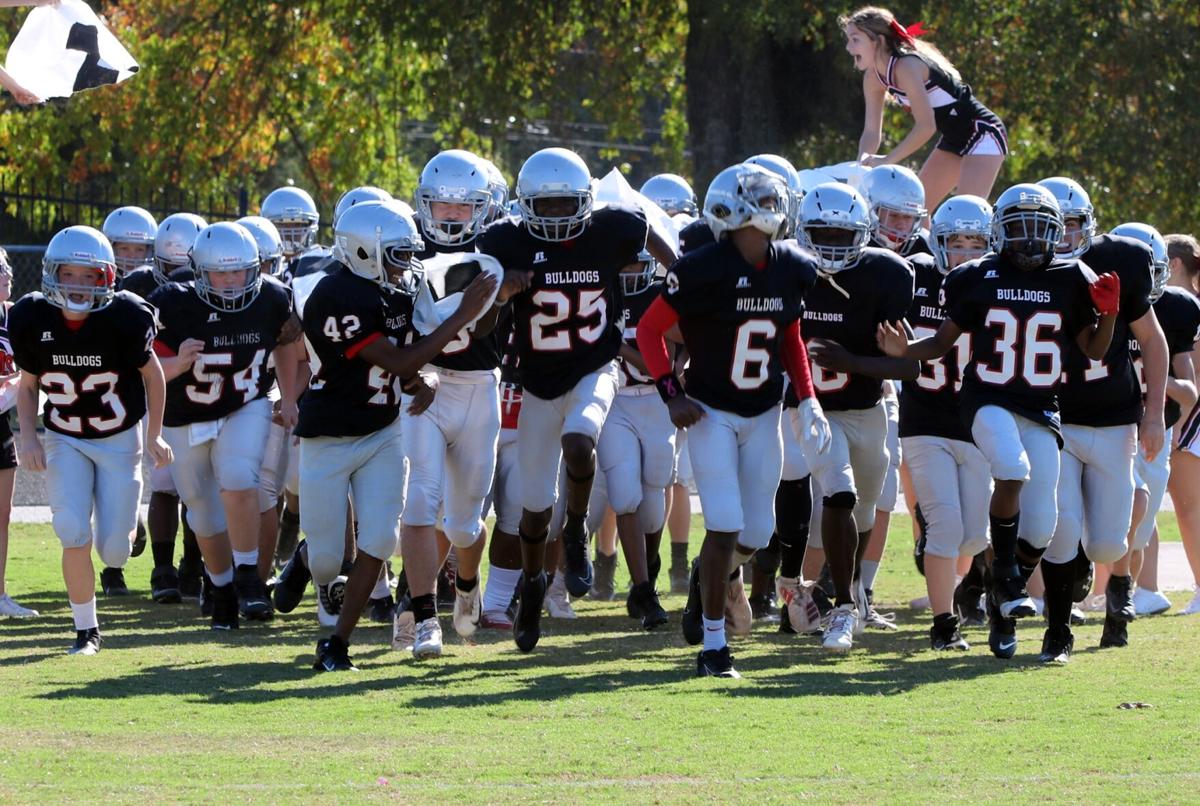 The Cedartown Middle School eighth-grade football team runs onto the field at the beginning of their game against Johns Creek on Saturday at Doc Ayers Field. Both the CMS sixth- and eighth-grade teams will play for their respective GMSAA Division C championships Saturday in Marietta. 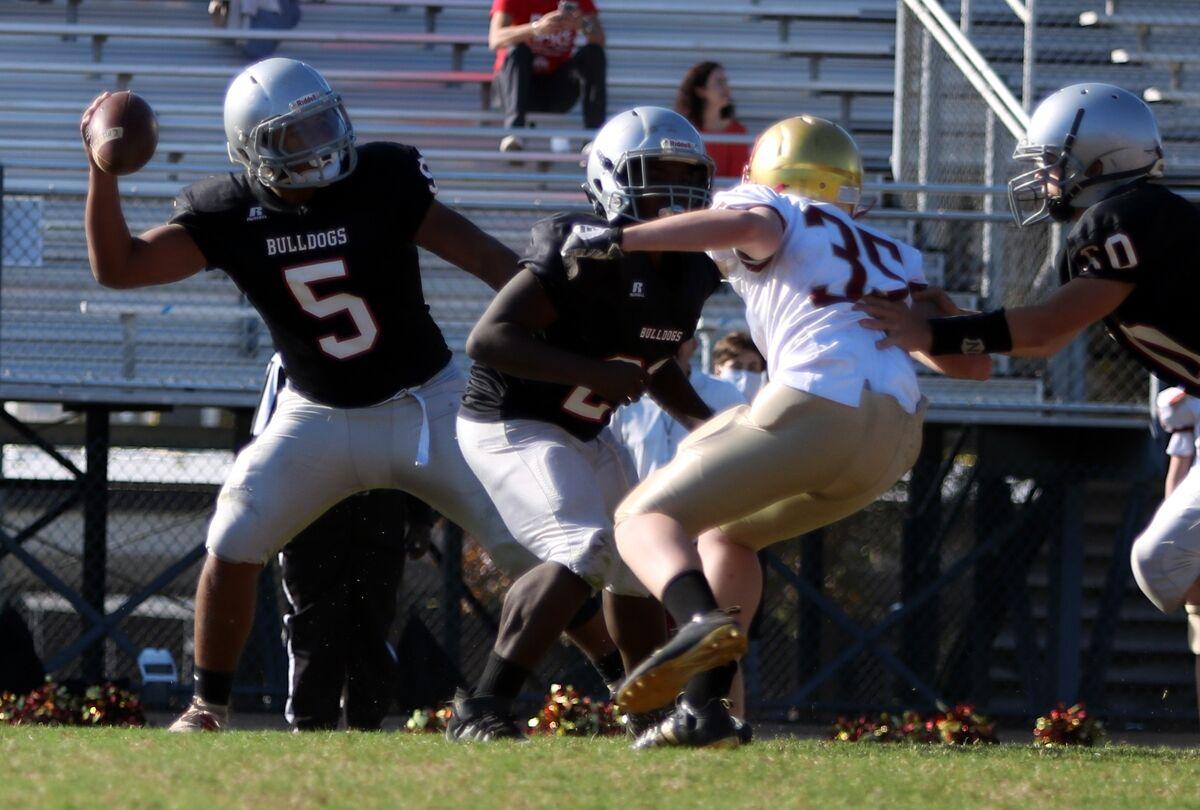 The Cedartown Middle School eighth-grade football team runs onto the field at the beginning of their game against Johns Creek on Saturday at Doc Ayers Field. Both the CMS sixth- and eighth-grade teams will play for their respective GMSAA Division C championships Saturday in Marietta.

A season of nothing but winning for the Cedartown Middle School football teams continued on Saturday.

Now only one victory remains between them and a championship.

Each win continued an unbeaten streak for both Cedartown squads as they head into Saturday’s division championship games at Wheeler High School in Marietta. The sixth-grade Bulldogs will take on Dunwoody at 9 a.m., while the eighth-grade squad will face River Ridge at 5 p.m.

Cedartown’s sixth-grade team went ahead in the first half and hung on to pick up the win over River Ridge on Saturday.

The visitors opened the scoring with a touchdown early in the first quarter before Cedartown’s Christian Ware scored on a 3-yard run about four minutes later. Ware then ran in the two-point conversion for the PAT and gave the Bulldogs an 8-7 lead.

Jaylen Johnson added another touchdown on a 1-yard scamper late in the second quarter that was complemented by Kane Stanford’s two-point run.

A stalemate in the third quarter was broken up early in the fourth when River Ridge added another touchdown, but that would be the final time either team would reach the end zone.

Cedartown’s eighth-grade team left no doubt in its semifinal game, rolling up a 42-3 lead and cruising to a win over Johns Creek.

Quarterback Isaiah Johnson had a pair of touchdowns for the Bulldogs, one on a 17-yard keeper and another after scooping up a Cedartown fumble in the end zone.

After Johns Creek took a 3-0 lead on a 21-yard field goal early, Cedartown’s Jaquaveon Price quickly turned his team deficit into a lead with a 64-yard touchdown run on the ensuing possession.

Juelz Davis capped off Cedartown’s scoring with a 16-yard touchdown run. Johns Creek added two late touchdown passes in the final three minutes, but it was not enough to put a dent in the Bulldogs’ formidable lead.