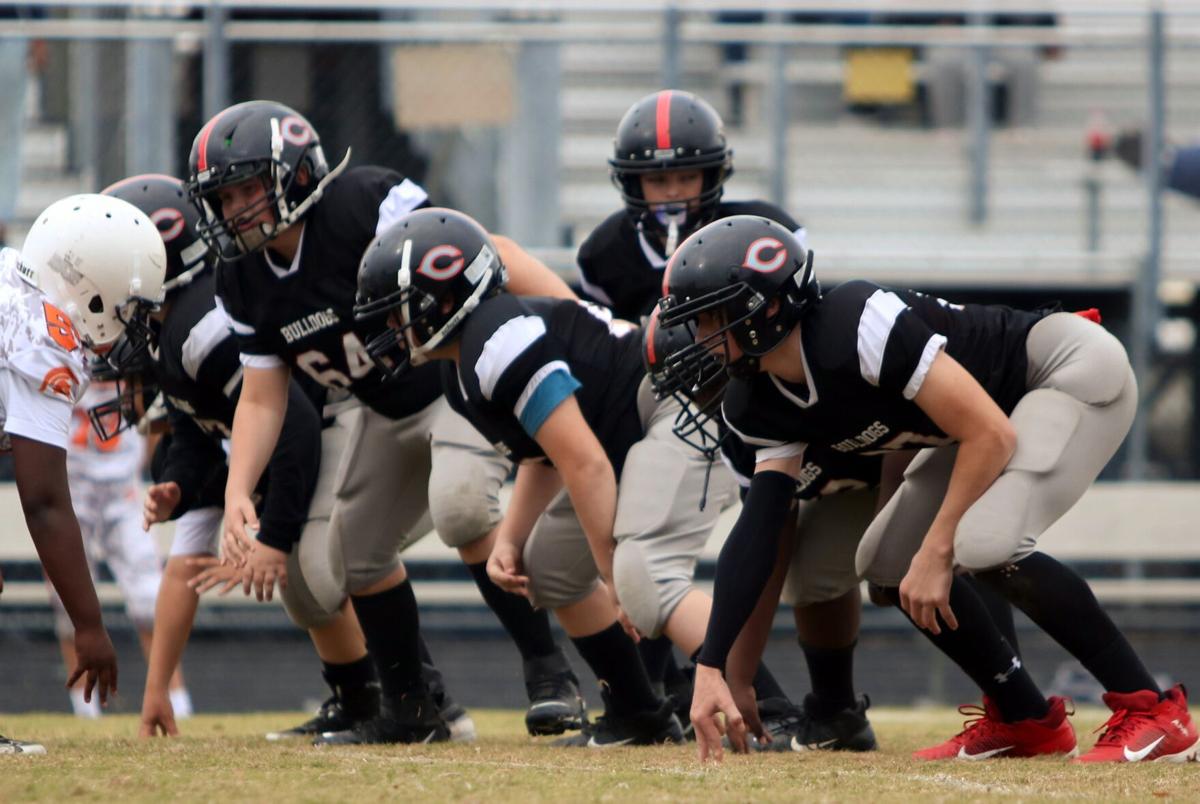 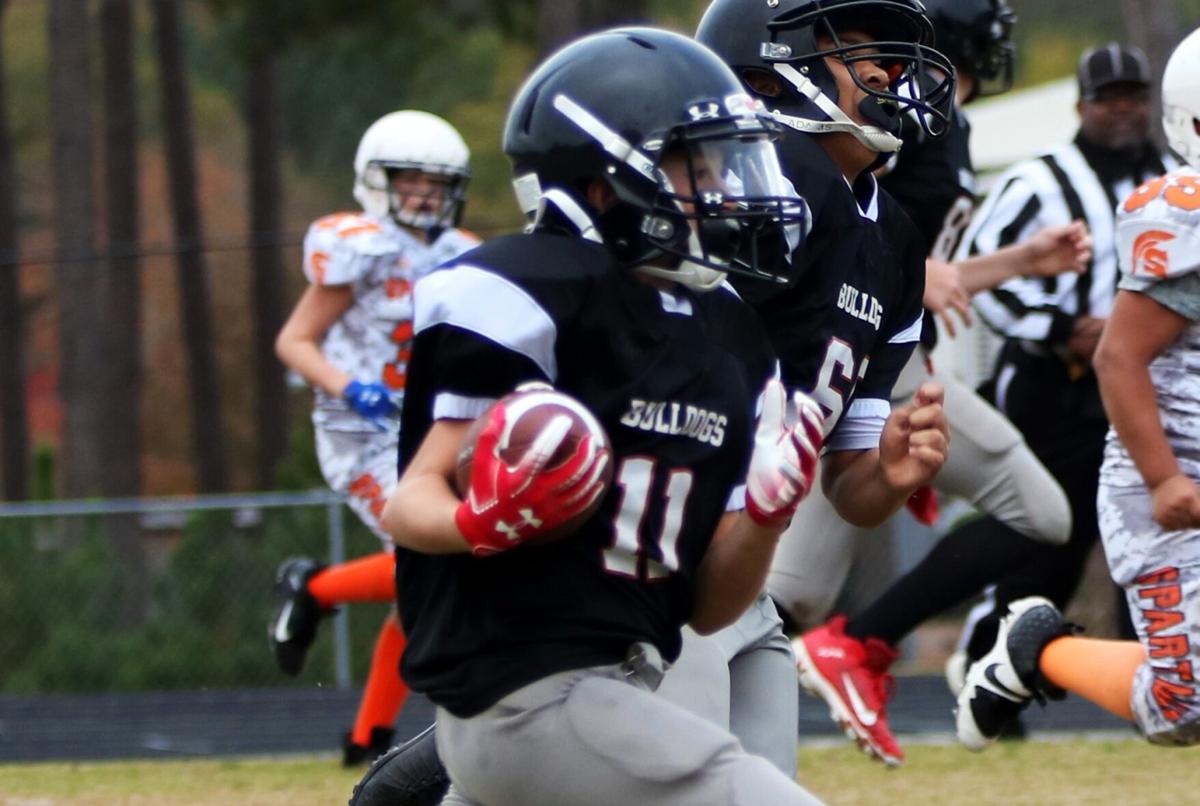 Cedartown’s Jett Abrams runs for a first down during the 6th grade team’s game against North Springs on Saturday at Doc Ayers Field. 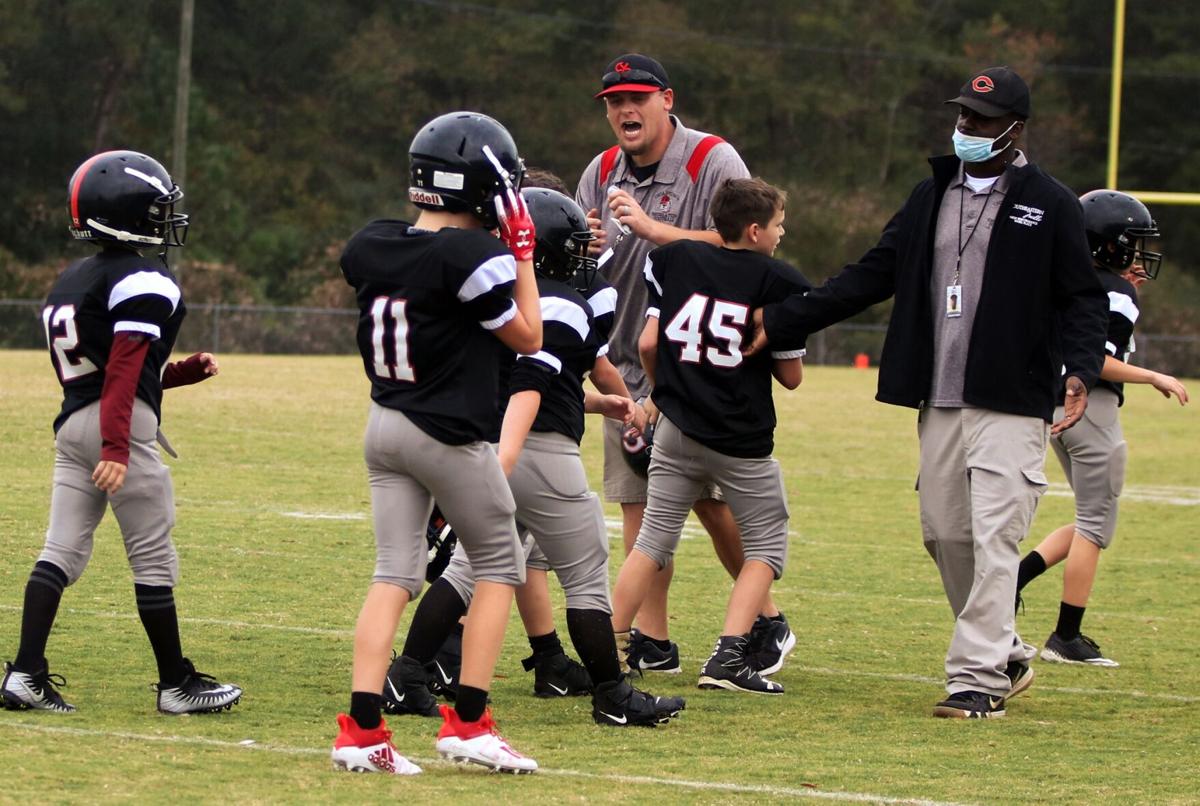 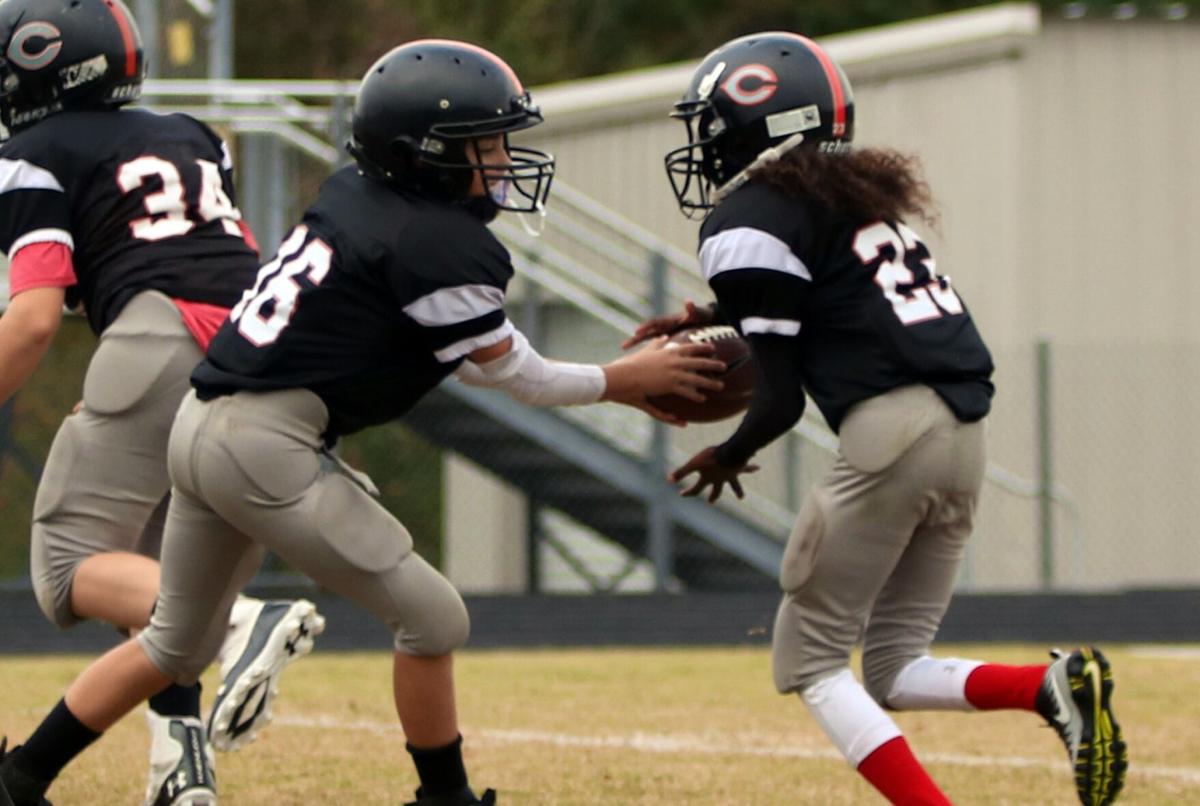 Cedartown’s Jett Abrams runs for a first down during the 6th grade team’s game against North Springs on Saturday at Doc Ayers Field.

There are some talented football players wearing the red and black on Saturdays in Cedartown this season, and they are continuing to show out as they reach goal after goal.

Cedartown’s sixth-grade and eighth-grade football teams are both undefeated this season and are set to play in the Final Four of the Georgia Middle School Athletic Association’s Division C playoffs this Saturday.

Both teams earned wins last Saturday in distinctly different ways to advance to the semifinals.

The sixth-grade Bulldogs hosted North Springs and won 46-6 thanks to a four-touchdown day from Davion Smith.

The eight-grade team, meanwhile, was set to host Lassiter in the first round but the visiting team was forced to forfeit after some players reportedly had to quarantine because of possible exposure to COVID-19.

Both Cedartown teams won their respective region’s title during the regular season, going 8-0 and earning the No. 1 seeds in the playoffs. The sixth-grade team outscored its opponents 262-38, while the eight-grade Bulldogs scored 256 points to their opponents’ 68.

This past Saturday’s sixth-grade game between Cedartown and Lassiter saw the Bulldogs’ Smith score on touchdown runs of 60, 57 and 7 yards, while capping his performance with a 70-yard punt return, all in the first half of the game.

Cedartown, which led 38-0 at halftime, also got touchdowns from Jaylen Johnson — who scored on a 43-yard run — and Zayden Puckett. Christian Ware ran in a pair of two-point conversions, while Rohan Kent, Dalton Trammell and Johnson had one each.

Both Cedartown teams are scheduled to host their Final Four matchups on Saturday at Doc Ayers Field. The sixth-grade team will play River Ridge at noon, while the eighth-grade team will take on Johns Creek at 2 p.m.