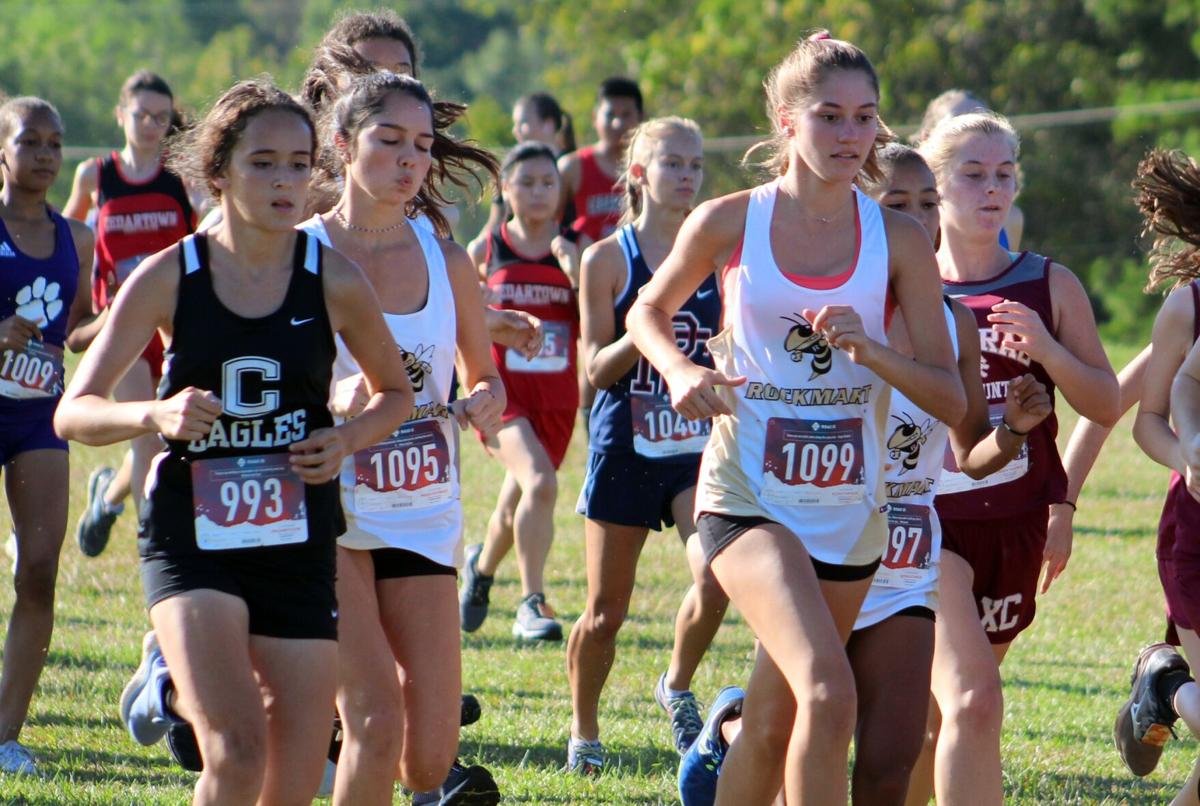 Some of Rockmart’s varsity girls runners make their way onto the course near the start of the Rockmart Invitational last Tuesday, Oct. 6, at Prospect Valley Golf Course. 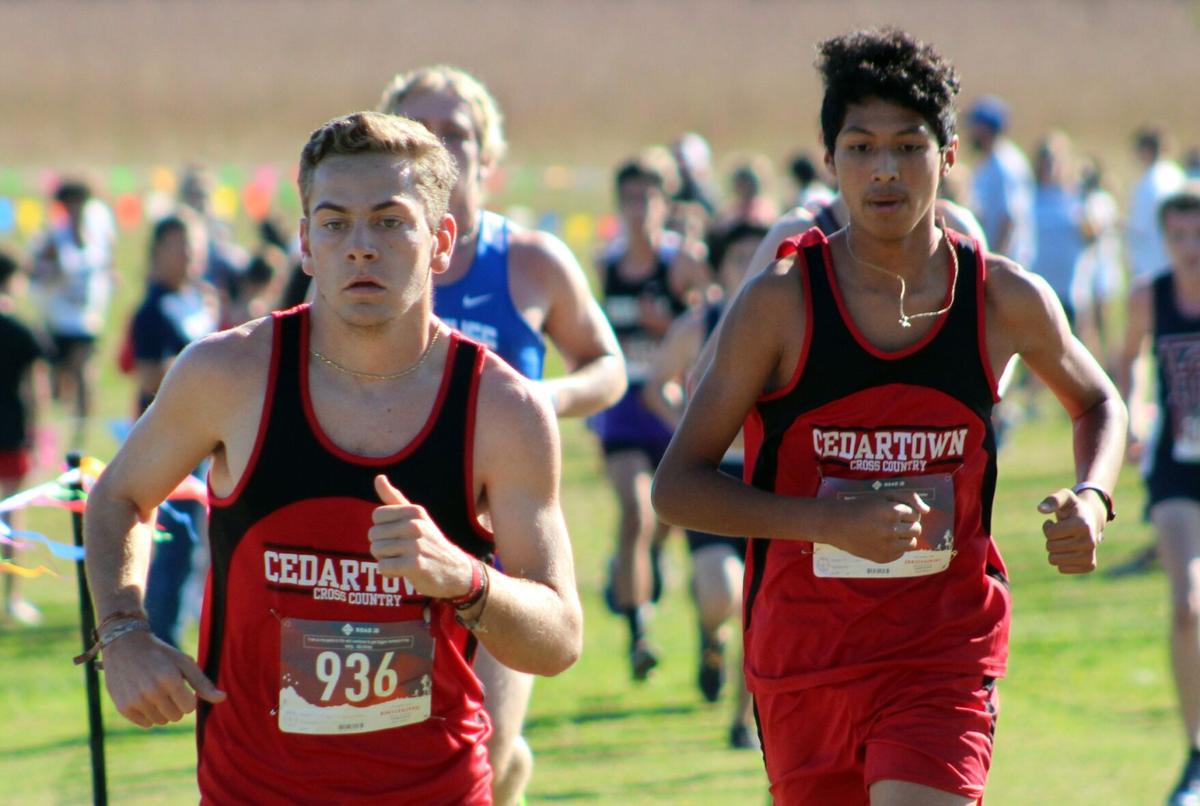 Some of Rockmart’s varsity girls runners make their way onto the course near the start of the Rockmart Invitational last Tuesday, Oct. 6, at Prospect Valley Golf Course.

Both Rockmart and Cedartown varsity cross country teams continue to push themselves as they get closer to the end of the regular season later this month.

Rockmart’s varsity girls and Cedartown’s varsity boys were the top local teams, with the Lady Jackets finishing fourth out of seven teams and the Bulldogs taking fourth out of nine. Overall, Central-Carroll won the girls’ race, while Armuchee was tops for the boys.

It was the first time the event was held at the Prospect Valley Golf Course, with runners able to take over about half of the nine-hole course in Rockmart while completing the 5-kilometer race.

Cedartown’s girls were led by McKenzie Butler, who finished 31st out of 55 runners. The Lady Bulldogs finished sixth in the team standings with 180 points.

In the JV boys race, Cedartown finished first overall and were led by sophomore Dalton Benefield, who finished second overall in a time of 19:53, and sophomore Logan Walters, who finished right behind him in third in 20:03. There were 61 runners in the race.

The next meet for both Rockmart and Cedartown was scheduled for Tuesday, Oct. 13 at 4:30 p.m. at Cedartown High School.

The Latest: WHO: Europe reaches 10M of 44M global cases

Man killed when tree fell on residence has been identified

Police: Pedestrian who was struck by car was a woman from Marietta

Imler pledges $50,000 match for donations to The Strand Theatre

Here's a list of road closures in north Fulton