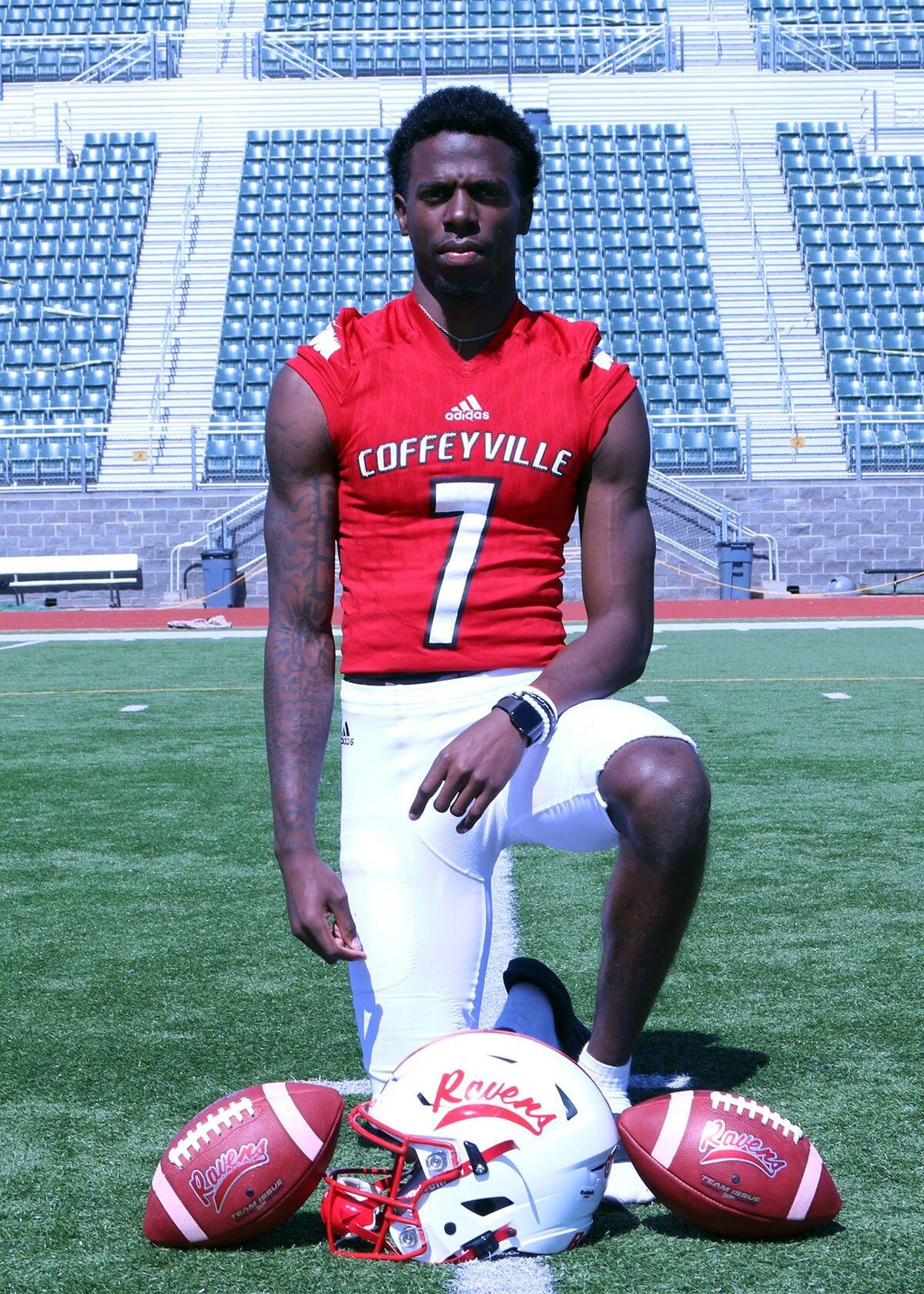 Zahquan Frazier has made an impact at Coffeyville Community College in Kansas, being named by JCGridiron as a Second-Team All-American cornerback after his first season with the Ravens. 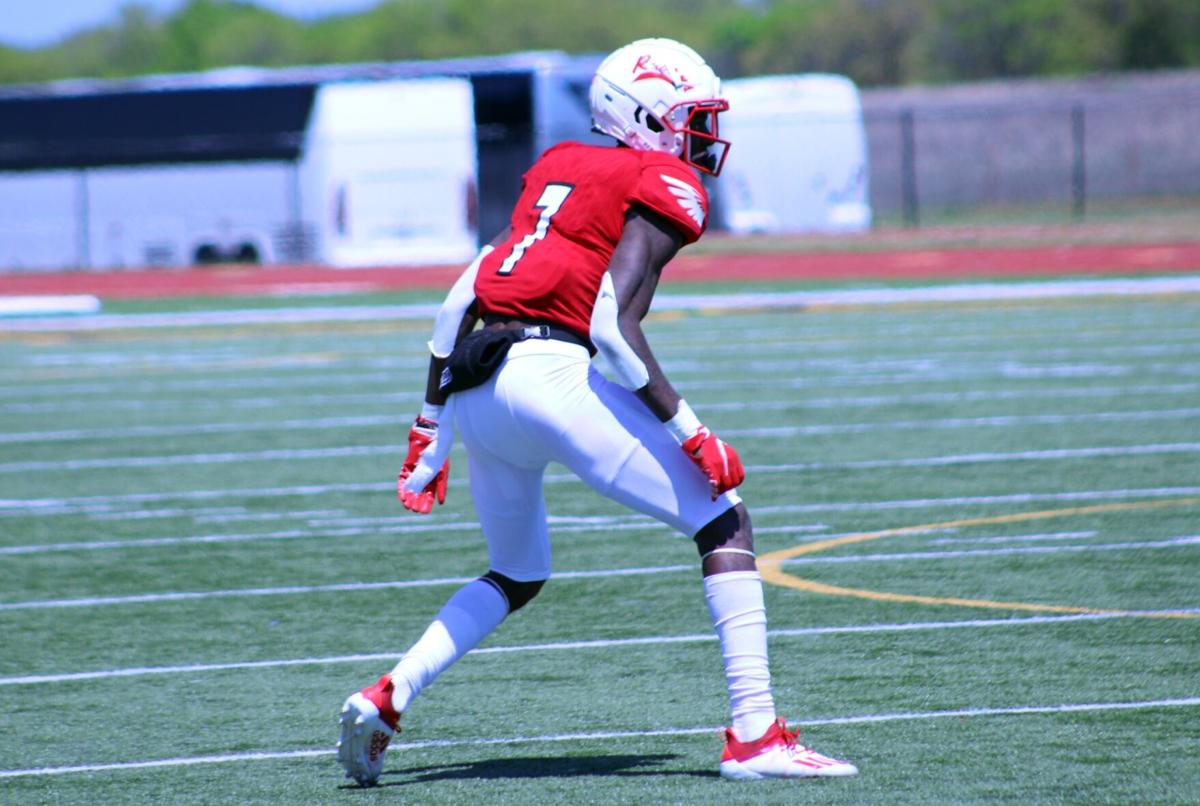 Zahquan Frazier recorded 17 tackles, three interceptions, two pass-breakups, and one tackle for loss in six games during his redshirt-freshman season at Coffeyville.

Zahquan Frazier has made an impact at Coffeyville Community College in Kansas, being named by JCGridiron as a Second-Team All-American cornerback after his first season with the Ravens.

Zahquan Frazier recorded 17 tackles, three interceptions, two pass-breakups, and one tackle for loss in six games during his redshirt-freshman season at Coffeyville.

One Polk County product earned one of the nation’s highest honors in the junior college football ranks. Recently, Zahquan Frazier of Coffeyville Community College was named by JCGridiron as a Second-Team All-American cornerback.

This accolade comes after a breakout redshirt-freshman campaign at Coffeyville, in which Frazier made a name for himself as one of the best defensive backs in the National Junior College Athletic Association.

Frazier was a standout football and basketball player during his days at Cedartown High School. Fantastic athleticism, great strength, and pure speed packed into a 6-foot-4 frame, the 2019 CHS graduate excelled on the gridiron as a wide receiver and defensive back. Numerous colleges came calling for his services to play at the next level.

Frazier signed with Southern Illinois, a Division I-FCS school in Carbondale, Ill. After playing four games for the Salukis in 2019, the Cedartown native decided to transfer from SIU to Coffeyville Community College, a member of the stout Kansas Jayhawk Community College Conference that produces numerous FBS prospects each season.

“What some people might not realize is that, in JUCO, you’re playing the best of the best,” Frazier said. “Nobody that starts in our conference is bad. Everyone is good. So, honestly, I’d say the competition is better here.”

Despite playing top-notch opponents, Frazier has been able to shine as a Red Raven.

In Coffeyville’s 2021 spring football season, which resulted in a 3-3 finish for Frazier’s squad, he recorded 17 tackles, three interceptions, two pass-breakups, and one tackle for loss. He started all six games this spring.

“Things have been going smooth at Coffeyville,” Frazier said. “It’s been a good experience. At JUCO, you’re meeting friends and becoming brothers with guys who are all trying to improve and get to the next level.”

When asked, it did not take long for the former Bulldog to pinpoint his motivations.

“I really just think about my family,” Frazier said. “I’m not just doing this for me, I’m doing it for them too.”

Frazier said that he has worked hardest on improving his footwork and physicality at the line-of-scrimmage. He hopes to get bigger and faster this summer before returning for his second and last season as a Red Raven.

Coffeyville will open their 2021 schedule with three straight home games. After hosting defending national champion Hutchinson on Sept. 4, the Red Ravens will play Dodge City on Sept. 11 and Highland on Sept. 25.

Back-to-back road trips to Butler and Fort Scott will open the month of October. Coffeyville plays their last two games at home against Garden City and Independence Community College (of Last Chance U fame) on Oct. 23 and Oct. 30 respectively.

He was actually committed to ULM for a short time earlier this year before choosing to reopen his recruitment.

Frazier visited Georgia State University in Atlanta in late June and said that the Panthers and Warhawks are two teams currently at the top of his list. He will play a second season at Coffeyville this fall before having three seasons to play at the university of his choice. Frazier plans to commit on his birthday, Oct. 5.