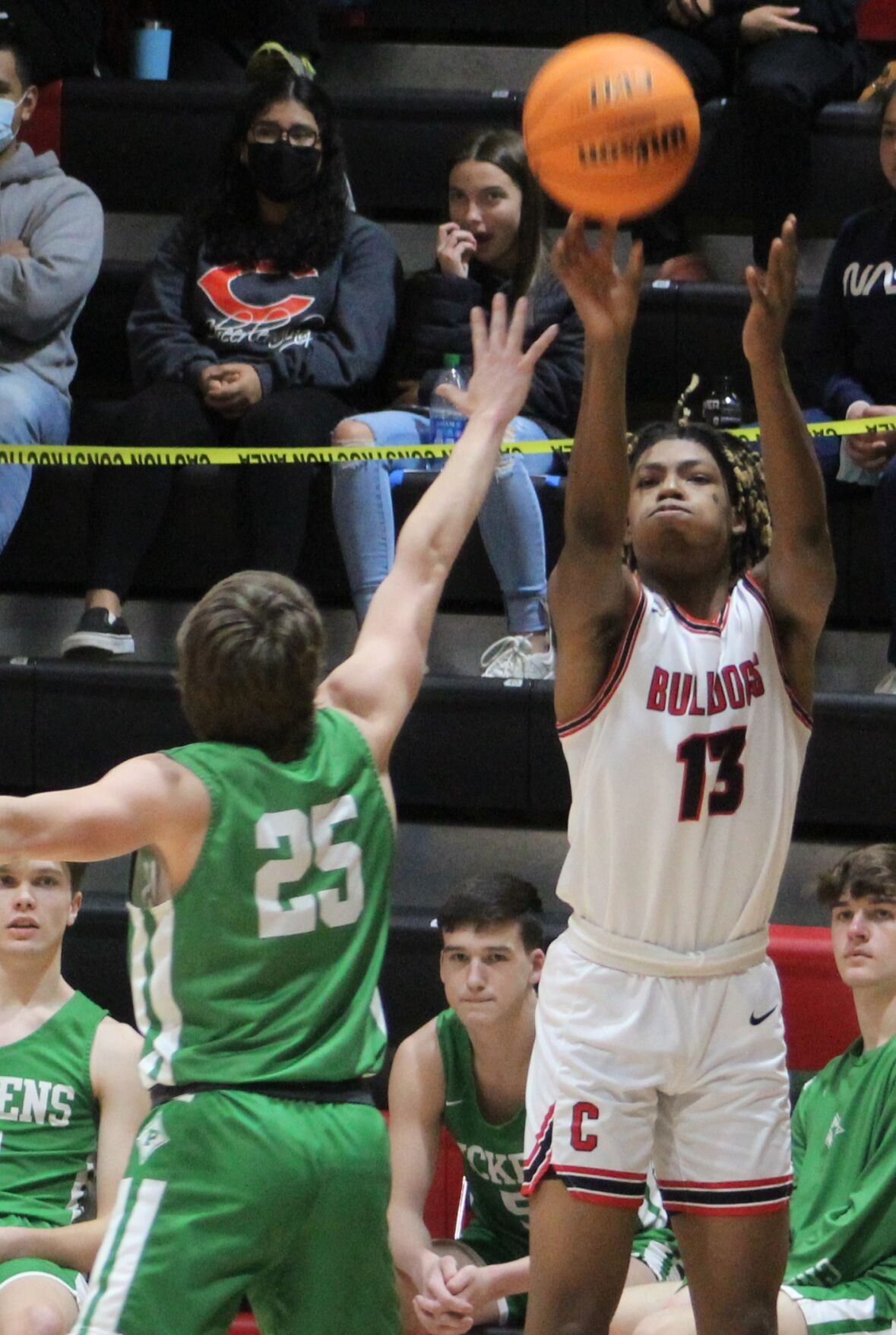 Cedartown’s Jordon Johnson (13) shoots the ball from the outside corner against a Pickens player during last Friday’s game at Cedartown High School. 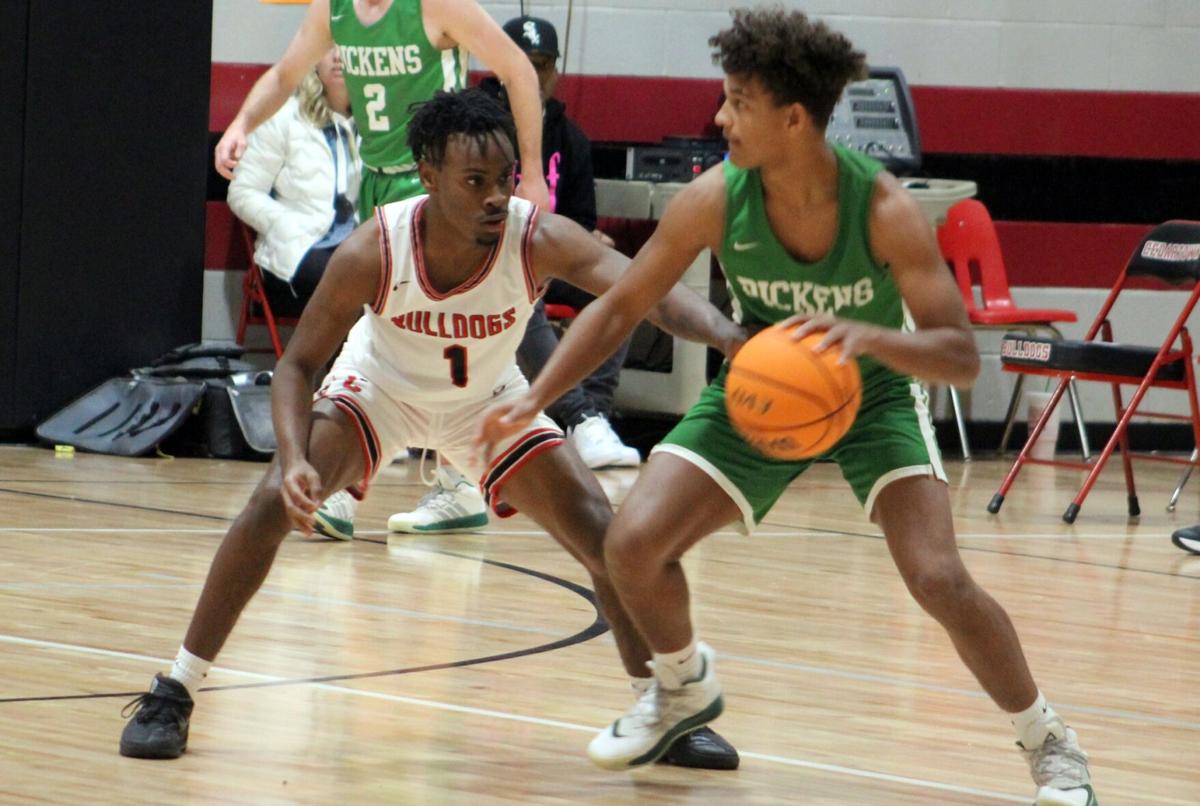 Cedartown’s Donald Knight (left) reaches inside to try and steal the ball from a Pickens player during last Friday’s game at Cedartown High School.

Cedartown’s Jordon Johnson (13) shoots the ball from the outside corner against a Pickens player during last Friday’s game at Cedartown High School.

Cedartown’s Donald Knight (left) reaches inside to try and steal the ball from a Pickens player during last Friday’s game at Cedartown High School.

It has been a tough start to the season for the Cedartown Bulldogs. Those struggles continued in their last four games.

Cedartown started the new year playing one of the most talented teams in Northwest Georgia, the Paulding County Patriots. Though the Bulldogs gave it a ride, they fell behind and could never recover in an 83-51 loss.

The Bulldogs were able to get back in the win column on Jan. 5. Cedartown picked up its second Region 7-4A win of the season as they traveled to Ridgeland and knocked off the Panthers 66-62.

Despite both sides jockeying for position late, head coach Benjie Frazier was able to outduel the Ridgeland staff and lead his squad to a big triumph. Johnson led the way again with 16 points. Holiday had 13 and Washington scored 10 points in the region victory.

Unfortunately for the Red-and-Black faithful, Cedartown’s boys faced more tough competition to round out their week of play.

It started on Friday night, as the Bulldogs fell in a tight contest with Pickens. The Dragons were able to build a comfortable lead late in the game and smothered the Cedartown offense to garner a 54-41 win.

Cedartown’s fourth game in seven days came on Saturday, Jan. 9, as it hosted a quality Cartersville team. The Bulldogs fell at Cartersville in early December when both teams were still missing starters playing with their respective football teams.

This time around both teams were at full strength and Cartersville flexed its muscles in a 73-47 blowout at the Dawg House. Jeremiah Johnson led all scorers with 18 points, while Holiday and Ronald Knight had seven points and six points in the loss.

The Canes did not receive any massive scoring outbursts, but rather were led to victory by a consistent scoring attack by players like Kolbe Benham (13 points), Amarai Orr (12), and Kam Callahan (12).

Frazier and company will try to put this disappointing week behind them, as their squad now sits at 3-8 overall. The good news is that Cedartown is 2-2 in region play, currently good enough for fourth in the standings.

Their next chance to hit the floor will be Tuesday as the Bulldogs travel to take on region foe Heritage-Catoosa. Cedartown finishes this week with two games at home — hosting Southeast Whitfield on Friday before playing Central-Carroll on Saturday at Cedartown High School.