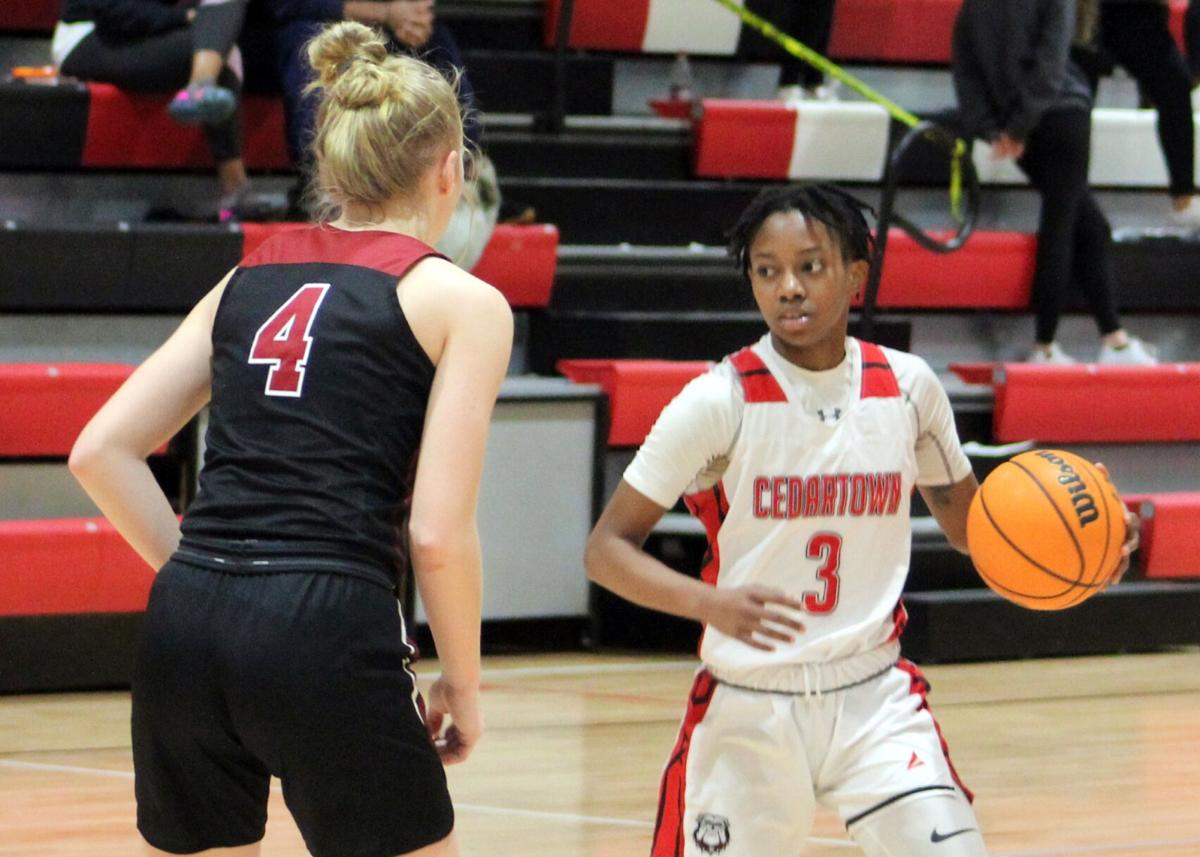 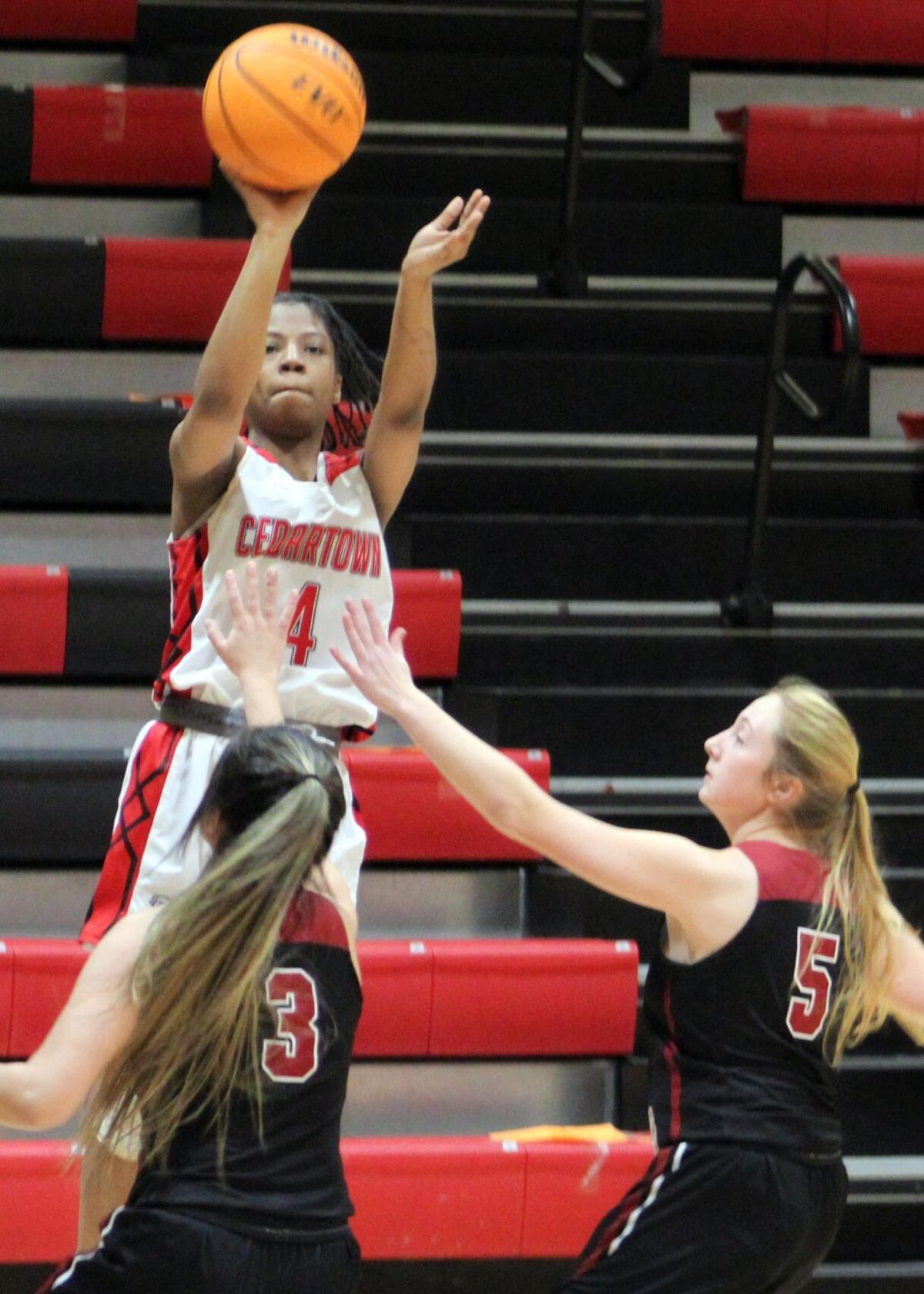 2020 was a year of change for Cedartown girls basketball. Not only did the Lady Bulldogs have to move from the Region 5-4A of old to the new Region 7-4A, but they also had to do it under a completely new coaching staff.

Despite all the challenges the new season brought forth, head coach Levi Wigley was able to guide Cedartown’s girls to the state playoffs for the third year in a row.

The Lady Bulldogs went 1-2 at last week’s Region 7-4A Tournament but won their opening round game to qualify for the postseason.

Cedartown faced Southeast Whitfield in a first-round matchup on Feb. 15, and the Lady Bulldogs shined in a game played on their home floor to win 62-31.

Cedartown raced out to an 18-8 first period lead before outscoring the Lady Raiders 20-11 in the second stanza. Like the two regular season meetings that went in Cedartown’s favor, Southeast Whitfield found some success against the backups in the second half but the game’s result was never in question.

“I was proud of the effort. Something we’ve been talking about all week in practice is this is a new season. We’re 0-0, they’re 0-0. You win, you keep playing. You lose, you go home. I think we were focused tonight. We came out and played hard, and was able to kind of put it away early,” Cedartown coach Levi Wigley said.

Seniors Qiana Watson and Keke Turner led the way for Cedartown, with Watson sinking three 3-pointers on the way to a game-high 16 points, while Turner finished with a pair of treys and 14 points.

Turner was voted the 7-4A Girls Region Player of the Year by region coaches last week, while Watson was named to the all-region team. Wigley said having the duo to help lead them on the court has been critical.

“I’ve told them all year, as they go, we go. They’ve got to be out front and they’ve stepped up to that challenge. They got a lot of steals and they give us that athleticism on defense, to put pressure on people, and they played a good game,” Wigley said.

It would not get any better for CHS, as junior forward Emma Allen led the Lady Bruins with a 25-point performance in the 22-point win. Cedartown’s leading scorer was Turner with 17 points. Watson added eight points and Brumby tallied four points and three rebounds.

Following the semifinal loss, the Lady Bulldogs were relegated to the loser’s side of the bracket and faced Heritage-Catoosa in the consolation finals. The two teams split their regular season matchups and had a solid contest in Tunnel Hill on Saturday as well.

The Lady Generals took a 25-20 lead into halftime, but never truly created any separation until late in the third period. Cedartown came back from trailing by as many as 10 points to work it to a 39-32 game at the end of three, but the Lady Generals outscored the Lady Bulldogs 10-7 in the fourth to earn a 49-38 victory.

Turner once again showed out, scoring 21 points against Heritage-Catoosa. Brumby finished with eight points, but nobody else scored more than one basket for the Lady Bulldogs.

Cedartown (14-8) finishes as the four-seed out of Region 7-4A. The Lady Bulldogs face stiff competition in the opening round and will travel to east Atlanta to play Marist (20-3) on Tuesday.

The Lady War Eagles are considered the No. 8 team in Class 4A and defeated Cedartown 65-21 in the opening round of the playoffs last year.

Georgia sheriff wants armored vehicle because of Navy base