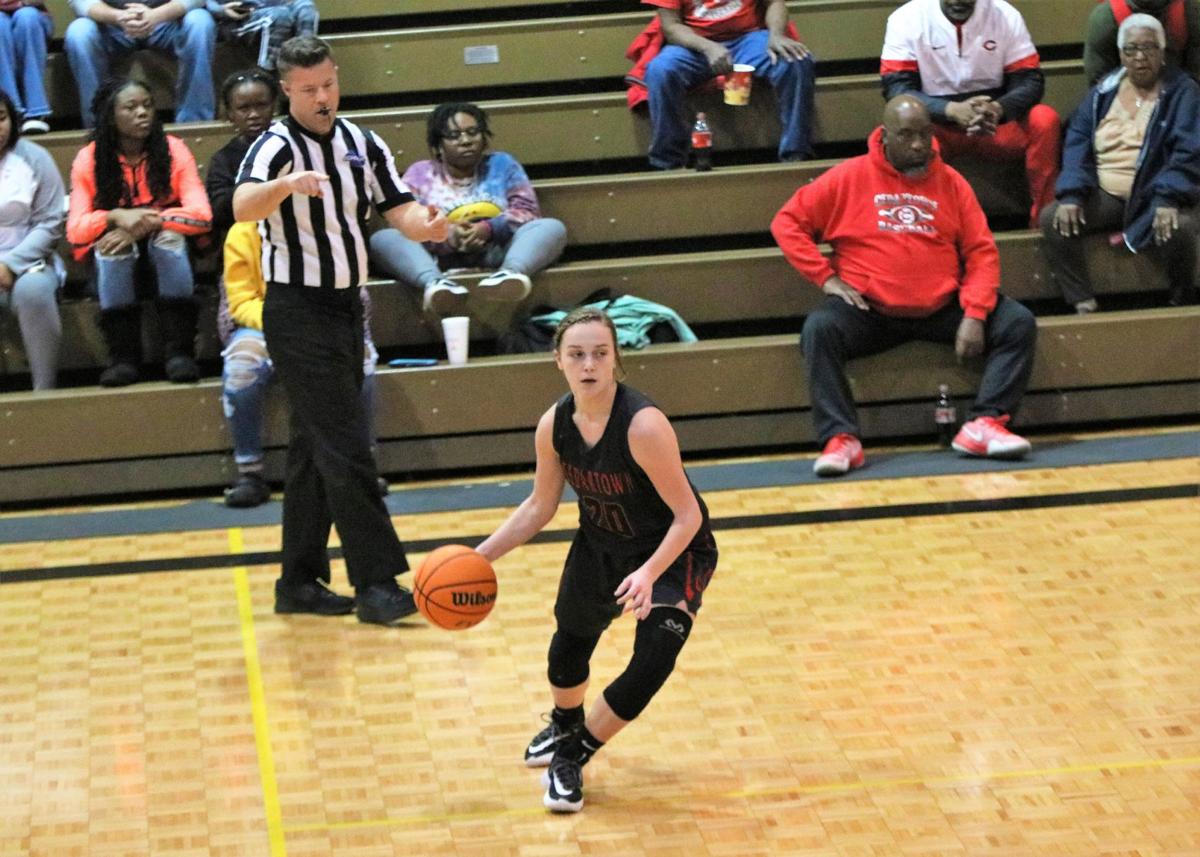 Cedartown's Kam Cochran takes the ball on the offense against Bremen in the Rockmart Christmas Tournament. 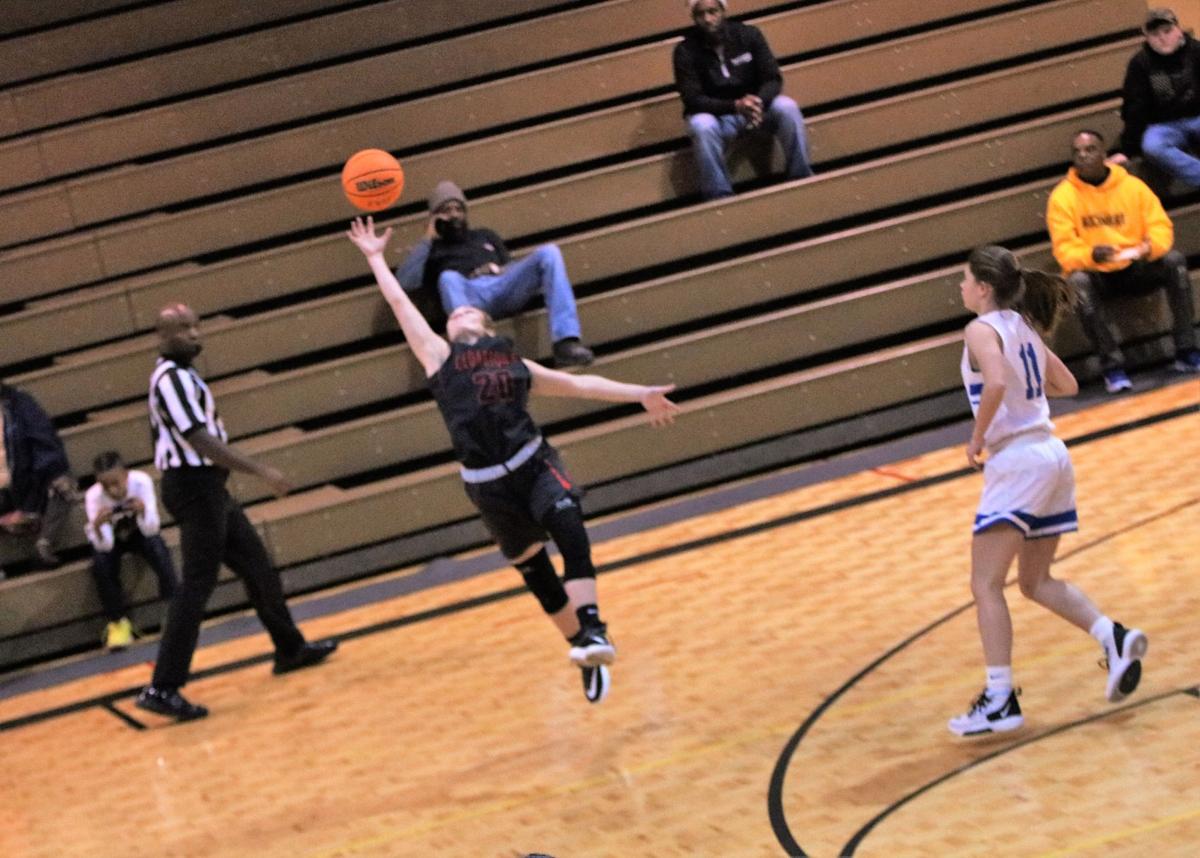 Cedartown's Kam Cochran goes for an errant ball against Bremen at the Rockmart Christmas Tournament on Dec. 20. 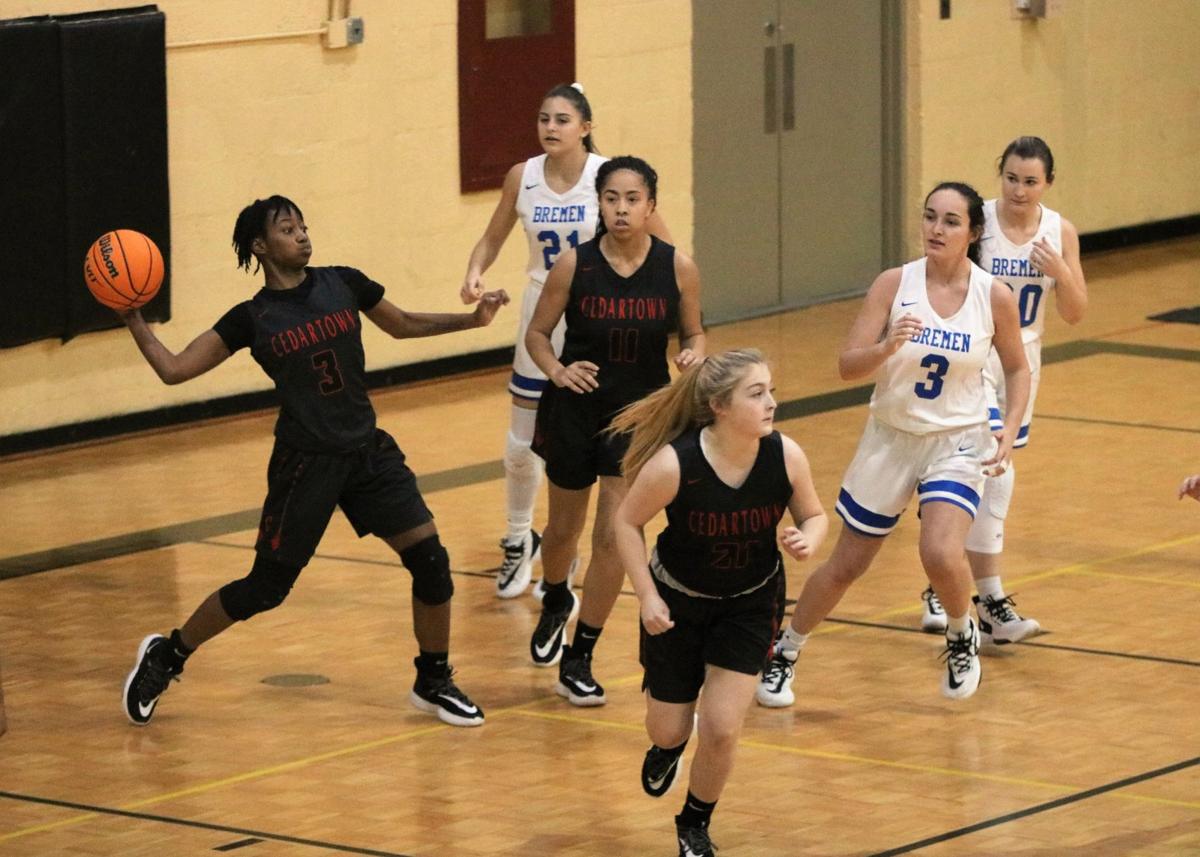 Big passes downcourt were part of the strategy of the Lady Bulldogs against Bremen at the Rockmart Christmas Tournament on Dec. 20.

Cedartown's Kam Cochran takes the ball on the offense against Bremen in the Rockmart Christmas Tournament.

Cedartown's Kam Cochran goes for an errant ball against Bremen at the Rockmart Christmas Tournament on Dec. 20.

Big passes downcourt were part of the strategy of the Lady Bulldogs against Bremen at the Rockmart Christmas Tournament on Dec. 20.

Cedartown bounced back in a big way on Friday evening.

Only a day after falling to Sonoraville in the first round of the Rockmart Christmas Tournament, the Lady Bulldogs rebounded to knock off Bremen 46-38. The eight-point victory advances Cedartown to the Consolation Championship (5th Place Game) today.

The second round matchup was a close one throughout. An action-packed first period came to a close with an 11-8 advantage in favor of Cedartown.

In the second period, though, Cedartown’s defense stood tall. The Lady Bulldogs allowed only two baskets and six total points to the Lady Blue Devils in the second while scoring 17 of their own. Midway through Cedartown led 28-14.

Bremen had to play solid basketball in the third period to avoid letting the game get out of hand. Fortunately for the Lady Blue Devil faithful in attendance, they did just that. Bremen’s defense smothered Cedartown by allowing only four points in the third interval. Through three periods, CHS led 32-27.

The fourth period decided how the game went on Friday afternoon. Though Bremen did a good job to stick with Cedartown, the play of the Lady Bulldog offense down the stretch is what allowed Cedartown to pull away for the win. Freshman Kam Cochran- in her first career varsity start- contributed five points in the clutch to deliver her team a 46-38 triumph.

As for Bremen (3-10), Alli Augustin led all scorers overall with 18 points in their loss. Nobody else scored more than 10, which was how many points Mary House scored.

As Cochran said while being interviewed by WGAA Radio after the game, “I couldn’t have done this without Coach Gambrell. He did a great job getting me and my teammates open today,” said Cochran. “I’m glad I was able to come out here and help my team today.”

Coach Gambrell, on the other hand, said that there is definite room for improvement. “I’m proud of my girls but that was not our best effort,” said Gambrell. “We played well against Bremen but we still need to improve. If they can keep giving their best effort and buying into the system, this could be a great season.”

Cedartown (2-2) girls basketball is back at it today in the Consolation Championship Game. They were taking on Central Gwinnett (5-10) at 1 p.m. at Rockmart High School. For those unable to make the drive to RHS, they can tune into the broadcast on WGAA Radio (106.1 FM, AM 1340, and WGAARadio.com).

Protests in the long term: How is a lasting legacy cemented?