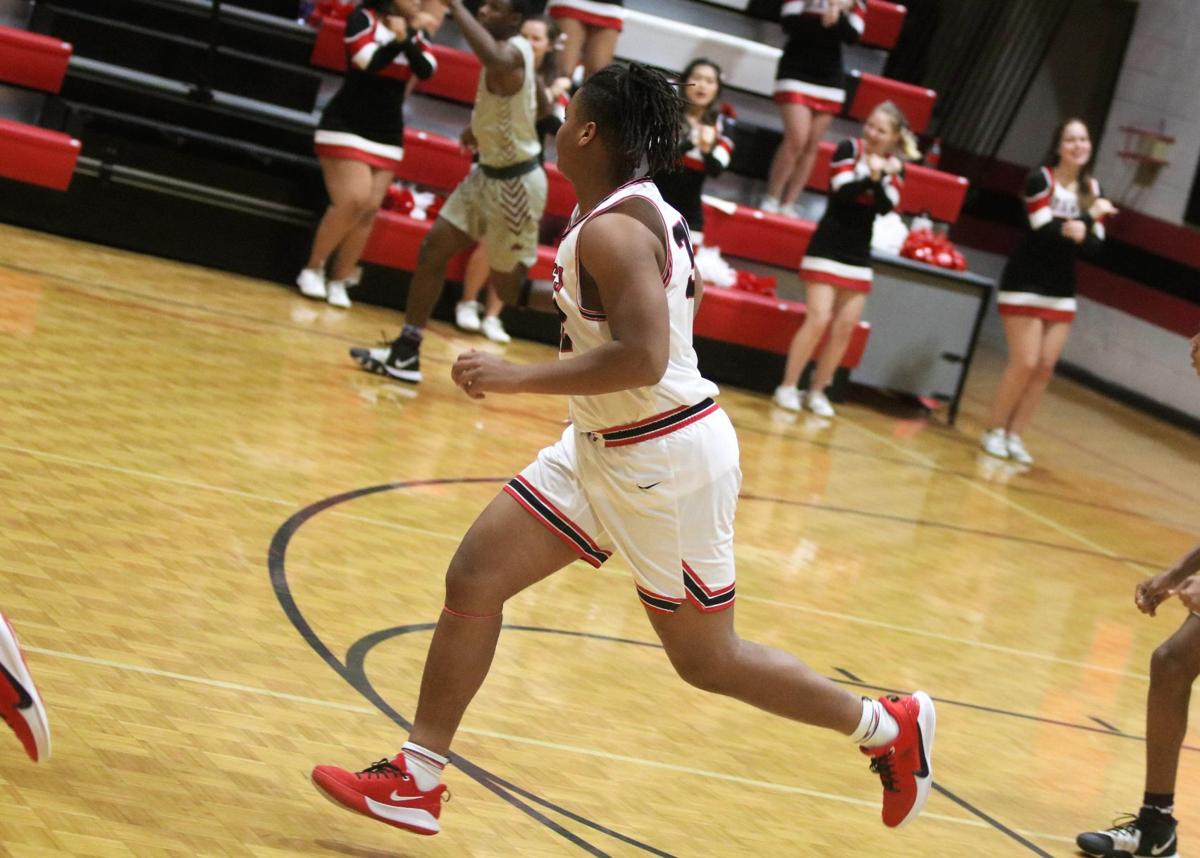 The Cedartown Bulldogs played against Central on Monday in the region tournament play-in game. 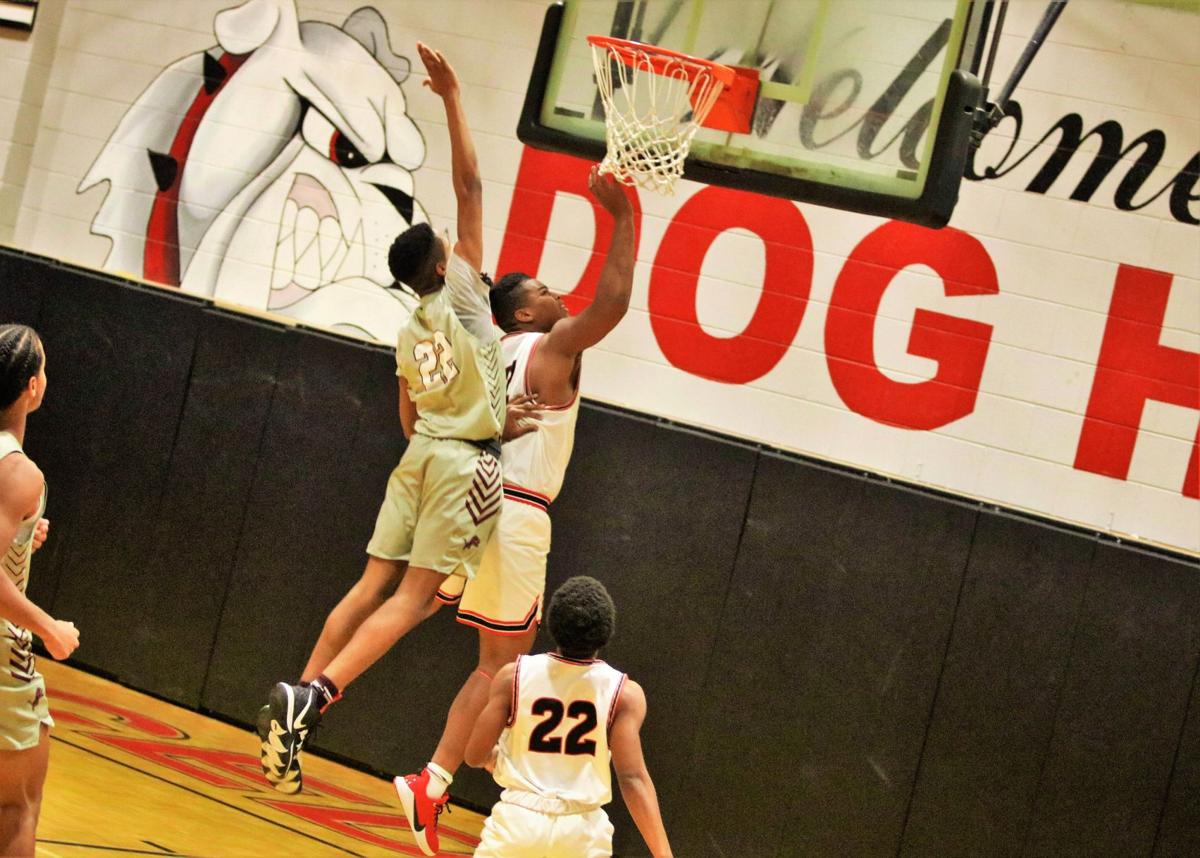 The Cedartown Bulldogs played on Monday against Central Carroll in the region tournament.

The Cedartown Bulldogs played against Central on Monday in the region tournament play-in game.

The Cedartown Bulldogs played on Monday against Central Carroll in the region tournament.

The Cedartown Bulldogs boys basketball team had their season end on in the Region 5-4A Tournament in recent days.

Although Cedartown failed to return to the playoffs after clinching a postseason spot in 2019 for the first time in ten years, it is still hard to view this season as anything other than a success. The Bulldogs finished the year 12-11 overall and 4-8 in region play, earning only their second winning record under Head Coach Benjie Frazier despite a tournament loss on Feb. 5.

The squad tipped off the season with a 68-52 win at Coosa on Nov. 26. After a tough home loss to South Paulding in late November, Cedartown won two straight- first, they defeated Rome by 13 at their place, then they knocked off Temple in overtime.

In their first meeting with Rockmart on Dec. 14, the Bulldogs blew out the Jackets by 22 points, winning by a final score of 74-52.

In the Rockmart Christmas Tournament, Cedartown came seconds away from upsetting 7A Cherokee before falling in double-overtime to a top-ten team in the state’s largest classification. After blowing out Bremen by 41, CHS upset Furtah Prep by 3 points to win the Consolation Championship of the tournament.

Unfortunately, the Bulldogs were unable to ride that wave of momentum into region play. Cedartown started 0-2 versus Region 5-4A opponents after close losses to LaGrange and Cartersville. Cedartown picked up their first region win in a 71-55 shellacking of Central before falling by 24 to no. 1 Sandy Creek. After another overtime loss to Chapel Hill, Cedartown fell in a one possession heartbreaker at LaGrange 51-48.

Then, all of a sudden, it seemed Cedartown was back on fire. CHS crushed Troup County 67-51 before beating Central 56-48 on the Lions’ Senior Night. In the following game, Cedartown held off Rockmart to win 49-46 at the Rock and sweep the Jackets for the first time in a while.

As hot as the Bulldogs were, though, they cooled off quickly. A shocking 60-36 defeat at Troup County on Jan. 28 seemed to send Cedartown spiraling as region play drew to a close. Cedartown fell in blowout fashion to Sandy Creek before dropping their Senior Night game against Chapel Hill 57-52.

As it played out, Cedartown — who at one point looked like a for-sure four-seed in the Region Tournament — wound up dropping to sixth in the region. The Bulldogs beat Central in the Region 5-4A Play-in Game on Feb. 3 before traveling to LaGrange for a chance to defeat the team who swept them in 2020.

The hometown Grangers did not allow that to happen and, even though Cedartown played them close, a big final period for LaGrange ended the Bulldogs’ season.

CHS finished the season with 12 wins and 11 losses in 2019-20. Several players stepped up massively for the Bulldogs this year. Star junior Jayden Johnson earned All-Region second-team honors this season, while junior Jeremiah Johnson and sophomore MJ Holiday were named to the Honorable Mention team.

The program will bid farewell to five seniors who gave their blood, sweat, and tears for Cedartown over the course of four seasons. Seniors moving on include DJ Frazier, Jadon Powell, Kingston Tolbert, and Jashadd and Jaquad Woodall.

Despite these departures, the Bulldogs will return a plethora of production in 2020-21. Coach Benjie Frazier has the cupboard full for a possible playoff run next season.

Plus, with the Bulldogs adventuring to a new region without annual powers like Sandy Creek, Cartersville, Chapel Hill, LaGrange, and Troup County, who knows what the future holds for Cedartown basketball?