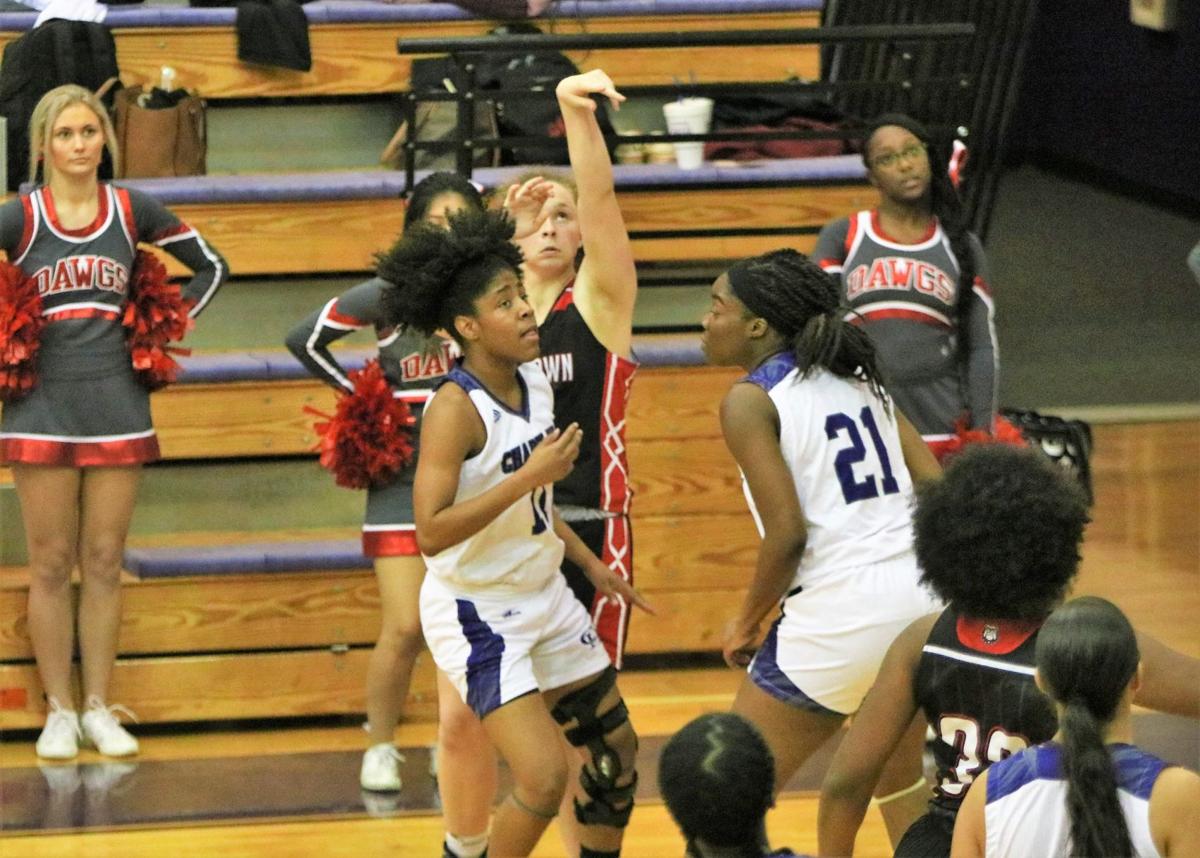 MaryCille Brumby goes up for a 3-pointer for the Lady Bulldogs in a win over Chapel Hill on the road on Jan. 17. 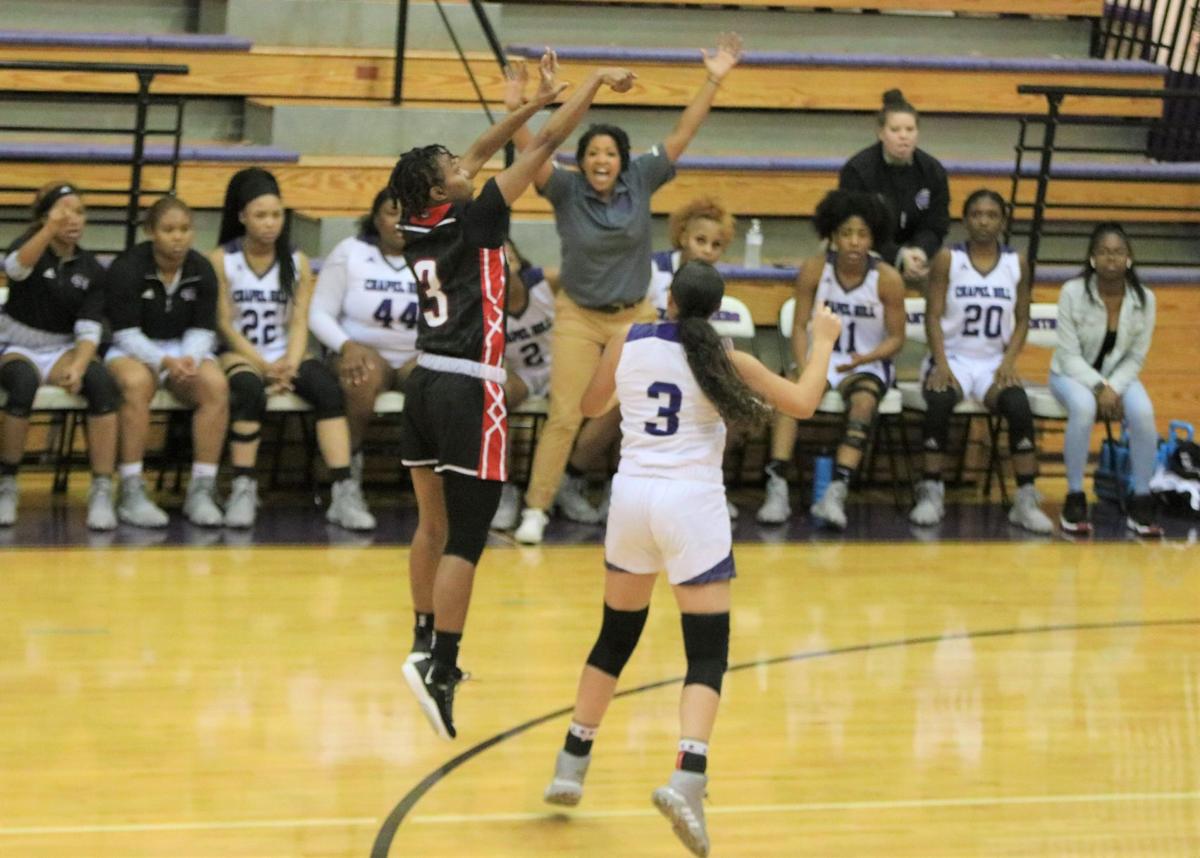 Keke Turner looks for a long shot against Chapel Hill’s defense during a close win on the road on Jan. 17. 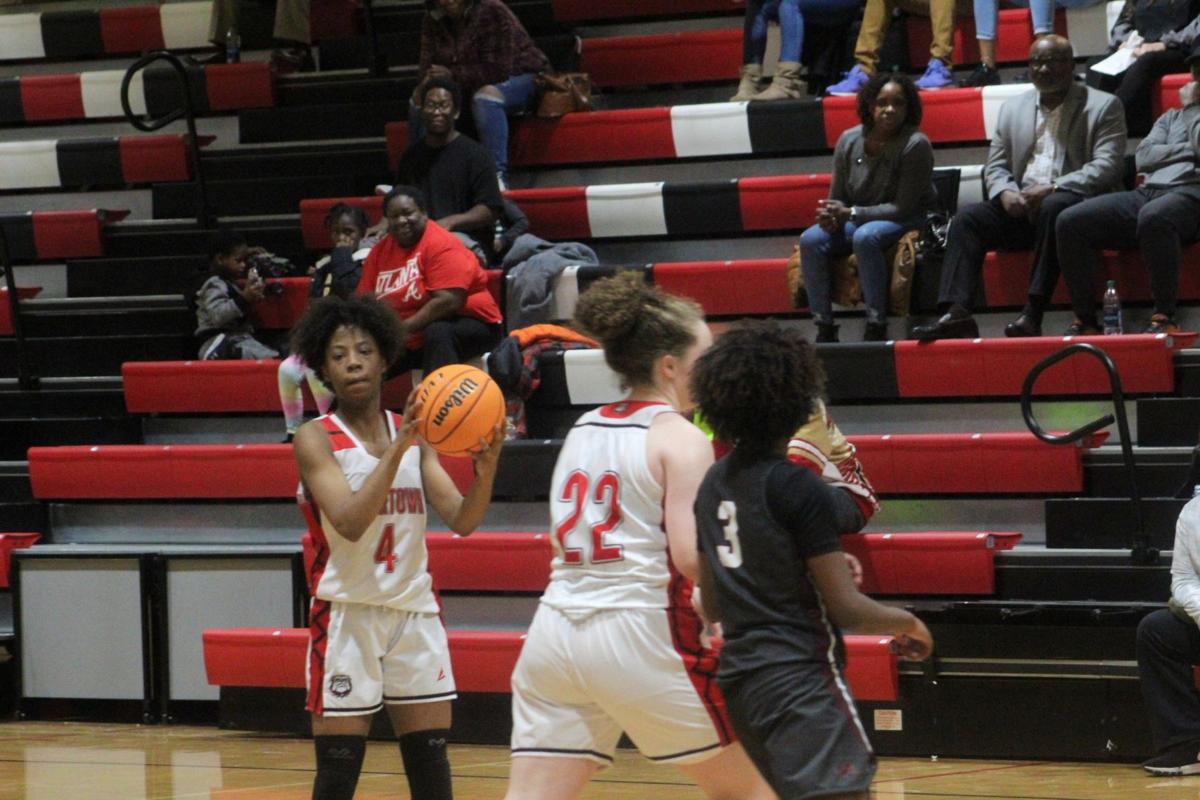 The Cedartown Lady Bulldogs’ Qiana Watson looks for an open player against Central at home on Jan. 7.

MaryCille Brumby goes up for a 3-pointer for the Lady Bulldogs in a win over Chapel Hill on the road on Jan. 17.

Keke Turner looks for a long shot against Chapel Hill’s defense during a close win on the road on Jan. 17.

The Cedartown Lady Bulldogs’ Qiana Watson looks for an open player against Central at home on Jan. 7.

2020 was a continued step in the right direction for Cedartown Lady Bulldogs basketball.

Although CHS saw their fifth season under Head Coach Eddie Gambrell come to an end in blowout fashion on Friday night, it is still hard to view 2019-20 as anything other than a success. The Lady Bulldogs finished the season 11-13 (6-6) and earned a second-consecutive playoff spot for the first time in recent history.

Cedartown started their season with a huge win over South Paulding on Nov. 29. The 67-34 triumph would be CHS’s only game for around two weeks due to cancellations and postponed games. When Cedartown got back in action, they seemed to play a little off. The Lady Bulldogs lost 54-50 to Rockmart on Dec. 14 before falling 61-43 to Sonoraville in the first round of the Rockmart Christmas Tournament on Dec. 19. Fortunately, Cedartown bounced back to beat Bremen 46-38 and Central Gwinnett 49-42 to earn the Consolation Championship of the Rockmart Christmas Tournament.

Prior to the start of the new decade, Cedartown would participate in the Haralson County Invitational. After a buzzer-beating three-pointer by Kam Cochran sent them to overtime, Cedartown upset Bowdon on a last-second game-winning shot by Keke Turner. The 50-49 triumph sent CHS to the tournament championship, where Cedartown fell in overtime to Alabama powerhouse Spring Garden 71-66 in a game where CHS led for much of the contest.

The Lady Bulldogs started out 2020 with two key region victories: they beat Cartersville 42-39 before knocking off LaGrange 49-40. After a 49-43 setback against Central, Cedartown fell to Sandy Creek 46-36. CHS then picked up three region wins in-a-row: they beat Chapel Hill 49-37, Cartersville 39-32, and LaGrange 53-52. Sadly, this momentum would not carry over in their next contest, where Cedartown fell 47-37 to undefeated Troup County at home.

This loss was the start of a five-game losing streak for the Lady Bulldogs. After losing to Troup, Cedartown fell to Central 43-38 in a close heartbreaker. CHS was beaten by Rockmart 65-46 before getting blown out at Troup County 58-32. Sandy Creek pummeled Cedartown 63-42 to put CHS in a must-win situation entering their final region game.

Coach Eddie Gambrell had his girls ready to play in crunch time. Cedartown’s defense shut-out Chapel Hill in the fourth period to beat the Lady Panthers 50-26. The Lady Bulldogs then beat Chapel Hill again in the Region 5-4A Tournament, 39-28, to earn a playoff spot for the second straight year.

After losing to Troup County and Central to round out the tourney, Cedartown was named the four-seed of Region 5-4A heading into the playoffs. CHS was matched up with Region 7-4A’s champion, the Marist Lady War Eagles. The no. 7 ranked team in 4A thumped Cedartown 65-21 to end their playoff run.

Cedartown finished with year with 11 wins and 13 losses. The Lady Bulldogs went 6-6 in region play over the course of the season. Keke Turner was named a first-team All-Region player while Qiana Watson and Kamryn Frazier picked up All-Region honorable mention honors.

CHS had a fantastic season in 2019-20. The best part is that most of the contributions will return in 2020-21. The only Lady Bulldog graduating will be the aforementioned Kamryn Frazier, meaning that 4/5 starters for Coach Gambrell will be back for another season.

With a new region and the same faces on the floor for Cedartown, who knows what the future could hold for Lady Bulldog basketball?

The Latest: Boxer Mayweather set to pay for Floyd’s funeral