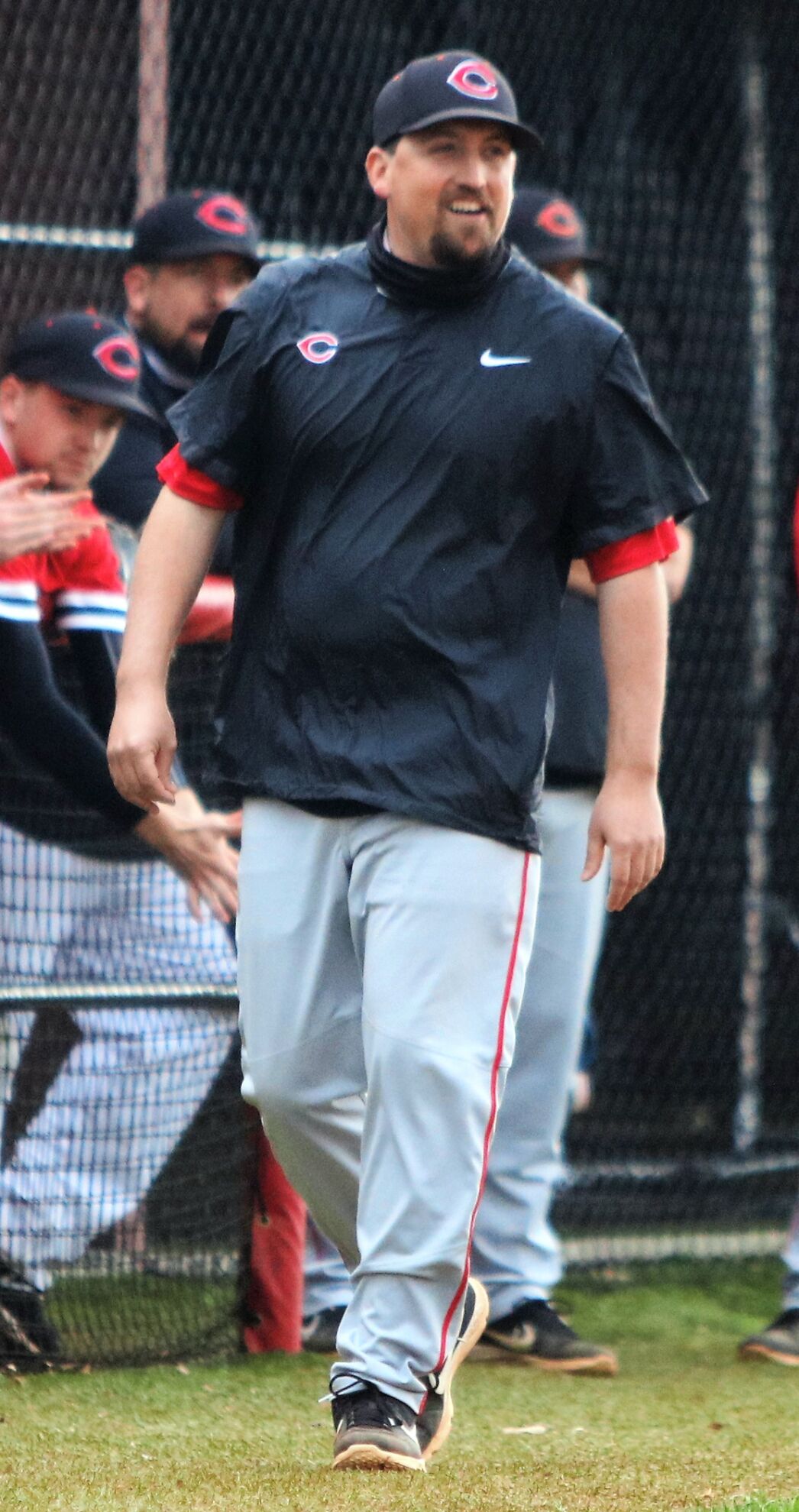 Cedartown baseball coach Gevin Johnson and the Bulldogs come into the week 6-0 in region play after sweeping Central-Carroll in a series that saw three games finished on Friday night. 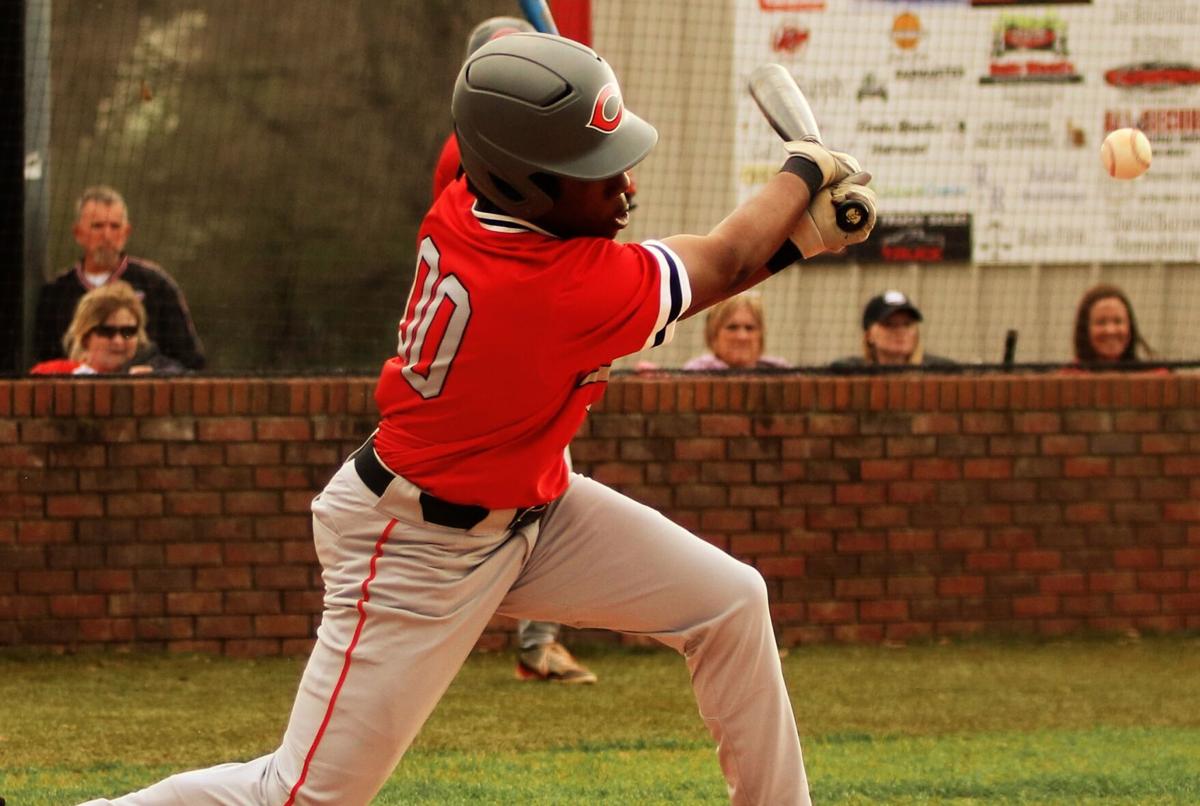 Cedartown’s MJ Holiday connects with the ball for a hit during a game against Central-Carroll on Monday, March 15, 2021, at Cedartown High School.

Cedartown baseball coach Gevin Johnson and the Bulldogs come into the week 6-0 in region play after sweeping Central-Carroll in a series that saw three games finished on Friday night.

Cedartown’s MJ Holiday connects with the ball for a hit during a game against Central-Carroll on Monday, March 15, 2021, at Cedartown High School.

In one of their most unorthodox weeks in recent memory, the Bulldogs shined.

Cedartown baseball was able to generate three Region 7-4A victories last week to sweep the Central-Carroll Lions and move to 6-0 in league play.

The Bulldogs and Lions were originally scheduled to start the series at Cedartown High School on Tuesday, March 16, but last week’s poor weather forced the two sides to move the matchup in Polk County a day earlier.

The Lions struck for one run in the first inning, but defensive miscues in the home half of the first allowed Dylan Cupp and Cade Dingler to score and give the Bulldogs a 2-1 advantage. Central-Carroll would not go away quietly. The Lions took the lead thanks to a two-run third inning before Cedartown tied it in the bottom of the third as Reece Tanner worked his way around the bases and came home.

A home run from Gage Gray put Central-Carroll back on top in the fourth inning and they would hold onto that 4-3 lead for much of the game. It was not until the bottom of the seventh inning — do or die time for the Bulldogs — that Cedartown would respond.

Down to their final out, Corben Cuzzort was able to reach on an infield single that scored Tanner from third, tying the game and sending it to extras.

The following inning, though, lightning entered the area and forced the umpires to suspend the game. The two sides decided to finish Monday’s game after the doubleheader at Central High School on Friday.

The first game on Friday was another classic. Cedartown picked up two runs in the top of the second inning as a double from Cupp scored Cade Dingler and Britt Baxter. Central-Carroll scored three runs in the next two innings and controlled a 3-2 advantage. In the top of the fifth, Dingler returned the favor for Cupp and brought him home on a single.

For the second time in two games, the two southernmost squads in the region were heading to extras. But in this matchup, Cedartown would not waste any time. Dingler worked himself into scoring position after a double and an error by the Lions allowed Zane Barrow to reach and Cade to score.

A one-two-three bottom of the eighth signaled the end of a 4-3 Bulldogs victory in game one of the “tripleheader.”

Cupp was 3-for-4 with two RBIs and one run scored while Cade Dingler was 3-for-4 with one run batted in and one run. MJ Holiday, Denver Nale, Eli Barrow, and Cuzzort all record hits in the game. Although the bats for the Bulldogs were the key to winning late, it was their pitching and solid defense that served as the key to the victory.

Game 2 was not quite as close. Four walks and three base hits in the first inning allowed the Bulldogs to jump out in front 5-0, a lead they would never relinquish. Cedartown scored in every inning, plating one in the second, three in the third, and two runs each in the fourth and fifth frames.

Central-Carroll only managed three runs in two innings, falling to the Bulldogs in a 13-3 rout in five innings.

Dingler, who pitched two innings as the starting pitcher, struck out two on the mound and allowed one earned run on two hits and one walk. Holiday threw three innings in relief, striking out two and surrendering just one hit and three walks.

After the second game finished around 10 p.m. Friday night, the two coaches met with umpires and decided to finish Monday’s game. The Bulldogs squandered a scoring opportunity in the eighth inning, but Tanner recorded three quick outs in the top of the ninth to bring Cedartown’s bats back to the plate.

Holiday and Dingler got aboard via walks, and with two outs, senior Corben Cuzzort registered the biggest hit of his varsity career. Down to his final strike, Cuzzort offered at a fastball and crushed it to right centerfield. His stroke burned the centerfielder, who watched the baseball drop at the warning track and give Cedartown a 5-4 victory and a second-consecutive region sweep.

Cuzzort was 3-for-3 with two RBIs and was a massive part of the narrow triumph. Tanner finished 1-for-4 with two runs while Cupp added one run in a 1-for-5 day at the plate. Cole Dingler and Holiday also scored in the win.

Tanner pitched five innings, giving up three earned runs on five hits and five walks. He also recorded three strikeouts against Central-Carroll. Jackson struck out two batters in two innings and Holiday picked up one strikeout in one inning.

Following the region sweep of the Lions, the Bulldogs improved to 9-4 on the season and 6-0 in region play. Cedartown has won seven of its last eight games and will have a huge test this week as they take on region favorite Northwest Whitfield.

The Bruins are ranked in the top ten in Class 4A and are led by junior left-handed pitcher Cade Fisher, a Florida commit.

Cedartown was set to travel to Tunnel Hill to open the series on Tuesday evening, with the Bruins scheduled to make the long drive south to Polk County for a region doubleheader on Friday, with games slated to start at 5:30 p.m. at Cedartown High School.

Panthers bet on talented underachievers at deadline with low-risk moves

Back on air after Sharon Osbourne got fired, 'The Talk' hosts explain what happened

Michigan congressman goes public on PTSD from US Capitol attack