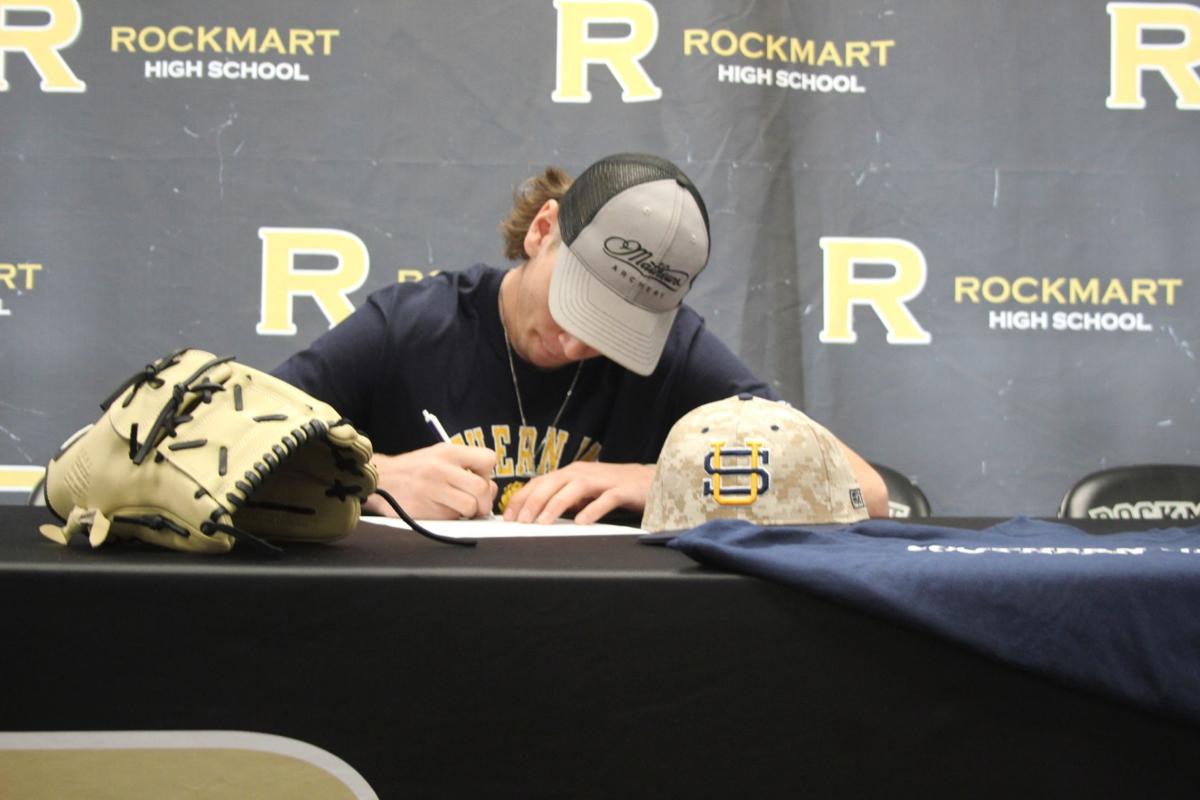 Brayden Cole made his decision to sign with Southern Union official during a ceremony at Rockmart High School on March 12. 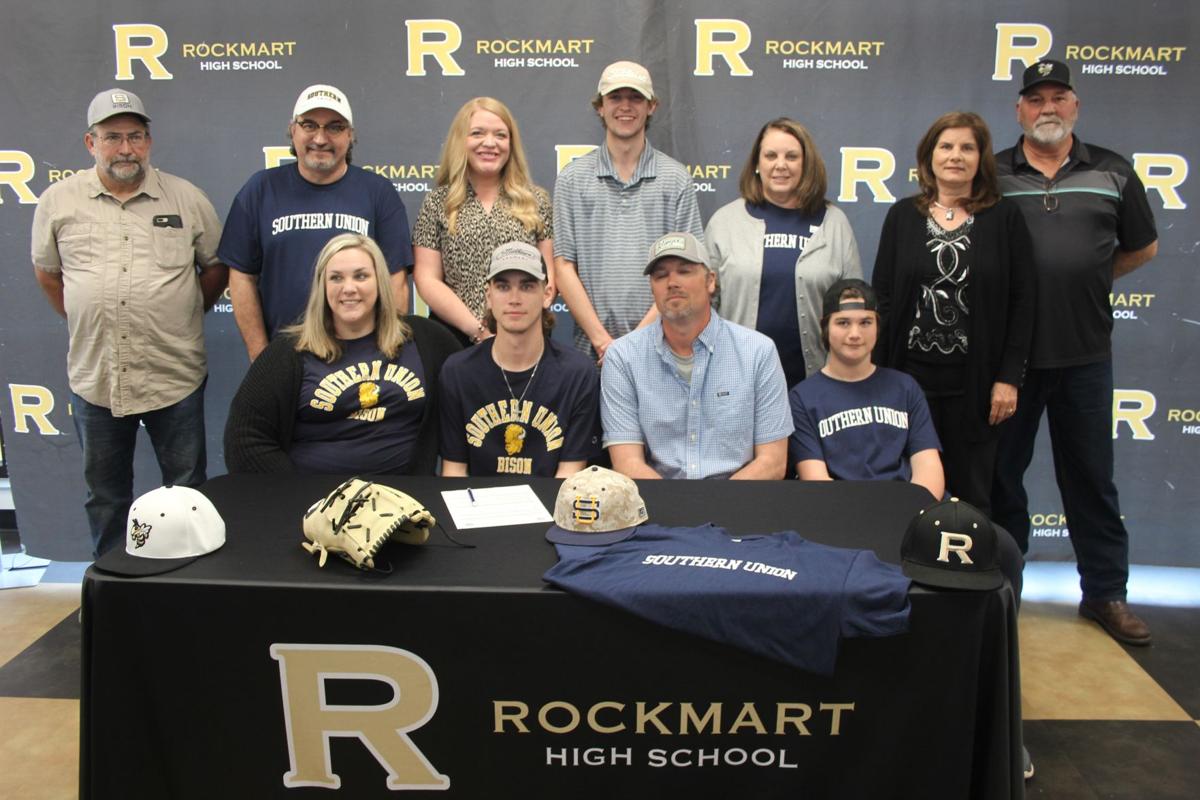 Family joined Brayden Cole in celebration as he signed with Southern Union on March 12.

Brayden Cole made his decision to sign with Southern Union official during a ceremony at Rockmart High School on March 12.

Family joined Brayden Cole in celebration as he signed with Southern Union on March 12.

Brayden Cole is all business when it comes to baseball, as he has shown time and again with the Rockmart Yellow Jackets through the work and determination he’s put in over the past four years.

Now Cole is set to move onto a roster on the college level after he signed with Southern Union, but take the same focus with him to continue to achieve. The senior celebrated with his family, friends, teammates and coaches last week ahead of the closure of schools in Polk County.

“It fits my profile. It’s out in the country, and they’ve got a good baseball program. All their facilities are the best I’ve seen on the JuCo (Junior College) level,” he said. “It’s just where I felt best.”

Cole has no specific plans for what he wants to study while at Southern Union. He added however that he plans to get his Associate’s degree and hope to get picked up by an NCAA school in the meantime.

The son of Phillip Cole and Casey Chambers, Cole has spent the past several years as a key hitter for the Jackets, a good utility player and a valuable member of the bullpen.

But the one thing that Head Coach Kenny Yanzetich will miss as Cole moves on is his determination.

“He’s worked really hard for us the past four years, and he’s gotten better each year,” he said. “He’s gotten stronger. His velocity has picked up... He’s always swung the bat well and he’s going to have the opportunity to go do well as a two-way player.”

He added that “he’s a good kid. He’s a different kind of cat. He’s not one to be a rah-rah guy, but he leads by example.”

Cole said that he will always remember one particular moment in his time as a Jacket: a big walk-off homer against Heard County.

The Latest: Boxer Mayweather set to pay for Floyd’s funeral