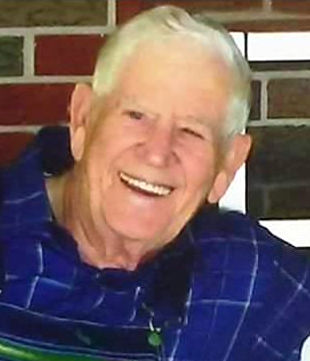 Mr. Joseph Newt Rice, age 96, of Cedartown, passed away on Thursday, February 6, 2020. He was born on September 27, 1923. He was the son of the late Charles "Doc" Anderson Rice and Lector Campbell Rice. Mr. Rice is survived by his loving wife, Maxielee Rice; daughters, Laura Anderson (Jeff), Melinda Turner (Barry) and Jessica Rice; sons, Wendell Rice (Angela) and Barry Rice (Paige); 10 grandchildren, 18 great-grandchildren, several nieces and nephews, and other extended family members also survive. Mr. Rice is preceded in death by his parents; son, Stan Rice; 6 sisters and 5 brothers. The funeral arrangements for Mr. Joseph Newt Rice were held on Sunday, February 9, 2020 at 2:30 in the afternoon in the chapel of The Gammage Funeral Home with Rev. Jason Rice and Rev. Seth Rice officiating. Interment followed in the Northview Cemetery with Rev. Jason Rice and Mrs. Jena Owens officiating. The family of Mr. Rice received family and friends on Sunday, February 9, 2020 from 12:30 in the afternoon until 2:30 in the afternoon at the Gammage Funeral Home. The following gentlemen will serve as pallbearers: Wendell Rice, Barry Rice, Steven Rice, Mike Rice, Kenneth Ferguson, Keith Powers, Tommy Marchbanks, and Richard Marchbanks. Randy Hurst and David Hatch will serve as honorary pallbearers. The family of Mr. Rice would like to offer a special thank you and their heartfelt gratitude to all the caregivers that helped them during this trying time. Messages of condolence can be made to the family by visiting our website and signing the online guestbook at gammagefh.com. The Olin L. Gammage and Sons Funeral Home is handling the arrangements for Mr. Joseph Newt Rice.

To plant a tree in memory of Joseph Rice as a living tribute, please visit Tribute Store.
+1
Plant a tree

Pompeo says Hong Kong is no longer autonomous from China

History in the making as House casts proxy votes in pandemic

The Latest: China reports only two new cases of coronavirus

Mayor: Officer who put knee on man's neck should be charged