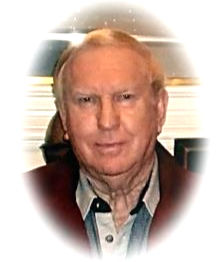 Reven Jim Embry, age 85, of Carrollton, Georgia, passed away peacefully on January 27, 2020 at The Oaks Assisted Living Home. He was born on September 20, 1934 in Gray Hill, Alabama to Lola Embry. Reven graduated from Woodland High School in 1952 where he was a star basketball player in the area. He held several personal Alabama state records for many years. After high school he served in the United States Marine Corps during the Korean War. He then attended West Georgia College on a basketball scholarship and the GI bill. He later completed his Masters of Education at Auburn University. He enjoyed a long career as a teacher and principal and eventually retired from the Polk County School System in 1991. He also coached many youth sports teams and was a friend to each of his students over the years. Reven is survived by his four children and their spouses, Yvaughan Varn (Lat) of Lakeland, FL, Danny Henderson (Melissa) of Carrollton, Tyrra Hicks (Marty) of Marietta, Renee Grandy (Emmett) of Atlantic Beach, FL; as well as seven grandchildren and five great-grandchildren. The family will receive friends on Saturday, February 8, 2020 from 12 noon until the service hour. Funeral services will be held Saturday, February 8, 2020 at 1:00 p.m. EST from the chapel of Almon Funeral Home in Carrollton, GA. Interment will follow at 3:30 p.m. EST in the Gray Hill Church of God Cemetery, 16222 County Road 87, Woodland, AL 36280. Memorial contributions may be sent to Gray Hill Church of God Cemetery Fund, 16222 County Road 87, Woodland, AL 36280. Messages of condolences may be expressed to the family online at www.almonfuneralhome.com Almon Funeral Home of Carrollton, GA has charge of arrangements.

To plant a tree in memory of Reven Embry as a living tribute, please visit Tribute Store.
+1
Plant a tree

Tokyo Olympics just beginning the race to reset themselves

World shares mostly higher ahead of US jobless claims data

Many more likely sought US jobless aid even as layoffs slow

Trump continues to claim broad powers he doesn't have