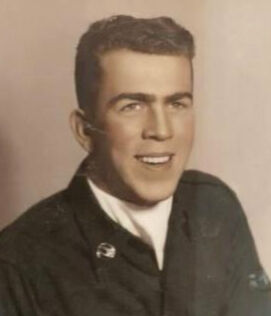 Mr. Randall "Randy" Wayne Brown, age 77 0f Bremen, passed away Saturday, March 13, 2021. He was born September 17, 1943, in Cedartown, GA, the son of the late Joseph C. Brown and Bonnie Bailey Acree. In addition to his parents, Randy is preceded in death by two sisters, Janice McElroy and Susan Brumblelow. Randy graduated Cedartown High School and served in the United States Air Force during the Viet Nam Conflict where he received a Purple Heart. He worked in sales for over 30years, with his last position being Sr. Vice President of Sales for the Lladro Company. He was a Jaycee, Boy Scout leader and RA Leader at First Baptist Church in Bremen Randy loved his family and especially loved watching his grandsons play ball. Cole, Chip, and Cam were his pride and joy. He also loved his dachshunds and spoiled them, too. He is survived by his spouse, Glynda Brown; son, Roby Brown; daughter and son-in-law Amy and Steven O'Neal; and three grandsons, Cole, Chip, and Cam O'Neal, all of Bremen. Services for Mr. Randy Brown will be held at a later date. Hutcheson's Memorial Chapel & Crematory of Buchanan is honored to serve the Brown family.

To plant a tree in memory of Randall Brown as a living tribute, please visit Tribute Store.
+1
Plant a tree

The Colombo crime family: A look at who's who among its hierarchy

NYC weather: Heavy rain on its way Monday; residents should 'be prepared' for flooding, forecast says

Tommy Hart, Staten Island's marathon man back on his feet after month-long hospitalization