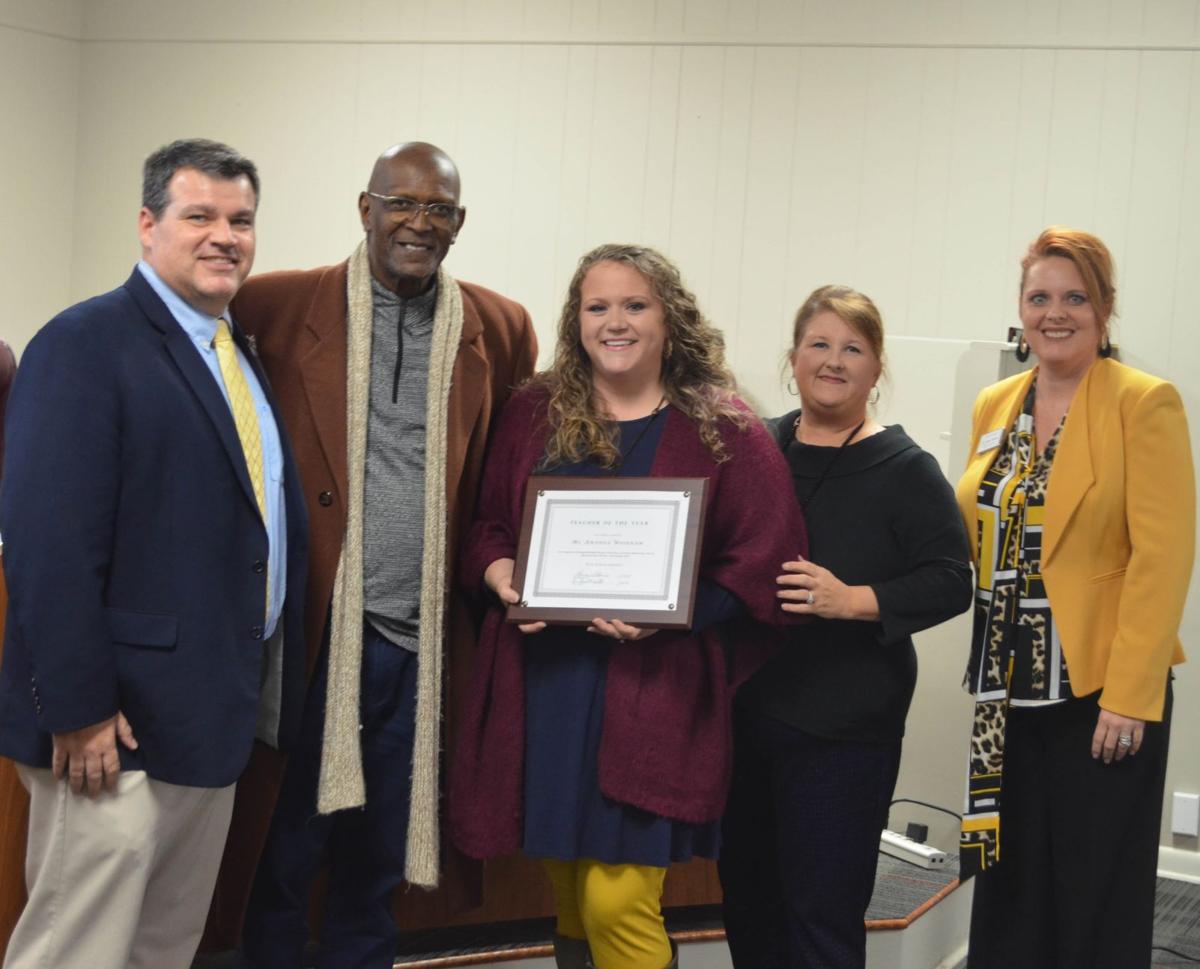 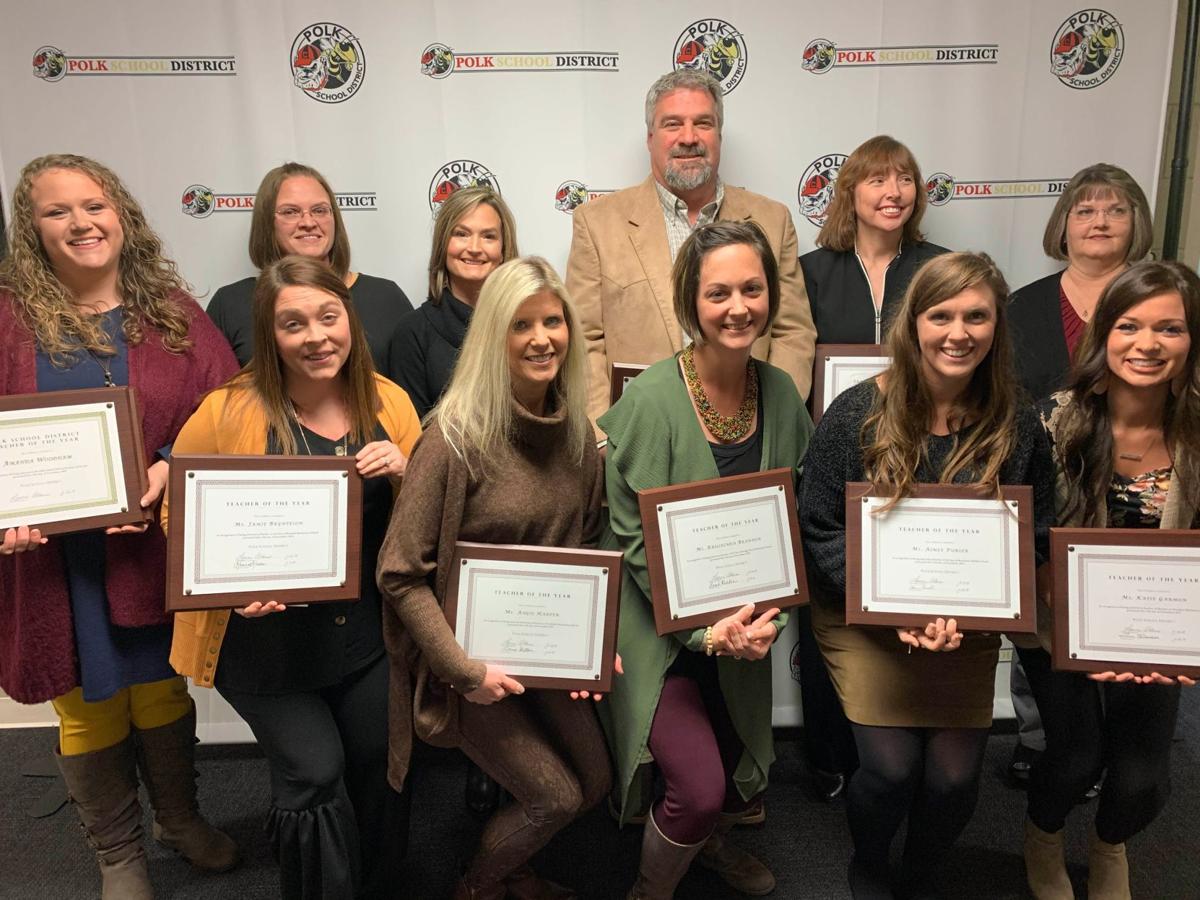 The 2019 Teachers of the Year gathered for one more group shot during the Board of Education presentation for the systemwide honor for Polk School District’s 2019-2020 calendar year.

The 2019 Teachers of the Year gathered for one more group shot during the Board of Education presentation for the systemwide honor for Polk School District’s 2019-2020 calendar year.

The end of the year is fast approaching, but for Polk teachers, January is more like the halfway point.

They’ll be educating local youths for months to come, so the Polk County School Board made sure to recognize their hard work with the annual Teacher of the Year Award.

Alongside honoring the district-wide Teacher of the Year, the board presented the TOTY title to one educator from each of the county’s various elementary, middle, and high schools. This means a total of 11 teachers received plaques, applause, and $100 prizes during the November 12 meeting.

Amanda Woodham – 2019’s district-wide Teacher of the Year – received an additional $100. A Rockmart High School alumni and a graduate of the University of West Georgia, Woodham represents Van Wert Elementary where she’s taught Kindergarten since 2014.

She previously served in a Douglas County classroom before returning to Polk. No matter where she teaches, her educational philosophy remains firm.

Woodham wrote that she believes in forming a positive learning environment, recognizing that no two students are exactly alike, and making sure every child feels loved.

That commitment and passion for her job not only earned her the title of Teacher of the Year, but it also earned her kind words from Van Wert Elementary Principal Dr. David Wilds who was present during the meeting.

“She’s an awesome teacher,” Wilds said. “I gauge my teachers a lot of times by asking, ‘would it be a classroom I want to put my kid in?’ And without hesitation, I would my put my kid in Mrs. Woodham’s class. Anytime.”

Woodham could earn even more accolades if she’s selected as the regional TOTY later, but the accomplishments of the other 10 educators are not to be downplayed.

Polk School District employs dozens of teachers, and only 11 are selected each year.

Each was joined by their school’s principal who highlighted exactly why they were being honored, but Polk County College and Career Academy Principal Dr. Katie Thomas also offered words about the group.

“Among this group are our brightest and best stars in our classrooms,” Thomas said. “When I send these essays and questions to the judges who decide the teacher of the year, I do not pity that person who has to evaluate the applications because these are the best we have. All of you are winners in our book.”

The teachers were asked for a quick photo shoot before being set free, but the board had a few other business items for the night.

They approved a field trip request from the Cedartown High Lady Bulldogs who are now set to cheer during the state finals in Columbus, discussed their financial reports, and held an executive session before adjourning.