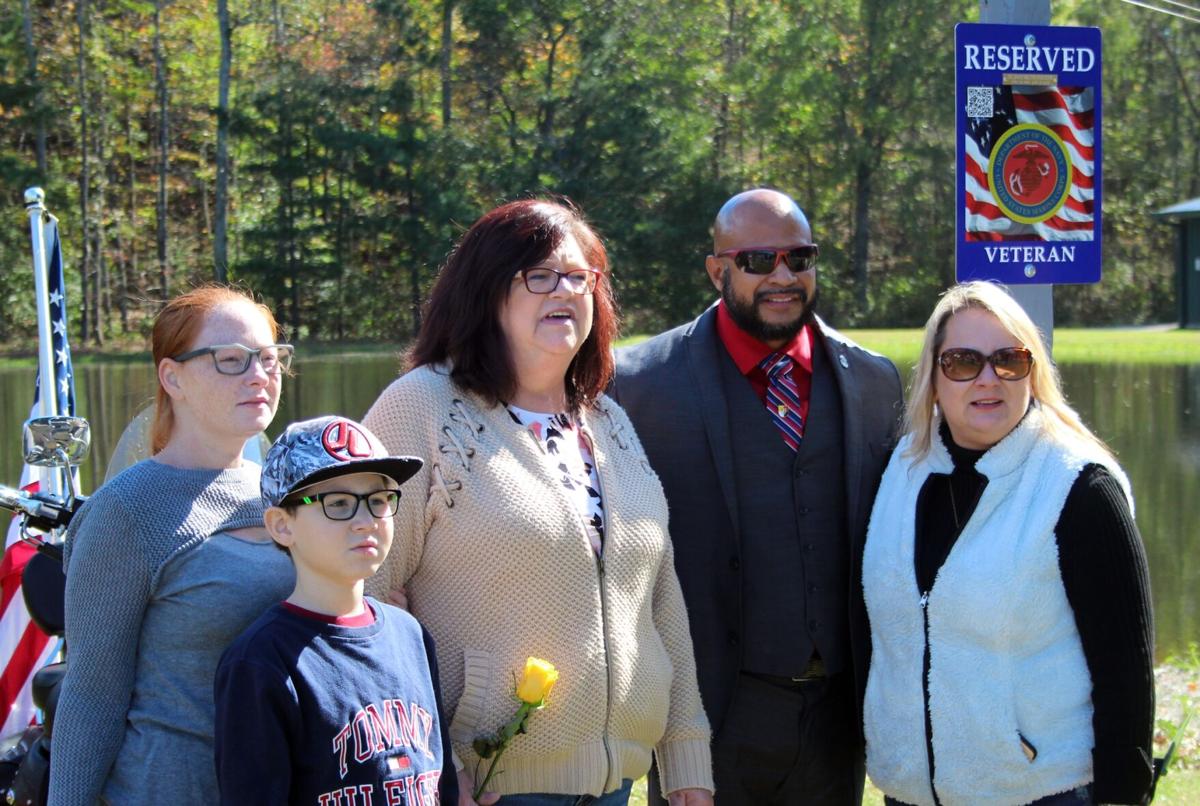 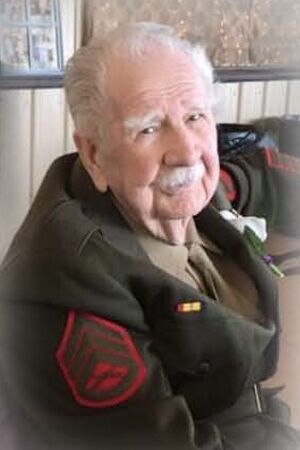 Family and fellow veterans came together in the Polk County countryside Saturday to mark a special dedication to a special man.

United States Marine Corps Staff Sergeant James Walter Stockton was remembered with a special dedication of a reserved parking spot for veterans and first responders at Skydive Spaceland’s Grady Road facility. The Conyers native lived in Temple during the final years of his life and passed away at the age of 95 on Jan. 26.

“I’m glad they are honoring him because he was such an honorable person,” Stockton’s daughter, Rhonda Cordell, said. “Even in his 90’s he would do anything that included promoting the military, still doing his part, speaking at all of the schools around. He knew something about everything. I just miss him.”

Stockton joined the United States Marine Corps at the beginning of World War II. His company trained as part of the 5th marine division. He went into Iwo Jima on the fifth wave. After his tank was disabled, he became a stretcher bearer.

After obtaining another tank on the second day he fought until the US claimed victory. He was at the flag raising on the top of Mt. Suribachi. Stockton was very active and retired after 20 years of honorably serving the United States.

The program dedicating signs for special parking spaces to veterans is being headed by the Axios Inspires Foundation. The one in Polk County is the group’s 12th in Georgia and 73rd in the country.

The group’s Rick Murillo, who served 11 years with the Army Rangers’ 3rd special forces group and is a recipient of the Purple Heart, has been working with Skydive Spaceland to dedicate the special parking spaces at each one of their facilities across the south.

Saturday’s ceremony included the skydive center’s operation manager, Kevin Purdy, skydiving while trailed by an American flag. Members of American Legion Post 111 in Dallas were also in attendance. Cordell said she was initially contacted by the post about the sign dedication.

The sign includes Stockton’s name, rank, date of birth, date of departure and a QR code that visitors can scan with their phone and pull up Stockton’s biography and photo.

Atlanta may take back some of Peachtree Street from cars