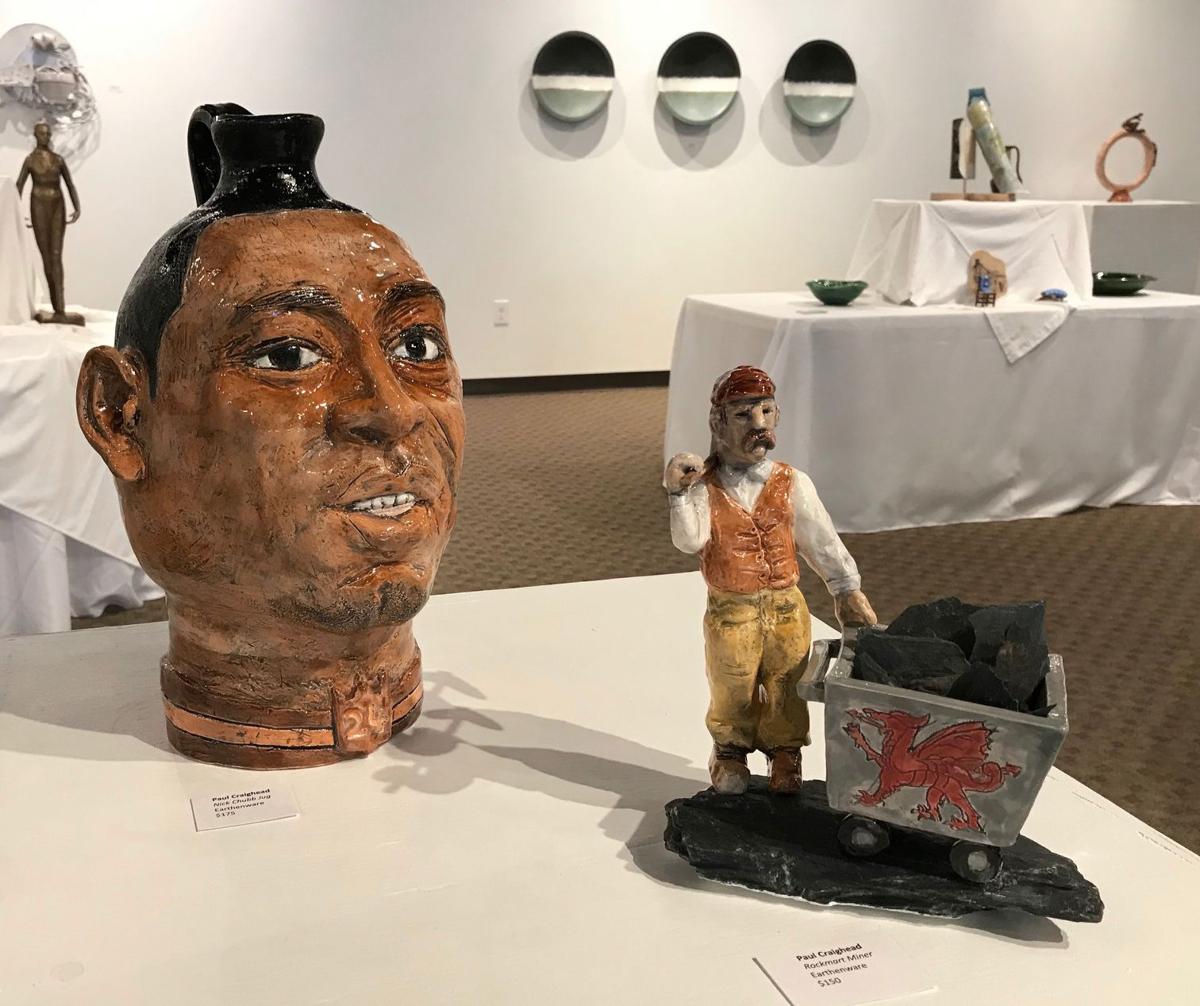 This Nick Chubb face jug and Rockmart miner are examples of the Southern style of clay work on display at the Rockmart Art Gallery through the end of August. 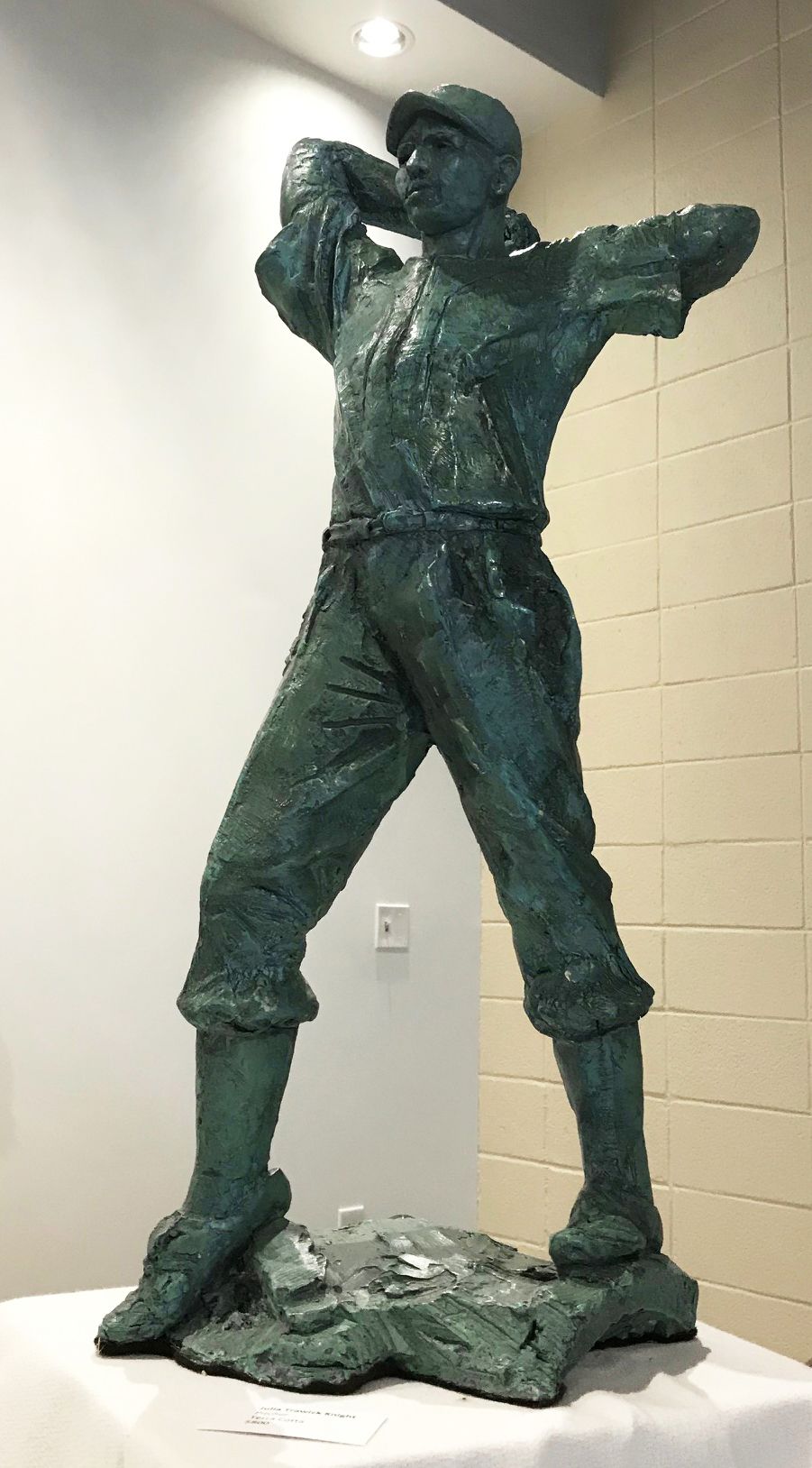 Julia Trawick Knight’s “Pitcher” clay sculpture is just one of many on display at the Rockmart Art Gallery’s NWGA Clay Artists Exhibit.

This Nick Chubb face jug and Rockmart miner are examples of the Southern style of clay work on display at the Rockmart Art Gallery through the end of August.

Julia Trawick Knight’s “Pitcher” clay sculpture is just one of many on display at the Rockmart Art Gallery’s NWGA Clay Artists Exhibit.

A new exhibit is now up and running at the Rockmart Art Gallery in the city hall complex, and focuses on a material that can be just as much a beautiful piece of sculpture as it is a function item for everyday life.

Starting this month, the NWGA Clay Art Exhibit in Rockmart will continue through the end of August at the gallery within the city hall complex on North Piedmont Avenue. Organizers said in a release that the event covers all kinds of styles from artists around the area.

The release stated the goal was to present a regional exhibition, and once the participants were selected organizers noticed more than just geographical area as the thread that connected this group of artists.

“Academia and tradition are two threads that run through these artists’ lives,” the release stated. “From college professors to private instructors, many participants in this exhibition teach their craft to students of all ages throughout northwest Georgia.”

“While most participants are academically trained, some artists received their training through apprenticeship,” it continued. “Possibly the most traditional way to learn the ceramic process, their work is steeped in Southern tradition, consisting mostly of face jugs.”

Throughout the new exhibition at the gallery, organizers said their intent was to maintain a balance between academia and tradition.

“That infuses NWGA Clay Art Exhibit with a wide range of works and inspirations,” the release stated.

For clay sculptors and lovers alike, the material is synonymous with community. So it’s no surprise that another thread that surfaced while assembling these artists is a desire to serve local communities.

“Many artists participate and/or organize an Empty Bowls (an international project to fight hunger, implemented on a community level) event in their respective communities. Some artists volunteer and instruct at community centers.” the release stated. “One artist has even created work that highlights a well-known Polk County native and the history of Rockmart.”

Overall, this exhibition goes beyond a survey of regional clay work and brings together an eclectic group of artists and works that will give viewers a glimpse into the work being produced in northwest Georgia today.

The NWGA Clay Art Exhibit is open to the public and can be viewed Wednesdays through Saturdays during gallery hours from 10 a.m. to 4 p.m. or by appointment through August 30.

Additionally, the public is invited to attend the Meet the Artists Reception being held this Sunday, July 28 between 1 and 3 p.m.

The Latest: Steyer ready to keep up attacks on Sanders

Democrats are beating Trump in a key Pa. county he flipped from Obama, poll says