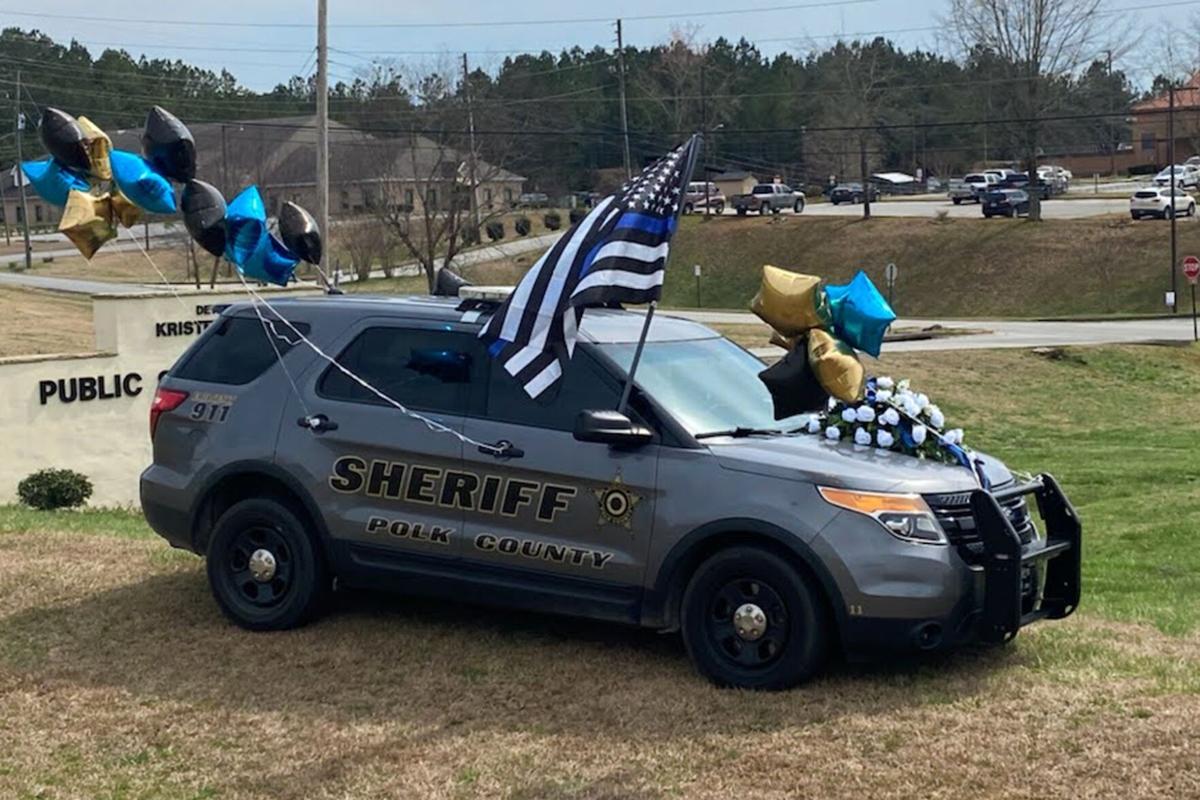 Polk County Sheriff’s Office Sgt. Barry Henderson’s patrol car was placed in front of the Polk County Public Safety Complex on Tuesday as a memorial for the longtime public safety officer who died of complications from COVID-19. 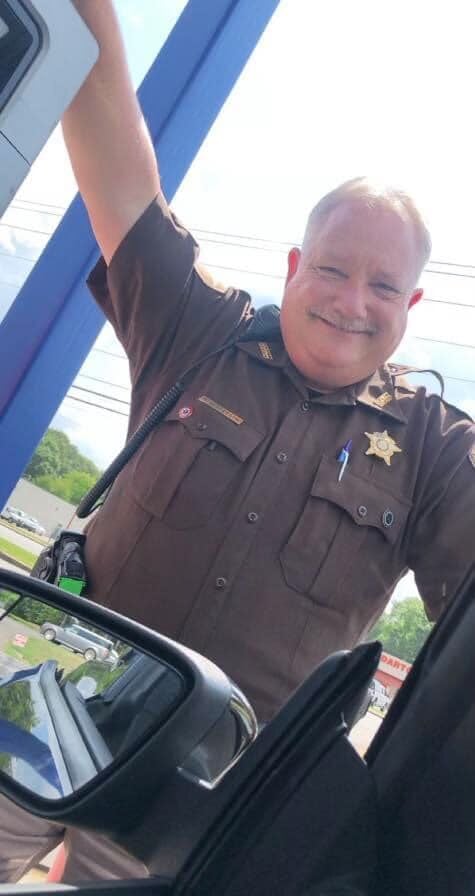 Polk County Sheriff’s Office Sgt. Barry Henderson’s patrol car was placed in front of the Polk County Public Safety Complex on Tuesday as a memorial for the longtime public safety officer who died of complications from COVID-19.

Condolences poured in on Facebook and at the Polk County Sheriff’s Office on Tuesday morning as news of the passing of Sgt. Barry Henderson reached the community.

Henderson, who had been in an Atlanta hospital since Jan. 7, died early Tuesday after complications from COVID-19 had prevented him from being able to receive further care. He was 50.

Polk County Sheriff’s Office Chief Deputy Jonathan Blackmon traveled with Henderson’s wife, Chrissy Henderson, to Northside Hospital on Monday night and were with him in his final moments.

“She got to be by his side and tell him how much she loved him and talked to him,” Blackmon said. “It was a touching moment, and we just ask that everyone continue to pray for the family during this difficult time.”

Barry Henderson was admitted to Northside on Jan. 7. He was placed on a ventilator two days later as his condition worsened. He spent the rest of his stay on a ventilator while doctors tried to get him well enough to be transferred to another facility for advanced care.

Blackmon said Henderson was in line to be transported to the University of Florida Health Shands Hospital in Gainesville, Fla., recently but he experienced renal failure in his kidneys two days before he was scheduled to go. He was on dialysis when the condition of his heart got worse.

Henderson, who lived in Rome, had a combined 18 years of service with both the sheriff’s office and the Polk County Police Department. He was a classified gang expert for the state court system and oversaw the sheriff’s office’s work detail, C.H.A.M.P.S. program and Polk Safe Kids program.

“Barry and Chrissy were always first to volunteer for any disaster relief trips that we took,” Blackmon said, adding they had traveled to Beauregard Parish, Louisiana, last September after Hurricane Laura, and to Glades County, Florida, the year before.

Blackmon said they have already been contacted by the sheriff’s in those places to ask if there is anything they can do, with some planning to fly up for the funeral, which is tentatively scheduled to be held Saturday at First Baptist Church of Cedartown.

Henderson’s patrol car was placed in front of the Polk County Public Safety Complex on Tuesday with a flower arrangement on the hood. Community members began to place flowers and other items on and around the vehicle in remembrance of the deputy.

“With heavy hearts we say see you later to our Sgt. Barry Henderson this morning,” a post on the sheriff’s office Facebook page read. “You have served Polk very well and will be greatly missed. We thank God and your family for sharing your life with us throughout the years.”

State Rep. Trey Kelley, R-Cedartown, honored Henderson as he spoke on the floor of the Georgia House of Representatives on Tuesday morning.

“In the early hours of the morning, the Polk County community lost one of our finest with the passing of Sgt. Barry Henderson of the Polk County Sheriff's Department,” Kelley said. “Sgt. Henderson served our community for a number of years and always went out of his way to give back to our community, and he took a lot of pride in his job.”

Kelley asked his colleagues to remember Henderson’s family and his co-workers at the sheriff’s office during this time and asked for a moment of silence to be observed.

A number of fundraisers and events which had been planned in recent weeks to help Henderson’s family are still scheduled to go on as planned, according to Blackmon.

Mosaic Place in Cedartown is selling barbecue plates on March 19 from 10 a.m. to 2 p.m. for $8 each. Each plate comes with a barbecue sandwich, chips, beans and dessert, and all proceeds will be given to Henderson's family.

A blood drive in honor of Henderson will be held March 23 at the Polk County Police Department, 73 Clines Ingram Jackson Road, Cedartown, from 10 a.m. to 4 p.m. Appointments can be scheduled at https://donor.bloodassurance.org/donor/schedules/drive_schedule/131634.

A golf tournament to benefit Henderson's family will be held April 9 at 10 a.m. at Cherokee Golf and Country Club in Cedartown. Team signups are already closed after reaching the maximum number, but sponsorships are still available. For more information contact Kyle Pinkard at 770-546-6699.

Police pursuit of ends with collision, 7 people injured - some of them critcally - Chicago police say