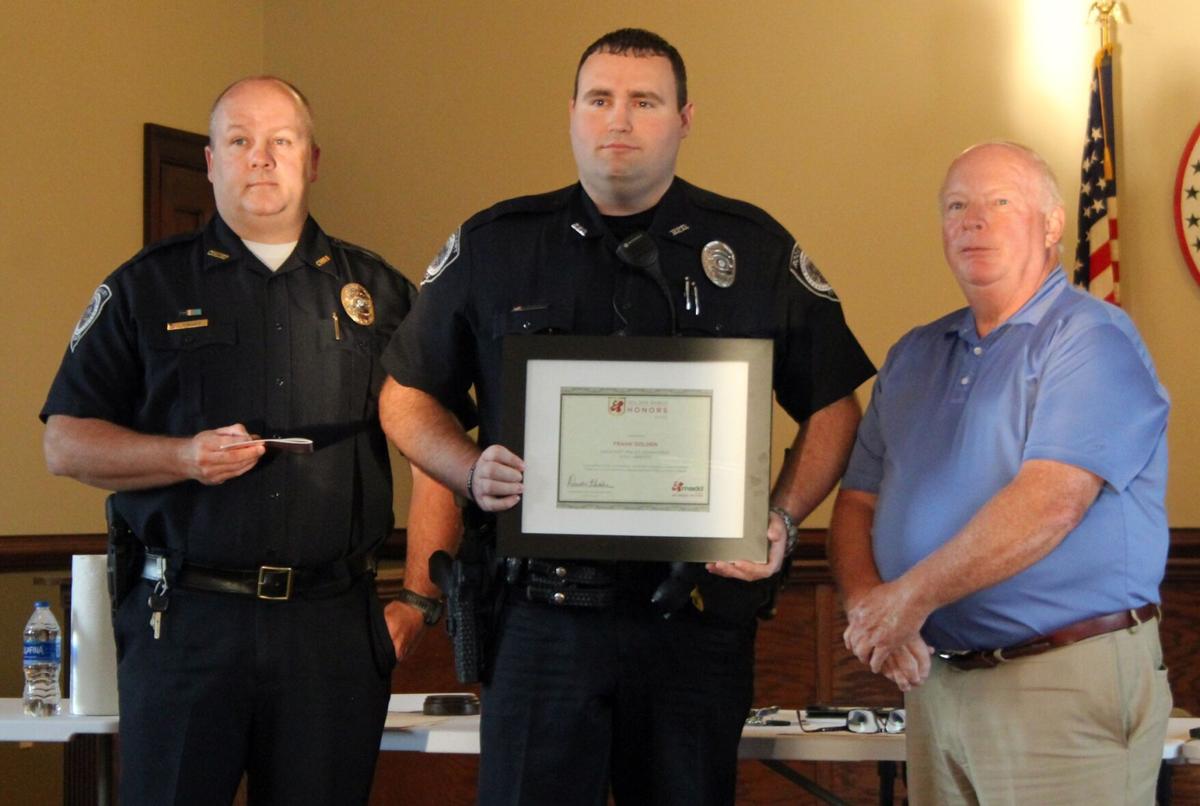 Rockmart Police Officer Frank Golden (center) is presented with a Golden Shield Honor from Mothers Against Drunk Driving during the Rockmart City Council’s meeting on Sept. 8, 2020. He is shown with Rockmart Police Chief Randy Turner and Mayor Sherman Ross. 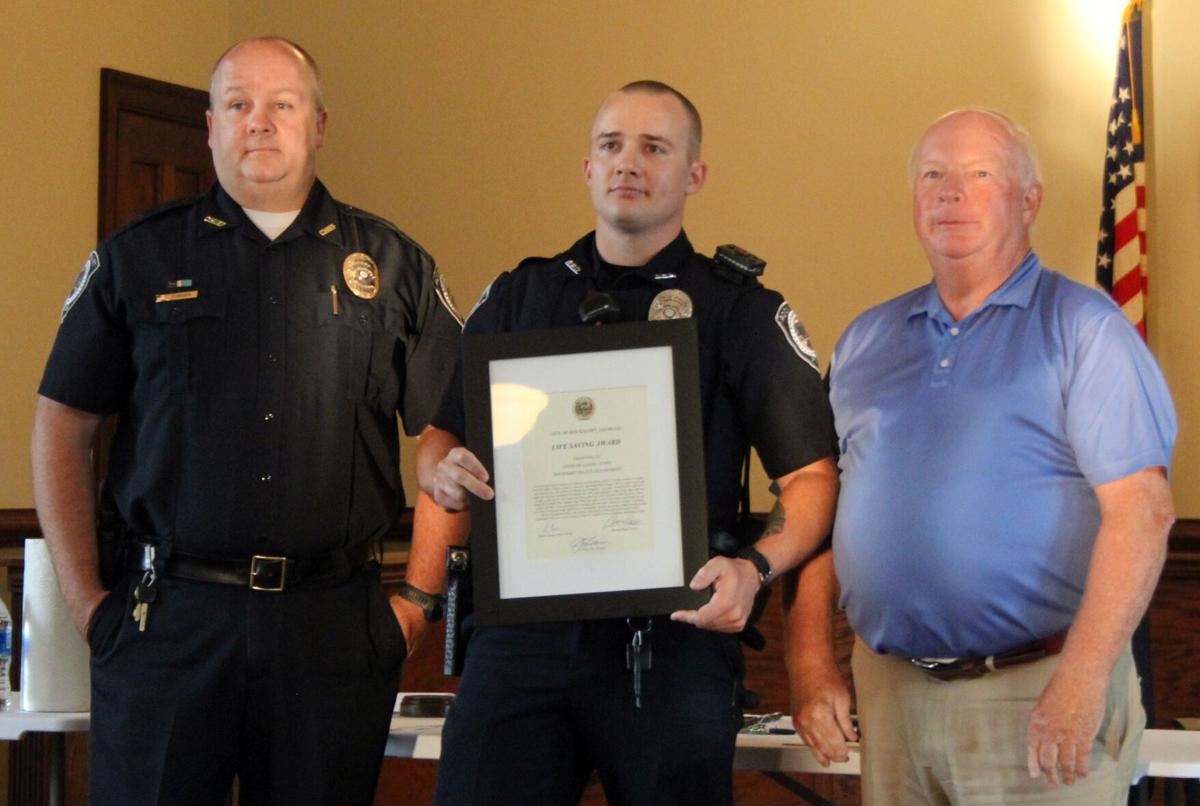 Rockmart Police Officer Frank Golden (center) is presented with a Golden Shield Honor from Mothers Against Drunk Driving during the Rockmart City Council’s meeting on Sept. 8, 2020. He is shown with Rockmart Police Chief Randy Turner and Mayor Sherman Ross.

On an evening where two of Rockmart’s finest were honored for their diligence and heroism, the city’s elected officials voted to increase the base pay for certain city employees, including first responders.

The September meeting of the Rockmart City Council on Tuesday, Sept. 8, began by honoring the city’s employees, including Rockmart Police officers Frank Golden and Daniel Jones.

Golden, who is approaching his three-year anniversary with the department, was honored by the Georgia chapter of Mothers Against Drunk Driving with a Golden Shield Bronze award for 31 arrests for driving under the influence in the last calendar year.

“That is something that is not common for a normal patrol officer,” Rockmart Chief Randy Turner said. “Those are numbers that are usually just for traffic enforcement. It’s a credit to his work ethic that he continued to be on several other calls in addition to this.”

Golden was featured in a recent issue of MADD’s official magazine.

“Think of the lives he saved,” Turner said.

Turner said Jones performed CPR on the man for five minutes and refused to stop once other officers arrived to continue the technique. When emergency medical technicians arrived they administered an automated external defibrillator and shocked the patient five times.

“Two days later, that man walked out of the hospital,” Turner said.

Later, the board unanimously approved a pay increase for certain city employees, the majority of which is public safety employees making on the lower end of the pay scale, according to City Manager Jeff Ellis.

Ellis said the pay increase would lead to a 30 cents an hour raise to the base wages for public safety employees, putting their yearly salary to just under $40,000, a “significant increase,” according to Ellis.

“There are a lot larger departments around us who are doing similar things, and that creates a domino effect,” Ellis said. “We train some good people in the city and we want to retain the professional employees that we have.”

The motion was enhanced by a request from Councilman Marty Robinson to see an increase of 10 cents an hour to some fire department employees.

“Tonight reiterates the quality of people we have working with the city of Rockmart, and we owe it to them to invest in them. And it’s evident tonight that that investment is an investment in our citizens as well,” Robinson said.

Some public works employees will also see an increase in pay when the new rates take effect Oct. 1.

Ellis said the $71,711 needed to cover the raises and all associated taxes will come from the savings from the city’s health insurance premiums it budgeted for fiscal year 2020. Ellis said the city budgeted a 20% increase over the previous year that turned out to be only a 3.9% increase.

The extra money was provided under contingency to the mayor and city council to use in specific cases.

The council also approved a rollback net millage rate of 8.662, which is a decrease from the rate of 8.832 set last year.

Biden maintains an edge over Trump in new Pa. poll, as pessimism over coronavirus and the economy looms