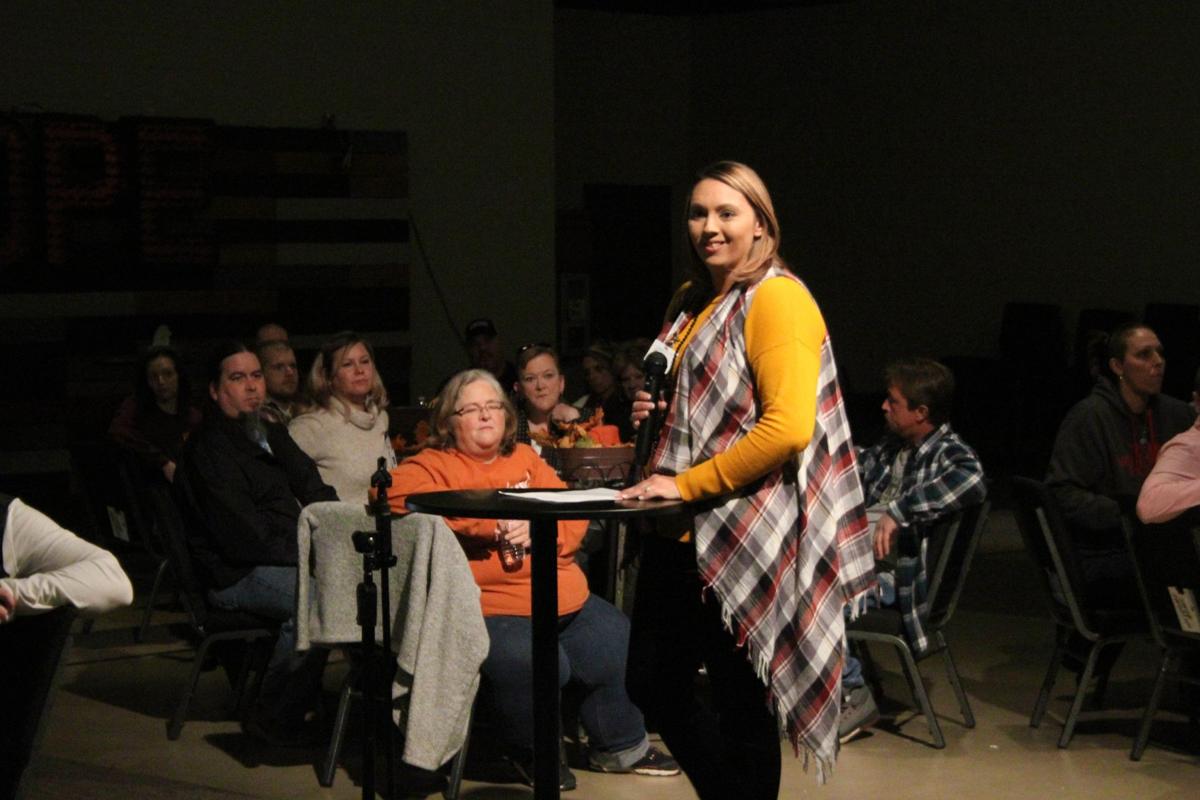 Nikki Kemp, head of Mosaic Place in Cedartown, talked about the need to expand services to Rockmart during a listening session held on Nov. 12. 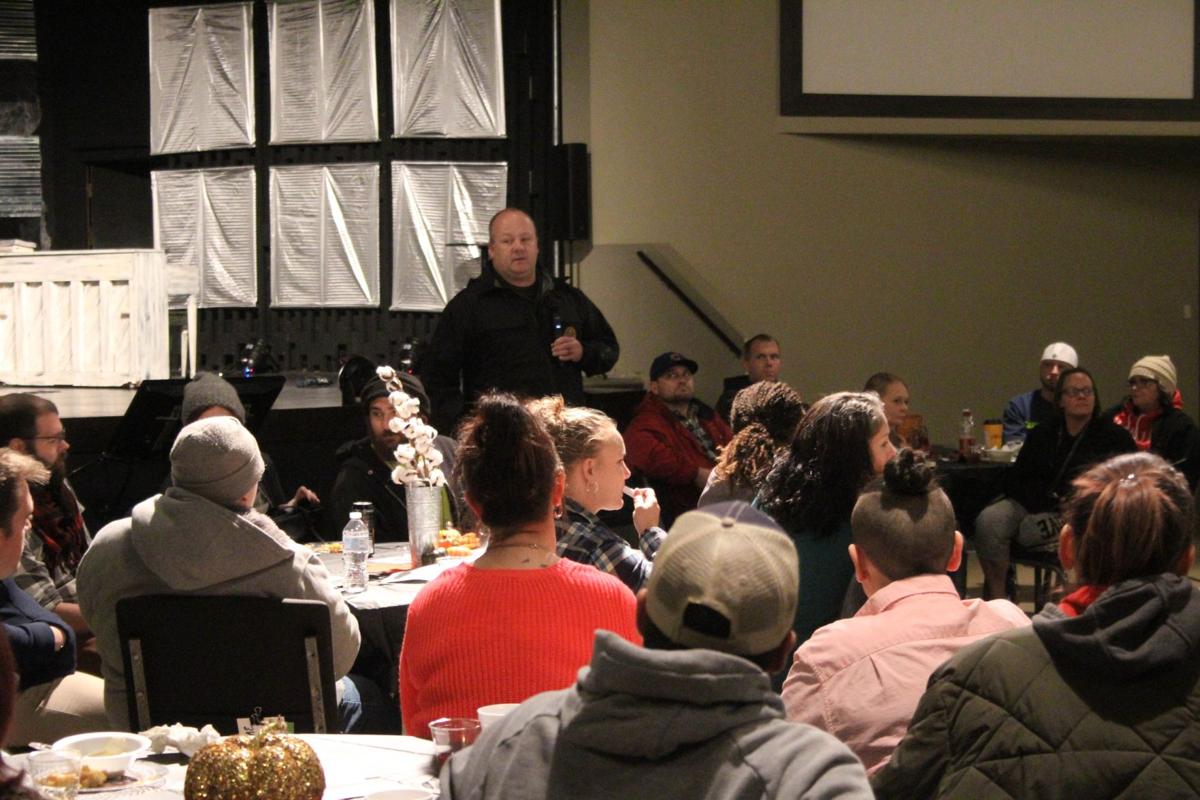 Rockmart Police Chief Randy Turner was candid about the need for services like Mosaic Place, if for no more than to have a different option than arrest when officers are handling circumstances with addicts. 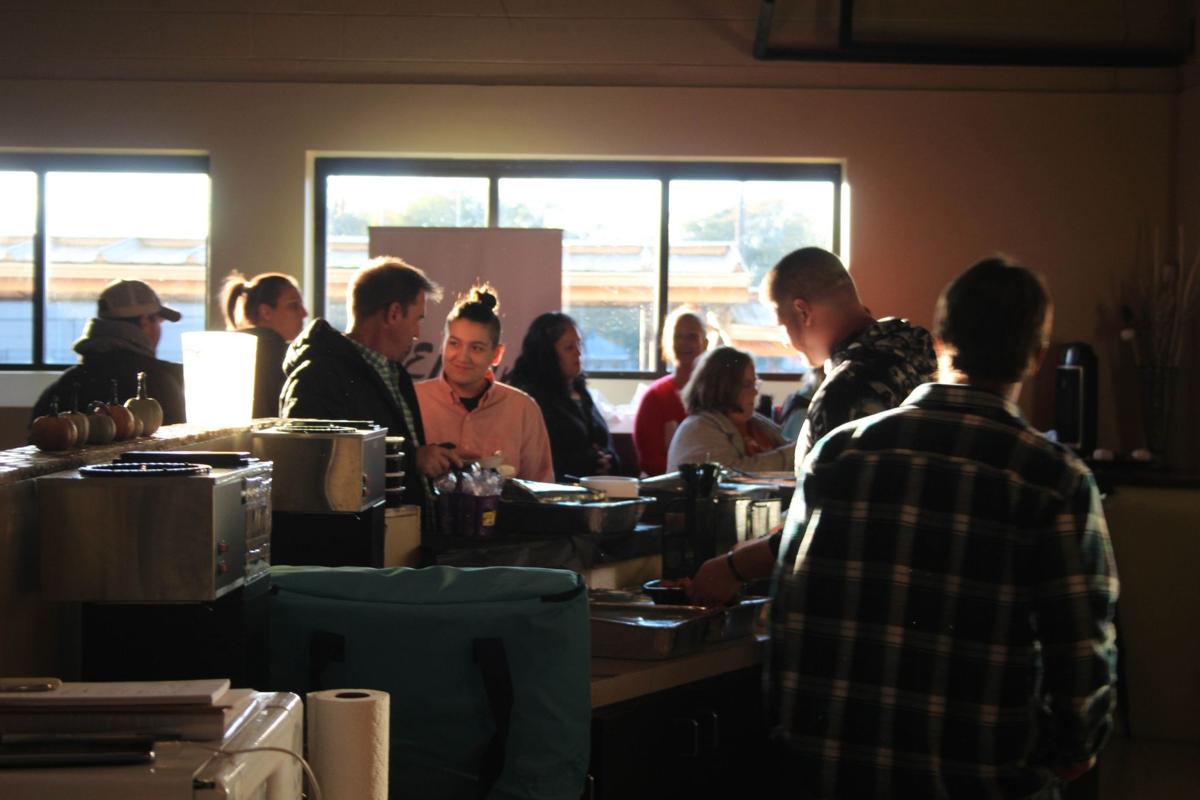 Mosaic Place offered up a Chick-fil-A buffet dinner for participants in a Listening Session in Rockmart on Nov. 12.

Nikki Kemp, head of Mosaic Place in Cedartown, talked about the need to expand services to Rockmart during a listening session held on Nov. 12.

Rockmart Police Chief Randy Turner was candid about the need for services like Mosaic Place, if for no more than to have a different option than arrest when officers are handling circumstances with addicts.

Mosaic Place offered up a Chick-fil-A buffet dinner for participants in a Listening Session in Rockmart on Nov. 12.

Just more than a year after opening, Mosaic Place is looking to expand their services from one location in Cedartown, to two in Rockmart in the coming months.

Members of the Cedartown organization who have ties to Rockmart were joined by Mayor Elect Sherman Ross, Police Chief Randy Turner, County Commissioner Scotty Tillery and many more in the community came to talk about their experiences with drug abuse all across Polk County, and what efforts need to be undertaken to make the situation better.

Mosaic Place began in 2018 via Highland Rivers Health and a grant to provide addiction recovery services int he community in a new model that brings those in treatment into a positions of leadership of their own, and also provide services addicts can’t get easily, like help finding work after going through recovery or providing rides to important meetings or job interviews.

Throughout the past year, hundreds have come for help from around Polk County and attend a variety of group meetings, and also utilize the help of people like Program Manager Nikki Kemp.

Kemp, an addict in long-term recovery herself, said that had an organization like Mosaic Place existed when she was in need of help more than half a decade ago, she would have found a place where she could be accepted while going through her struggle to get clean of drugs.

“If someone comes into Mosaic Place and says ‘I want to kick the rock and stay clean,’ I’m going to help them stay clean,” she said. “At Mosaic Place, we have recovery meetings for everything. And we mean everything.”

Mosaic Place is just the kind of organization that the Rockmart Mayor-Elect is hoping to gain a partner with in the coming months as the city seeks to tackle a variety of problems, like homelessness and addiction. He’s not insensitive to addiction and those who are suffering, and after learning about has been an advocate for the kind of help Mosaic Place offers those who are nearing rock bottom.

“Let’s face it, every community can probably use a Mosaic Place,” he said. “We need vehicles like this to be able to get assistance to individuals and families, and I feel like it is an incredible opportunity to get help to people in our community.”

His goal is that through partnerships with Mosaic Place and others, much can be done in the months and years to come to help the people who need it most. Ross is joined in that goal by Police Chief Randy Turner, who encounters the problems of addiction all the time.

He understands them all too acutely: his parents both died due to the complications they suffered from drug addiction, and other family members fled from Polk County to get away from lifestyle choices that would see them suffer the same fate.

Turner was frank during the listening session at Crossview Community Church on November 12: he and his officers are in a quandary when they encounter addicts in dire need of help at all hours of the day and night. Resources to divert them out of the judicial system aren’t an option much of the time.

Even if a person realizes they are in real trouble and need a bed in a rehabilitation facility, not one in the jail, the police’s usual route of transporting them to the emergency room and seeking help through the healthcare system isn’t usually available.

“We don’t like seeing this either, because none of our families are perfect,” he said. “We talk a lot about it among ourselves, and one of the things we talk about is at 2 a.m. or 3 a.m., when we deal with somebody, there may or may not be a criminal charge involved. Not everybody needs to go to jail. I’ll say that as the Chief of Police.”

Turner sees those who are willing to help within Mosaic Place as a real option for making sure that addicts who are seeking help can be diverted from jail. He said his hope is that training sessions he’s attended with officials from Mosaic Place on pre-arrest diversion into treatment is one step in a long process of helping those who need it find recovery instead of a bed at the jail.

“What can we do and how can we get involved to help people,” he said. “Not everyone is going to accept help. We’ve seen it before in those who aren’t ready yet.”

There’s a real need for that kind of help. Among those who understand the problem acutely is Tillery, who found himself in the middle of helping an addict who had parked in the lot at Cedartown First United Methodist Church and was living out of her car.

Tillery recounted how he and Polk County Sheriff’s Chief Deputy Jonathan Blackmon tried to help the woman, and turned to Mosaic Place as their best option of securing her a spot in rehabilitation.

“Most people live in a bubble. We ride around and see people, and everybody has some type of problem. Some on different levels than others,” he said. “When we live in a bubble, we don’t realize what is going on in other people’s worlds and the problems they have and the help they’re receiving. At this point I was living in a bubble of some sort.”

He said he understands the problems the community faces and that Mosaic Place offers up a chance to bust the bubble, to give people a chance to reach out and help those who don’t have the resources to pull themselves up by their bootstraps.

Mosaic Place’s first steps in the listening session were to gather ideas about how to proceed, and gather information about what resources already exist within Rockmart, like the Rockmart Homeless Initiative and organizations like Celebrate Recovery.

Kemp’s hope is that through the coming weeks and months as they figure out how to expand into Rockmart and provide services, additional community leaders will step up and take part.

For now, Mosaic Place remains one partner in the community willing to help. Those who need help from the organization in Cedartown including workshops, recovery meetings, transportation and workforce development contact them at 678-901-1445 to learn more. They are located at 321 West Ave., Cedartown.