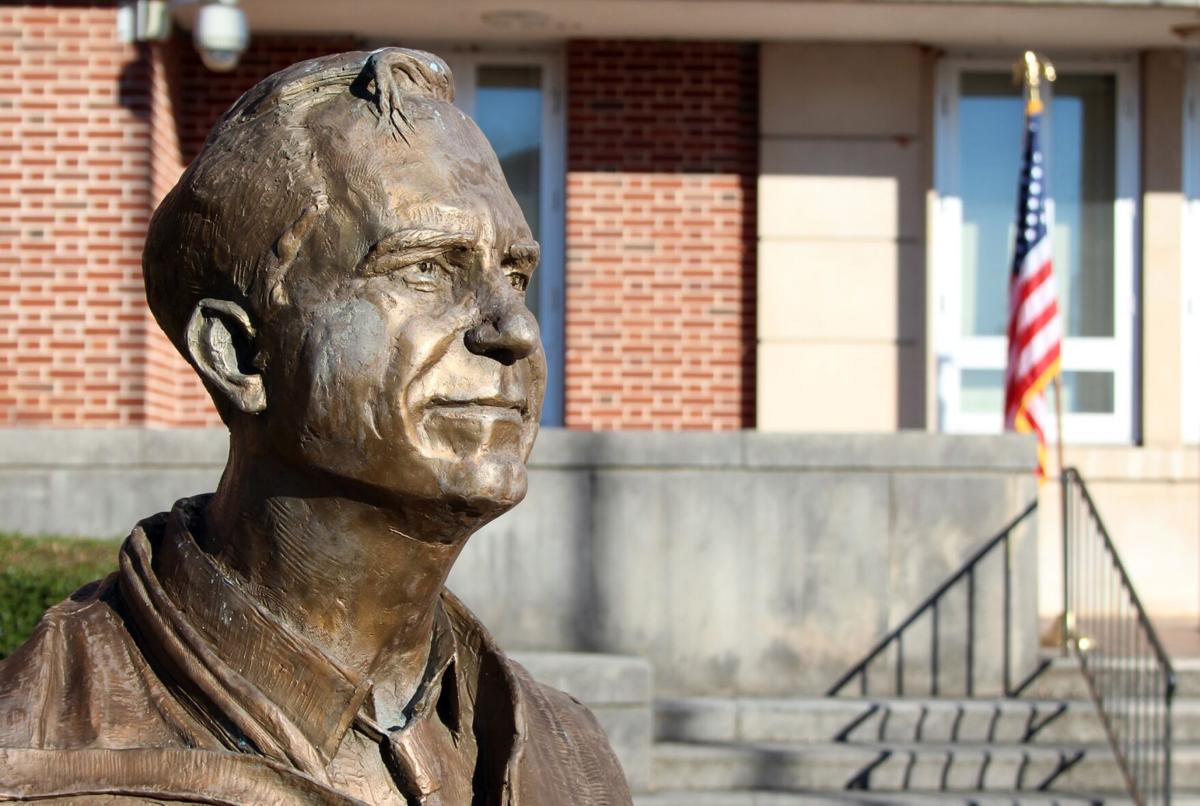 A bronze statue of Howard “Doc” Ayers stands outside the Polk County Courthouse as part of the Polk County Sports Walk of Fame. A memorial service for the beloved coach will be held July 31. 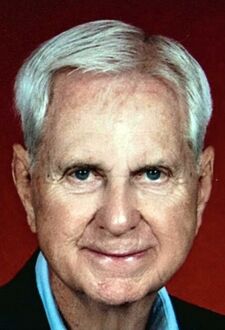 Friends, former players and fellow coaches are invited to attend a celebration of life later this month for one of the most beloved coaches and mentors in Cedartown High School history.

A memorial service for Howard “Doc” Ayers will be held Saturday, July 31, at First Baptist Church of Cedartown at 2:30 p.m.

Ayers, who passed away last December at the age of 98, led the Cedartown football team to a 91-40 record over his 12 years as head coach, including the Bulldogs’ only state championship in 1963.

He became synonymous with Cedartown athletics and lifting up local youth, helping with charities and staying busy with the annual Ayers-Beck Celebrity Golf Tournament, which he started with former Cedartown standout and Georgia Tech All-American Ray Beck in 1991.

His wife, Glenda Ayers, said his family had wanted to hold a public service in Cedartown when he died but couldn’t at the time because of the threat of COVID-19. Doc Ayers was laid to rest in December following a private service in Toccoa where he grew up.

“He has so many good friends, people that loved him and people that he loved,” his wife said. “I think Doc would really want it and be very appreciative that people remember him.”

Glenda Ayers said everyone is welcome to come to the memorial service in remembrance of “a special man” who loved Cedartown and all the people in it. She said it will be an informal “meet and greet” mostly, with friends and colleagues having an open floor to talk about the longtime coach and his impact.

Ayers became the head football coach at Cedartown High School in 1952. In 12 seasons, Ayers led the Bulldogs to two region championships, seven sub-region championships and Cedartown’s first, and only, state championship. His record of 91 wins and 40 losses is still the best in program history.

When Vince Dooley took the head coaching job at Georgia in 1964, Doc Ayers was the first assistant coach he hired. Ayers coached the UGA freshman team to a three-year 28-12 record. It remains the best record in Georgia freshman team football history. He remained on the Georgia staff for 17 years.

Ayers would occasionally still visit with the Cedartown football team and speak to them. The school’s football field was renamed Doc Ayers Field in his honor.