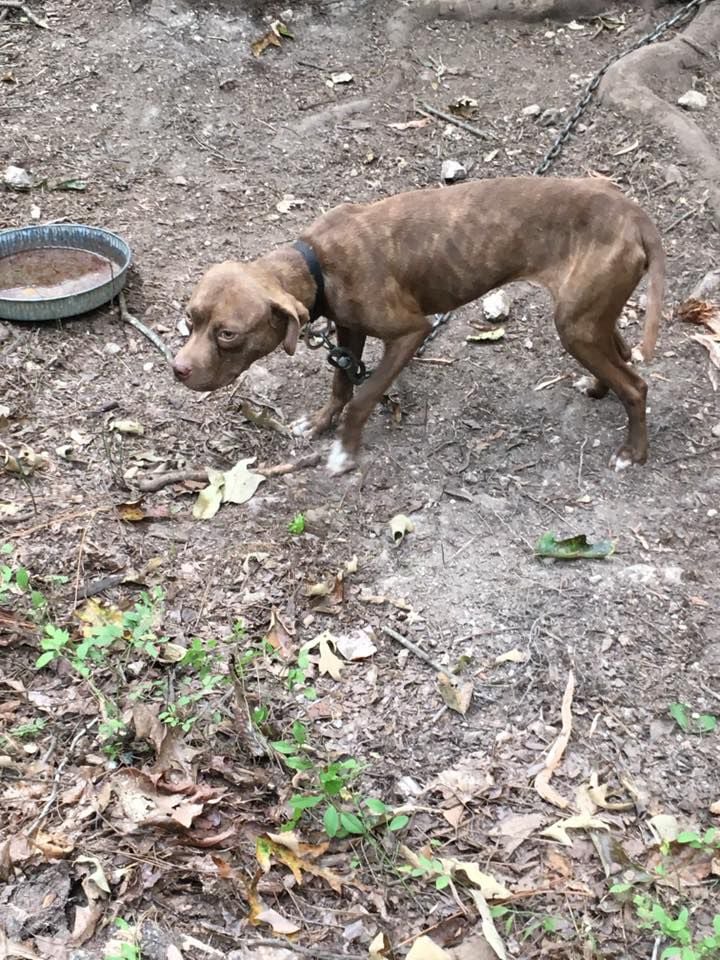 This was one of 70 dogs that was found on Cashtown Road Monday morning, which resulted in the arrest of a man previously charged with animal cruelty, dog fighting, and more. 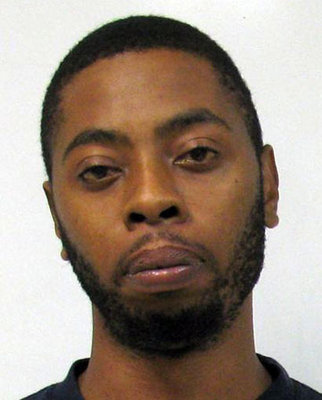 This was one of 70 dogs that was found on Cashtown Road Monday morning, which resulted in the arrest of a man previously charged with animal cruelty, dog fighting, and more.

A man has been arrested and people have been bringing food and water to assist over 70 dogs found tied up to trees on property in Aragon by Polk County authorities Monday.

Polk County Police Chief Kenny Dodd said they have Devecio Ranard Rowland, formerly of the 569 Cashtown Road address where the dogs were found, in custody he is being charged with numerous felonies.

Animal lovers have responded to the news that spread on social media, Dodd said, by stopping by the Cashtown Road address with bags of dog food purchased from local stores and are dropping it off.

“We’re taking the dog food, and we’re grateful for the donations,” he said.

In the meantime, police are guarding the property until all of the dogs can be placed. As of press time, the dogs were staying on site for the night.

“We’re working with other counties around the area right now to help house all of these dogs,” he said.

Dodd expected that all of the dogs will have a place to go by Tuesday evening.

Police and animal control found the dogs Monday morning tied up to trees with leads at Rowland’s former residence, which had been foreclosed on.

They went out to the property based on a tip, Dodd said.

He said the dogs are all pit bull-based or bulldog-based breeds, and all have been fed and watered since they were found.

The Polk County Fire Department provided brush trucks since no water service was available at the property, since it has no utilities connected.

Rowland was being processed Monday evening on the charges, totaling 70 counts of cruelty to animals. The charges were listed as misdemeanor offenses on the Polk County booking report.

He was previously arrested on similar charges in a 2010 case involving four individuals involved a dog fighting ring. At that time, animal control found 33 dogs on the same Cashtown Road property.

Editor's note: Atlanta-based attorney Victor Long took issue with the accuracy of a statement he made in this story printed in the Nov. 29 edi…