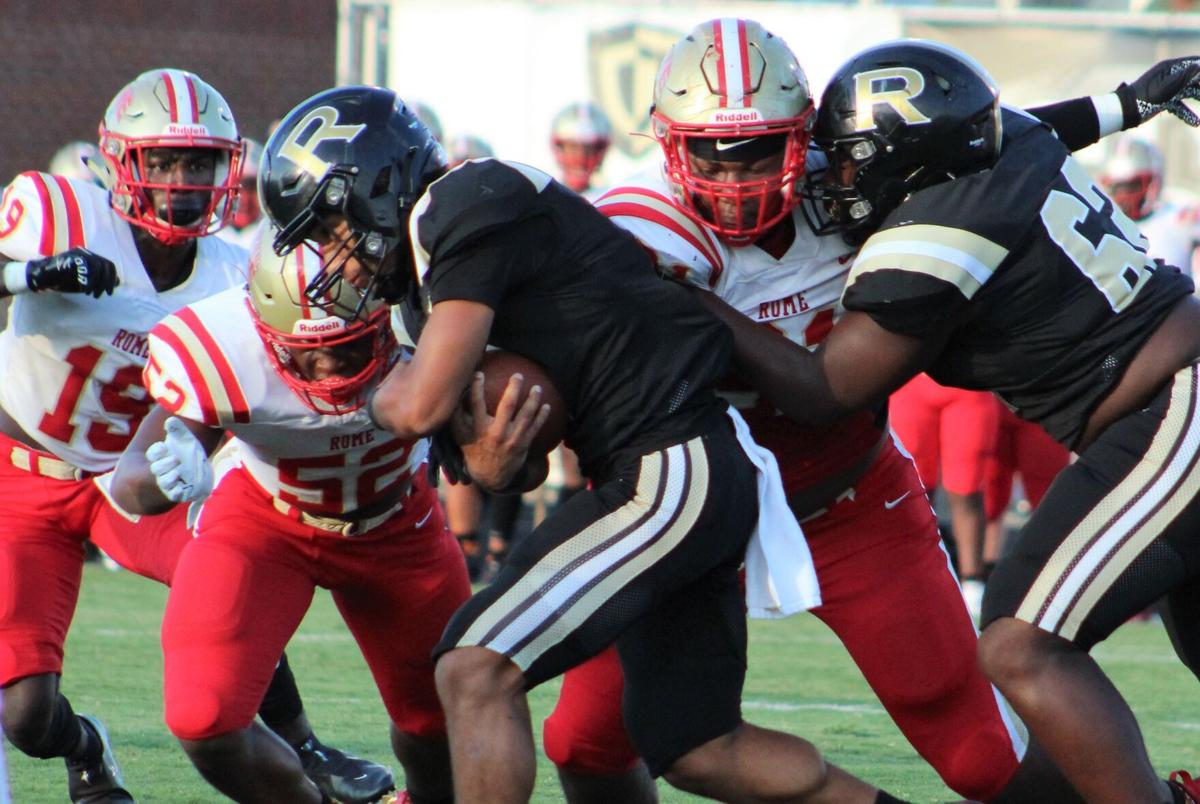 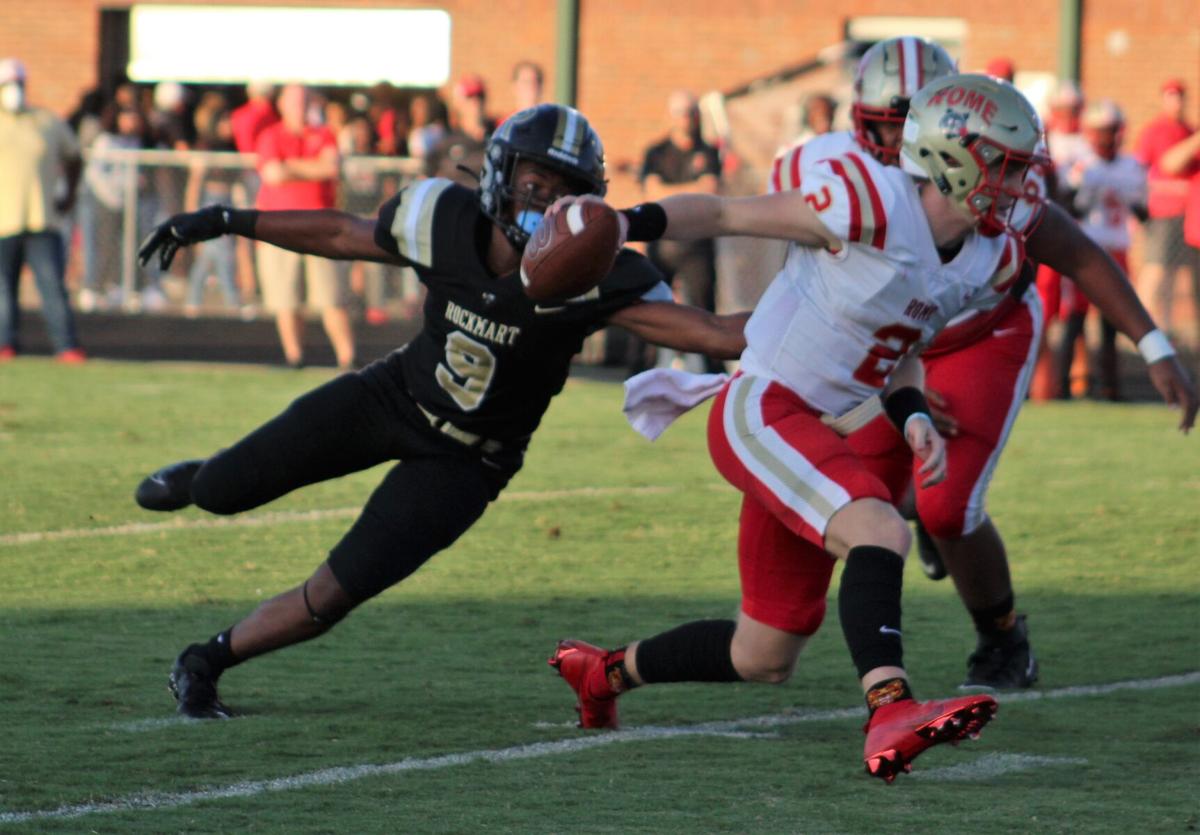 Even with some younger players stepping into key roles, Rockmart hoped it would be able to make some noise to start the 2021 football season.

The Jackets didn’t get as loud as they needed to on Friday night against a perennially powerful Class 6A Rome High squad and lost their season opener 23-7 at The Rock.

With sophomore quarterback JD Davis taking all but a few snaps in the game, Rockmart’s offense managed to wear down the visiting Wolves’ defense by the final quarter and score the Jackets’ lone touchdown of the night but it never found its momentum.

Rockmart head coach Biff Parson spoke afterwards about the problems they ran into during the first game of the season.

Davis finished 12-of-23 passing for 121 yards to go with 52 yards on 10 carries. His biggest play came late in the fourth quarter as he scrambled out of the pocket on fourth-and-4 and headed down the far sideline before getting tackled at the 1-yard line for a 25-yard gain.

Junior running back Brent Washington then pushed his way across the goal line on the next play with 3:45 left on the clock. Kicker Jose Alegria made the extra-point attempt.

It was a minor sense of relief in a game that had been full of near misses and mistakes that cost Rockmart any sustainability on drives.

The Jackets’ first two possessions were cut short after passes from Davis to Jakari Clark were dropped on third downs. It was after the second incompletion that the snap went over punter Mason Phillips’ head and out of the back of the end zone for a safety.

Rome (1-0) scored three touchdowns in the second quarter off of the arm of sophomore quarterback Reece Fountain to go up 23-0 by halftime. Fountain rested in the second half after getting dinged up by a hit on his last play before the break.

“This is not a make-or-break-a-season type of game. This is obviously a learning moment,” Parson said. “We were playing tough competition. That’s what we expect here at Rockmart. We’re not here to play cupcakes. We want to play the best of the best because we feel like we can compete, and play, and win with the best. So as long as I’m here, that’s what we’re going to do and we’ll find the right 11 that wants to do that with us.”

Rockmart (0-1) managed to make an impact in the non-region contest with Fountain out and recovered two fumbles in the third quarter while also forcing Rome to turn the ball over on downs after a fourth-and-9 pass to the end zone by Martel Hight that was broken up by Clark.

The ensuing drive saw the Jackets convert on two fourth downs on passes from Davis in the fourth quarter and get down to the Rome 5 before a fumble was recovered by the Wolves. Rockmart would finally reach the end zone on the next possession, but it wasn’t enough to turn the tide.

The Wolves threatened to score on their first drive of the game as they relied more on the running tandem of Bryson Hill and Shaun Nelson to keep them moving down the field. They got down to Rockmart’s 5-yard line before a stout defensive stand kept Hill from gaining 2 yards on fourth-and-2 and forcing a turnover on downs.

A 12-play, 60-yard drive early in the second quarter saw Rome kick into high gear with its speedy play-calling as Hill converted a fourth-and-2 inside the red zone just before Fountain lofted a 15-yard pass over the trenches to a waiting Martavious Collins as he waltzed into the end zone.

Gary Gonzalez made his first of three extra-point attempts on the night to make it 9-0 with 7:16 left in the first half.

The Class 3A Jackets punted away its final two possessions of the half while Rome used two quick drives to put two more touchdowns on the board.

The first came on the third-play of a drive that had the Wolves looking at third-and-14 before Fountain lasered a pass to Hight down the field for 72 yards. The two paired up again with 32 second left in the second quarter with a 47-yard completion for a score.

Rockmart will be back in action next Friday to take on Cedartown in the traditional Polk County rival game at the Bulldogs’ Doc Ayers Field.

This will be the 78th meeting between the two teams in the regular season, with Cedartown leading Rockmart 51-25-2. Rockmart has won the last three meetings.